While the economic impact of the Covid-19 pandemic was particularly harsh on the tourism industry-dependent Sri Lanka, a large section of society is of the opinion that the problems only aggravated due to the mishandling of the situation by the Rajapaksas. Prices of essential items including food have risen manifold forcing people to reduce their consumption. To add to this an acute shortage of cooking gas has hit households.

The Sri Lankan cabinet now has five members of the Rajapaksa family after Basil Rajapaksa, brother of Gotabaya became the finance minister. Mahindra Rajapaksa is currently serving as Prime Minister while the 78 year-old Chamal Rajapaksa is minister of irrigation. The prime minister's eldest son Namal serves as the youth and sports minister.

"Among the politicians, the most responsible for the economy are the President, the Prime Minister, and the Minister of Finance. Alas, they all come from the same Rajapaksa family! Can that be a root cause of the economic crisis today? Of course, it is," Laksiri Fernando, author and political commentator, in a recent column, published by Sri Lanka Guardian said.

Fernando added that when the present President was elected in November 2019, people even in the opposition had some hopes that he would be corrupt-free or straight forward, although his name had already been tarnished with some corruption allegations.

Many analysts have said that the current economic crisis is worse than the erstwhile LTTE problem that the nation faced. "The pandemic has hit the economy no doubt but the situation today is going out of hand. The problems are multiplying because of mismanagement. These are unusual times that need unusual resolve and policy making. Definitely none of that is happening," one of them told India Narrative.

As the country's foreign exchange reserves deplete steadily and inflation breach the double digit figure, Sri Lanka's GDP growth rate contracted by 1.5 per cent. ICRA Lanka has now sounded an alarm bell saying that the external sector troubles of Sri Lanka are on the brink of breaking point.

Sri Lanka's food prices rose by 17.5 per cent and the overall prices rose by 9.9 per cent from a year ago, recording the highest in at least in 10 years, but in reality the prices have climbed in several multiples in the last couple of months than what the official prices suggest, Daily Mirror said. 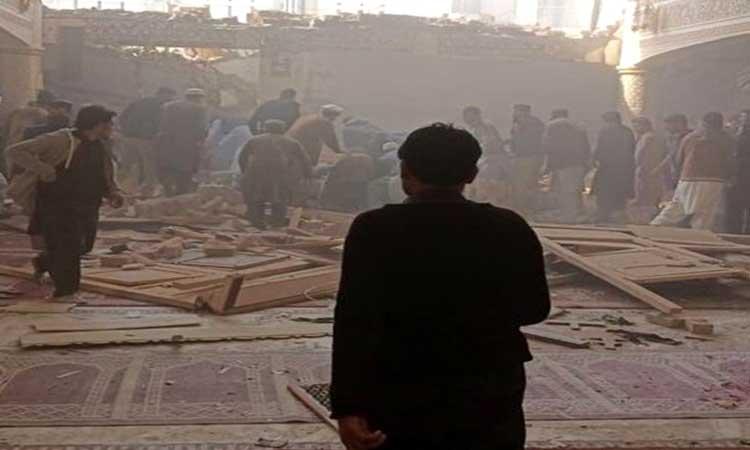 Mystery how suicide bomber managed to sneak in to Peshawar mosque

Half a million UK workers strike over pay amid high inflation