The International Cricket Council (ICC) On Thursday named Pakistan captain Babar Azam in the shortlist for the ICC Men's ODI Cricketer of the Year award in 2022.

Azam, who had won the award in 2021, is nominated for the same honour in 2022 alongside Australia's leg-spinner Adam Zampa, West Indies' opener Shai Hope and Zimbabwe's off-spin all-rounder Sikandar Raza.

Azam has been at the top of the men's ODI player rankings since July 2021, scored 679 runs at a stunning average of 84.87 in the nine matches he played this year, registered eight scores of more than fifty, three of which he converted into hundreds.

As a captain, Azam had a memorable year as captain of the Pakistan ODI team, winning three out of three series. Pakistan were unstoppable in the ODI format, losing just one match (against Australia) out of nine.

Azam's best effort in ODIs this year was 114 against Australia in Lahore. Set a daunting target of 349 by Australia, Azam put on a masterclass in chasing a total. Walking out to bat when his team needed 231 from 187 balls, Babar almost took his side home with an exceptional display of shot-making.

He brought up his hundred off just 73 balls, his fastest ever in ODI cricket and stuck around till the 44th over. The rest of the batters finished the job as they recorded their highest-ever successful chase in ODIs.

Zampa enjoyed his joint-most prolific year in ODI cricket in 2022, matching his tally of 30 wickets from his debut year in 2016. His feat was even more impressive this year considering nine of the 12 matches he played were at home. He began the year on a high with a four-wicket haul and finished with a couple more to round off a great 2022.

Zampa's memorable performance came when he spun a web around New Zealand with a stunning five-for that wrapped the innings up for a meagre 82. The rub of the green was on Zampa's side as Kane Williamson missed a full toss to be trapped lbw. In his very next over, he trapped Daryl Mitchell in front of the stumps, leaving New Zealand reeling at 38/5.

Zampa wiped out the tail and finished with figures of 5/35, which was his maiden five-wicket haul in ODI cricket and his best figures in the 50-over format. Earlier, he scored a crucial 16 runs, stitching a 31-run stand with Mitchell Starc for the ninth wicket which helped Australia post a fighting total.

Raza aggregated 645 runs at an average of 49.61 and strike rate of 87.16, making two fifties to complement the three centuries. All of his runs came against top sides that have been brilliant in the white-ball game in 2022.

The 36-year-old scored three centuries, all of which came while chasing, with two resulting in victories, one of which was a famous chase of 292 against Bangladesh and another almost taking Zimbabwe across the line against India. With the ball in hand, Raza was ever-reliable, scalping eight wickets while giving away just more than five an over.

Hope made his ODI debut in 2016 and since 2017, he has finished every year as West Indies' highest run-scorer in ODIs. 2022 was no different as he was once again one of the few shining stars for the West Indies in a difficult year.

Hope did not get off the greatest of starts in 2022 but in typical fashion started to grind out runs in the latter half. He finished the year with 709 runs, which include three hundreds and two fifties, at an average of 35.45. 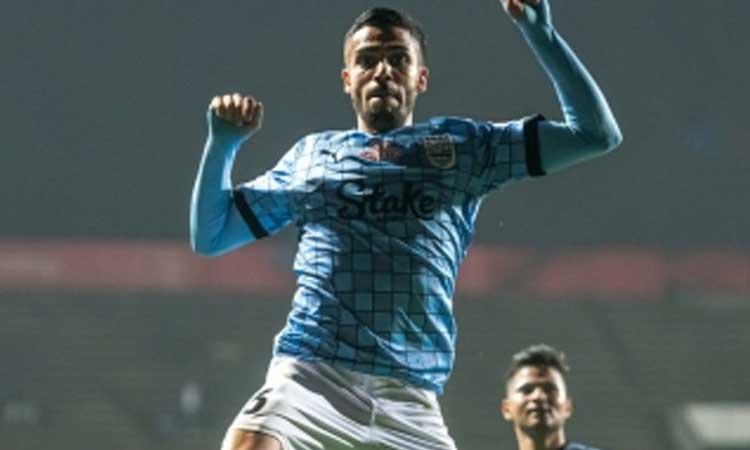