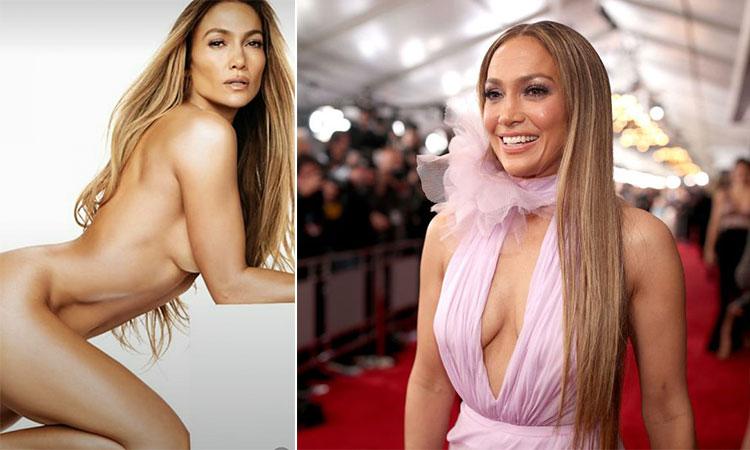 On her birthday, JLo appears in her birthday suit
IANS - Monday , 25 July 2022 | 01 : 18 PM
The said picture was featured in a video campaign shared on Instagram, reports aceshowbiz.com. Alongside the post, she wrote: "We give all this care and attention to the skin on our face, but we sometimes neglect the body. It was important to me to create a skincare routine for the body to address its specific and unique needs, and we started with the booty!" 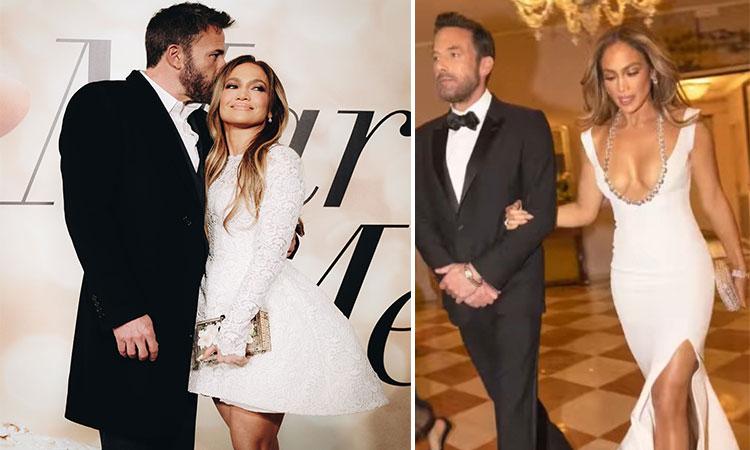 JLo, Ben Affleck set for bigger second wedding after Las Vegas ceremony
IANS - Tuesday , 19 July 2022 | 12 : 44 PM
A source told People that the newlyweds "plan on having a bigger party so they can celebrate with family and friends." The insider added: "They don't have a honeymoon planned yet. Jennifer says that every day with Ben is a honeymoon." "Ever since they started dating again, Jennifer has truly believed that this is it," the so-called inside source went on. 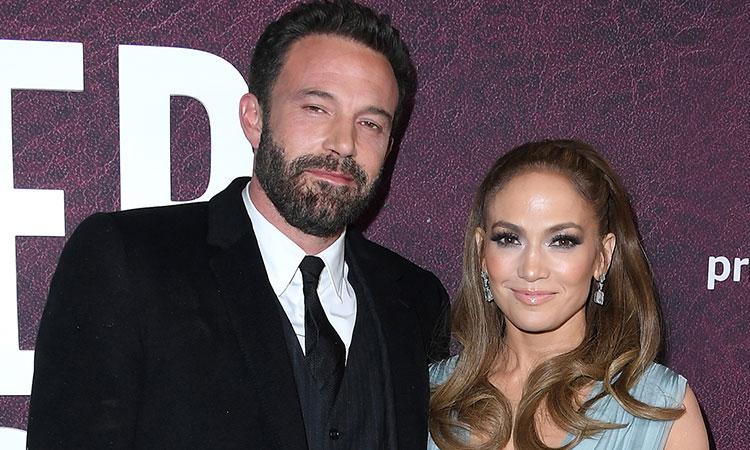 Jennifer Lopez and Ben Affleck get legally wedded in Las Vegas; She also adds his surname
IANS - Monday , 18 July 2022 | 11 : 18 AM
According to a marriage license on the online records for Clark County, Nevada, the couple's official marriage was filed on Saturday, reports Variety. The record is in both of their legal names: Benjamin Geza Affleck and Jennifer Lynn Lopez. Significantly, the record also indicates that Jennifer Lopez took Affleck as her legal last name. 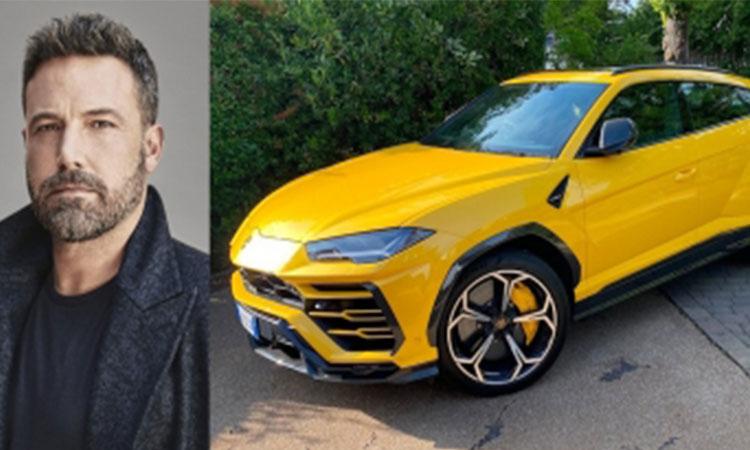 Ben Affleck's 10-year-old son rams Lamborghini into parked BMW
IANS - Tuesday , 28 June 2022 | 02 : 41 PM
Along with actress-singer Jennifer Lopez and his son Samuel, Ben Affleck recently went to 777 Exotics, a Beverly Hills luxury car rental dealership. They were all looking at various cars when Ben let Samuel hop into the driver's seat of a yellow Lambo. According to 'TMZ', it appears that Samuel or someone else had the engine running, so when the boy put the Lambo in reverse, the supercar rammed into the stationary white BMW.
Advertisement 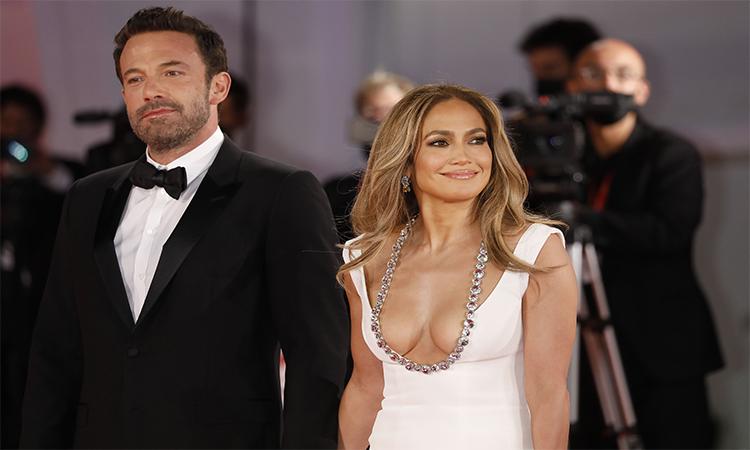 Ben Affleck healthier than ever, thanks to JLo
IANS - Monday , 27 September 2021 | 11 : 55 AM
Affleck has been to rehab several times to work on his sobriety over the years, and avoiding alcohol is even "easier" now that he's back with Lopez because she doesn't drink alcohol and leads a very healthy lifestyle, reports aceshowbiz.com. 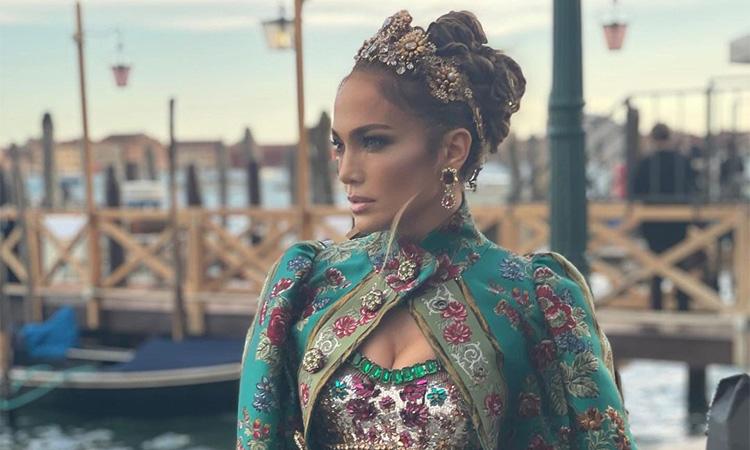 JLo accidentally leaves price tag on Dolce & Gabbana cape
IANS - Monday , 30 August 2021 | 04 : 44 PM
Hollywood singer and actor Jennifer Lopez left the price tag hanging on a green silk floral cape that she wore for a recent event. The 52-year-old star strutted along a jetty as she left her hotel, making her way to a water taxi to take her to the glam event. She had her security and glam team but her stylists failed to notice the label still attached to the cape, reports dailymail.co.uk. 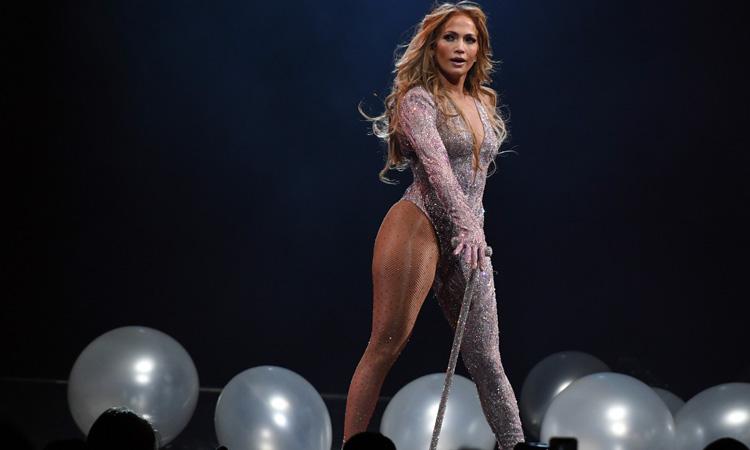 Jennifer Lopez was filled with anxiety during lockdown
IANS - Thursday , 11 February 2021 | 09 : 35 AM
Talking about her postponed nuptials, she said: "It was a big deal. We had been planning for months and months and months, and it was overseas. Maybe it wasn't the right time." This comes after Lopez shared that she is worried and Rodriguez won't be able to "re-create" their dream wedding.
Advertisement