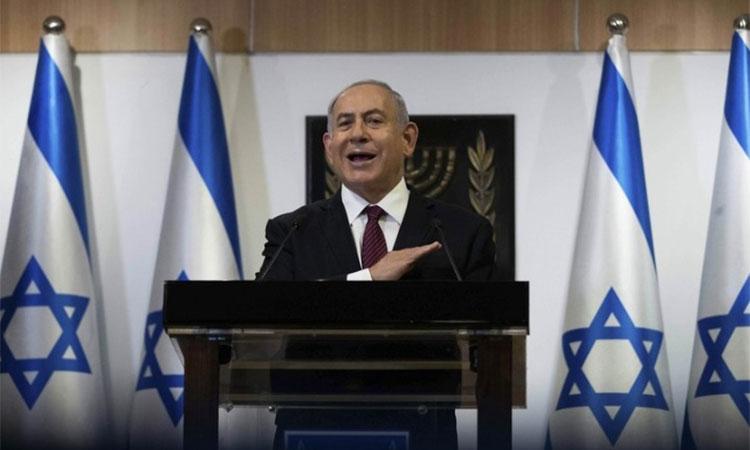 Israeli Prez gives Netanyahu extension to form govt
IANS - Saturday , 10 December 2022 | 09 : 19 AM
Netanyahu submitted the extention request on Thursday evening before the mandate expires at midnight between Saturday and Sunday, as he has not secured agreements with all his potential coalition partners. Netanyahu will now need to conclude his efforts by December 21, Xinhua news agency reported. 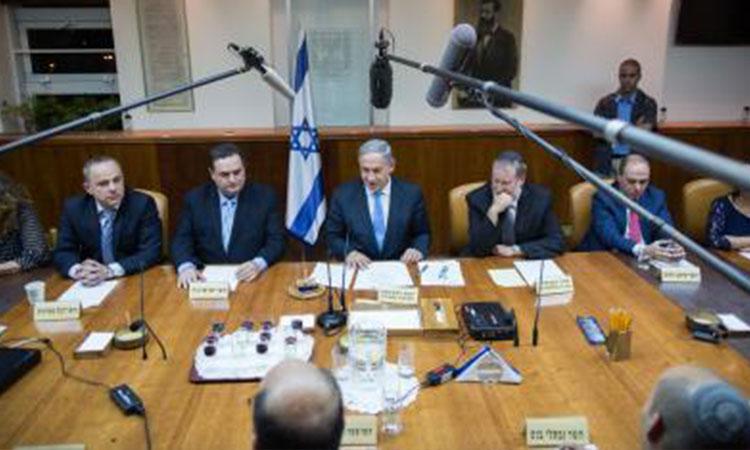 Israel's Netanyahu signs coalition deal with 2nd far-right party
IANS - Monday , 28 November 2022 | 08 : 58 AM
Under the agreement, Noam's leader and its sole lawmaker Avi Maoz will serve as a Deputy Minister in the Prime Minister's Office and would be in charge of a new agency called "National Jewish Identity Authority," the Likud party announced in a statement on Sunday. Maoz will also be in charge of Nativ, a governmental bureau that maintains contact with Jews in the former Soviet republics and encourages them to immigrate to Israel, Xinhua news agency reported. 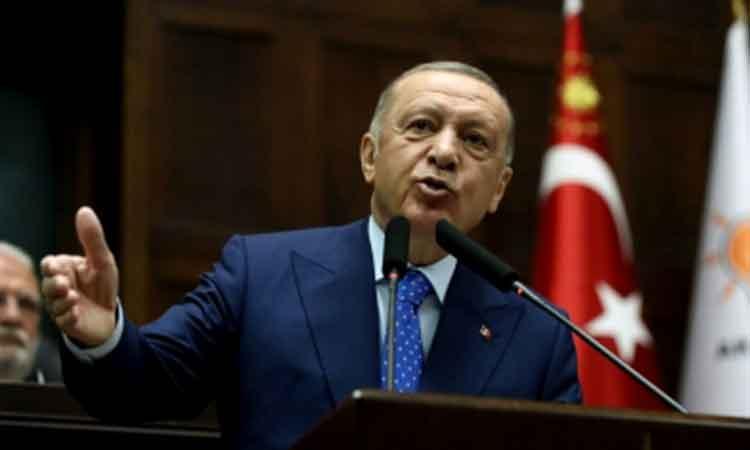 Turkish-Israeli ties enter 'new era': Erdogan
IANS - Friday , 18 November 2022 | 09 : 47 AM
Erdogan made the remarks on Thursday in phone talks with Israel's Prime Minister-designate Benjamin Netanyahu, the first of its kind between the two leaders after years-long strained ties between the two countries, Xinhua news agency reported. During their phone talk, Erdogan said that it is in the interest of both sides to continue the relations. 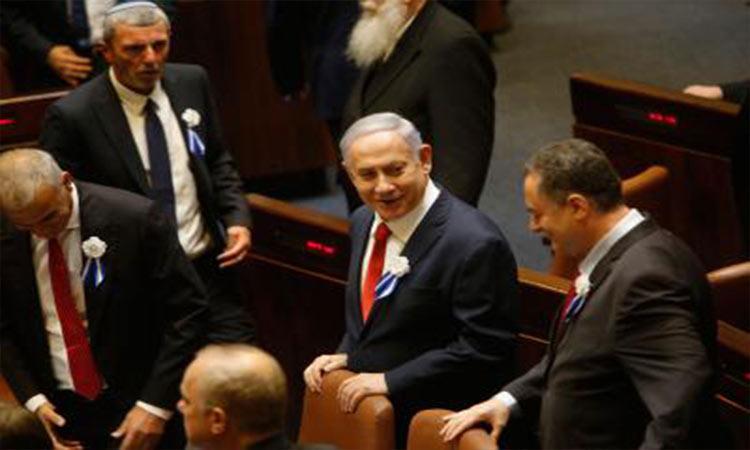 Israel's new parliament sworn in
IANS - Wednesday , 16 November 2022 | 09 : 20 AM
The 120 elected lawmakers were sworn-in at a session of the parliament, or Knesset, on Tuesday hosted by President Isaac Herzog, Xinhua news agency reported. During the session, Herzog urged unity and understanding among lawmakers, as Israelis "are exhausted from the infighting and the fallout" after going through five elections in nearly four years.
Advertisement 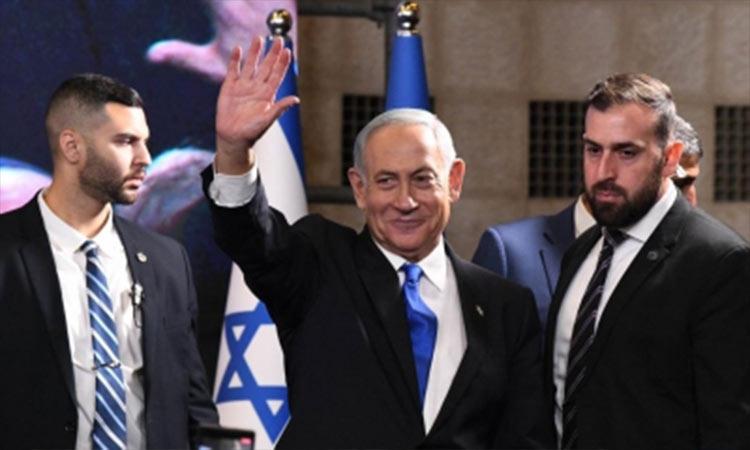 Biden assures Netanyahu of unwavering support for Israel
IANS - Tuesday , 08 November 2022 | 10 : 18 AM
During the call on Monday, Biden commended Netanyahu on "Israel's free and fair elections" and also reaffirmed the strength of the bilateral partnership, based on a "bedrock of shared democratic values and mutual interests", according to the statement. The White House added that the two leaders agreed to speak again at the conclusion of Israel's government formation process. 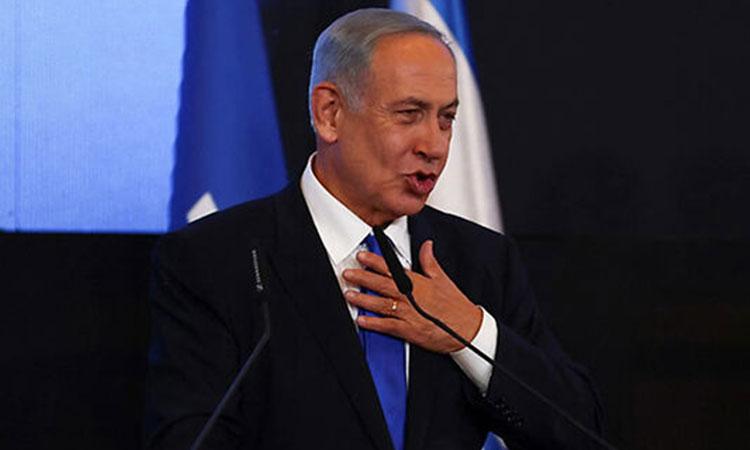 Israel polls: Netanyahu-led alliance wins majority, Lapid concedes defeat
IANS - Friday , 04 November 2022 | 09 : 00 AM
As the final thousands of votes were being tallied Thursday evening, Prime Minister Yair Lapid called opposition leader Netanyahu to concede the race and congratulate him on his election victory, The Times of Israel reported. "The State of Israel is above any political considerations," Lapid said in a statement. "I wish Netanyahu good luck for the people of Israel and the State of Israel." Netanyahu will control not just the largest party in the Knesset (Israeli parliament), but is poised to return to power leading a 64-strong majority bloc of his religious and right-wing allies in the 120-member Knesset. 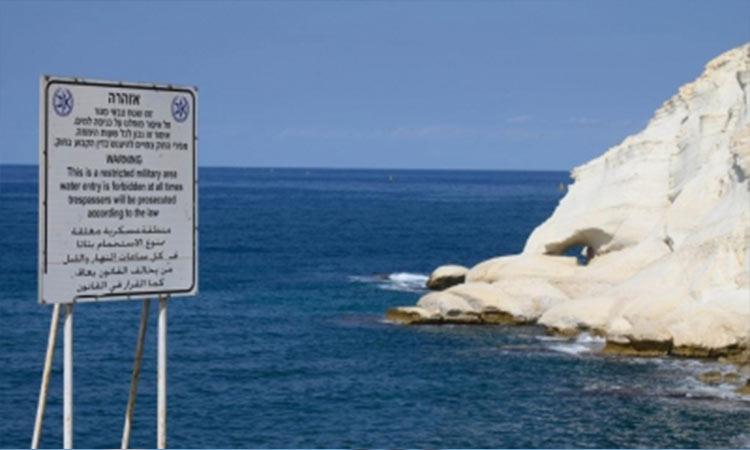 US brokered Israel-Lebanon maritime agreement
IANS - Tuesday , 18 October 2022 | 11 : 12 AM
Further, it has in a de-facto manner, forced Lebanon to accept Israel as a sovereign nation, which it has refused to do so till now, as it maintains no diplomatic relations with Israel. The disputed 860 sq.km area of the Mediterranean Sea potentially holds billions of dollars' worth of oil and gas. Tensions between Israel and Lebanon worsened earlier this year when, in June, a London-based vessel arrived to develop a gas field for Israel. 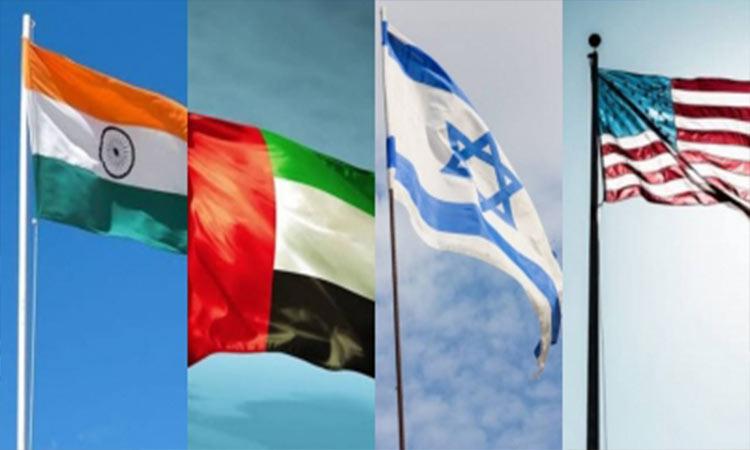 I2U2 diplomats meet to review projects, discuss cooperation
IANS - Wednesday , 21 September 2022 | 11 : 53 AM
The meeting on Tuesday that took place on the sidelines of the UN General Assembly was attended by India's External Affairs Secretary for Economic Relations Dammu Ravi, US Under Secretary of State Jose Fernandez, Israeli Ministry of Foreign Affairs Director General Alon Ushpiz, the UAE's Minister of State Ahmed bin Ali Al Sayegh. The participants expressed their countries' "commitment to deepening the economic partnership among the four countries", according to the State Department.
Advertisement 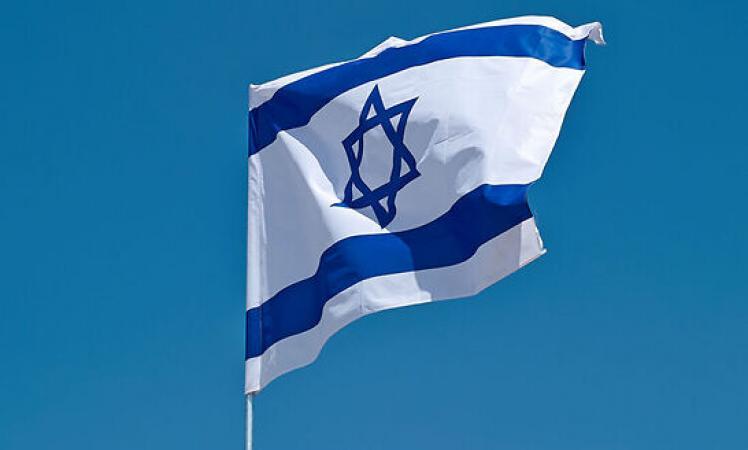 Israel to reappoint envoy to Turkey 'within weeks'
IANS - Saturday , 27 August 2022 | 07 : 39 PM
Lillian said Israel will never give up on the natural gas pipeline project in the Eastern Mediterranean but his country "shares views on energy with Turkey", reports Xinhua news agency. She reiterated that Israel is expecting the Hamas office in Istanbul to be closed, saying closing the office will make a positive contribution to Turkey-Israel relations. The Turkish government has warm relations with Hamas, the ruling faction of the Israel-blockaded Gaza Strip. 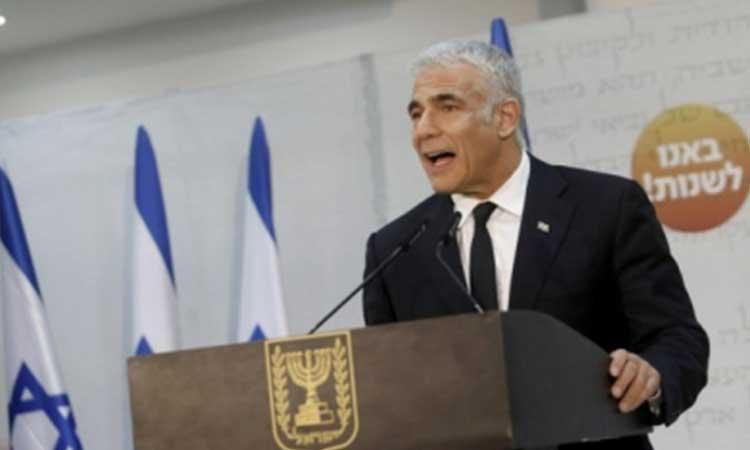 Israeli Prime Minister blasts 'bad' proposal to restore Iran nuke deal
IANS - Thursday , 25 August 2022 | 10 : 56 AM
"On the table right now is a bad deal," Lapid told here on Wednesday, arguing it will result in Tehran having $100 billion more a year at its disposal due to lifting of sanctions. "This money will not build schools or hospitals. This is a $100 billion a year that will be used to undermine stability in the Middle East and spread terror around the globe."
Advertisement