Defying Covid-19 protocols amidst the scare of the new Omicron variant, crowds of holidaymakers have descended onto Himachal Pradesh's popular tourist resorts Shimla, Narkanda, Dharamsala, Kalpa, Manali, Dalhousie and elsewhere, the highest-ever arrival of tourists in the history, to ring in the New Year with carnivals and musicals amidst a snowy landscape.

After a day of snowfall in Manali, Kalpa and other destinations on higher reaches, turning them more picturesque, the Met Office in Shimla on Saturday predicted the sun will shine across the state till January 5, 2023.

But the prevailing minimum temperature in most of the places will stay close to sub-zero with chances of dense fog in low hills.

Members of the hospitality industry told IANS that most of the hotels across the state have been seeing close to 95 per cent occupancy.

An official with the state tourism department advises the tourists to get an advance booking of a hotel or a homestay unit before travelling.

By evening of December 31, he said, the occupancy could reach 100 per cent, a record business after the two toughest years ever seen by the travel industry.

"We are expecting to see a good business this weekend and next week also seeing the influx of the tourist arrival and the booking enquiries we are getting," Himachal Pradesh Tourism Development Corporation (HPTDC) Manager Nand Lal, who is posted in Holiday Home hotel here, told IANS.

After Kothi and Solang valley receiving the snowfall, Kullu Police have advised motorists not to travel beyond Nehru Kund, 7 km from Manali town, on December 31 as the road beyond is slippery.

"We are advising the motorists, especially the tourists, to park their vehicles at the parking lot in Solang to visit nearby places on foot," a police official told IANS.

On December 29, tourists stranded in nearly 100 vehicles overnight in the 9.02-km long horseshoe-shaped Atal Tunnel, the world's longest motorable tunnel, for hours after the onset of heavy snowfall in the region. The local administration had a tough time in rescuing them, a majority of them tourists who were merrymaking and taking selfies amidst the snowy landscape.

With easy access to the picturesque Lahaul Valley, the two-lane Atal Tunnel constructed under the 3,978 metre Rohtang Pass in the Pir Panjal range, some 30 km from Manali, is a memorable 'tunnel tourisma' destination.

The tunnel, inaugurated by Prime Minister Narendra Modi on October 3, 2020, has shortened the distance between Manali and Keylong, the headquarters of Lahaul-Spiti, by 46 km, reducing the travel time by nearly three hours. It has ensured all-weather connectivity too.

According to the state tourism department, more than 20,000 tourists travel through the Atal Tunnel every day during the peak tourist season and tourism, including skiing, trekking and paragliding, is a key source of income for the local people.

Manali-based Prem Thakur of The Byke Neelkanth hotel said the tourists from Manali now prefer to travel towards the Lahaul Valley via the Atal Tunnel, rather than taking the long and treacherous route of the Rohtang Pass even when it is opened for traffic.

"Snow is the only attraction for the tourists and the mighty Rohtang Pass is the only destination near Manali that remains marooned in snow cover till end of May. In this season, when the Rohtang Pass is closed for the traffic, snow-laden slopes along the Atal Tunnel and beyond are their preferred list," he added.

But a word of caution for the holidaymakers. The police have advised them to follow the protocol as the threat of Covid-19 looming again.

"We are using drones at entry points of Shimla, Parwanoo and Pandoh for accurate estimation of the number of tourists entering the state," a police spokesperson told IANS.

Anjali Gabba, a senior executive with a Chandigarh-based multinational company, said: "It is really pleasant to be back in the hills of Shimla to ring in the New Year with musical parties."

Her husband Bikram added: "We have been coming here every winter to enjoy cool sunshine that is missing in the plains owing to foggy weather."

Tour operators in Shimla have been advising tourists to plan trips to Narkanda to enjoy the snow-laden hills.

Issuing a warning to the hoteliers to follow the standard operating procedures, the police urged the tourists to adhere to the guidelines and wear the masks and maintain social distance.

Himachal Pradesh has no high-end hotels and restaurants in far-off areas. Rural home-stays that started in 2008 have been driving tourists to the interiors and that are the best option to stay and enjoy the virgin nature and snowy landscape.

The state's economy is highly dependent on tourism, besides hydroelectric power and horticulture. 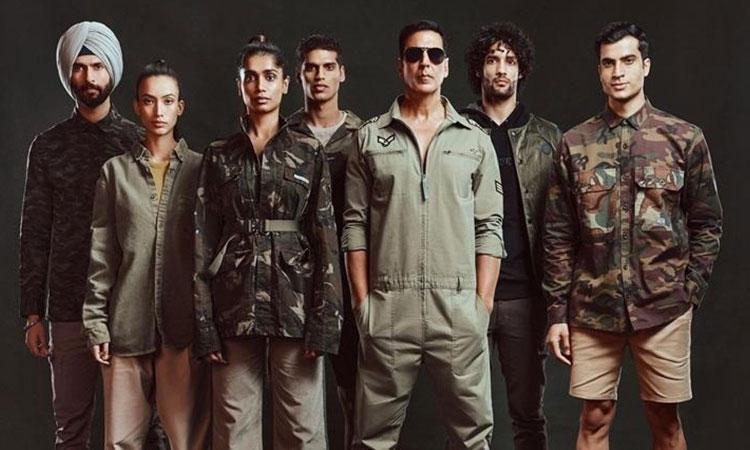