Terming them "not correct or inadequate responses", the Samyukt Kisan Morcha (SKM) said that Agriculture Minister Narendra Singh Tomar's comments that a Committee to deliberate on the issues of crop diversification, zero-budget farming, and making the MSP system more transparent and effective is fulfilment of farmers' demand on MSP is "patently unjustified and illogical".

A day ahead of the government putting up the farm laws repeal bill in Parliament and a day after Tomar had said: "Centre has also accepted the unions' demand for decriminalising stubble burning by farmers," the SKM termed that claim as incorrect too.

Agreeing to the demands of the farmers - agitating for over a year under the consortium of SKM, Prime Minister Narendra Modi had announced last week to repeal the three contentious farm laws. Accordingly, the government listed the bill to repeal the three farm laws in its business in Lok Sabha for Monday, the first day of the Winter session of the Parliament.

Tomar had spoken with the media on Saturday and suggested that the farmers should end their agitation.

"Union Minister Narendra Singh Tomar's media comments are not correct or adequate responses that are acceptable to the protesting farmers. He is incorrect and unreasonable in saying that with the constitution of the PM-announced Committee, 'farmers' demand on MSP stands fulfilled'," the SKM said in a release.

"It is patently unjustified and illogical to claim that a Committee 'to deliberate on the issues of crop diversification, zero-budget farming, and making the MSP system more transparent and effective' is about fulfilment of farmers' demand on MSP! Mr Tomar is also wrong in claiming that the 'Centre has also accepted the unions' demand for decriminalising stubble burning by farmers'," the release added.

The SKM pointed out that even when it is not called as 'penalties' in as many words, The Commission for Air Quality Management in National Capital Region and Adjoining Areas Act 2021 continues to have a new section 15 called 'Environmental Compensation', which states that the "Commission may impose and collect environmental compensation from farmers causing air pollution by stubble burning, at such rate and in such manner, as may be prescribed".

The Agriculture Minister was also silent on the Electricity Amendments Bill 2021, which is now listed for the Parliament's Winter Session, the farmers' body said.

Referring to Tomar's comment that withdrawal of cases filed against farmers and also compensation to the martyrs of the movement are matters for state governments, and that they will decide on these matters, the SKM said: "Punjab already has commitments on both these issues. Given that all the other states are BJP-ruled states and given that the agitation arose due to the anti-farmer measures of the BJP-ruled government of India, it is important that the commitment has to come with the Union Government, which has to ensure that BJP-ruled states comply with the commitment."

The SKM statement also pointed out that the Minister was also silent on the Lakhimpur Kheri massacre related demand for Minister of State for Home Ajay Mishra Teni's arrest and dismissal. It also listed several pending issues to be sorted out by the government.

"Against this background, SKM also points out that without resumption of dialogue with farmers, the Union Government cannot hope to end the farmers' protests in undemocratic, unilateral ways," the statement said.

The government is set to introduce and put up for consideration and passing The Farm Laws Repeal Bill 2021 which will repeal the Farmers (Empowerment and Protection) Agreement on Price Assurance and Farm Services Act, 2020, the Farmers' Produce Trade and Commerce (Promotion and Facilitation) Act, 2020, the Essential Commodities (Amendment) Act, 2020 and to amend the Essential Commodities Act, 1955.

Meanwhile, the farmers said they will "take a decision on further action in the next meeting of SKM on December 4 with time being given to the Modi government to respond formally to the letter sent by SKM, by suspending the planned Tractor March to Sansad from November 29".

The Shetkari Kamgar Mahapanchayat was held at Mumbai's Azad Maidan that witnessed a massive participation of thousands of farmers with at least 100 organisations coming together for the same.

"Peasants, workers, agricultural labourers, women, youth and students of all religions and castes from all over Maharashtra thronged the Mahapanchayat. Several SKM leaders took part in the event that celebrated the historic victory over the BJP-RSS government of the year-long farmers struggle in getting the farm laws repealed, and also declared its determination to fight for the remaining demands," the SKM statement said. . 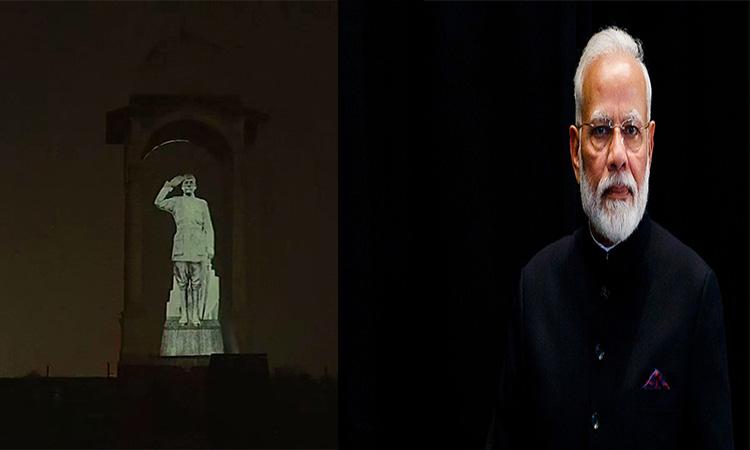