Actor Gajraj Rao, who will be soon seen in the upcoming streaming movie 'Maja Ma', feels that his co-actor in the film, Ritwik Bhowmik has quite an expressive set of eyes. The senior actor went on to compare Ritwik's eyes with that of Bollywood superstar Ajay Devgn's.

While talking to the media at the trailer launch event of the film in Mumbai on Thursday, Gajraj spoke in shuddh Hindi about his experience of working in the film and with young crop of talents like Ritwik, Shrishti Shrivastava and Barkha Singh.

Gajraj first spoke about working with Madhuri and how barring one or two instances, he never saw Madhuri with a script in her hands on the sets. He said: "Main aksar lines bhool jata hoon isliye mujhe script saath mein chaahiye hoti hai (I often forget my lines. Hence, I always need a script in my hands) but Madhuri ji was always well-prepared having memorised all her lines."

The constant banter between Gajraj and Ritwik formed the bedrock of the media interaction.

The actor then spoke about Ritwik and said: "I was amazed looking at Ritwik ki wo kisi bhi scene mein kitna kam bolte hain, minimum use of dialogues par inki aankhen kamaal karti hain jaise ki humaare Ajay Devgn sahab ki aankhen bolti hain (Ritwik speaks so less in the scenes rather he lets his eyes do the talking. It reminds me of Ajay Devgn, who also has a very expressive pair of eyes)."

Receiving the compliment, Ritwik was humbled beyond words. 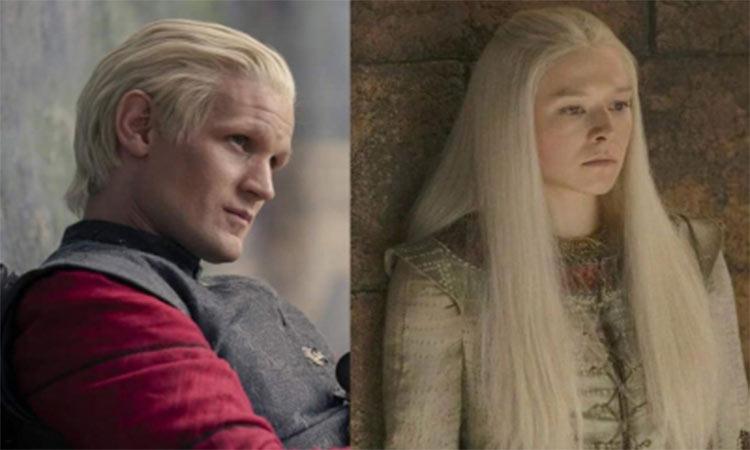