The government of Prime Minister Narendra Modi has come out with flying colours in curbing hinterland terror, with only seven such extremist attacks notched in the past over eight years of the NDA rule, a RTI reply has revealed here.

Besides, there has been minimal loss of lives, 11 civilians and 11 security personnel killed, and injuries sustained by 52 civilians and 44 by security forces, from 2014-till date.

These and other significant revelations came in a RTI reply by the Union Home Ministry to Pune-based activist Prafful Sarda.

"I had sought details of all terror strikes that took place in India, from 2004 till date, implying, during the UPA tenure of former Prime Minister Dr. Manmohan Singh and the NDA government of Prime Minister Modi," Sarda said.

The RTI reply provides startling details of the UPA regime from 2004-2013, a total of 42 hinterland terror attacks killing 853 civilians and 18 security personnel, and leaving 3,147 civilians injured, with zero casualties on the security side.

The data indicates that 2008 and 2006 were the worst years in terms of extremist strikes in the hinterlands, recording 306 and 238 civilian deaths plus 833 and 1,266 civilian injuries, respectively.

In 2008, which includes the dastardly 26/11 Mumbai terror attacks, 18 security personnel were killed and 9 terrorists from Pakistan were killed while one Ajmal Kasab was caught alive, tried and secretly hanged on November 21, 2012.

The other major incidents of 2008 include: attacks in Rampur (Uttar Pradesh), Jaipur in May, Bengaluru and Ahmedabad in July, Delhi and Mehrauli, Malegaon and Gujarat, all in September, Agartala, Imphal and Assam, all in October.

The RTI reply by the Ministry's Director (CT-I) & CPIO Chanchal Yadav had provided the details pertaining only to terror hits or bomb blasts in the �hinterland' of India, or the civilian areas.

"Its puzzling why the officer restricted the reply to �hinterland' regions, and conveniently omitted the crucial terror activities in the border states. So, this doesn't reveal the true picture of how many times the country was really targeted between 2014-till date both on the borders and interiors," said Sarda.

The activist pointed out that the Centre has named the state �police' as the first responder to any terrorist/criminal activities, and thereby appears to "club together terror-crime incidents" in the country.

Also read | 'India is mother of democracy, diversity is its strength': Top 10 quotes of PM Modi from his Indpendendence Day 2022 speech

Sarda said the CPIO has directed the RTI queries for Jammu & Kashmir, Left Wing Extremism (Maoist/Naxalism) and North-East to the concerned departments, but their responses are awaited.

However, the Centre has taken various critical administartive and legislative measures to rein in hinterland terrorism in the past 18 years. 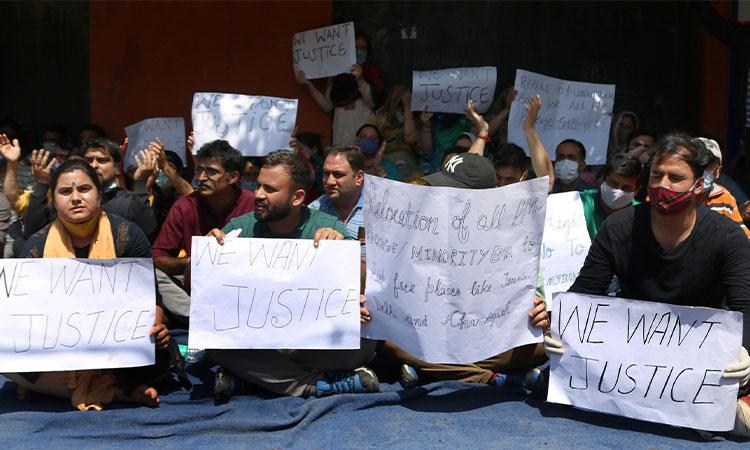