China has recently conveyed to the Nepali government that it won't be able to reopen two major border crossings with Nepal for bilateral trade until the COVID-19 pandemic comes fully under control in its Tibetan Autonomous Region (TAR), authorities in Kathmandu said.

As a result, Nepali importers doing business with China have incurred huge losses as Nepal-bound container trucks carrying their goods have stranded in different towns of Tibet including Nyalam, Kerung and Shigatse.

"The Chinese side has unofficially conveyed to us that they can't reopen border points until the coronavirus is brought down under control in Tibet," an official at the Nepal's Ministry of Foreign Affairs dealing with China, told India Narrative, on Sunday.

In a diplomatic correspondence to the foreign ministry, Nepali Consulate Office in Lhasa, the capital of Tibet, stated that at least 60 Nepal-bound container trucks carrying goods have been stranded in Tibet towns including Kerung and Shigatse for the past three weeks. This is of course not the first time that trucks have been stranded along the Nepal-China border areas.

Ram Prasad Mainali, chief officer at the Rasuwagadhi custom point of Nepal bordering China's Kerung city, said that they are still not sure when the Chinese side will reopen the border for bilateral trade.

"It's been nearly three weeks the Nepal-bounder container trucks carrying goods have not been allowed to enter Nepal from the Tibetan side, owing to the pandemic. We don't know when the border point will reopen," Mainali told India Narrative over telephone on Sunday.

Nepal imported goods worth Nepali rupees 233.9 billion while the export of goods was valued at just Rs1 billion in the year 2021. China has remained Nepal's second largest trading partner after India.

Some officials smell rat whether there is any other political reason behind the sudden border closure with Nepal.

In a recent meeting between the Nepali and Chinese foreign ministers-Narayan Khadka and Wang Yi-in Qingdo city of China, the former reportedly expressed reluctance to accelerate already finalized development projects under Beijing's flagship Belt and Road Initiative (BRI), fearing the possibility of a "debt trap" similar that of Pakistan and Sri Lanka.

"It is our unstated policy now that we can't receive commercial loans from China like Pakistan and Sri Lanka. We have only preferred grants from China. Coming back to the point of border closure, we can't categorically say that the Chinese side is giving us a cold response due to our reservation in receiving commercial loans under the BRI projects," the official said.

On an average, per day 14 container trucks loaded with goods would come to Nepal from China through Rasuwagadhi-Kerung border points before the border closure, according to officials.

As major Hindu festivals Teej and Dashain are inching closer, Nepali traders have already placed their orders in China. Nepal receives most of the goods targeted for the festive season through Tatopani-Zhangmu and Rasuwagadhi-Kerung border points with China.

Last time, China reopened the Tatopati-Zhangmu trade point in March 2020 amid the pandemic. But that did not last long. China closed the border point immediately owing to the growing number of COVID-19 infections in Nepal.

Some container trucks loaded with goods have been rerouted through Kolkata city of India's West Bengal via sea after China recently closed the major trade points, according to Nepali traders.

It takes at least 35 days for the rerouted containers to arrive in Kathmandu via Kolkata while it takes only 15 days from the overland route.

Nepal shares a 1,414 km border with China's Tibet region. This is not the first time China is closing its border points with Nepal. In the immediate aftermath of the 2015 devastating earthquakes, China closed border points with Nepal for two years. The border points came into operation in March 2017. However, with the beginning of the pandemic in 2019, China enforced various restrictions along border points, resulting in limited trade between the two countries.

Even as Nepal and China agreed to set up a joint mechanism for pandemic control in border ports when the Nepali foreign minister Khadka met his Chinese counterpart Wang Yi in the second week of August, no homework has been done towards this effect.

"The two foreign ministers decided to establish a joint mechanism for pandemic control in border ports. They also agreed to open Rasuwagadhi-Kerung and Tatopani-Zhangmu ports for two-way trade and Hilsa-Purang port for one way trade which will take place as soon as the fresh wave of COVID-19 pandemic in Tibet Autonomous Region of China is controlled," read a statement issued by the Nepali side after the meeting between the two foreign ministers. 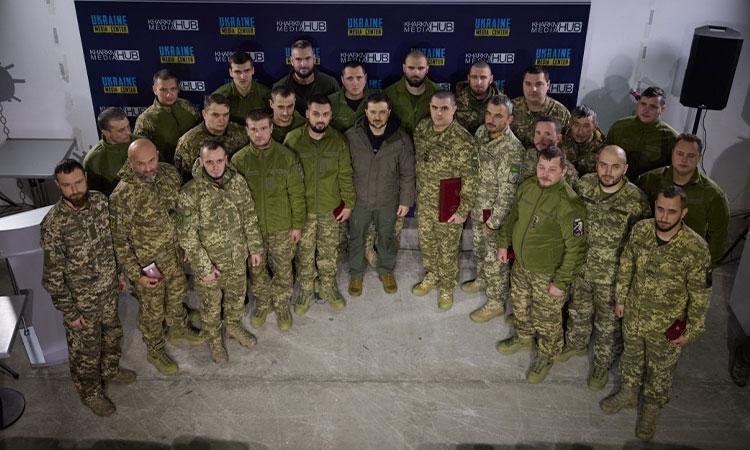