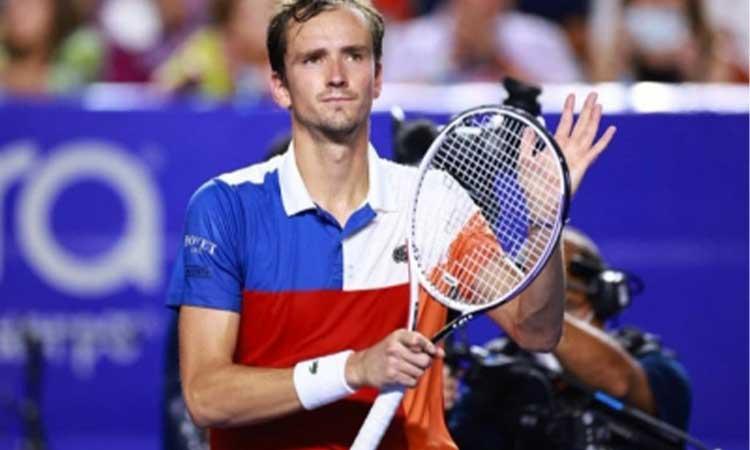 After Wimbledon, Italian Open weighing option to ban Russian tennis players: Report
IANS - Saturday , 23 April 2022 | 05 : 30 PM
The Italian Open, an ATP Tour Masters 1000 event played on outdoor clay courts at the Foro Italico, is one of the biggest tennis tournaments in the world frequented by top players. But the report said that Italian authorities "are reportedly weighing up whether a ban should be imposed on Russian players" at the tournament. 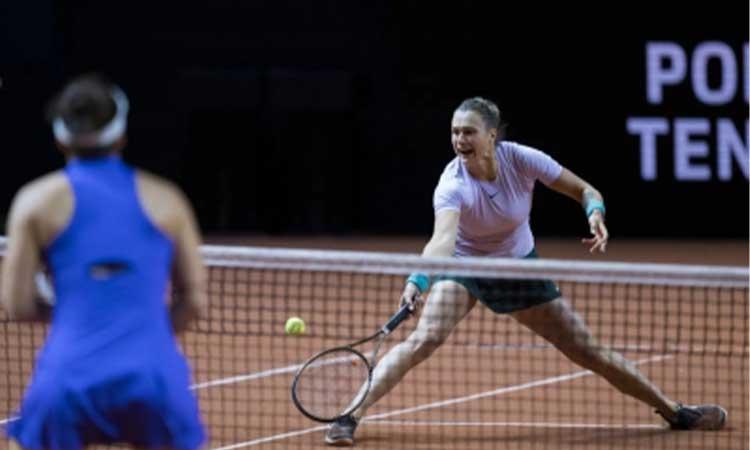 Sabalenka defeats Andreescu, Badosa outlasts Rybakina in Stuttgart
IANS - Friday , 22 April 2022 | 03 : 11 PM
Earlier on Centre Court, No.2 seed Paula Badosa had also survived a three-setter, holding off Elena Rybakina 6-2, 4-6, 7-6(4) in 2 hours and 30 minutes. Belarusian Sabalenka, runner-up in Stuttgart last year to Ashleigh Barty, booked her place in her second quarterfinal of 2022 following Doha in February. The 23-year-old is continuing to find her groove after a stuttering start to the year, and improved her overall record to 8-8. 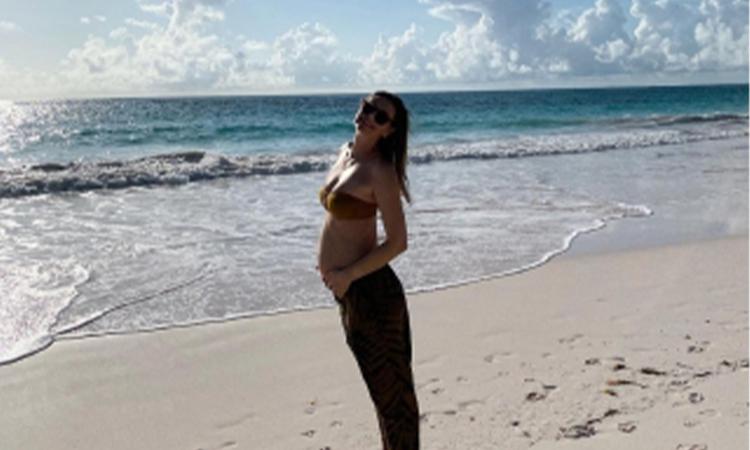 Former tennis ace Sharapova announces pregnancy on 35th birthday
IANS - Wednesday , 20 April 2022 | 12 : 49 PM
Sharapova announced the news with an Instagram post, where the bikini-clad former world No. 1 posed by the ocean and made a cheeky reference to her special day, according to wtatennis.com on Wednesday. "Precious beginnings!!!" she wrote, coupled with a white heart and angel emoji. "Eating birthday cake for two has always been my specialty." 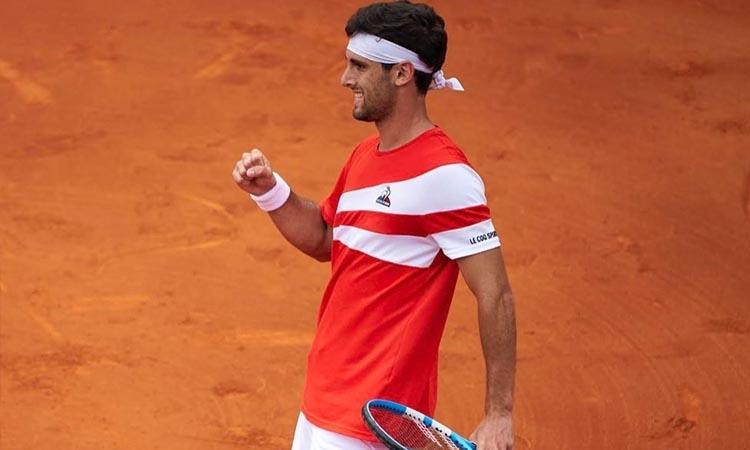 Barcelona Open: Qualifier Taberner upsets Korda in opening round
IANS - Tuesday , 19 April 2022 | 10 : 14 PM
The World No. 94, who was making his debut in Barcelona, won 100 percent (8/8) of points behind his second serve in his first-round clash against Korda and saved the one break point he faced to triumph after 67 minutes in front of his home crowd. The 24-year-old will next face third seed Felix Auger-Aliassime in the second round. 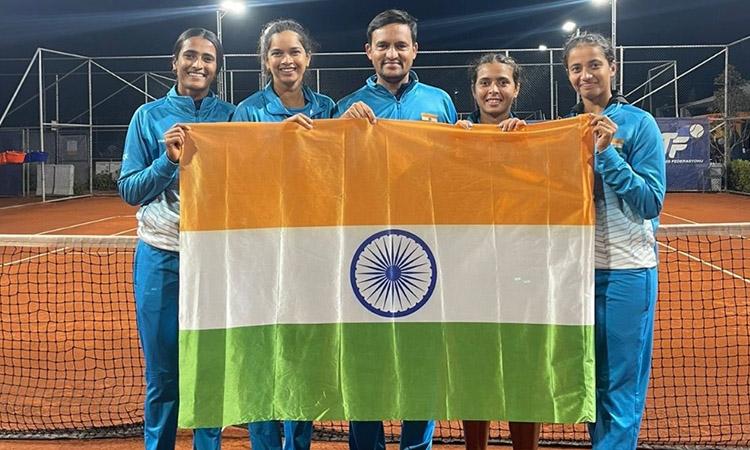 Billie Jean King Cup: India end campaign with 2-1 win over South Korea
IANS - Sunday , 17 April 2022 | 08 : 54 PM
Playing on the clay courts of the MTA Tennis Academy, India registered their third straight win to finish third in Group I. For the tie against South Korea, Riya Bhatia, who replaced Rutuja Bhosale for the singles opener, defeated 1535-ranked Kim Na Ri 6-3, 2-6, 6-3 in one hour and 55 minutes. Bhatia, 463rd in world tennis rankings, was broken early in the first set but found her groove as the match progressed on late Saturday. 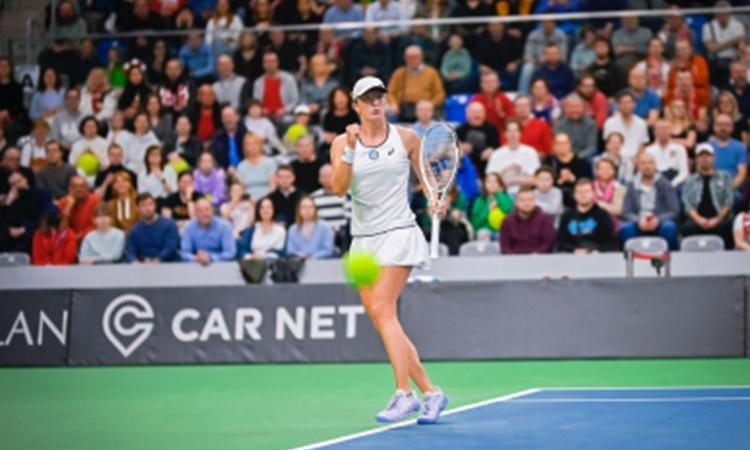 Billie Jean King Cup: World No 1 Swiatek steers Poland into finals
IANS - Saturday , 16 April 2022 | 11 : 54 PM
The 20-year-old Swiatek gave Poland an insurmountable 3-0 lead in their qualifying tie against Romania with a flawless 6-0, 6-0 victory over Andreea Prisacariu. She converted all six of her break points en route to the 52-minute win. By adding yet another triumph to her career-best winning streak, the top-ranked Swiatek gained Poland's required third match-win of the week, qualifying her country for the November finals. A total of 12 nations will compete for the prestigious crown in the finals. 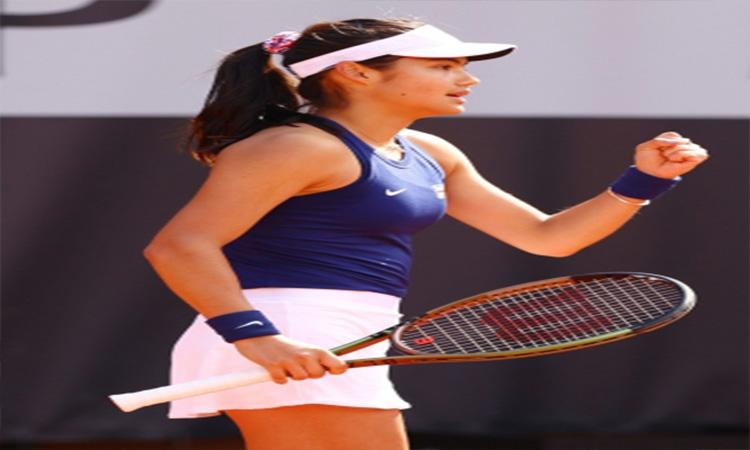 Emma Raducanu wins on Billie Jean King Cup debut, levels tie for Britain
IANS - Saturday , 16 April 2022 | 09 : 17 AM
The 19-year old Raducanu was playing her first senior match on clay and she won 7-5, 7-5 against world number 50 Tereza Martincova. The teenager saved a set point at 5-4 in the opener before winning the next three games, and also fought back from a 4-1 deficit in the second against the 27-year-old Martincova Raducanu won six of the final seven games to clinch a vital victory for herself and her team.