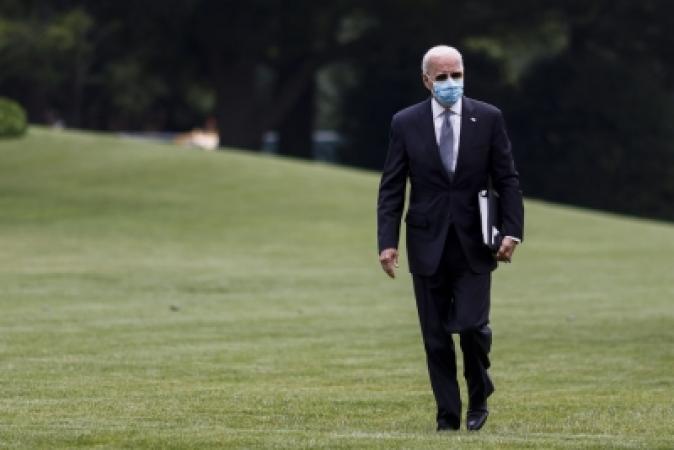 US proposes USD 1.8 billion fund for strengthening security and stability in Indo-Pacific
Newsmen News Desk - Wednesday , 30 March 2022 | 11 : 33 AM
“In the Indo-Pacific, America is strengthening its role and expanding its cooperation with longtime allies and partners, including new diplomatic, defence and security, critical and emerging technology and supply chain, and climate and global health initiatives, while supporting stronger ties between our European and Indo Pacific allies,” US President Biden said in a statement. 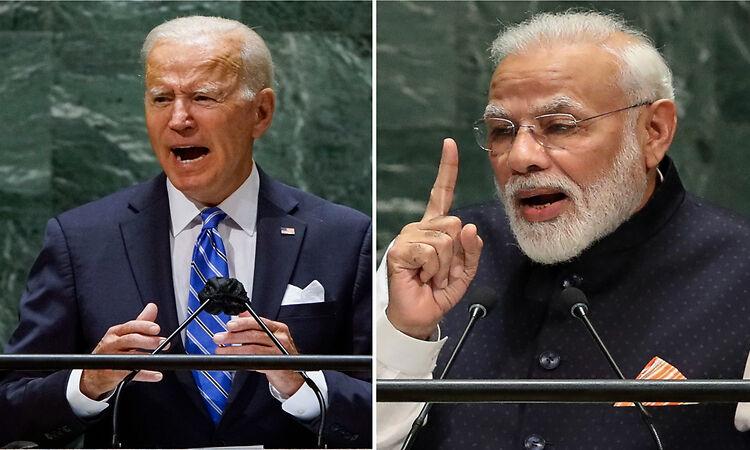 India’s response to Russian invasion of Ukraine 'somewhat shaky': US President Biden
Newsmen News Desk - Tuesday , 22 March 2022 | 05 : 09 PM
“(There has been) a united front throughout NATO and in the Pacific… The Quad is, with the possible exception of India being somewhat shaky on some of this, but Japan has been dealing extremely strongly (and) so has Australia,” President Biden said at a meeting of US business leaders. The US and its allies have responded swiftly and strongly to the Russian invasion of Ukraine via crippling economic sanctions on Moscow. 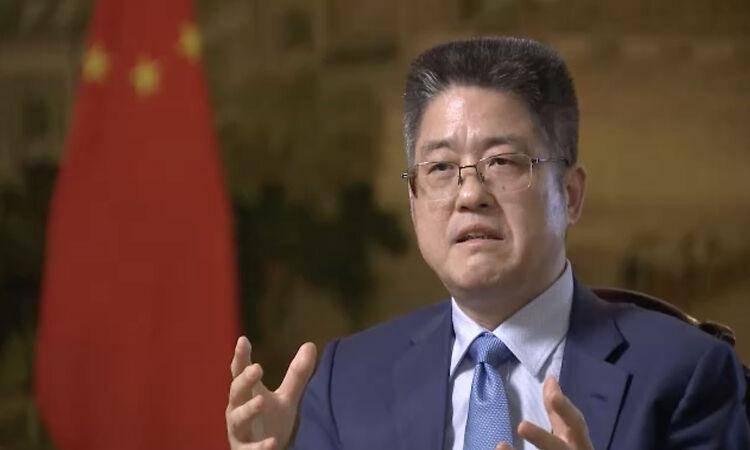 Indo-Pacific strategy of US as dangerous as NATO's eastward expansion in Europe: China
Newsmen News Desk - Monday , 21 March 2022 | 01 : 10 PM
“Going against the trend to pursue the Indo-Pacific strategy, provoke trouble, put together closed and exclusive small circles or groups, and get the region off course toward fragmentation and bloc-based division is as dangerous as the NATO strategy of eastward expansion in Europe,” the Vice-Minister said at the Fourth International Forum on Security and Strategy hosted by the Center for International Security and Strategy in Beijing. 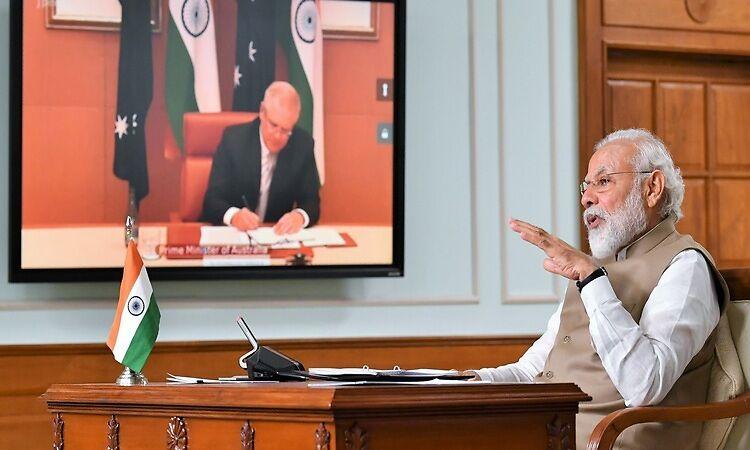 Quad countries accept India’s stance on Russia-Ukraine crisis: Australia
Newsmen News Desk - Monday , 21 March 2022 | 11 : 19 AM
“The Quad countries have accepted India's position. We understand that each country has a bilateral relationship and it is clear from the comments of the MEA and PM Modi himself that he has used his contacts to call for the end of the conflict and no country will be unhappy with that,” he told the reporters. India has recently purchased Russian crude oil at discount prices, a move which has come under severe criticism from the western press.
Advertisement 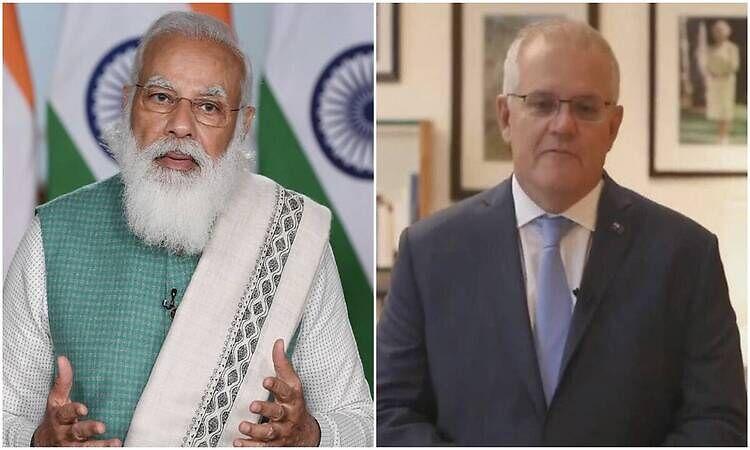 India-Australia virtual summit after Modi hosts Japanese PM visit this month: Reports
Newsmen News Desk - Monday , 14 March 2022 | 12 : 11 PM
Indian Prime Minister Narendra Modi and Australian PM Scott Morrison are planning to hold a virtual bilateral summit. This summit will be held after Japanese PM Fumio Kishida’s bilateral visit to India on 19th and 20th March, as per a report by  Economic Times. On the agenda of this virtual meet will be Indo-Pacific defence partnership, supply chain issues, import of critical minerals from Australia among other things.

Ukraine-like unilateral and forcible changes to staus quo should not be allowed in Indo-Pacific: Japan PM Fumio Kishida
Newsmen News Desk - Friday , 04 March 2022 | 01 : 40 PM
“We've agreed that unilateral changes to the status quo with force like this (citing Russia’s invasion of Ukraine) should not be allowed in the Indo-Pacific region… We've also agreed this development makes it even more important to work toward realising a free and open Indo-Pacific,” Japanese Prime Minister Fumio Kishida said to reporters after the meeting. 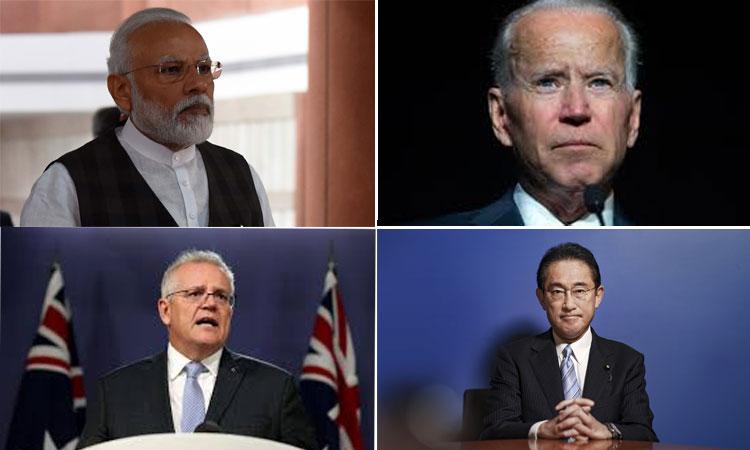 Amid Russia-Ukraine crisis, Quad leaders to meet virtually
IANS - Thursday , 03 March 2022 | 01 : 51 PM
Amid the ongoing Russia-Ukraine war, the Quad leaders will hold a meeting on Thursday to discuss the developments in the Indo-Pacific region. The Ministry of External Affairs said that Prime Minister Narendra Modi will participate along with the US President Joe Biden, Australian Prime Minister Scott Morrison, and Japanese Prime Minister Fumio Kishida in a Quad Leaders' virtual meeting.

'Quad is not Asian NATO': Here's what Jaishankar said at Munich Security Conference
Newsmen News Desk - Monday , 21 February 2022 | 01 : 58 PM
Foreign Minister S. Jaishankar on Saturday dismissed the notion that Quad grouping is Asian NATO. He was participating in a panel discussion on 'A Sea Change? Regional Order and Security in the Indo-Pacific' at the Munich Security Conference (MSC) 2022. Jaishankar opened up on a wide range of topics including China's aggression in Indo-pacific. Here’s what he said at the conference on diverse topics:
Advertisement
Advertisement