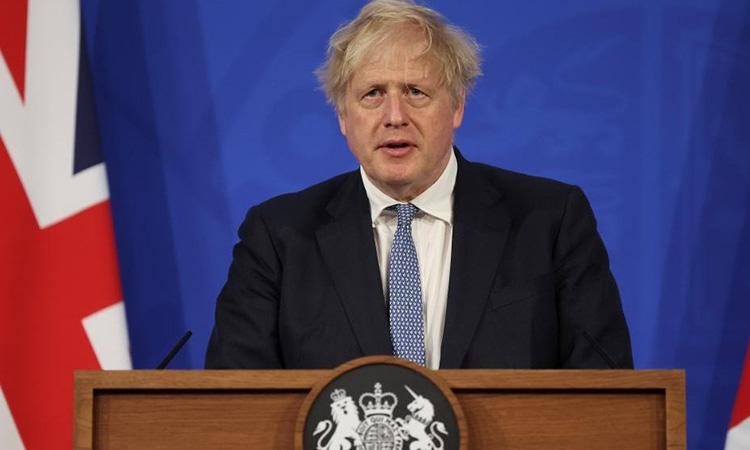 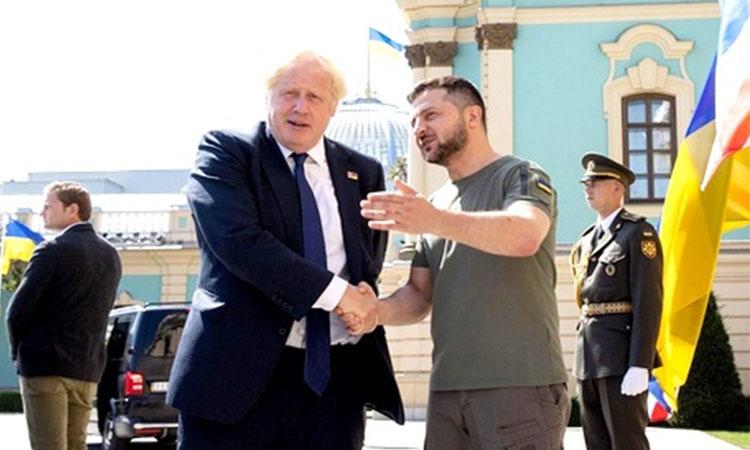 Boris Johnson slams Russia's 'cultural vandalism' in Ukraine
IANS - Saturday , 27 August 2022 | 11 : 18 AM
The Prime Minister Boris Johnson said the UK would fund "cultural protection measures" in Ukraine as well as continuing to donate civil and military aid, reports dpa news agency. Mr Johnson made the comments on Friday in a video message to the Edinburgh International Culture Summit, which is being hosted at the Scottish Parliament or Holyrood. 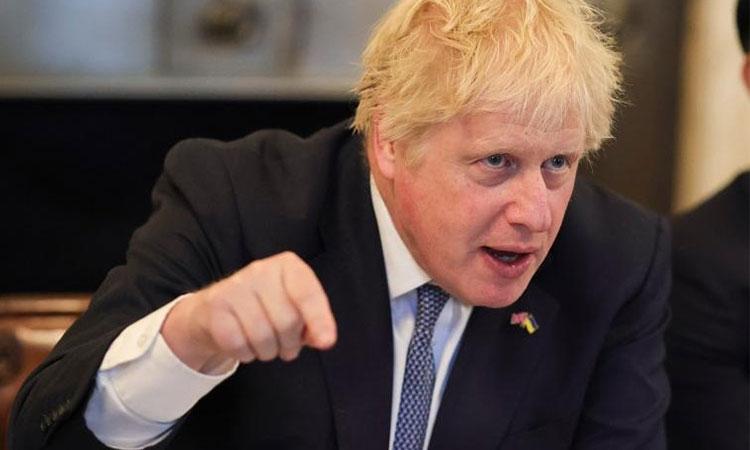 Johnson says his successor will have firepower to help people
IANS - Wednesday , 10 August 2022 | 11 : 28 AM
The Prime Minister also said he is "certain" that whoever wins the Conservative leadership election will want to make announcements about how they will "further help people" struggling to get by, amid a cost-of-living crisis, reports dpa news agency. Speaking at a Downing Street reception on Tuesday, Johnson cracked jokes about it being one of his last events in the garden at Number 10, and the next Prime Minister being either a man or a woman, amid a leadership race after he resigned earlier this year. 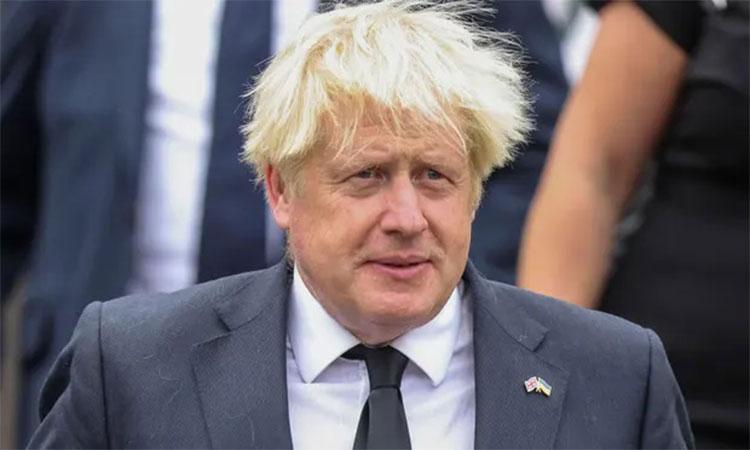 Boris Johnson allies accuse UK MPs of conducting a 'witch hunt'
IANS - Monday , 08 August 2022 | 11 : 22 AM
Although Boris Johnson is due to leave Downing Street in less than a month, the Commons Privileges Committee is going ahead with its inquiry into whether the Prime Minister committed a contempt of Parliament by misleading MPs with his Partygate denials, reports dpa news agency.
Advertisement 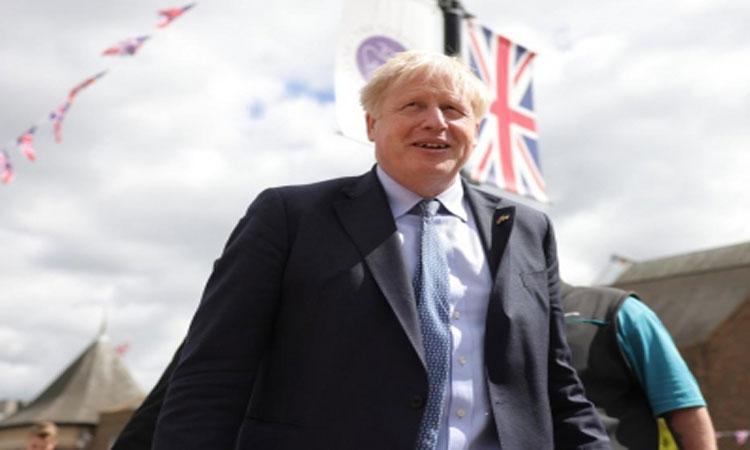 Boris Johnson touted as potential new NATO boss
IANS - Wednesday , 27 July 2022 | 09 : 11 PM
Allies of the Prime Minister have suggested he could replace Jens Stoltenberg as Secretary General of the military alliance when, as expected, the Norwegian steps down in September next year, Daily Mail reported. The lure of the high-profile post might be attractive to the PM, but he would need to quit as an MP to take it. It comes as other supporters continue a grassroots campaign to allow him a chance to stay in No 10. 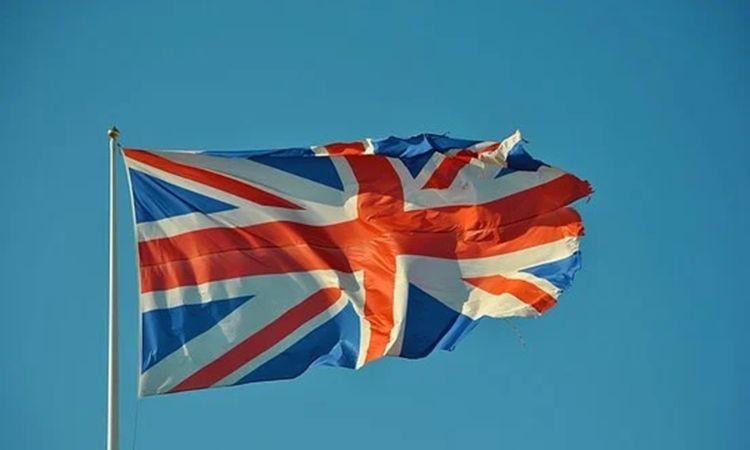 'Next UK Prime Minister will inherit a mess'
IANS - Sunday , 24 July 2022 | 09 : 08 AM
With just six weeks until Boris Johnson's walks through the famous black door of 10 Downing Street, the two remaining candidates are making a bad situation worse by rubbing acid into the wounds of a party so badly divided it could be forced to call an early election and hope for the best, CNN reported. 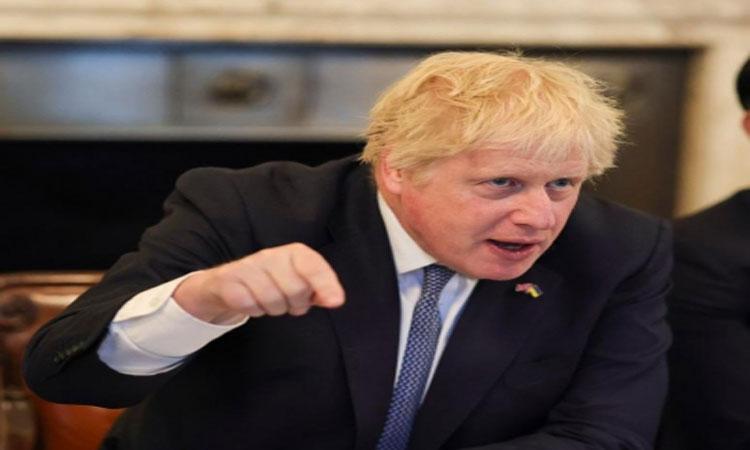 Boris Johnson wants 'anyone but Rishi' to replace him
IANS - Friday , 15 July 2022 | 07 : 40 PM
Johnson, who announced last week that he will step down as party leader when his replacement is decided, has said he will not publicly endorse any candidate or get involved in the increasingly bitter leadership race, the Daily Mail reported. However, Johnson has reportedly made clear in private discussions with failed leadership hopefuls that Sunak should not be his successor, it said.
Advertisement