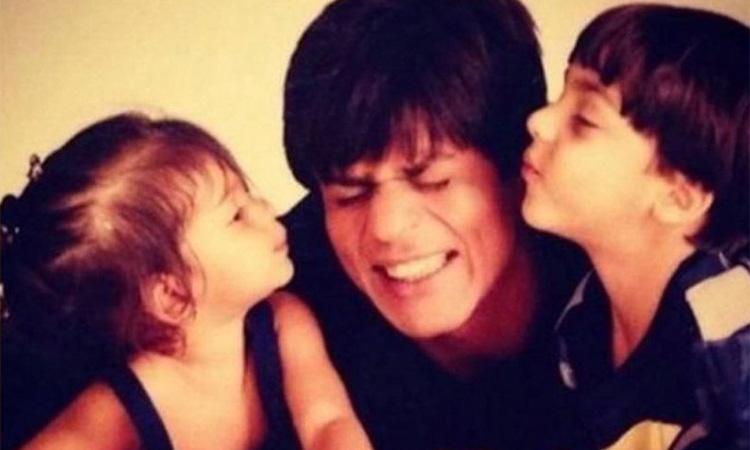 Suhana Khan wishes 'best friend' SRK on 57th birthday: I love you the most
IANS - Wednesday , 02 November 2022 | 05 : 16 PM
Suhana took to Instagram where she shared a childhood picture of herself. It features her along with her father Shah Rukh and brother Aryan. The siblings can be seen posing with SRK. She captioned it: "Happy birthday to my best friend," and added with a heart emoji: "I love you the most." 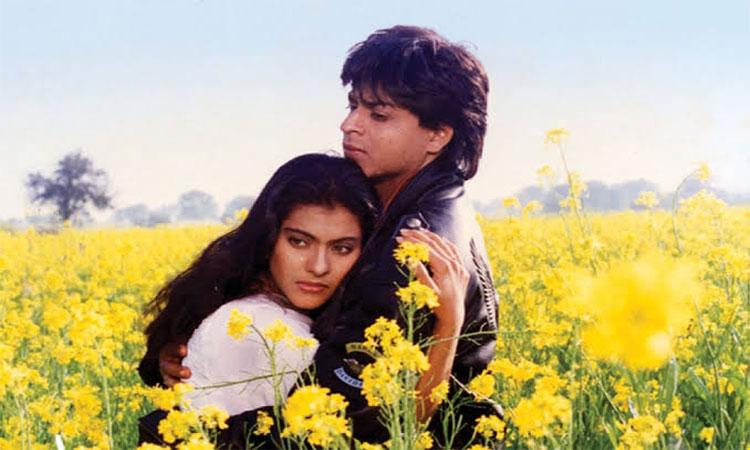 SRK's 57th birthday celebrated with screening of 'DDLJ' in 28 PVR cinemas
IANS - Wednesday , 02 November 2022 | 02 : 25 PM
'Dilwale Dulhania Le Jayenge' will be screend across 28 cinemas in 18 cities namely Mumbai, Delhi NCR, Pune, Ahmedabad, Bengaluru, Chennai, Hyderabad, Kolkata, Chandigarh among others on November 2. Shah Rukh says: "DDLJ has been an extremely special film for me. I am grateful for all the love I have been receiving over the years for the film. Bringing it back on my birthday just makes it more special. Thank you!" 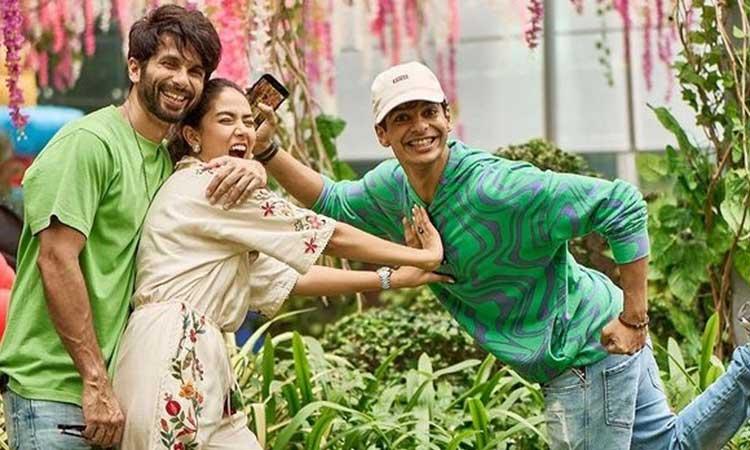 Mira Rajput says Ishaan Khatter 'refuses to get out' of Shahid's and her bed
IANS - Tuesday , 01 November 2022 | 07 : 31 PM
Mira took to Instagram on Tuesday and posted and image of herself which shows her in the company of her husband Shahid Kapoor and brother-in-law Ishaan Khatter. Ishaan can seen photobombing the couple as he makes a running pose and grins. Mira and Shahid Kapoor tied the knot at a private ceremony in Gurgaon in July 2015. 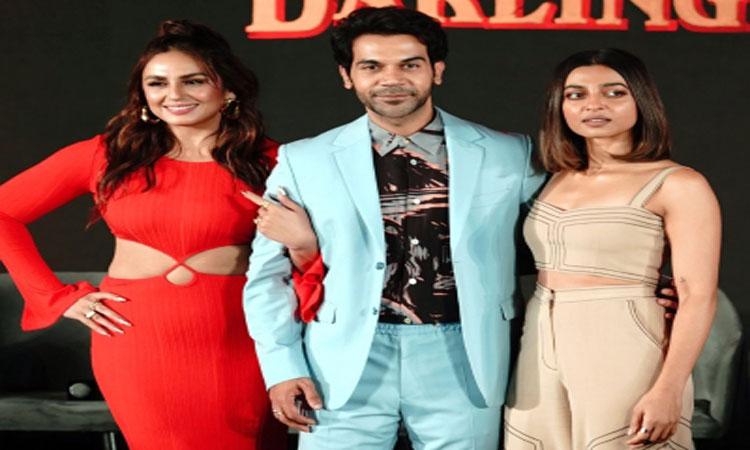 'Monica, O My Darling' trailer is a fun, edgy thriller with the best of Bollywood
IANS - Monday , 31 October 2022 | 06 : 03 PM
The trailer, marked with the eponymous iconic track of R.D. Burman, presents a perfectly sketched who-dunnit thriller and follows the events around a murder and the disposing off of a body. The trailer, which has oodles of humour, has been smartly cut as it doesn't reveal anything and keeps the viewers guessing till the end and lingers on the mind long after it gets over.
Advertisement 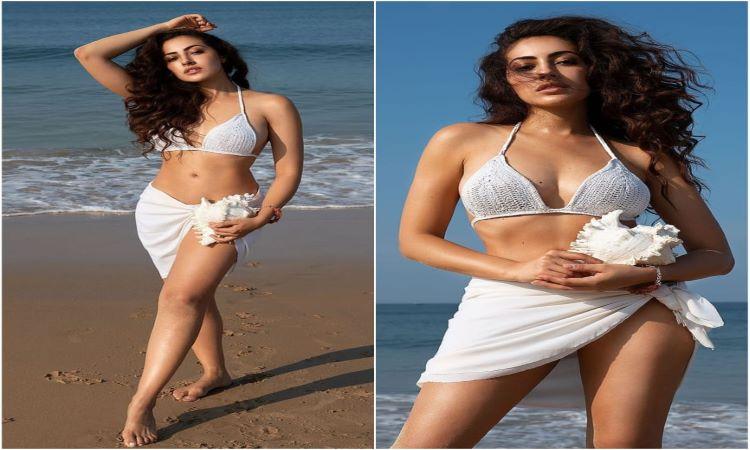 Brazilian actress Jeniffer Piccinato reveals how she got her part in 'Ram Setu'
IANS - Friday , 28 October 2022 | 07 : 16 PM
Talking about how she got the part in 'Ram Setu' and her preparations for the role, Jeniffer said, "I've auditioned twice for the part of Dr Gabrielle, my acting coach Jeff Goldberg, referred me to the director Abhishek Sharma. As soon as I was given the script, I started preparing for Gabrielle's part. 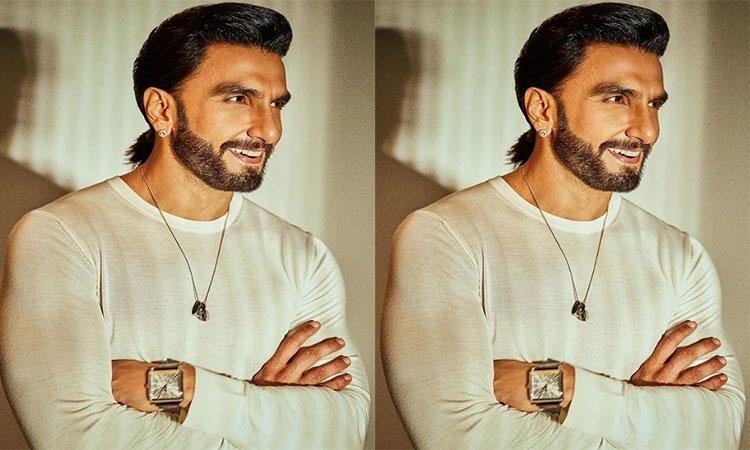 Ranveer Singh to be feted with Etoile d'or at Marrakech Film Fest
IANS - Thursday , 27 October 2022 | 04 : 57 PM
The festival will pay tribute to Ranveer Singh and will honour him with the title which has been previously received by the likes of Amitabh Bachchan, Shah Rukh Khan and Aamir Khan. Along with Ranveer, iconic Scottish actor Tilda Swinton, renowned US filmmaker James Gray and Moroccan film pioneer and director Farida Benlyazid will also receive this honour, in keeping with the festival's tradition of celebrating cinema in all its diversity. 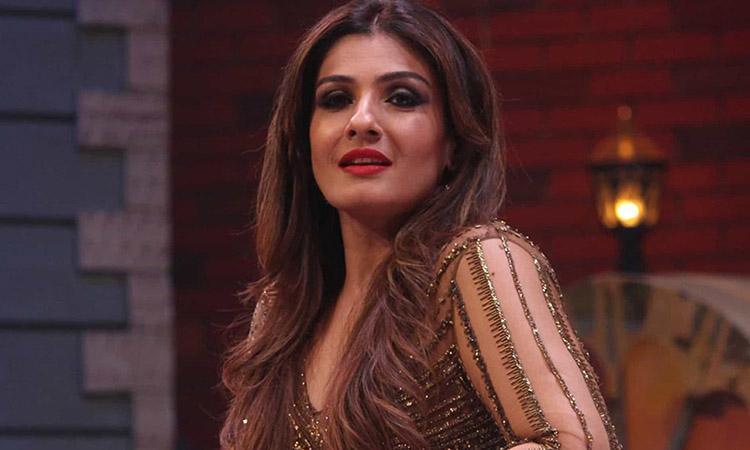 Raveena Tandon plans to make her birthday celebration a private affair
IANS - Wednesday , 26 October 2022 | 05 : 06 PM
Along with it her chemistry with Govinda was also liked by the audience on the tracks 'Ankhiyon se goli mare' and 'Kisi disco mein jaayen'. Raveena Tandon made her OTT debut with 'Aranyak' and received a positive response for her role. She was also seen in 'K.G.F: Chapter 2'. 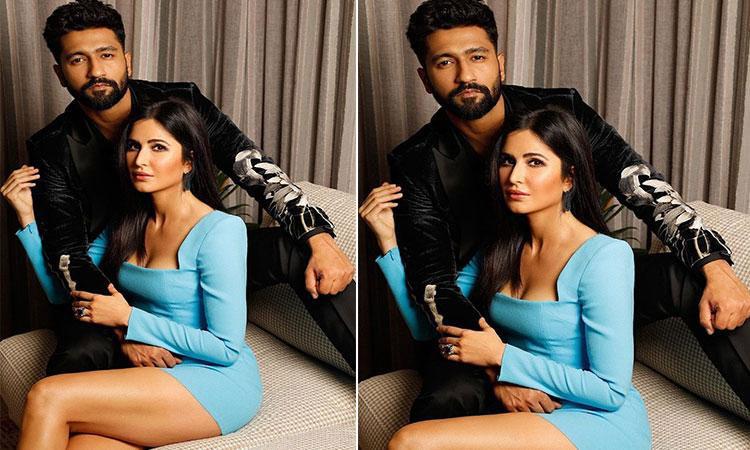 WATCH | 'Biwi' Katrina's wake-up call for hubby Vicky is every bit hilarious
IANS - Wednesday , 26 October 2022 | 04 : 47 PM
The audio in the post is Katrina's dialogue from her upcoming horror-comedy 'Phone Bhoot' in which she stars along with Siddhant Chaturvedi and Ishaan Khatter. Katrina, will be seen essaying the role of a ghost in the film, which happens to be her first movie after her marriage with Vicky Kaushal last year in December.
Advertisement 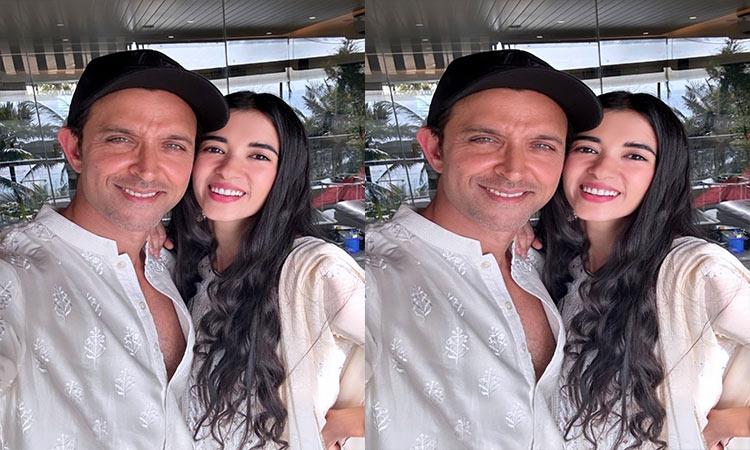 Hrithik celebrates first Diwali with girlfriend Saba Azad
IANS - Tuesday , 25 October 2022 | 02 : 30 PM
Saba took to Instagram Story, where she posted a picture of herself along with Hrithik. The two can be seen twinning in white Indian outfits. She wrote: "Happy Diwali" as the caption for the loved-up image. Hrithik and Saba were first spotted together in February when the two stepped out for dinner. Putting all rumours to rest, the two were seen holding hands as they walked into Karan Johar's 50th birthday party. 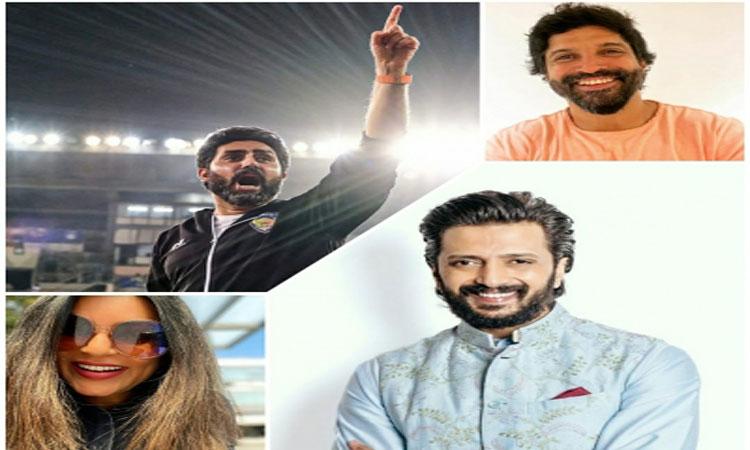 Double Diwali: Bollywood erupts in joy over India's memorable win
IANS - Sunday , 23 October 2022 | 11 : 59 PM
'The Kashmir Files' director Vivek Agnihotri expressed the mood of the country when he wrote on Twitter: "Congratulations Team India. @imVkohli is a King for a reason. Fire Crackers bursting all around. Double Diwali. Wow!" Farhan Akhtar took Instagram with a picture of Virat Kohli kissing his personal talisman and the caption simply read: "What. A. Boss. @viratkolhi you absolute beauty."
Advertisement