WATCH | Kartik, Kiara wrap up Mumbai schedule of 'Satyaprem Ki Katha'
IANS - Thursday , 06 October 2022 | 08 : 32 PM
Kiara, who plays the titular role of Katha in the film, also took to her social media to announce the wrap up for the first schedule of the film. The actress shared a video in which she can be seen celebrating the end of the first schedule with her team. Kiara Advani will resume the second schedule in Gujarat soon.

Genelia D'Souza opens up on her Dussehra plans
IANS - Wednesday , 05 October 2022 | 11 : 28 PM
The "Tujhe Meri Kasam" Genelia said in a statement: "Dussehra is an important festival in our family and we make it a point to be free on this day. I feel Dussehra is a denotation that all comes to an end only with the victory of the good." Genelia is known for her works in Telugu, Tamil and Hindi films like "Satyam", "Sye", "Happy", "Dhee", "Ready", "Katha" and "Masti".

Ali, Richa look regal in their cocktail party and reception
IANS - Saturday , 01 October 2022 | 06 : 43 PM
Richa looked elegant in her custom made Kresha Bajaj saree with the drape having a special meaning to the couple with Kresha and her team custom embroidered their love story onto it. Ali complemented his bride with a regal sherwani by Abu Jani and Sandeep Khosla.

WATCH | Ajay Devgn reacts to National Award win, shares video of award winning films
IANS - Friday , 30 September 2022 | 11 : 16 PM
The actor took to his Twitter handle and posted a video of his various avatars from his films that have won National Awards from 'Zakhm', 'The Legend of Bhagat Singh' to the more recent 'Tanhaji: The Unsung Warrior'. The actor wrote in his tweet, "Not counting the wins or the blessings, just feeling grateful for all of it. Most importantly, your love. I share this win with all of you."
Advertisement 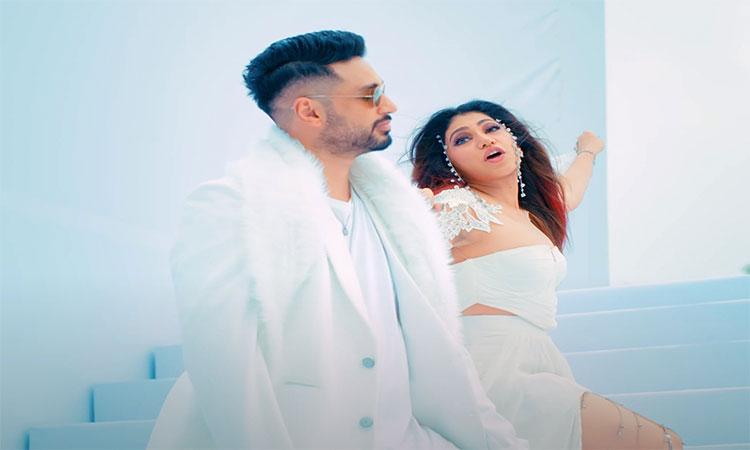 Arjun Kanungo, Tulsi Kumar's 'Killer Haseena' is lethal, gothic and mysterious
IANS - Thursday , 29 September 2022 | 04 : 56 PM
Arjun Kanungo said: "What makes 'Killer Haseena' special is the fact that both Tulsi and I are known for very different sounds and with this track we marry the two. We had a blast shooting the music video and getting into these mysterious characters. I look forward to what audiences have to say."

Before their Byculla nuptials, Ali Fazal, Richa to have an intimate gathering in Delhi
IANS - Wednesday , 28 September 2022 | 11 : 21 PM
A source close to IANS gave details about the couple's plans for the night before their mehendi and sangeet ceremony on Thursday. The source said: "They reached Delhi on Wednesday morning. Tonight, there is a family get together, intimate gathering and dinner."

Varun Dhawan has a field day pulling the media's leg, and keeps it guessing
IANS - Monday , 26 September 2022 | 08 : 53 PM
Varun Dhawan then went on to pull a sarcastic one. "As Prime BAE, main sab fans ko saari exclusive khabar dunga, jaise aap log dete ho, kabhi kabhi exclusives ke upar jhagadte bhi ho (I'll give all exclusive news to all the fans like the media does and which often results in fights between media houses)."

Neelam Kothari Soni: KJo has a knack of getting me back on screen
IANS - Monday , 26 September 2022 | 01 : 52 PM
Neelam Kothari Soni also credited KJo for pulling her back from her sabbatical. Neelam had taken a sabbatical from professional acting to concentrate on her career as a finesseful jewellery designer and to focus on her family life.
Advertisement

Rs 200 cr scam case: Jacqueline to appear before Delhi court today
IANS - Monday , 26 September 2022 | 10 : 10 AM
Recently, the Enforcement Directorate (ED) had filed its second supplementary charge sheet in the case naming her as an accused. The Special ED court is all set to take cognisance of the charge sheet. Jacqueline and another Bollywood actress Nora Fatehi, both had recorded their statements as witnesses in the case. Earlier, the probe agency had attached fixed deposits worth Rs 7.2 crore belonging to Fernandez. 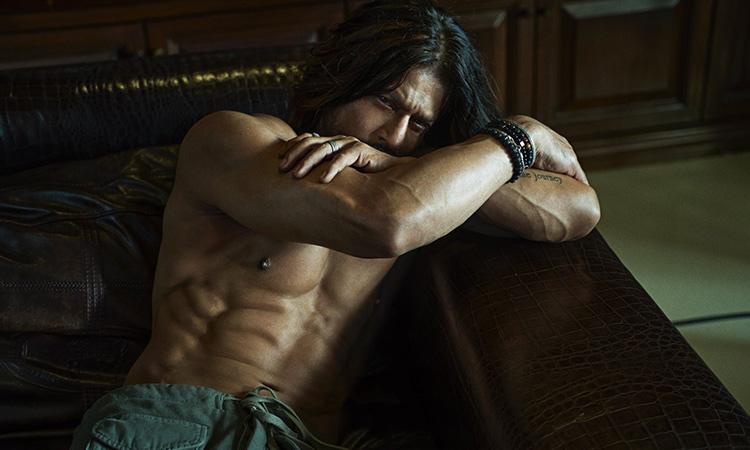 SRK drops shirtless pic on social media, flaunts 'Pathaan' abs, long hair
IANS - Sunday , 25 September 2022 | 10 : 11 PM
The actor, Shah Rukh Khan who has three massive releases lined up one after the other, took to his Instagram on Sunday and dropped a picture of himself where he can be seen sporting long hair, chiselled body with finely carved abs and arms while sitting on a sofa.
Advertisement