India won the toss and elected to bat first against The Netherlands in their second Group 2 match of the Super 12s in the Men's T20 World Cup at the Sydney Cricket Ground (SCG) on Wednesday.

This will be the first time India and The Netherlands will play a T20I against each other. Both teams are playing with unchanged elevens from their opening Super 12 matches in Melbourne and Hobart respectively.

"Morale is really high (after the four-wicket win over Pakistan). Winning a game like that takes your confidence to the next level but at the same time we understand we need to stay calm, just the first game of the tournament and plenty of things to happen," said India skipper Rohit Sharma.

"We have to calm ourselves and look forward to this game. We want to keep improving no matter what the results are, it always keeps you in good stead when you are thinking like that," Sharma added.

Sharma further noted that the pitch could be a touch slower at Sydney. "The pitch has been used for 40 overs so I expect it is going to be slightly slower. We are used to playing on such tracks."

The Netherlands captain Scott Edwar's said he's happy to bowl first though he would have wanted to bat first too. "Our bowlers have been sensational all tournament, hopefully, we can continue that and our batters can come out and perform today. Batting is the obvious one (to improve), just need to get some scores together."

Also Read | T20 World Cup: A lot more at stake for England and Australia in Friday's game after Ireland's win

Shape up or ship out: 2022's message for senior players stuck in a groove

Knocked Out: Are India the new 'chokers' of world cricket in ICC tournaments? 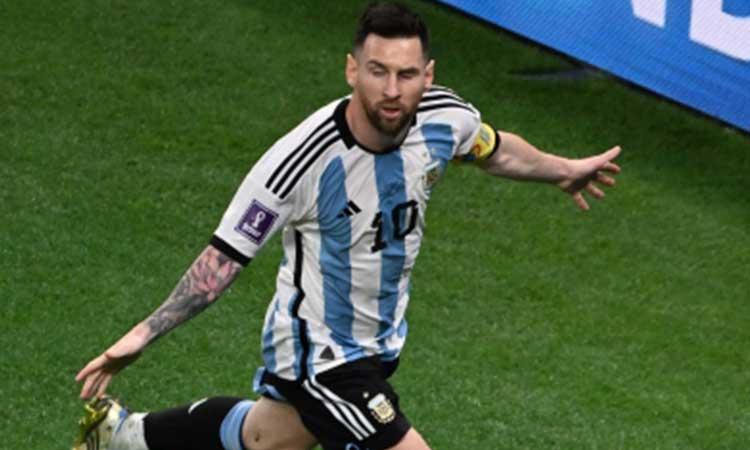 Messi happy to qualify for semifinals