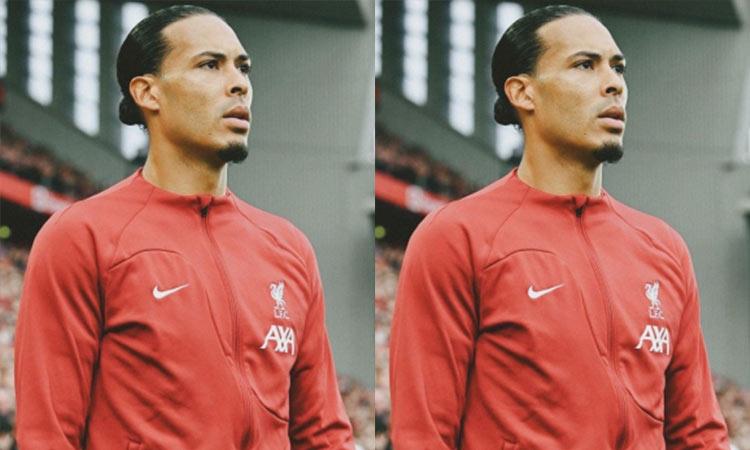 Netherlands beat Senegal 2-0 in their World Cup opener
IANS - Tuesday , 22 November 2022 | 09 : 37 AM
The Dutch managed to emerge victorious in a tightly contested match as their African counterparts showed resilience through 90 minutes. Cody Gakpo scored towards the end of play time while substitute Davy Klaassen netted home the second one in injury time to beat Senegal 2-0 in their World Cup Group A opening match at Al Thumama Stadium. The two sides had struggled to break the impasse until late in the match with the Dutch failing to score with several attempts at the goal. 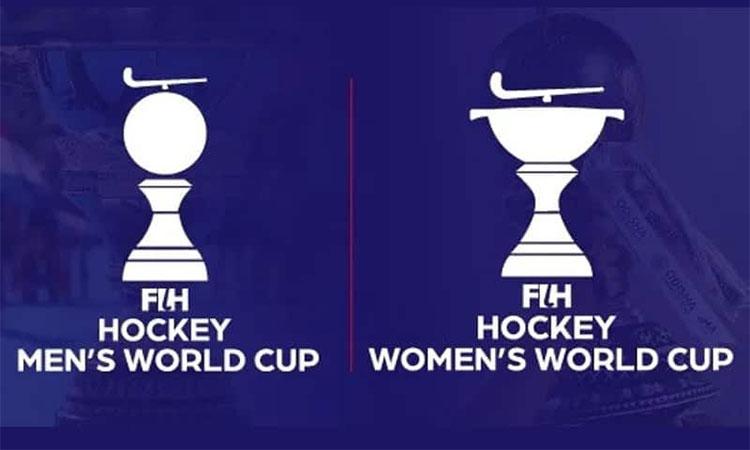 Belgium and Netherlands to jointly host 2026 women's and men's hockey World Cups
IANS - Friday , 04 November 2022 | 09 : 29 AM
The combined event will take place in July or August 2026 in Amsterdam/Amstelveen, Netherlands and Wavre, Belgium, with female and male teams playing in both venues, the FIH informed in a release on Thursday. The proposed format for the match schedule -- with one local team, Belgium or the Netherlands, playing each day to make sure to fill the venues every day, seems to have influenced the EB's decision. 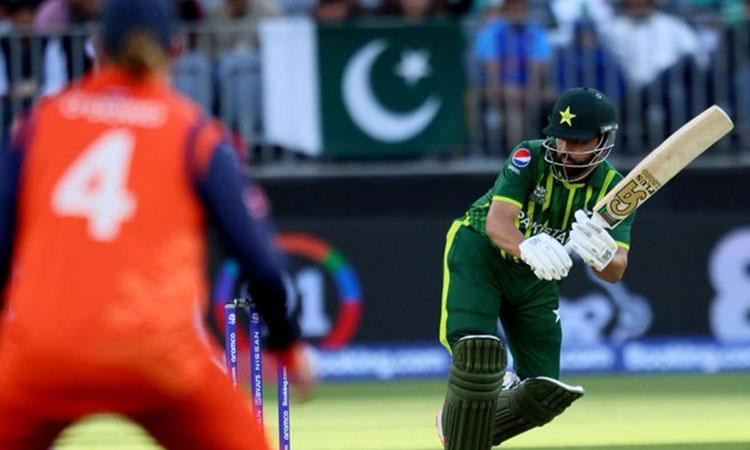 Pakistan log their first points in T20 World Cup; crush Netherlands by six wickets
IANS - Sunday , 30 October 2022 | 06 : 32 PM
Chasing the total down, opener Mohammad Rizwan set the tone early with a superb shot down the ground. It wasn't such good luck for his partner and skipper Babar Azam, as he was run out for four. It is the first time in his T20I career that Babar has been dismissed three times in a row for a score of under 10, according to ICC. 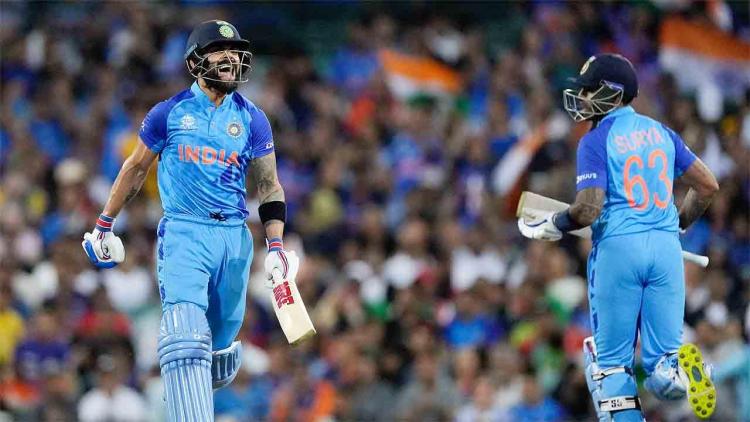 T20 World Cup: Rohit, Virat, Suryakumar hit fifties, propel India to 179/2 against the Netherlands
IANS - Thursday , 27 October 2022 | 02 : 55 PM
With the Netherlands putting a lid on the scoring rate, India found it difficult to break free on a two-paced pitch. But Rohit (53 off 39 balls) and Kohli (62 not out off 44 balls) shared a 73-run stand for the second wicket despite being scratchy at the start. Suryakumar (51 not out off 25 balls) then changed the tempo of the innings with his 360-degree style of batting and had an amazing 95-run stand off 48 deliveries with Kohli for the third wicket to set a stiff 180-target for the Netherlands.
Advertisement 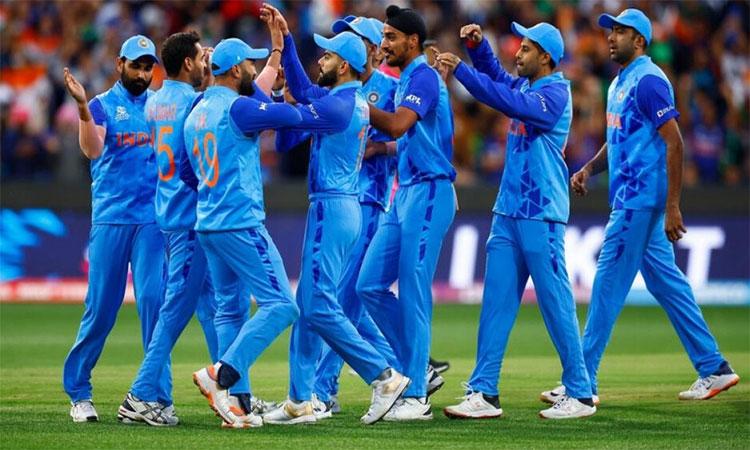 T20 World Cup: Unchanged India win toss, elect to bat first against the Netherlands
IANS - Thursday , 27 October 2022 | 01 : 52 PM
This will be the first time India and The Netherlands will play a T20I against each other. Both teams are playing with unchanged elevens from their opening Super 12 matches in Melbourne and Hobart respectively. "Morale is really high (after the four-wicket win over Pakistan). Winning a game like that takes your confidence to the next level but at the same time we understand we need to stay calm, just the first game of the tournament and plenty of things to happen," said India skipper Rohit Sharma. 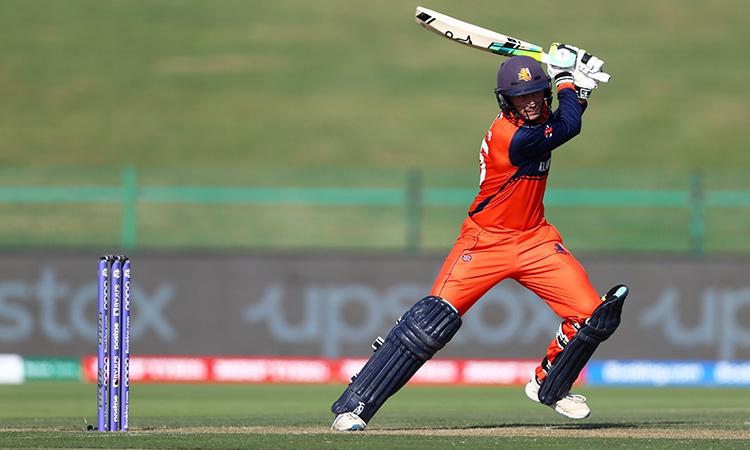 T20 World Cup: Netherlands skipper Scott Edwards eagerly awaits for "pretty surreal" challenge of facing India
IANS - Wednesday , 26 October 2022 | 05 : 14 PM
Though Netherlands have faced India in ODI World Cups previously, with the last instance dating back to 2011 edition in New Delhi, this will be the first instance of the two teams meeting in a T20I, that too in the ongoing showpiece event at the iconic Sydney Cricket Ground on Thursday. 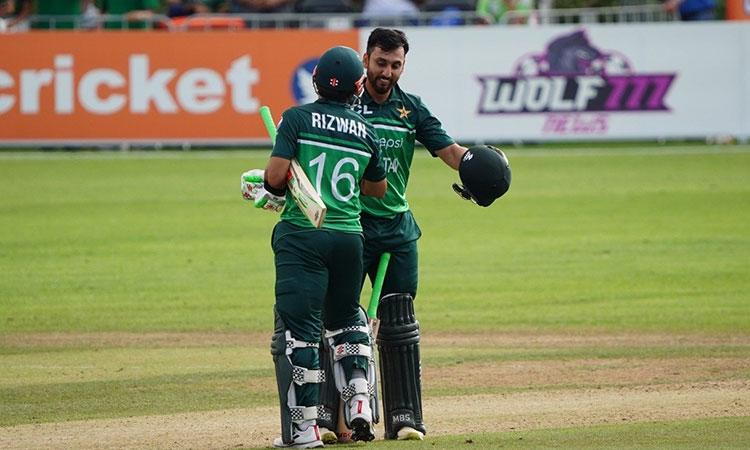 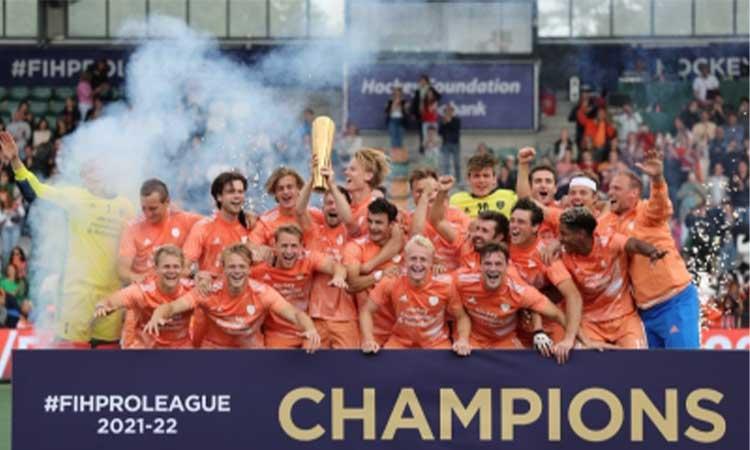 Hockey Pro League: India go down 1-2 as Netherlands bag title
IANS - Monday , 20 June 2022 | 09 : 20 AM
With the championship title at stake, the Dutch pulled off a narrow 2-1 win to claim their maiden Pro League, finishing ahead of World and Olympic champions Belgium, who had to be satisfied with the second place despite a 5-0 win against England in London. The Netherlands finished with 36 points, one ahead of Belgium as India ended their campaign with a third-place finish.
Advertisement 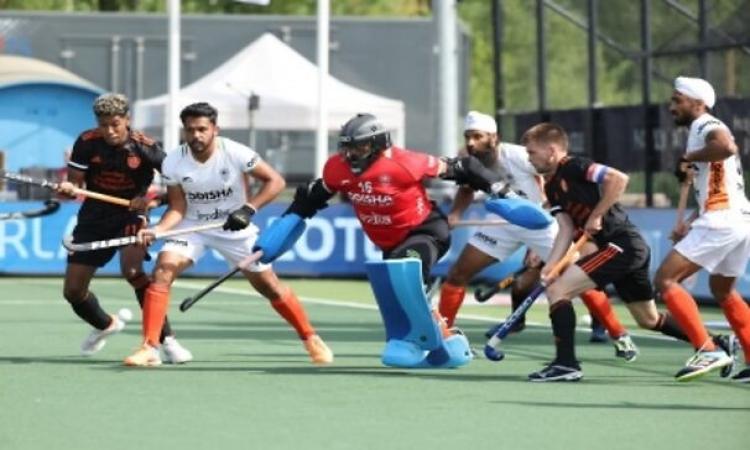 FIH Hockey Pro League: Resilient Indian men hold Netherlands 2-2; lose 4-1 in shoot-out
IANS - Sunday , 19 June 2022 | 01 : 19 PM
Dilpreet Singh (22 min) had equalised for India after Reyenga Tijmen had given the Hetherlands the lead in the 10th minute. Bijen Koen in looked to have sealed the victory for the hosts as the clock wound down but Harmanpreet scored in the final seconds of the match played on Saturday. In the shoot-out, the Netherlands scored among others via Bijen Koen, and Jonas De Geus while Harmanpreet Singh and Abhishek failed in their attempts for India.
Advertisement