India weightlifter Punam Yadav failed to clinch her third consecutive Commonwealth Games medal as she finished last in the women's 76kg category final after failing in all her three clean and jerk attempts at the ongoing 2022 event, here on Tuesday.

Punam, won the bronze medal in the 2014 CWG in the women's 63kg category and gold medal in the 69kg category in the 2018 at Gold Coast, started on a disappointing note as she failed to lift 95kg in her first attempt.

However, she recovered well to successfully lift the same weight in her second attempt and then went on to equal her personal best and national record of 98kg in snatch in the final attempt to keep herself in a medal hunt.

She was placed second after the completion of snatch with Canada's Maya Laylor at the top with a lift of 100kg. But the clean and jerk turned out to be an anti-climax for Punam.

Just like her first attempt in snatch, Punam faltered in her first clean and jerk attempt failing to lift 116kg. But unlike the first round, she could not recover in the next two attempts.

Punam, the reigning CWG champion, eventually lifted 116kg in her third attempt, which could have given her a medal, but in a moment of brain fade, she let the bar go before the down-signal from the referees. And it was called a 'no-lift' by the jury.

The Indian looked distraught and challenged the judge's decision after her final attempt, but it was rejected, ruling her out of the competition.

The 27-year-old, who has been gradually increasing her weight category in every CWG event, had re-launched her training stint within three months of giving birth to a girl in May 2020.

Punam, who had built a gym at home in UP, gave birth to little Priyanshi in May 2020 in a government hospital. Though private hospitals recommended a caesarean operation, both her husband Dharamraj and Punam insisted on a natural birth to ensure that her weightlifting career was not impacted. 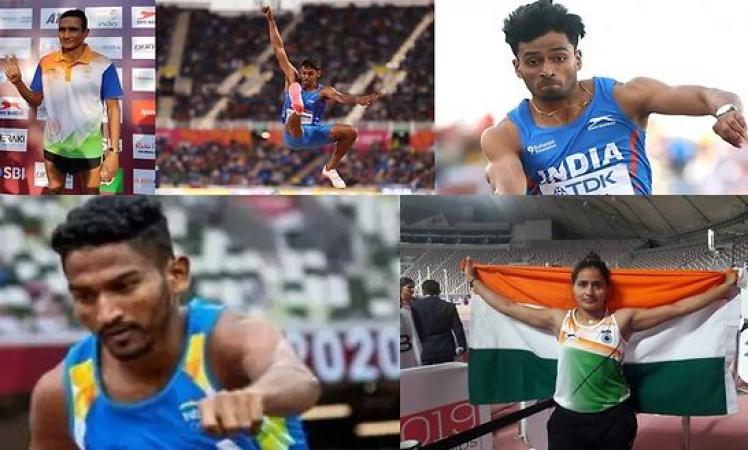 PV Sindhu pulls out of World Championships due to stress fracture