Before the start of India's first Group A match against Australia in the women's T20 event of 2022 Commonwealth Games, pacer Renuka Thakur had just three wickets from five bowling chances in T20I cricket. Then it all changed very quickly for her on a sunny Friday at Edgbaston.

Just after having Alyssa Healy dab to backward point for no run on the first ball, Renuka brought mayhem for Australia, causing havoc with her swing, accuracy and some help from the hybrid pitch as their fab four of Alyssa (nicked to slip), Meg Lanning (sliced to backward point), Beth Mooney (played on) and Tahlia McGrath fell in first five overs with just 34 on board.

But it was the efforts of Ashleigh Gardner (52 not out), Grace Harris (37) and Alana King (18 not out) that Australia survived a devastating dream spell of 4-18 from Renuka to seal a three-wicket come-from-behind win. After the match, Renuka revealed that Tahlia's dismissal was satisfying for her.

It had to be obviously Tahlia, a familiar nemesis for the Indian team in the past, who was coming off taking three boundaries off Rajeshwari Gayakwad. To bamboozle her with a length ball around off and then getting it to swing in sharply to bowl Tahlia through the gate was something incredible by Renuka, seen from the batter's reaction after seeing the bails fall.

"That (Alyssa Healy scalp) was a really big wicket. We had already planned that how to bowl according to the field. So, I just applied it and it made my confidence go high. McGrath was my favourite wicket," said Renuka in the mixed zone after the match ended.

Apart from Deepti Sharma's two wickets, none of the Indian bowlers put up an impressive show as Australia exhibited their ability of bouncing back from any situation, which is the hallmark of any champion side.

Handing a debut to pacer Meghna Singh, who gave away 24 runs in her last two overs, also happened due to unavailability of their pace all-rounder Pooja Vastrakar (down with Covid-19 back home), which was acknowledged by Renuka.

"We had it from the start that we have to win the match as we had it in our grasp till the last moment. But actually we have only two pace bowlers and the wicket, conditions today suited pacers. We missed Pooja (Vastrakar) today. Everyone wants to win. It's a different feeling to win, but I'm hopeful the gap can be filled next time (against Pakistan on Sunday)," stated Renuka.

"Also, I have been working on my swing bowling as I am a swing bowler and the more, I am able to get the ball to swing, it is beneficial for me. I have worked on speed, agility and endurance as I am a fast bowler, so those are really important skills. That has helped me a lot."

Renuka hails from Rohru town in Shimla district of Himachal Pradesh. After a girls residential cricket academy by the Himachal Pradesh Cricket Association (HPCA) was opened at Kangra in 2009, a young Renuka joined in 2010 after appearing for the trials in Dharamsala, where she was taken by her uncle Bhupinder Singh Thakur.

"Yes, there is an academy in Himachal (Pradesh). I had joined in 2010 and was opened by Anurag (Thakur) sir. The platform there is really good as in the village, they don't play much cricket. It was a really good thinking (to open the academy) as lots of players are coming out from Himachal."

Renuka credited the support from her mother Sunita, brother Vinod and from the people in her village. "The village I come from, people there are really happy as I played cricket with all young and older boys in childhood. Whenever I come back home, there is a very happy environment in the village. I have mummy and brother in my family, who got the job after dad (passed away). My mummy supports me a lot since my childhood."

Renuka debuted in T20Is through the three-match series in Australia last year and got back in the scheme of things for the shortest format of the game from the 2-1 win against Sri Lanka before coming to Birmingham. After Friday's magnificent performance against Australia, expect Renuka to change the match scenarios often in future. 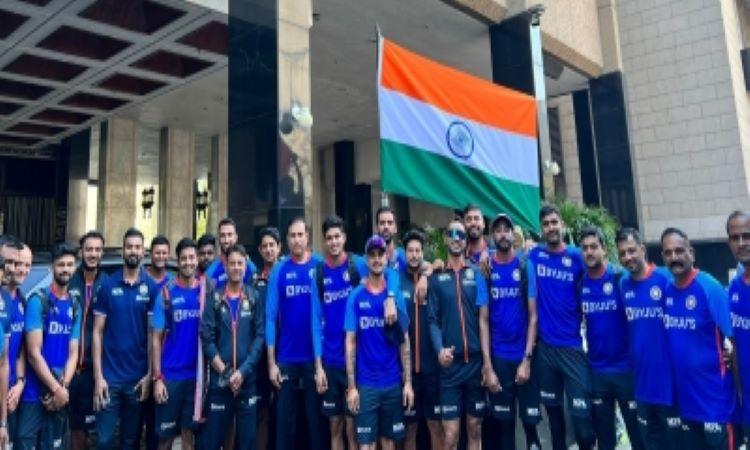