Nineteen BJP leaders are contesting either as Independents or on the Congress symbol in the Gujarat Assembly elections, after officially an effort was made to convince them to withdraw, but there was no arm-twisting or pressure to make retire from the race.

This raises questions if is this part of the strategy of the ruling party to divide the dominant communities' vote and get benefit for the party candidate, or to take their support, if they are elected, to form the government in a case where there is a hung Assembly.

Senior journalist from Vadodara, Manu Chavda explained why these BJP leaders revolted against the party candidate. Citing the case of Dinubhai Patel, who is contesting against BJP candidate Chaitanyasinh Zala, he said Patel is a former MLA, who was first elected to the Assembly in 2007 as an Independent defeating the BJP candidate, in 2012, contested on the BJP symbol and defeated the Congress candidate, but, in 2017, lost because Zala had contested as an Independent and won by dividing votes. Now, the BJP has fielded Zala.

On Vaghodia seat, BJP's six term MLA Madhu Srivastav has revolted and is contesting as an Independent, and according to Chavda, is definitely going to divide BJP votes, damaging the party candidates' prospect, because of which independent candidate Dharmendrasinh Vaghela or Congress candidate Satyajitsinh Gaikwad are likely to get a benefit.

If Patel and Srivastav get elected, and if the BJP is short of members for majority, these two will definitely support and stand with the BJP.

It can also be a plan B of the BJP, said political analyst Jagdish Mehta. According to his assessment, at least four rebels - Patel, Srivastav, Mavji Desai (Dhanera) and Dhavalsinh Zala (Bayad) have a 50 per cent chance to win. If they get elected and if there is hung Assembly, these are the one who will rejoin BJP or extend support to it. 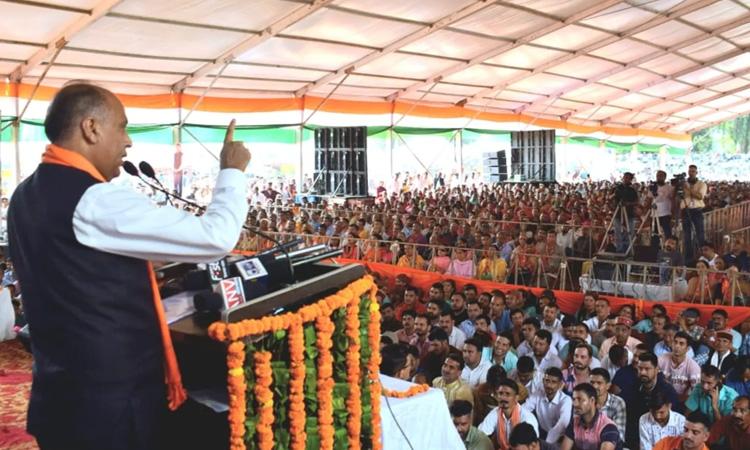