In the 2017 Gujarat Assembly elections, 794 independent candidates contested on 182 seats. Apart from them, there were 204 candidates of national parties and some 367 candidates of state parties. As if this was not enough, None Of The Above (NOTA) has become a big challenge for the leading parties' candidates.

These Independents and state parties having little grassroots network or even presence are big spoilers because of which 28 candidates of the Congress and the BJP lost elections with as low as a 258-vote margin to as much as 27226 votes. On three seats independent candidates stood at the second place pushing the Congress or the BJP candidates to the third place.

According to the Election Commission of India's data, the Congress party's senior leader Arjun Modhwadia lost the 2017 election with a thin margin of 1981 votes, the BSP candidate received 4259 votes while 3408 people preferred NOTA.

On the Kheralu seat Independent candidate Mukesh Desai polled 37960 votes, 21,479 less than the BJP candidate. He got 15 votes more than the Congress candidate Ramji Thakor, pushing him to the second place.

In the 2022 elections, former Leader of Opposition Paresh Dhanani's former driver Vinod Chavda is going to contest against Dhanani on the Amreli seat as an independent candidate. His claim is that none of the leading parties ever fielded candidates from the OBC in this constituency and so he filed candidature as an OBC candidate. Chavda claims Dhanani has blessed him after he learned about his candidature.

Surprising news came from Nandod constituency in Narmada district. The BJP's ST cell president Harsad Vasava resigned from the post and the party's primary membership and stood from the Nandod seat as an independent candidate. Vasava is a two term MLA.

Without a party symbol or party cadre one can hardly make any difference, believes Vikram Tadvi, BJP General Secretary of Narmada district. Tadvi is of the view that a candidate's electoral value is because of the party and not as an individual and Harsad Vasava will not hurt the BJP candidate's prospects.

BJP's former MLA Arvind Ladani is contesting as an independent candidate from the Keshod seat in Junagadh district, but the party is confident that Ladani can't dent the party's committed vote bank or influence the Patidars. He may at the most divide the floating votes, said Vijay Kumar Kardani, General Secretary of the BJP Junagadh district committee.

Kardani strongly feels that even the AAP's presence is not going to make any difference to the party, whereas the AIMIM is not even present on all the four seats falling in the Junagadh district.

Political parties and leaders will claim least impact of the independent candidates or a third force in the elections, but the fact is that where there is a close contest between two leading parties caste equations can change results. Political parties field independent candidates of the dominating caste to divide the votes and hurt the opponent's prospects, says political analyst Jagdish Acharya.

Citing an example from the 2017 polls, Acharya said, "On the Vankaner seat Congress' Pirzada Mohammad Javed won the election with 1248 votes. The constituency is dominated by the Koli community and an independent Koli candidate Gordhan Sarvaiya had polled 25,413 votes. Had he polled 1500 to 2000 more votes BJP candidate Jitendra Somani would have won, or if Gordhan was not in the fray, the Congress candidate would have won with a big margin."

The political analyst's reading is that it has been seen in election after election that in close fights, an independent candidate or a third party candidate, especially if one is from a dominating caste, does influence the results and can change the fate of candidates. 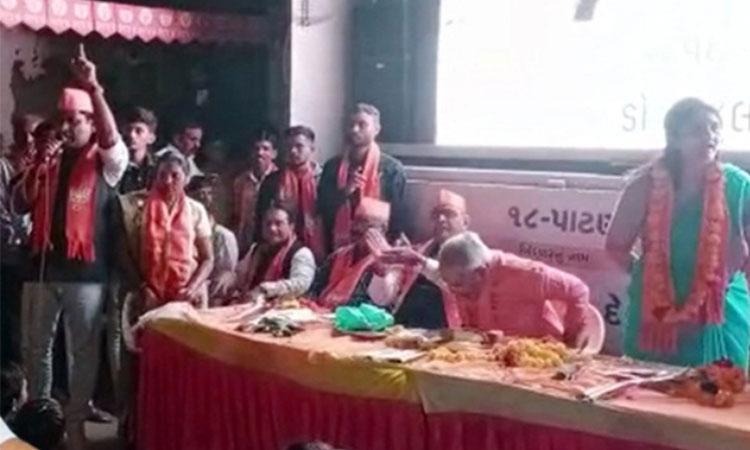