Facing criticism for being remote controlled by Raghav Chadha and Arvind Kejriwal, a 3-km stretch to AAP leader and Punjab Chief Minister Bhagwant Mann's Sangrur residence has been blocked by farmers for over a week demanding implementation of demands, on the pattern of their year-long struggle in Delhi.

Apart from the liquor policy being under the judicial scanner with those in the trade accusing the government of monopolising the industry in favour of a 'handful of entities', the government is facing criticism for not giving salaries on time to its employees and the escape of a noted gangster involved in the killing of singer Sidhu Moosewala.

This sums up the seven-month helm of the Aam Aadmi Party (AAP) that trounced the traditional players that ruled the state for over seven decades by capturing 92 out of the 117 Assembly seats.

Also the AAP, which came to power with a 10-point 'Punjab Model', comprising free electricity and a monthly allowance of Rs 1,000 for every woman above the age of 18, has skipped announcing the timeline for the latter poll promise in its maiden budget of Rs 1.55 lakh crore.

The government and the governor have found themselves at loggerheads thrice.

The latest "rift" between Governor Banwarilal Purohit and Chief Minister Mann was over the appointment of cardiologist Gurpreet Wander as Vice Chancellor of Baba Farid University of Health Sciences, with the former saying the government violated the rules by recommending only one name.

The move to appoint Wander, who later withdrew his candidature as Vice Chancellor, comes just two days after the Governor took strong exception to the absence of the Chief Minister at the civic reception organised by him in honour of visiting President Droupadi Murmu.

Reminding the Chief Minister of his constitutional obligations that have to be met on such occasions, the Governor, in the presence of President Droupadi Murmu, had said publicly from the stage: "I had personally called him (Chief Minister) up, but he has not come apparently due to some compulsion."

"Whatever the compulsion, the Constitutional obligations are more important and have to be fulfilled on such an occasion."

Mann was also conspicuously absent at the Indian Air Force's 90th Air Show here on that day as he was on a political tour to poll-bound Gujarat along with AAP national convenor and Delhi Chief Minister Arvind Kejriwal.

Missing no opportunity for taking jibes at the AAP's announcements in poll-bound Gujarat by narrating its government's success stories in Punjab, the Shiromani Akali Dal (SAD) has asked AAP convener Arvind Kejriwal not to tell "white lies" to fool farmers, saying his government in Punjab had promised a minimum support price (MSP) on 'moong' and maize but failed to deliver.

Former Akali minister Daljit Singh Cheema said it was shocking that Kejriwal was claiming in Gujarat that the AAP government in Punjab was giving MSP on five crops and that the same formula would be replicated in Gujarat.

"The truth is that the Central government is procuring wheat and paddy on the MSP in Punjab through the Food Corporation of India. Similarly, the Cotton Corporation of India procures cotton. Chief Minister Bhagwant Mann had urged farmers to sow moong and promised to procure the entire crop on an MSP of Rs 7,250 per quintal but did not even procure 10 per cent of this crop. The Punjab government has similarly failed to procure the maize crop leaving farmers to their fate," he said.

He told IANS that the Punjab government has also not given any compensation to farmers for the losses suffered by them due to large-scale attacks of dwarfing virus in the current paddy crop.

On a poll promise to compensate the farmers for the cost incurred in managing paddy stubble, SAD President Sukhbir Badal asked the AAP government to give a cash incentive at the rate of Rs 2,500 per acre to the farmers to encourage them not to burn paddy straw.

Amidst the allegations of 'Operation Lotus' by the BJP, the AAP government this month won the vote of confidence with a thumping majority in the Assembly.

A total of 93 legislators voted in favour of the confidence vote.

Terming the Congress and the BJP as two sides of the same coin, Mann informed the Assembly that the confidence motion was necessitated as both the parties have joined hands to topple the democratically-elected government in the state.

Asking the government to wake up to the activities of the forces which are inimical to the state and the nation, BJP leader Capt Amarinder Singh said law and order is a state subject and it is the duty and responsibility of the government to confront them.

He warned that if the state government did not take strict and firm action the situation could deteriorate further which Punjab cannot afford anymore after seeing a dark decade.

However, he expressed grave scepticism over any such possibility as the government is being remote controlled by Chadha and Kejriwal.

He said it is unprecedented and unconstitutional that someone like Chadha would convene meetings of senior officers and then refer matters to Kejriwal instead of Bhagwant Mann.

Meanwhile, the good news is that the state's GST collection has crossed the Rs 10,000-crore mark for the first time in the first six months of this fiscal.

The AAP is currently facing allegations of an 'extortion' conversation featuring its minister.

An audio clip of a purported 'extortion' conversation allegedly between Cabinet Minister Fauja Singh Sarari and his aide Tarsem Lal Kapoor caught the attention of the Opposition parties, including the SAD, which demanded a CBI probe into the matter.

The minister and his aide can be heard discussing ways to extort money from transporters and officials.

Sarari, who holds the Welfare, Food Processing and Horticulture departments, has denied the allegations and filed a police complaint.

Demanding a CBI inquiry into the alleged extortion tape, SAD leader Bikram Singh Majithia said the minister was caught discussing a plan to trap some officials and extort money from them. 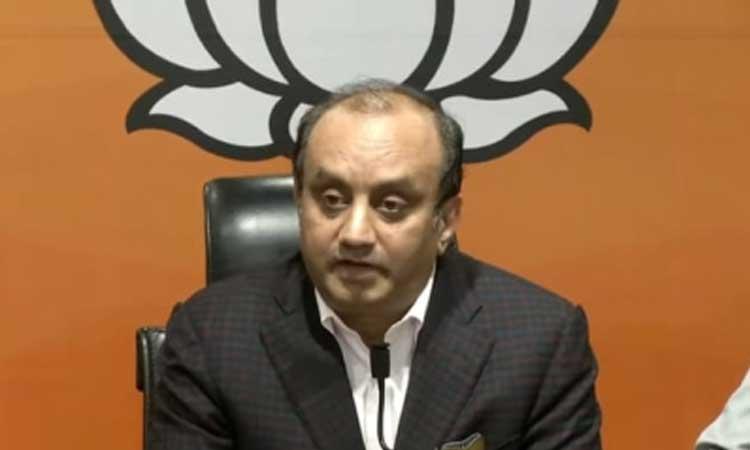