There is no dearth of issues in the financial world with sharply dividing opinions. Please welcome the new entrant, Cryptocurrencies, rapidly emerging as the most prominent bell weather of the global economy.

For decades, market pundits have kept a hawk-eye out on four asset classes-- Stock & bond indices, Oil, Gold and Currencies. It has taken centuries, geographies, discoveries, inventions, complex supply chains, millions of jobs and hundreds of global financial institutions to build these markets, which are today valued in trillions. Suddenly, the world sees this new kid (read asset) on the block, built with a software code, authored by a mysterious and untraceable soul (Satoshi Nakamoto) driving their century old markets. Very few people understand cryptocurrencies. Even fewer have actually transacted in one. But today everyone has an opinion on it.

Globally speaking, the jury is still out on whether cryptos are a virtual digital asset or a digital currency. Even the most advanced economies are still to develop regulations or find a regulator for this industry. Leading financial doyens, for one, Warren Buffet, has gone on record to say that cryptocurrencies are not a productive asset and he wouldn't buy the whole of bitcoin even for $25.

European Central Bank President Christine Lagarde has said that crypto-currencies are "based on nothing" and should be regulated to steer people away from speculating on them with their life savings. On the other side of aisle, there is this huge momentum built by global icons like Elon Musk (Dogecoin), Snoop Dogg (Rapper) and Lebron James (US Basketball player), Mark Cuban (billionaire investor & Shark Tank icon) and Gwyneth Paltrow (film actress), who has been the face of Bitcoin since 2017. And of course, its not endorsements alone. Knowing that you could buy a Tesla with Dogecoin or shop for a meal at Burger King or Subway, or that Wikimedia Foundation accepts donations in crypto, makes one feel that Cryptos are well on their way of running alongside fiat currencies as a peer-to-peer electronic cash system. While one should not dare to forecast whether and how soon this could be a reality, the ongoing meltdown, more commonly being called crypto-winter (but not death), has shaken the faith of most.

It all began with the meltdown of Luna and TerraUSD, also called stablecoin, which meant that it was always supposed to be worth $1. However, Luna tokens, once worth more than $100, kept falling till they were below a penny. Within few days, wealth of US$ 60 billion had vanished. At one point in time, TerraUSD holders were offered yields of 20 per cent. Elsewhere, Coinbase Global Inc., a crypto exchange, which had made a grand debut on the stock exchange in April 2021 has seen its stock price shrink by 80 per cent, wiping out $51 billion. Incidentally, Coinbase describes itself as a distributed company; all employees (reportedly, over 3700 in 2021) operate via remote work and the company lacks a physical headquarters. It is the largest cryptocurrency exchange in the US by trading volume.

Also Read |The world must acknowledge equality of all religions (Column: Spy's Eye)

The Wall Street Journal has eloquently summed up the ongoing rout by reporting an evaporation of some $1.5 trillion from cryptocurrency markets in the past six months. That is more than 50 per cent of their value and effectively sets the stage for its biggest survival test yet. Bitcoin, the most well-known of cryptos (almost a synonym for crypto-currencies), had peaked at$67,802 in November 2021 and is currently trading at $28,350, having lost over 60 per cent of its peak value. Ether, the other big boy on the block, is currently trading at $1,501, having fallen from its height of $4,865. It is not to be forgotten that Ether's journey began at 42 cents, some five years ago

The fact that in this market environment Bitcoin, Ether and some others are holding out, one can unmistakably predict that these instruments very much here to stay. We will probably witness a major industry shakeout, where 90 per cent of the players are going to disappear, with associated pains for investors. This lesson portends to be very meaningful for regulators, look at crypto as akin to a security or scrip (certainly not a currency) and quickly build a regulatory framework.

US laws impose elaborate regulations and detailed disclosure requirements on issuers and intermediaries that sell securities, stocks and bonds. SEC law also creates serious criminal and pecuniary liabilities on anyone who skirts the statute.

Cryptocurrency platforms have managed to sidestep SEC regulators in US arguing that the tokens are commodities, like gold, which have no federal regulator (instead under Futures & Commodity Trade Commission). The regulatory gap has allowed ponzi schemes to proliferate, as bad actors rush to skim from the hype generated by the new asset class.

The Indian government has, in fact, emerged as a global thought leader by legislating that cryptocurrencies, including non-fungible tokens, are a "virtual digital asset" (Section 2(47A) of the Income Tax Act). India has taken a definitive stand by classifying crypto as an asset in face of an opinion of regarding them as a "digital currency". With nearly 40 crypto exchanges in India, already organised into an industry association called the Blockchain & Cryptoassets Council, this was a timely move. While the definition pretty much becomes the building block for other regulations, namely, taxation under GST and appointment of a regulatory agency, we are still to see definitive statements emerging from the Ministry of Finance.

Considering the imperatives and need for investor protection, one sees a clear path for bringing intermediaries under regulation by SEBI. With some regulatory improvisation, there should also be some cross-controls by RBI, in order to match the rapid innovation taking place by re-packaging crypto into exotic financial instruments in the market. There is a compelling case for countering a repeat of the Lunar & TerraUSD type of debacle. Regulations as are applied for financial institutions like licensing and SLRs, can minimise risks for investors.

Post the amendment under income tax law, the crypto industry is anxiously anticipating legal clarity under GST for crypto currencies. Since India has taken the stance of defining cryptos as a "virtual digital asset", it logically follows that all associated services, whether those of intermediaries or even crypto-miners, are financial ancillary services, liable to GST of 18 per cent. The oft heard debate that whether the entire value of crypto-coins will be taxed, seems quite improbable from the position taken by the lawmakers so far.

And finally, we come to the oxymoronic aspect of crypto trade, KYC. Cryptocurrencies were inherently designed with the notion of decentralisation, cryptography and anonymity. But in last three years there is a flurry of reports relating to hacking, ransomware, bad actors involving national security and Ponzi schemes.

In a report published on April 12, Bloomberg said that a cryptocurrency expert was sentenced to more than five years in prison after pleading guilty to helping North Korea evade US sanctions.

In another article published by Bloomberg on May 13, it was reported that tax and financial crimes officials from the UK, US, Canada, Australia and the Netherlands, a group known as the J5, met in London to share intelligence and to identify sources of cross-border illegal crypto activity. The officials specifically focused on emerging trends in decentralized finance and nonfungible tokens, or NFTs and had identified a billion dollar Ponzi scheme.

Also Read |As Agnipath fire singes India, some questions for our politicians

The report goes on to add that the ease with which crypto transactions can cross international borders has necessitated closer collaboration between countries. It also said that the US IRS has pivoted to making crypto one of the agency's top enforcement priorities. India cannot afford any compromise on all these fronts.

Cryptocurrencies and trading in virtual digital assets has to be brought within the ambit of FEMA and all intermediaries mandated to maintain full KYC records. India's message should be loud and clear, we welcome the innovation and technology, but this isn't a playground for fraud. 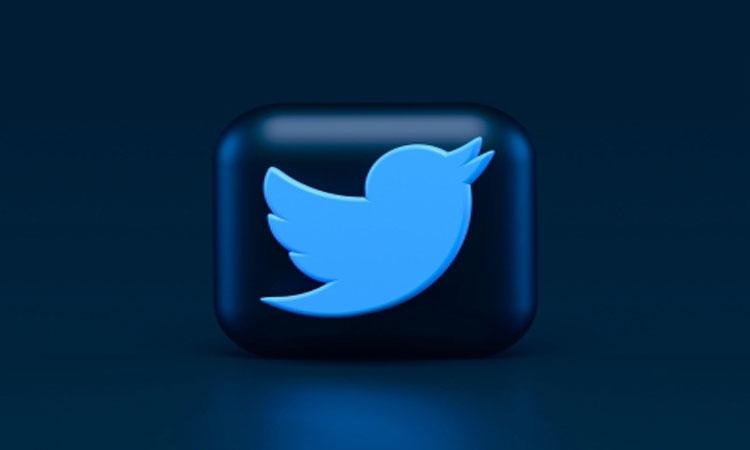 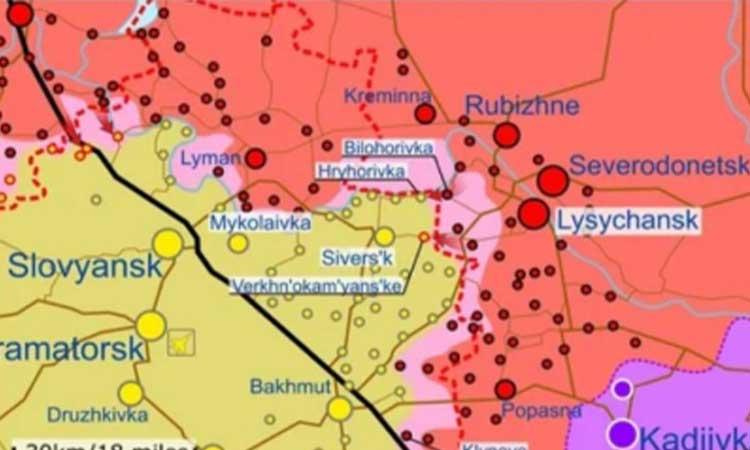 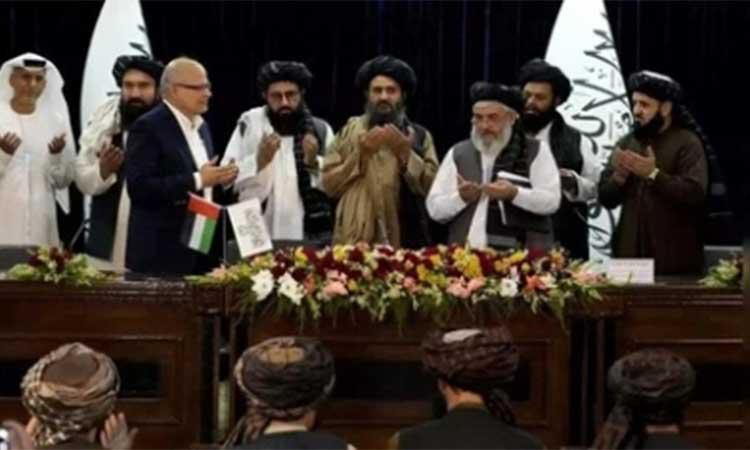 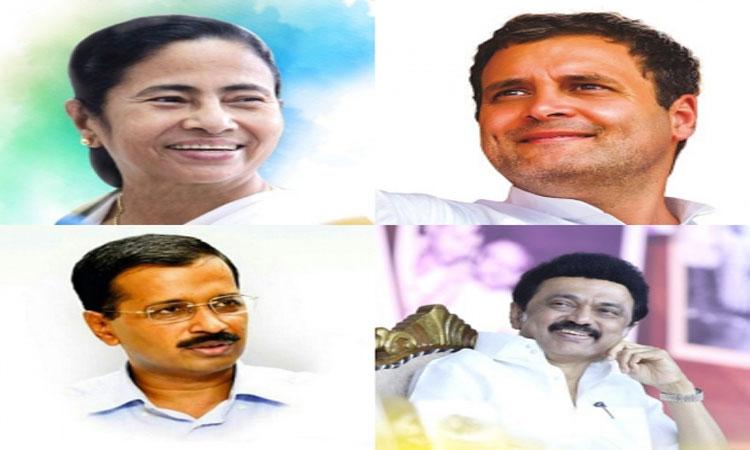