The gruesome Shraddha Walkar murder case has sent shock waves across the country. Shraddha, a Mumbai girl was murdered in Delhi on the 18th of May 2022, allegedly by her live-in partner Aaftab Amin Poonawala, who strangled her to death, and later chopped her body into 35 pieces with the help of a hacksaw, stored them in a 300-liter fridge, and took nearly 18 days to dump the body parts across Mehrauli forest in Delhi. As the case is progressing spine-chilling revelations are coming, each passing day about the gruesome murder. Once such revelation came was that Aaftab used Shraddha's Instagram account for a few days to communicate with her friends in an attempt to cover up the crime.  This made a section of internet users to scan the various social media accounts of Shraddha and Aaftab. Looking at their Instagram account, one would know that, they were two distinct personalities. While, Shraddha with her Instagram account named, “thatshortrebel“ was not as active as her partner on social media. Aaftab used to run a food blog account, which goes by the name hungrychokro_escapades, with over 29k followers, while Shraddha who rarely shared pictures or videos has over 3k followers.

Shraddha's account has just one and only picture with Aaftab, which she captioned as,  "Happy days." This picture she posted on Valentine's Day, February 14, 2022.  Other than this, the majority of her posts featured portraits of her in scenic settings with one-line captions.

As the investigation is going forward we came to know that Shraddha and Aaftab traveled to different hill stations in the month of March and April, before they came to Delhi. Her Instagram's last two posts are about their stay at the hilly areas.

Her last picture which she captioned, "Exploring more with each passing day," was posted by her a week before she was murdered.

Shraddha also shared her first and last reel on her Instagram profile, where she can be seen sitting near the banks of the Ganga river smoking a doob. She captioned her only reel as, "After a long tiring day of travelling 1500 kms, I decided to end my day with a view, possibly a sunset. Walked down the banks of Ganga in Vashisht gufa. Who knew that this was a calling for me, sitting at the absolute serene banks of the Ganga,  smoking a doob, and getting lost in its beauty."

Aaftab Poonawala was produced before a Delhi court through video-conferencing on Thursday. The court remanded accused Aaftab to five more days of police custody. Also he has agreed to take Narco analysis test, the permission for which was sought by Delhi Police. Further Delhi Police has submitted before the court that the accused Aaftab will be taken to Uttrakhand and Himachal Pradesh for investigation. 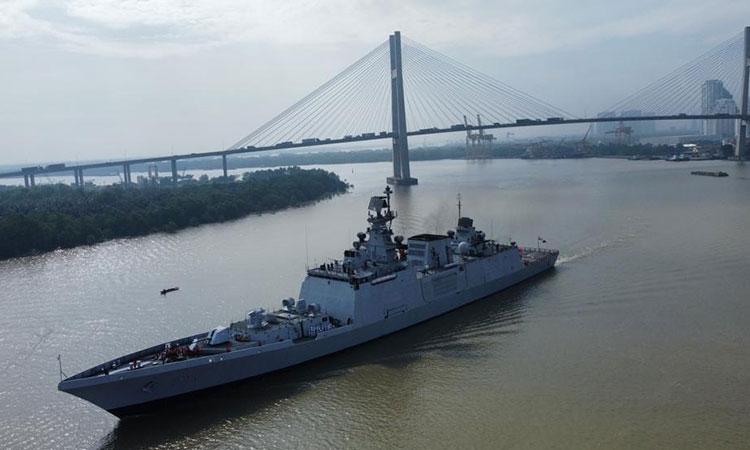