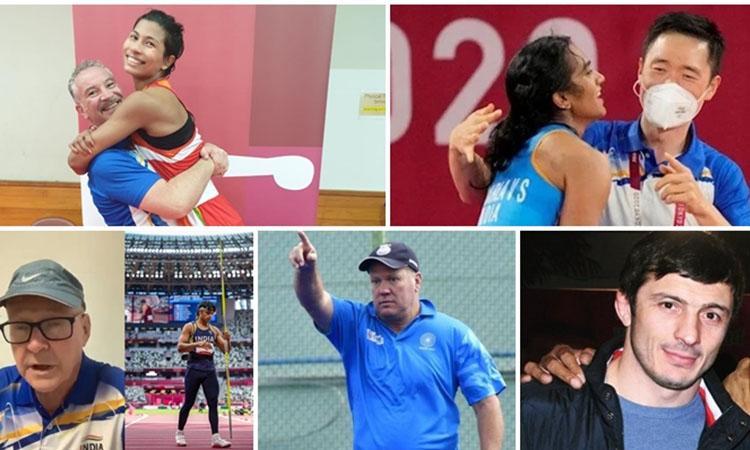 The Silent Seven: Coaches behind India's Olympic medals
IANS - Tuesday , 10 August 2021 | 11 : 26 PM
we must pause to note the unseen hand of the coaches -- seven foreign and one Indian -- who played key roles in fashioning this moment of victory. They worked on perfecting athelete and their technique and in 2019 one of the coach handed Chopra over to his compatriot Bartonietz, who added muscle to the athlete's frame. 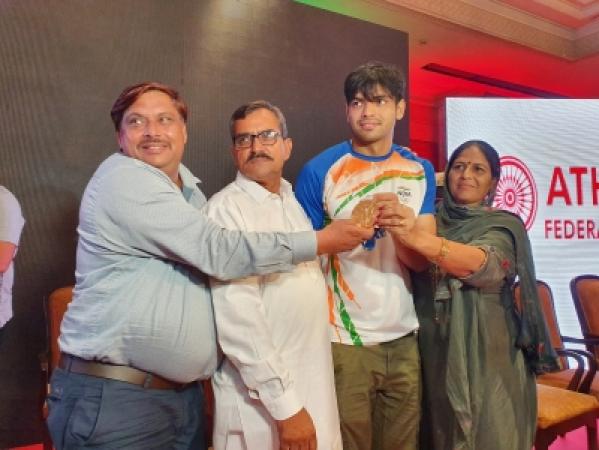 Feeling yet to sink in, says Neeraj Chopra at Athletics Federation function
IANS - Tuesday , 10 August 2021 | 02 : 53 PM
Speaking during a felicitation function organised by the Athletics Federation of India (AFI) on Tuesday morning, and attended by 2003 World Championships bronze-medallist in long jump Anju Bobby George besides discus thrower Kamalpreet Kaur, among others, Chopra said that, there is "no better feeling than clinching the gold medal (at the Olympics)". 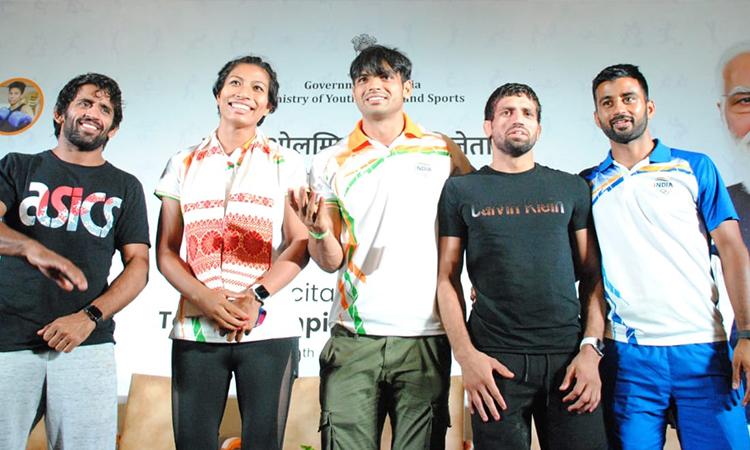 Don't get overawed by the competitors, give your 100 per cent: Neeraj Chopra
IANS - Monday , 09 August 2021 | 10 : 20 PM
Chopra, who had dedicated the medal to the late Milkha Singh, the legendary sprinter who died of Covid-19 in June, said during a felicitation function organised by the Union Sports Minister Anurag Thakur for Olympic medal winners on Monday evening that, "Thank you for supporting me. This medal is for India… it's not just mine, it's for the country. 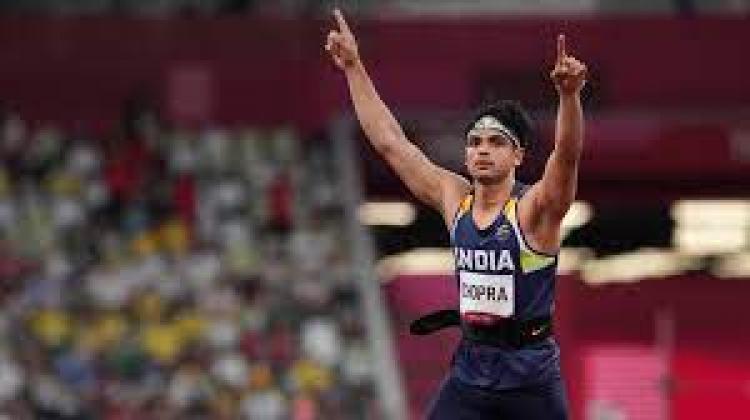 Tokyo Olympics: Feats in track & field beyond Chopra's historic gold
IANS - Monday , 09 August 2021 | 01 : 09 PM
While Neeraj Chopra's success in getting India their first-ever Olympic medal in athletics, and that too a gold, was the highlight of the Tokyo 2020 Games for Indian fans, there were other achievements that also made news. Here's a look at them: Eliud Kipchoge won second consecutive gold medal for Kenya in the men's marathon to mark the end of an enthralling track and field competition. 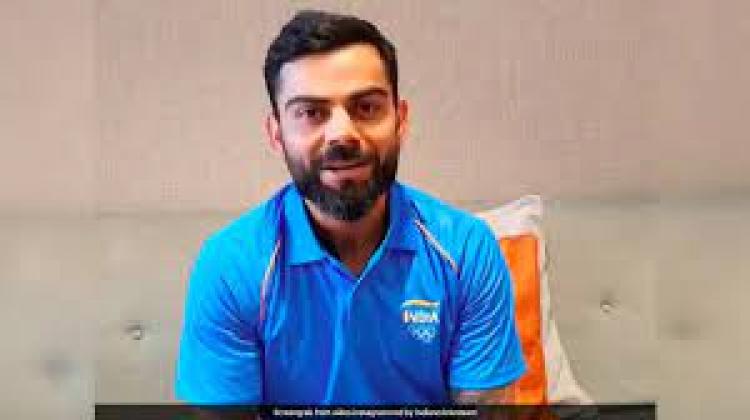 We are proud of you: Kohli, Ashwin to Indian Olympic athletes
IANS - Monday , 09 August 2021 | 12 : 21 PM
India recorded their highest-ever medals tally at an edition of the Olympics -- seven medals -- and managed to win their first gold medal after 13 years. "Congratulations to all our winners and participants at the Olympics. Winning and losing is a part of sport, but what matters is you gave your best for the nation. We are so proud of you and I wish you all the very best going forward. Jai Hind. 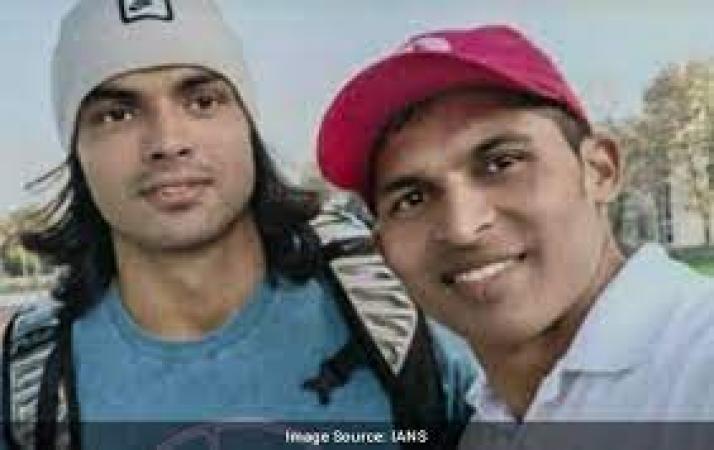 Golden boy Chopra calls up former coach, his modesty appreciated
IANS - Monday , 09 August 2021 | 10 : 56 AM
"Neeraj called me on Sunday morning. He said he could achieve the feat with my blessings," Kashinath Naik, the former coach of Neeraj Chopra, told IANS. Naik, a Subedar in Indian Army in Pune, trained Chopra between 2015 and 2017 at the Patiala national camp. Naik, joined Indian Army in 2000 after being inspired by Kargil war and went on to become 14-time national champion in javelin throw. 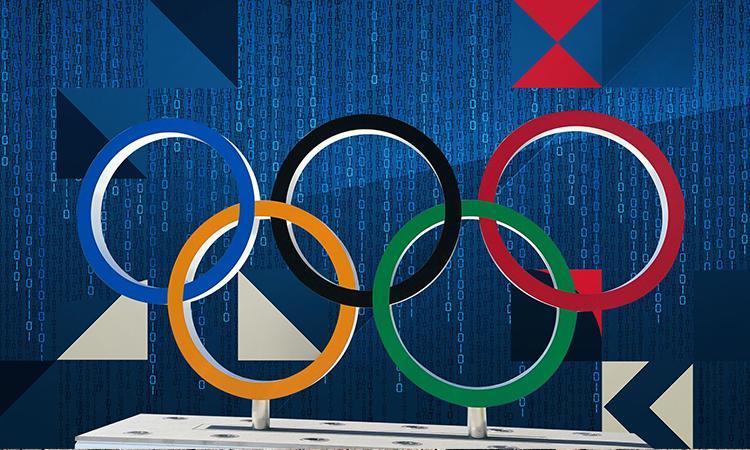 Olympics: Facts and figures about Tokyo 2020
IANS - Monday , 09 August 2021 | 09 : 29 AM
With the Tokyo Olympic Games closing on Sunday night, here's a look at some facts and figures about these special Games held under the influence of Covid-19 pandemic after a one-year postponement: Tokyo 2020 saw world records broken in 24 events, with swimmers and rowers making the most breakthroughs, shattering six world records each. Four world records were broken in weightlifting and three in athletics and cycling track events.