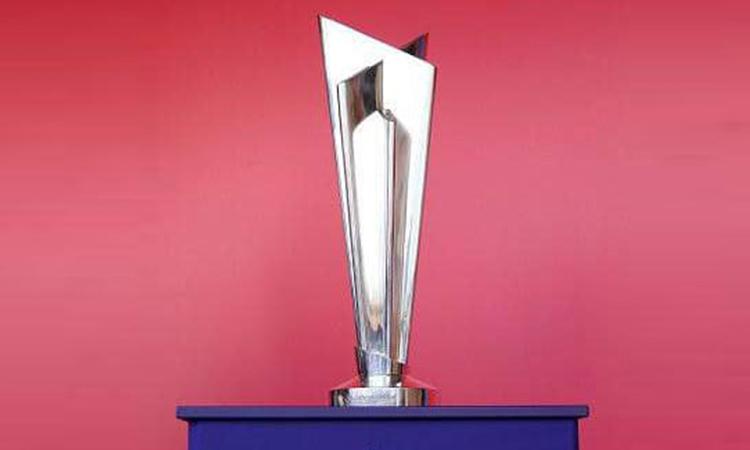 T20 World Cup: Automatic Super 12 qualifiers confirmed for 2022 edition
IANS - Sunday , 07 November 2021 | 11 : 06 AM
From the 12 automatic qualifiers for next year's tournament -- the 12 teams that made the Super 12 this year -- eight will go straight through to the Super 12. Those eight teams are hosts Australia, England, India, Pakistan, New Zealand, South Africa, Afghanistan, and Bangladesh.

Taliban wanted ICC to replace Afghan flag, make changes to national anthem
IANS - Sunday , 07 November 2021 | 11 : 00 AM
The ICC - the global governing body for cricket - does not recognise the Taliban as a legitimate ruling force in Afghanistan. A source in Afghanistan's cricket board told TRT World that because the ICC had drafted the match fixtures for the T20 World Cup before the Taliban took over Kabul on August 15, it could not disqualify the team at the last minute. 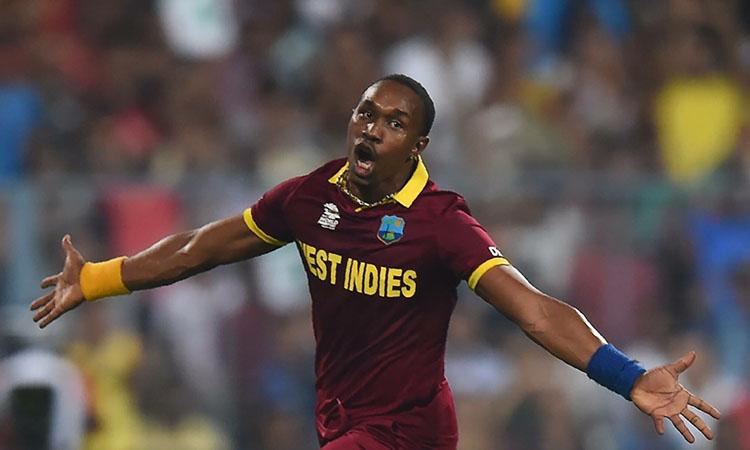 T20 World Cup: Dwayne Bravo represents West Indies for last time, Gayle also hints same
Newsmen Sports Desk - Saturday , 06 November 2021 | 11 : 52 PM
After his last innings for West Indies, the star all-rounder walked off to applause from the audience, hugs from his teammates, and respect from the opposition. In bowling, Bravo remained wicketless and conceded 36 runs in his quota of four overs. Following his side's loss to Sri Lanka on Thursday, Bravo had confirmed he would be hanging up his boots. 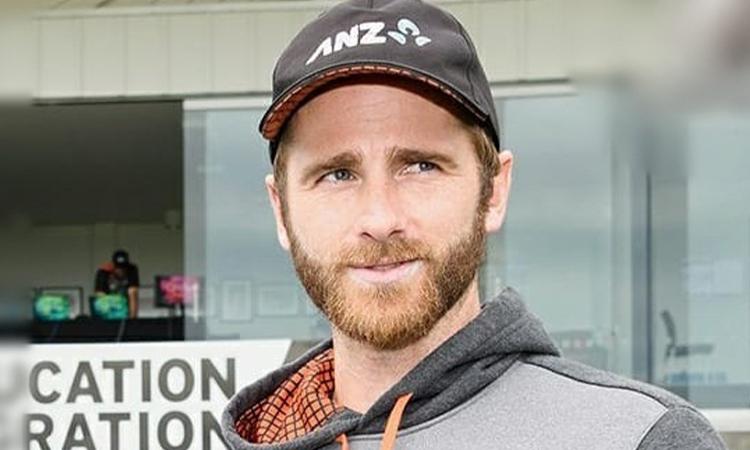 Net Run Rate zooms after Scotland win, but India still in a desperate situation
IANS - Saturday , 06 November 2021 | 01 : 30 PM
Following two big defeats -- to Pakistan by 10 wickets and New Zealand by eight wickets -- in the Group 2 'Super 12' stage, India were down to fifth on the points table with an abysmal Net Run Rate (NRR). But emphatic victories over Afghanistan and Scotland have seen them do one part right -- drastically improve the NRR.
Advertisement 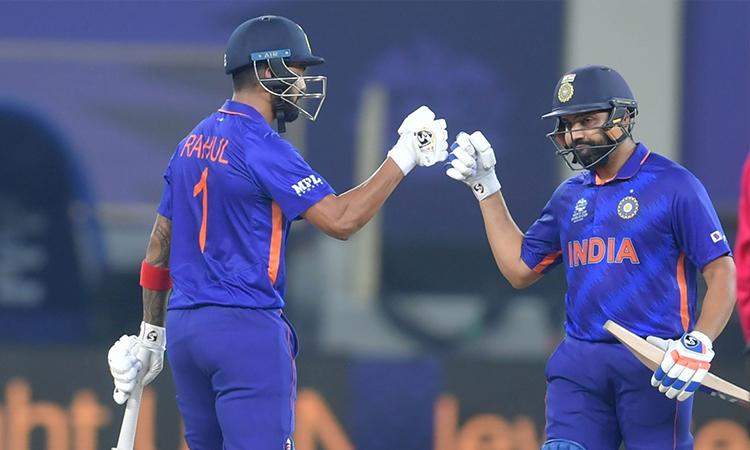 T20 World Cup: India thrash Scotland by 8 wickets, give net run rate a big push
IANS - Friday , 05 November 2021 | 10 : 52 PM
As expected, India came out all guns blazing. Rohit Sharma began with a slice over point. In the next over, Rahul cracked three boundaries through leg-side off Bradley Wheal. Rahul, in the mood to finish things quickly, slammed back-to-back boundaries off Alasdair Evans followed by Sharma creaming a loft over extra cover. 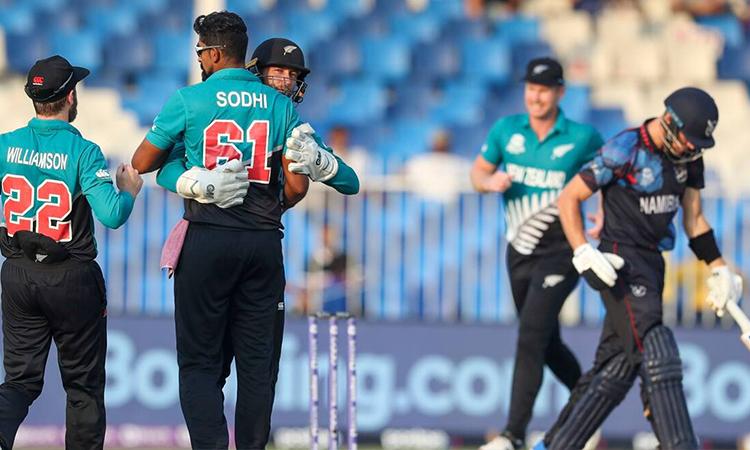 T20 World Cup: New Zealand hammer Namibia, move closer to semis
IANS - Friday , 05 November 2021 | 08 : 51 PM
With this win, New Zealand climbed to the second spot in the Group 2 points table of the mega-event. Chasing a challenging target, Namibia were unable to take advantage of the fielding restrictions as the New Zealand bowlers gave away just two boundaries in the first five overs and kept a leash on the scoring. Michael van Lingen struck a six and a four in the sixth over to make a better reading of the scoreboard at the end of the Power-play. 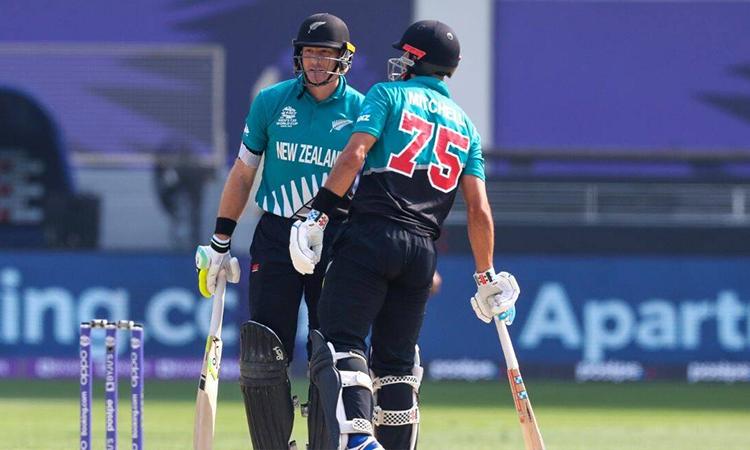 T20 World Cup: Phillips, Neesham propel New Zealand to 163-4 against Namibia
IANS - Friday , 05 November 2021 | 07 : 28 PM
Apart from Phillips and Neesham, skipper Kane Williamson also played a vital knock (28 off 25) and provided stability to the New Zealand innings. Asked to bat first, New Zealand openers Martin Guptill and Daryl Mitchell got the team off to a great start. However, Namibia fought back well by sending the openers back inside the first seven overs. 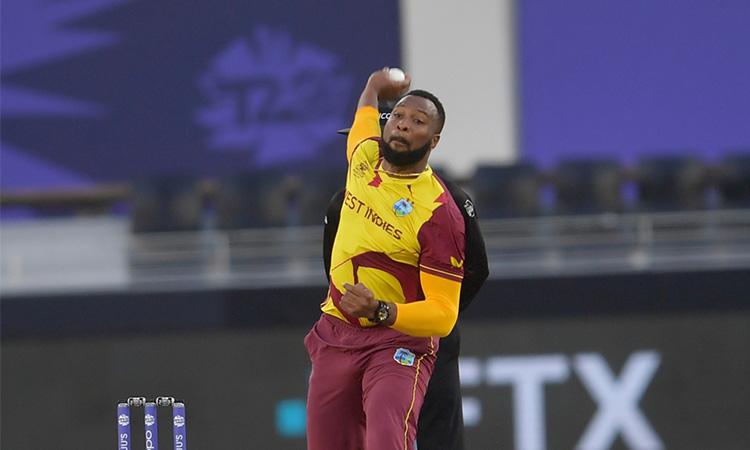 You can carry the horse to the river but you can't force them to drink: Pollard on teammates
IANS - Friday , 05 November 2021 | 02 : 18 PM
West Indies' campaign in the UAE started with a crushing 'Super 12' defeat at the hands of England, and Sri Lanka struck a lethal blow with a 20-run win here on Thursday evening, sending the two-time champions packing early. A lot of talk during the post-match press conference was on the ageing fleet of hard-hitters and Pollard said that there will certainly be a post-mortem of the losses.
Advertisement 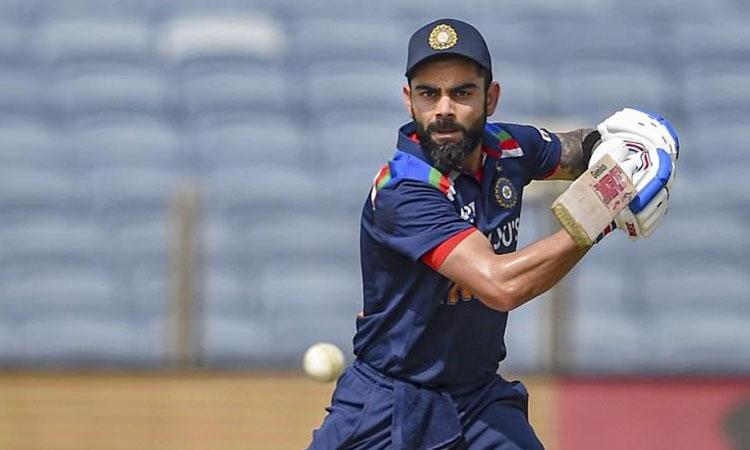 CLOSE-IN: Reality check for Indian cricket
IANS - Friday , 05 November 2021 | 01 : 43 PM
The Indian economy, a decade ago, went through the same euphoria of "India shining" and a feeling that intellectually we are the rising brains who will shortly control the world. A positive approach and attitude is great to get one to believe in themselves. However, to understand one's ability and capability is what finally prevails in order to be successful. 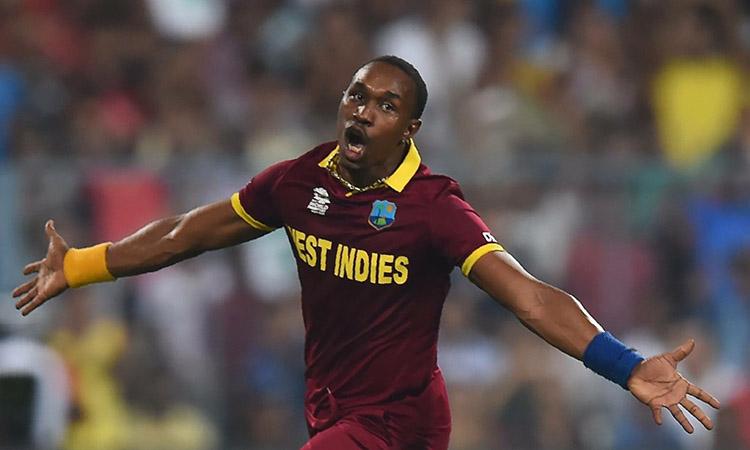 West Indies superstar all-rounder Bravo calls time on his international career
IANS - Friday , 05 November 2021 | 12 : 20 PM
But the 38-year-old superstar did not confirm whether he will also stop playing in the lucrative leagues around the world, especially the Indian Premier League (IPL), where he has played several seasons for the Mahendra Singh Dhoni-led Chennai Super Kings, though he missed the 2017 IPL season with Gujarat Lions due to an injury. In August, West Indies skipper Kieron Pollard had announced that Bravo had played his final T20I in the Caribbean.
Advertisement