Since coming into being in 1928, the Board of Control for Cricket India (BCCI) has been led by 37 leaders as presidents or interim presidents in its 90-plus years of existence.

In these years, the BCCI has grown from a body struggling to survive to becoming a financial behemoth -- the richest cricket board in the world that controls more than 50 per cent of worldwide revenues.

During these 90-plus years of existence, the BCCI has grown into a financial monolith and the most-powerful cricket board in the world because of the efforts of people like Inderjit Singh Bindra (IS Bindra), Jagmohan Dalmiya, NKP Salve, Sharad Pawar and N Srinivasan. Their reigns not only helped cricket grow into the No. 1 sport in the country but also helped BCCI become the most powerful cricket organisation in the world, weaning away the power from old guards England and Australia.

These periods were also marred by several controversies and re-alignments as they remained the power centres for many years, becoming the head honchos at the ICC before things fell apart.

Here's a look at some BCCI presidents whose contributions made BCCI the financial behemoth that it is today:

Inderjit Singh (IS) Bindra: A former Indian Administrative Service (IAS) officer, Bindra was the BCCI president from 1993 to 1996. But more importantly, he along with Jagmohan Dalmiya envisaged the true potential of Indian cricket and introduced marketing and sponsorship to the game.

With his support, Dalmiya went on to become the first Asian president of the ICC but it was after that they fell apart and became bitter enemies and fought many pitched battles.

Bindra was also president of the Punjab Cricket Association for around three decades.

Jagmohan Dalmiya: The stalwart from Kolkata was the strong man in the BCCI for nearly two decades as he and Bindra played a pivotal role in opening up the Indian cricket television market. It was due to their efforts that India's stature in world cricket improved tremendously when its financial muscle developed manifold.

In 1997, he was unanimously elected president of the ICC and held the post for three years and played a key role in South Africa's return to international cricket in 1991 after the Apartheid ban was lifted.

Dalmiya is credited with commercialising cricket and making the BCCI the richest board in the world. However, once his candidate, Ranbir Singh Mahindra, lost to Sharad Pawar in the 2005 elections, Dalmiya lost power and was even expelled from the board for alleged misappropriation of funds and refusing to provide certain documents. He won the case in the High Court and the Supreme Court and eventually made a brief return as BCCI's interim president during the 2013 IPL match-fixing saga.

Sharad Pawar: The Maratha, a seasoned politician and Union minister joined forces with IS Bindra, N. Srinivasan, Lalit Modi, Niranjan Shah, Jyotiraditya Scindia and many other senior administrators to end Dalmiya's reign in the BCCI. He was president of the BCCI from 2005 to 2008 and later went on to become ICC president from 2010 to 2012.

With his stature as a top politician in the country and a successful sports administrator, Pawar managed to bring top administrators from various parts of the country together. It was during his tenure that the BCCI conceptualised and launched the Indian Premier League (IPL) in 2008 as a cash-rich T20 franchise-based league that became one of the major sources of revenue for the board through broadcast rights.

But Pawar is also blamed for allowing Lalit Modi too much power while launching the IPL and also permitting the then BCCI treasurer N. Srinivasan's India Cements to bid for the Chennai franchise in the IPL. The decision later opened a Pandora's Box over a conflict of interest.

N. Srinivasan: One of the most controversial reigns as president in the BCCI was that of Tamil Nadu's N. Srinivasan. Having held important posts like treasurer and secretary in the BCCI, Srinivasan had two stints as BCCI president -- the first from 2011 to 2013. He had to resign in the wake of the IPL spot-fixing scandal of 2013 in which his son-in-law Gurunath Meiyappan was one of the accused.

He attempted to remain president while conducting an inquiry into allegations that his son-in-law was involved in illegal betting and trading of inside information related to Chennai Super Kings.

Under mounting pressure, Srinivasan, who was initially defiant, stepped aside and appointed Dalmiya as interim president. In October 2013, the Supreme Court allowed him to take charge as BCCI president but again in March 2014, the SC asked him to step down so that a fair investigation may be conducted.

The court accepted there was a conflict of interest situation. The Chennai Super Kings were suspended from the league for two seasons for Meiyappan's involvement in illegal betting.

Srinivasan's move to amend the BCCI constitution to remove the tenure restrictions for the BCCI president's post also generated lots of debate. He also tried to restructure the ICC in such a way that the majority of the revenue would go to the Big Three -- India, Australia and England. He was forced to quit the ICC chairman's post following his resignation as BCCI president. He continues to rule at the Tamil Nadu Cricket Association, despite age and tenure restrictions. 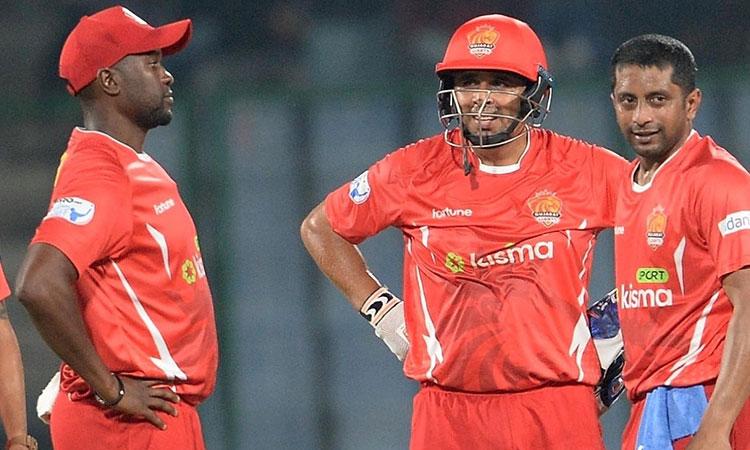