Despite India not being able to win Asia Cup 2022 in the UAE, captain Rohit Sharma is clear that his team will continue with their attacking approach with the bat, something which has given them results in bilateral series wins and made it clear that if the approach doesn't come off on a particular day, then they have a plan in hand as they kickstart their build-up to Men's T20 World Cup with first T20I against Australia on Tuesday.

"We will continue to play like that. Because that is something we spoke clearly right at the beginning, and everyone's quite comfortable with that. At the same time, we know our second line of defence, what is it if we are in trouble. We spend a lot of time talking about these things. Guys are very clear: If we are three for 50 or 50 for no loss, how we need to go about our business in batting, we are very clear on that and have been discussed on a length."

"It's just about going in and executing it. If you see our batting style in Asia Cup, we posted around 170 in almost every game. The par, I mean except for that one game against Sri Lanka, around 173, where we failed to defend. You saw our game games against Pakistan as well. It went down to the wire with last-over finishes. So it could have gone either way. So we were not really worried about what happened there," said Rohit in the press conference.

Rohit went on to say that in big events like the World Cup, some luck has to be in their side and revealed a review meeting will happen after series against South Africa ends.

"Honestly, we played good cricket. When you're playing a tournament like that, you need a bit of luck too. I'm not saying 100% luck, but five per cent or even ten percent, which I'm expecting during the World Cup in toss, run-outs. What I mean is rub of green has to go your way also in World Cup. That approach of ours has given us a lot of success. We trust the players to go out and play like that, which they have achieved while doing that. So, it's a great sign and we are quite happy with it."

Also Read | Umesh bowled really well in IPL, gives us the option to bowl with him upfront: Rohit Sharma

"We will have a review after the South Africa series about how everything went in last 10 months and what we need to do in the World Cup. Of course, we believe in a lot of analysis, if we're trying to do something, how did it pan out for us? All those things would be reviewed quite nicely."

In the series against Australia, India will be welcoming back pace duo of Jasprit Bumrah and Harshal Patel, who missed the Asia Cup due to injuries. While Australia are reigning World Champions and South Africa have showed in recent times that they can't be taken lightly, Sharma is wary of tough challenge from the two teams and wants to know more about his players against strong sides through these six matches.

"As a team, the work never stops for us. We always keep learning, improving as a team. Of course in every series you play, you try to find something new about your team and players. We ask them to go and express themselves, go out and play freely. While doing that, a lot of things come out. It's very important to play such series, we find out a lot about my players, what they can do in different situations. I am sure we can find out a lot more when we play against Australia and South Africa."

"I'll never say we are a perfect team, all we can do is prepare ourselves well, keep learning and improving, important to have modesty when you approach a big tournament like the World Cup. These two series (against Australia and South Africa) are going to be quite challenging as they are top two teams in the world. So, it will be a good challenge for us." 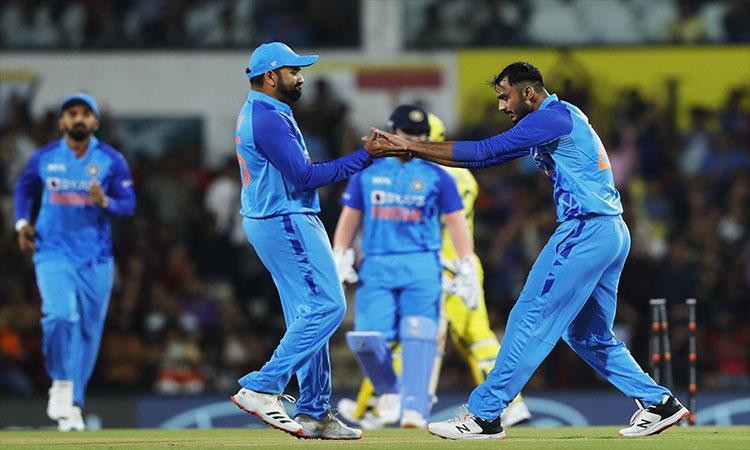