Even as the Naga peace talks have entered the last but a critical phase with the Central government stating clearly that it "can never reconsider" demands related to a separate Flag and Constitution, veteran state politician S.C. Jamir has counselled both Prime Minister Narendra Modi and Union Home Minister Amit Shah that one should not expect "100 per cent unanimity".

"The talks should not be delayed further," Jamir, also a former Chief Minister of Nagaland and former Governor of Maharashtra and Gujarat, told IANS in an interview.

"I told the government of India and two of our leaders (Modi and Shah) do not expect unanimity... Even in parliament you don't get unanimity, same in a family. Democracy means someone will not agree. It's all right."

To specific questions on the issues of a separate Flag and Constitution as raised by the NSCN-IM, he told IANS: "I speak frankly and so many Naga leaders do not like me. I have always been speaking the truth."

Also Read | Where does SC stand on Delhi? Status quo at Jahangirpuri, no stay for Shaheen Bagh

Both the Framework Agreement of August 3, 2015, inked between negotiator R.N. Ravi and NSCN-IM, and the Agreed Position signed by the NNPG in 2017, have no mention about the two points.

"It is very clear from two agreements, the Framework Agreement and the Agreed Position, neither of them mentions these two demands. There is also no mention of Sovereignty and Integration of Naga inhabited areas... If any of the competencies has to be incorporated in the Constitution of India, it has to come through Parliament of India," the former Chief Minister said.

Jamir explained that it ought to be understood properly that all "agreements" made by the Centre with both NSCN-IM and NNPG, have to be "incorporated in the Constitution of India".

"When things are so clear, so my moot point is in the Naga spirit, I think they (Naga underground leaders) should adhere to the signature they have appended willingly and knowingly in the agreement," he told IANS.

Jamir, who enjoys a good working relationship with the Prime Minister since their days in Gujarat, said: "I have told both our leaders (Modi and Shah) first you settle the issue and work out the Solution. For post-solution issues and challenges we can help.

"The Churches and NGOs will have a bigger role to rehabilitate and settle the underground workers and leaders."

There should be "no further delay" in finalising a final peace pact, the veteran politician insisted.

Jamir had survived more than one attempt on his life, including one at the Nagaland House in New Delhi in 1992.

"Post solution there will be certain issues; this happens everywhere when you have some people in the fields fighting and moving around with guns everywhere. When American soldiers return from Afghanistan or Iraq, they face this," he said, adding that the Central government also understood it well.

"We have to be compassionate in the rehabilitation of the underground. Some of them may even feel a peace pact is like a death warrant. So post solution challenges will be multiple, security is just one dimension.

"Some of the challenges will be psychological and also economic and social," he maintained.

Jamir was in the national capital at the invitation of the Union Home Minister.

Importantly, his meeting with Shah on Friday came ostensibly at the directives of the Prime Minister Modi whom Jamir had met last month and held detailed discussions on the peace parleys and the political situation in the state.

Nagaland is set for Assembly polls early next year along with Tripura and Meghalaya.

In a true statesman-like gesture, the veteran politician suggested that there should be a "compassionate effort" to rehabilitate all Naga underground workers and leaders and also that they should emerge as "heroes".

"I think we should have a very compassionate approach for the resettlement of all underground workers and leaders. Secondly, they should come out as heroes and not as defeated persons."

He maintained that this "crucial environment" can be created "not necessarily only by the government of India, but by the churches of Nagaland, NGOs and political parties".

(Nirendra Dev is a New Delhi-based journalist. He is also author of books, "The Talking Guns: North East India" and "Modi to Moditva: An Uncensored Truth". Views are personal.) 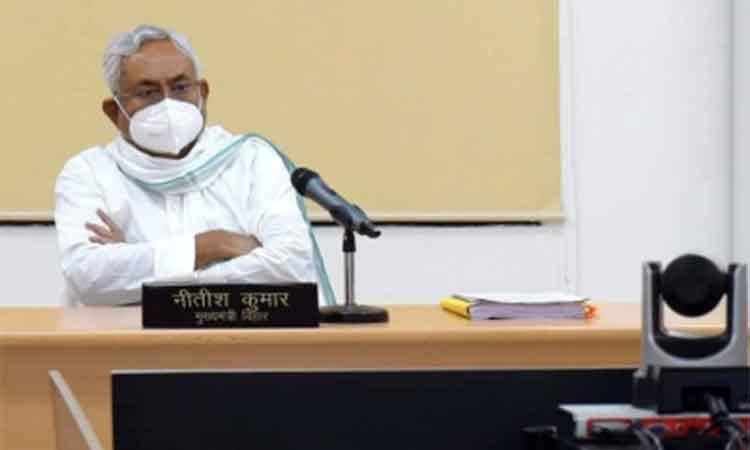