The visit of US Secretary of Defence Lloyd Austin to India, along with Japan and South Korea within a week of Quadrilateral Security Dialogue (Quad) Summit held on March 12, indicates a quick follow up. The Summit did not name China directly, but Beijing seemed nervous and rattled about the event, as its mouthpiece Global times accused the Quad members to be hyping the "China threat" before the event and expressed that India will not go US way due to its own ambition and economic dependency on China, after the visit. Apparently, China saw a major challenge to its dream of China Centric Asia Pacific, in Quad's call for a free, open, inclusive, healthy, Indo-Pacific region that is "anchored by democratic values, and unconstrained by coercion". China's hope that the four-country group hasn't formed a cohesive force from within, may need a revisit after the Quad leaders agreed to give a joint statement, committed to holding an in-person leaders' summit by the end of 2021 and agreed to pursue important agendas through three focused working groups.

Benign agenda but the clear trajectory

Besides unanimity in need for a free, open rules-based order, rooted in international law to advance security and prosperity and counter threats to both in the Indo-Pacific, the key agenda which attracted global attention was a collective response to the Covid-19 pandemic in terms of synergizing the vaccination efforts for humanity, with India as a manufacturing hub, assisted by others to roll out one billion vaccines by 2020. The other two issues of working groups being emerging critical technologies and climate change. The agenda seems benign, but Beijing did not miss the connection of freedom of navigation, overflight and the concerns over "aggression" and "coercion" against members of Quad by China in its first summit meeting. No-one during the Summit called out China directly, but China knows that it challenged rule-based order by junk-ing PCA's decision in the South China Sea (SCS) and continues to coerce countries in the Indo-Pacific region.

The list of shared challenges to be addressed also includes cyber space, critical technologies, counterterrorism, quality infrastructure investment, and humanitarian-assis-tance and disaster-relief (HADR), some of which echo Chinese alleged involvement like cyber attacks and transparency of World Health Organization. The Quad's assertion to support the rule of law, freedom of navigation, overflight, democratic values, and territorial integrity has added to the frustration of Beijing, which has started firing salvo of propaganda through its mouthpiece Global Times, calling India (the only Non-NATO partner) as "Negative Asset for BRICS and SCO" failing to understand Chinese good-will! Quad's announcement of forthcoming naval drills of Quad plus countries and the willingness of some NATO members like the UK, France and Germany, to join in responding to challenges in the Indo-Pacific, has further added to the discomfort of China, indicating the for-ward trajectory of Quad.

China will like the world to believe that there are wide divergences in four democracies getting together, but in the evolution process, Quad seems to be getting over some of them. There is much more acceptability regarding divergent definitions and focus areas within the Indo-Pacific region. With the series of foundational agreements like COMCASA, BECA, LEMOA and CISMOA signed between US and India, and naval exercises, the inter-operability of India with other Quad members, operating within NATO military alliance framework, has improved. The joint statements of Defence Ministers of the US and India on March 20 indicates convergence in approach and intention to have better defence cooperation between both countries in line with Quad commitments and strategic partnership.

India is the only country amongst Quad members, which has an unsettled land border with China. After Doklam and Ladakh standoffs, it's quite clear to Indians that China can't be trusted, which has brought relatively better clarity in Indian position. The economic entanglement of each of the Quad members with China necessitates a resilient supply chain, digital and technological ecosystem, with minimal dependence on China. There has been a consensus regarding support for ASEAN's centrality in the Indo-Pacific as well, but their inclusion into it will be a debatable issue, due to Chinese influence over them. China has always tried to deal with every country on bilateral terms, using its Comprehensive National Power (CNP) to its advantage and will continue to do so even with Quad members.

Countering Chinese Challenge? The 'Incremental Encroachment Strategy' of China exhibited in SCS, East China Sea (ECS) and Ladakh is a serious concern not only to the countries directly affected by overlapping EEZ or unsettled borders but also to the rest of the world, as China continues to convert features/atolls into military bases, expect others to accept them as islands and apply 'Baseline principle' under UNCLOS-III to claim its 200 nautical miles of EEZ thus converting SCS into 'Chinese lake' over a period of time. It poses threat to freedom of navigation (FON) and flight along global Sea Lines of Communication (SLOC) and may lead to some restrictions like Air Defence Identification Zone in SCS. Any such action by any country to restrict FON/flight or violation of rule of law must be challenged in the UN Security Council backed by Quad. All members of Quad except the US have ratified the UN Convention on the Law of the Sea (UNCLOS III); hence the US needs to ratify the same, to have a moral high ground to implement it.

China seems reasonably confident that the US or any other country will not use military force to dismantle its infrastructure constructed in SCS. It is also increasing its naval capability at an unprecedented pace. In this context, it is necessary that Quad strengthens itself beyond Malabar exercises, gets some teeth in the form of maritime capacity building of its members and the capacity to dominate choke points sensitive to China, as it's not a military alliance so far. The quad will therefore need a formal structure and a secretariat to take it forward.

Way ahead for Quad

Covid-19 vaccines will be manufactured in India, financed by the US and Japan with logistical support from Australia. The intention of Quad to synergize medical, scientific, financing, manufacturing, critical emerging-technology and developmental capabilities in future, is a step in right direction. Sharing of innovative technology and capacity building for climatic challenges will serve the interest of humanity and make Quad an effective grouping.

Quad members must continue freedom of navigation exercises and military posturing in Indo-Pacific, as China continues to do so. If the strategic situation worsens there may be a need to position the 'UN Maritime Military Observers Group', as prevention of accidental triggering of conflict is possible in a region having a high density of combat ship on FON missions.

The Summit did not signal expansion, but it needs to have flexibility to incorporate like-minded democratic countries, as many would be keen to join Quad in future, because Indo-Pacific region is becoming the global economic centre of gravity and manufacturing hub. Support of other navies like France, the UK, Germany and other NATO members will be good deterrence to peace spoilers. Quad in its present form may not be structured to check Chinese adventurism, but it seems to be on right trajectory to become one of the most effective instruments to do so. Chinese aggressive reactions during a meeting of top officials of the US and China indicates that Quad has put China on notice, without even naming it, forcing it to showcase its strong stance to the domestic audience behind nervousness. 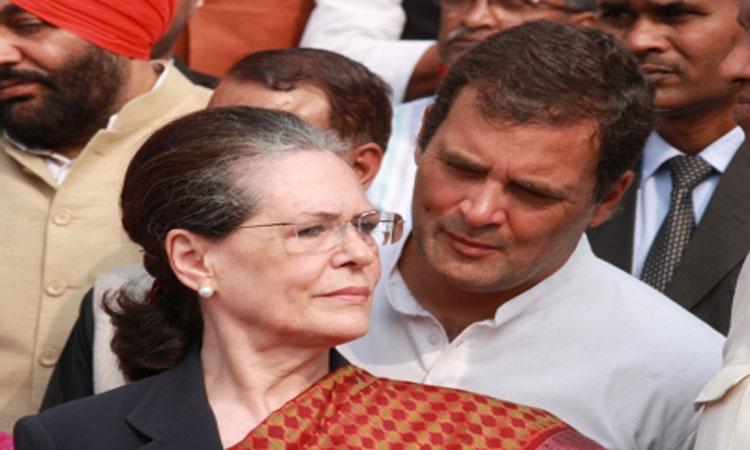 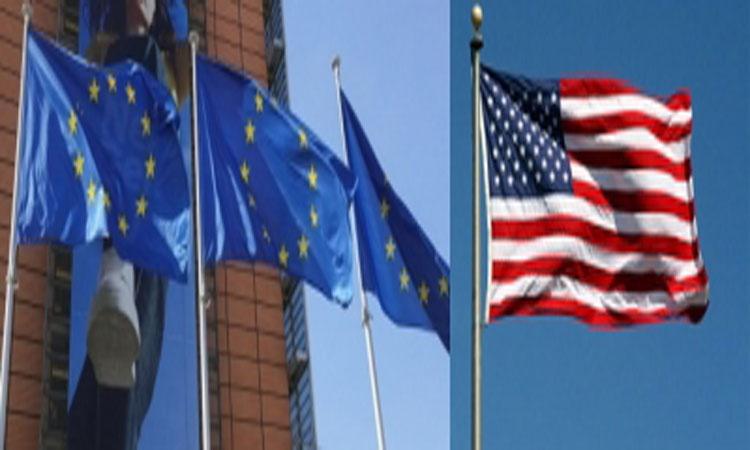 India needs to learn from US, EU to rein in organised social media campaigns 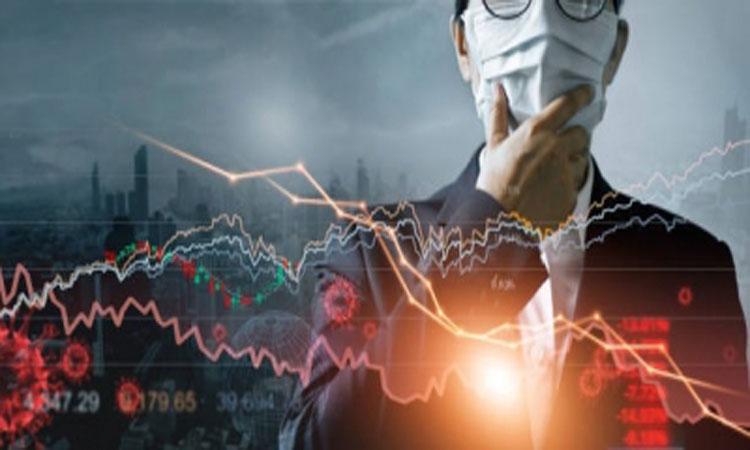 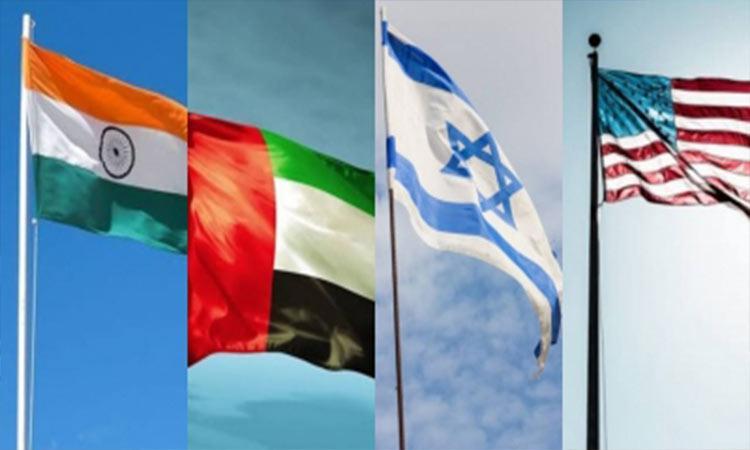