Modi regime in its first tenure concentrated on cleansing the systems of governance, pushing in with a number of schemes of development that directly benefited the common citizens and rebuilding the much-neglected ethos of nationalism that would consolidate India's unity and present before the world the image of a democratic country ruled by a leadership of strong political will power.

The surgical strike carried out by the Indian Air Force at Balakot across POK in Khyber Pukhtunkhwa province of Pakistan in February 2019 -- to punish the perpetrators behind the suicide bomber attack of the Pak-sponsored Jaish-e-Mohammad on a CRPF convoy at Pulwama -- marked the determination of the Modi government to uphold the defence and security of India against any external and internal threats, much to the appreciation of all patriotic Indians.

It defined the second tenure of Prime Minister Modi as a period when India would announce itself as a nation militarily strong enough to deal with any adversary and at the same time willing as the largest democracy, to play an active role in the cause of world peace and human welfare.

Also read| What is modern about ancient Chanakya

This policy framework of the second Modi regime has done well for India as halfway through the current tenure Prime Minister Modi put India's image as a major power with a say in global issues of war and peace, on a firm pedestal. The Prime Minister has earned a rightful place in the minds of the people as a leader of personal integrity and devotion to the nation in whose hands they felt protected against the country's enemies and had equal opportunities of development at home.

The rise of India's importance in the comity of nations is the outcome of the successful handling by the Modi government of Indo-US relations, fallout of the developments in Afghanistan and the pace of progress of Quad -- the multilateral forum that aimed at countering the aggressive designs of China in the Indo-Pacific region.

This was quite a lot to deal with and clearly was an enormous challenge of defence and foreign policy formulation that could be negotiated only with the help of a comprehensive assessment of the global situation, direct guidance from the Prime Minister and the exercise of political will of a kind that had not been witnessed earlier.

Prime Minister Modi had the advantage of having an extremely competent National Security Advisor by his side. The advent of the Taliban-led Afghan Emirate at Kabul a second time, made it necessary for India to adopt the right political and diplomatic approach simultaneously towards Biden presidency, Pakistan and China keeping this country's unique security vulnerabilities in view.

It was important to calibrate our responses to deal with the misplaced reliance US had placed on Pakistan in the matter of peace negotiations with the Taliban that were aimed at facilitating the American troop withdrawal from Afghanistan. India has been able to hold its ground -- it succeeded finally in getting the US to revisit its approach to Pakistan.

It is Afghanistan that expectedly had become a point of policy discordance between India and Biden administration because, unlike President Donald Trump, Joe Biden seemed convinced that terror in the name of Islam practised by the radicals of Al Qaeda and ISIS would not be a prime threat to US once a 'give and take' was reached with the Taliban on the issue of withdrawal of American troops from Afghanistan.

Also, Pentagon still carried goodwill for the Pak army as an ally of the Cold War in spite of the fact that its ambivalence was clearly seen during the course of the 'war on terror'. The Biden administration conveniently stuck to the view that a distinction had to be made between the Pak government and the 'non-state' actors indulging in terrorist violence.

It is interesting to recall that John Kerry who is again a key figure in Biden presidency, had vociferously contended on his visit to Mumbai following 26/11 that the horrific Mumbai attack could not be blamed on Pak army as it was the doing of outfits operating independently.

US intelligence was either not able to grasp the reality of inalienable bonds of Taliban with Al Qaeda as revealed during the 'war on terror' or was influenced by the tilt policy makers showed towards Pakistan's offer of mediation with Taliban. In any case it was strategically wrong for Zilmay Khalilzad to hold talks with the Taliban at Doha completely at the back of Ashraf Ghani government which was not too happy with Pakistan and thus give a message of 'appeasement' to the radical outfit that the latter fully exploited subsequently.

President Biden, in his total involvement with Xi Jinping's China as the principal adversary, did not take notice of the vicious Sino-Pak military alliance -- probably also because this axis worked primarily against India.

US could derive some comfort of distance in regard to the radicalisation of the Pak-Afghan belt but the democratic world at large has endorsed India's warning of the rising threat of terror for the region from the Pak-sponsored Taliban Emirate of Kabul.

During the visit of Prime Minister Modi to Washington for his first in-person meeting with the US President, Vice President Kamala Harris while highlighting the virtues of democracy, did refer to the threat of terror emanating from Pakistan and called upon the government there to take action against all the terror outfits. President Biden facing questions about his handling of Afghanistan maintained silence on Pakistan but left no one in doubt that he considered US-India friendship as the bedrock of strength for the democratic world.

He had earlier clubbed US with India when he described democracy as 'work in progress' and his reference to diversity, tolerance and democratic rights in his welcome address for India's Prime Minister was natural for a world leader campaigning against autocracies by highlighting the merits of democracy.

India's participation in the Quad summit during this visit has put Prime Minister Modi in the frontline of democratic leaders working in unity to checkmate the ascendancy of China -- a country that was leading the world of Communist dictatorships and aspiring to become the second superpower.

Quad is a huge political alliance working for global causes like Covid vaccine, freedom of trade and rule-based use of the Indo-Pacific and challenging the Chinese aggressiveness in this maritime region -- Prime Minister Modi has been upfront about supporting it as it helped to defend the Indian Ocean as well.

The defence pact of US, UK and Australia -- AUKUS -- focusing on helping Australia to acquire nuclear powered submarines as part of the collective effort to counter China in the Indo-Pacific is a welcome development from India's point of view. AUKUS strengthens Quad. India can concentrate on its own military build-up on the LAC to counter any Chinese aggressiveness there and further enhance its capability for dealing with any escalation of cross-border terrorism by Pakistan.

For India what perhaps remains to be done is to constantly enlighten the policy makers in the democratic world on the twin danger that Communist dictatorship and faith-based extremism represented by the Sino-Pak axis, would pose to them.

Further, the role Pak-tutored Taliban regime will play at Kabul is likely to turn Afghanistan once again into a fulcrum for the developing Cold War between US and China -- making that country relive its reputation as the 'geographical pivot of history'.

China has upheld Taliban rule in Afghanistan because of a mutual understanding between them about non-interference with the issues of Muslim minority in China. For both Islamic radicals and Communist China US-led West is the prime enemy.

Prime Minister Modi is to be appreciated for putting India on the world map as a leading light of the democratic order working for both India's national security as well as the promotion of global peace and development.

The US visit of Prime Minister Modi has strengthened the strategic partnership between the two countries. The American policy makers are realising the need for a course correction on a reevaluation of Pakistan's role -- that country collaborated with radical forces in general and played a dubious role in Afghanistan, in particular. Pakistan, Malaysia and Turkey are now turning against US and upholding extremism and radicalism on grounds of faith.

India is doing well to keep up friendly relations with Russia, Iran and Central Asian republics around Afghanistan. India under Prime Minister Modi is building closer ties with the US on the express recognition that the two countries representing the largest democracies in the world were natural allies.

Also read| Why India needs to be pro-active to counter Taiban 2.0 security challenge

At the same time, it was exercising the sovereign right of a major power of having bilateral friendships with other countries on the basis of mutuality of security and economic interests -- shedding any ideological baggage of the past. Global commons would see Indo-US convergence getting stronger as the geopolitical divide between the free world and the cluster of dictatorships of Communism and Radical Extremism gets deeper and more confrontationist in the times ahead. 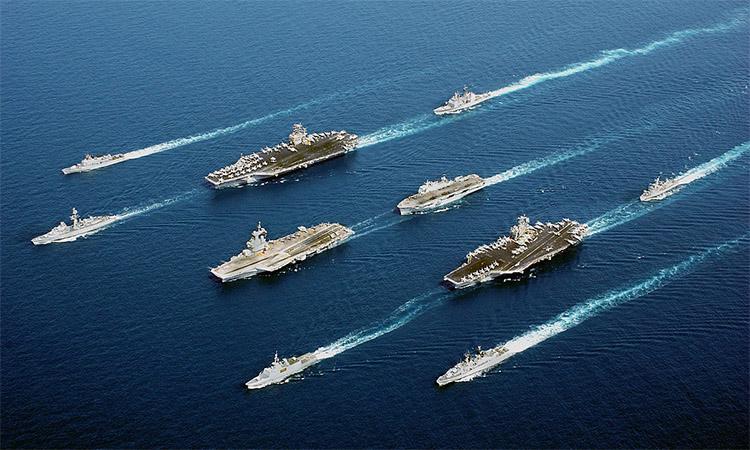 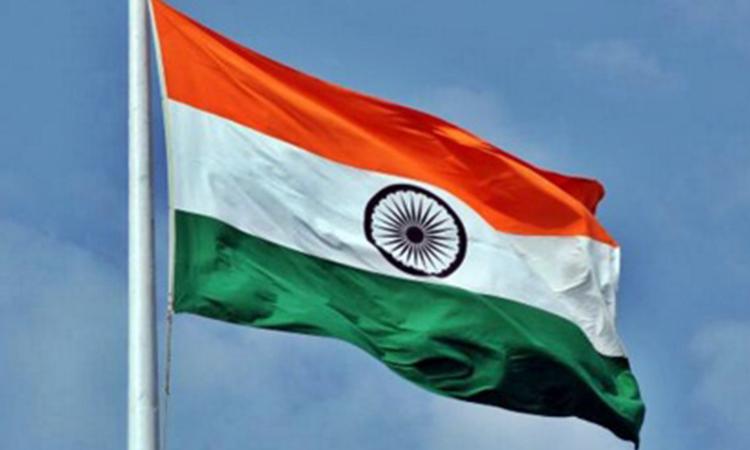 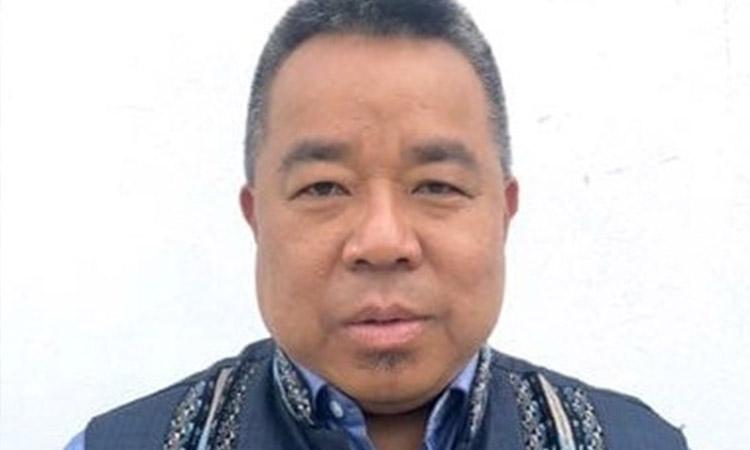 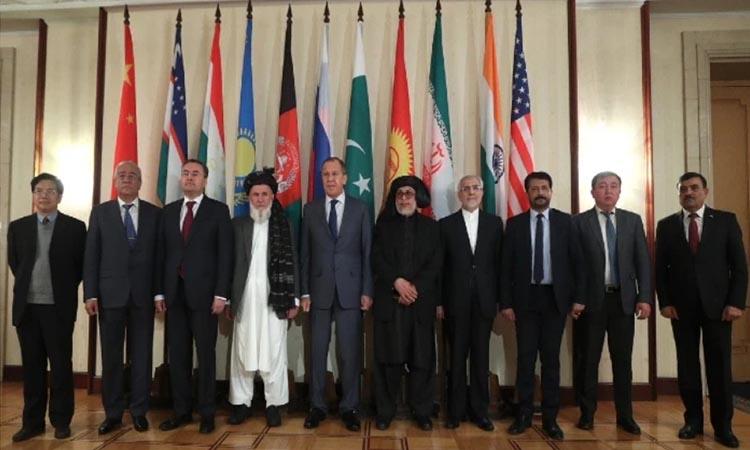 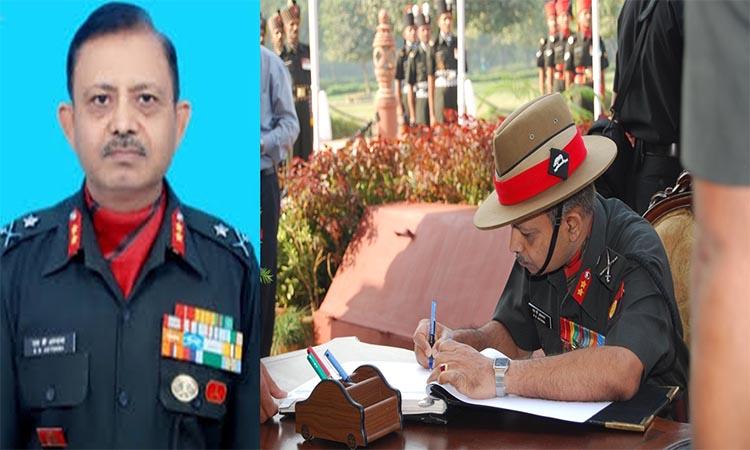 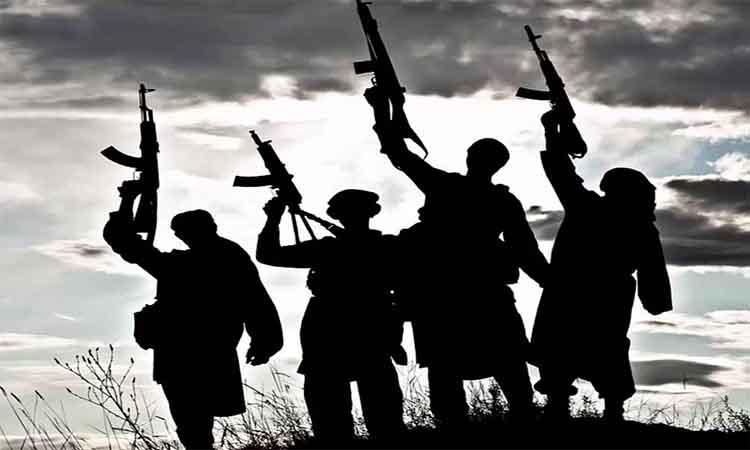 Tackling the resurgence of jihad in Kashmir