The women-first dating app 'Bumble' has just revealed its top six trends for the coming year of dating. As we recovered from the epidemic with new behaviours like hardballing, the rise of alcohol-free "dry dating", and an obsession with, including hobbies on dates, Bumble's 2022 trends focused on rediscovery.

In terms of the future, it appears that this year has taught us a few things about what we want and the best ways to express our wants and boundaries. The global study indicates that 2023 will be more concerned with disrupting the status quo and achieving more balance in our dating lives after 2022's year of rediscovery.

When it comes to dating next year, Bumble suggests we should expect:

Open Casting: It's time to do away with the tall, dark, and handsome requirements as the narrow search for our physical 'type' is not serving us.The opposite of type-casting, open casting refers to how 1 in 3 (38 per cent ) people are now more open to who they consider dating beyond their 'type' and 1 in 4 (28 per cent ) of us are placing less emphasis on dating people that others 'expect' them to. What are we looking for? The overwhelming majority of people (63 per cent ) are now more focused on emotional maturity than physical requirements.

Guardrailing: With the return of office culture and busy social schedules, the majority of people are feeling overwhelmed right now. This has forced us all to prioritise our boundaries and more than half (52 per cent ) have established more boundaries over the last year. This includes being clearer about our emotional needs and boundaries (63 per cent ), being more thoughtful and intentional about how we put ourselves out there (59 per cent ), and not overcommitting socially (53 per cent).

Love-life Balance: There has been a shift in the way we think about, and value, our work and our partner's work. Gone are those days that our job titles and demanding work days are seen as a status symbol with half of people prioritising work-life balance (49 per cent). When it comes to their partner, more than half of people care more about their work-life balance than their career status (54 per cent). Over the past year, more than half of people (52 per cent ) are actively creating more space for breaks and rest and more than 1 in 10 (13 per cent ) will no longer date someone who has a very demanding job.

Wanderlove: Looks like we're after an eat, date, love moment with 1 in 3 (33 per cent) people on the app say that they are now more open to travel and relationships with people who are not in their current city. Post-pandemic work-from-home flexibility means that 1 in 8 (14 per cent) of us have explored the idea of being a 'digital nomad', opening up how we think about who and where we date. In fact, 12 per cent of Indians actually find it easier to date in another country.

Modern Masculinity: As Indian society evolves, conversations about gender norms and expectations are coming to the forefront, especially among Gen Z and millennials. Over the last year, 3 in 4 (74 per cent) of men say they have examined their behaviour more than ever and have a clearer understanding of 'toxic masculinity' and what is not acceptable.This is even more pronounced in India where 47 per cent of men on Bumble have indicated that they are actively challenging stereotypes that suggest that men should not show emotions, for fear of appearing weak. Twenty-nine per cent of men on Bumble in India now speak more openly about their emotions with their male friends, and more than half (52 per cent) of Indian men agree that breaking gender roles in dating and relationships is beneficial for them too.

Dating Renaissance: Much like a well-known Queen B, many of us are having a renaissance with 1 in 3 (39 per cent) people on Bumble having ended a marriage or serious relationship in the last two years. In fact, this is more prevalent in India, where people are now jumping into their second chapter with 42 per cent of Indians using dating apps for the first time, learning to navigate new dating language and codes.

Samarpita Samaddar, India Communications Director, Bumble, shared, "2022 was a formative year with the return of travel, busier social lives and commitments, and a number of turbulent global events. However, for some people this post-pandemic shift left them feeling not in control and exhausted. In response to this, we've seen that people on Bumble are now prioritising identifying and clearly articulating their boundaries. These boundaries can be emotional, like being upfront about what they want or recognising red and green flags or physical, like ensuring they don't overcommit themselves.

All of these shifts are changing the ways that people are thinking about relationships, what they are looking for in their partners, and how to better balance our relationships, work and life. Looking ahead, there is a sense of optimism and excitement with 81 per cent of Indians feeling positive about dating in 2023. As we head into 2023, we are encouraged by various ways single people are challenging the status quo and taking control of defining what a healthy relationship means for them."

To help you connect in meaningful ways, those within the Bumble app can now recommend a profile to a friend via the 'Recommend to a Friend' feature. If you come across a profile on Bumble that's not right for you but might be for someone you know, you can now directly share a link to their Bumble profile. Bumble also recently launched Audio Prompts and Videos on Profile to empower its community to find real and compatible connections. You can also showcase your language preferences on Bumble by adding Language Badges. 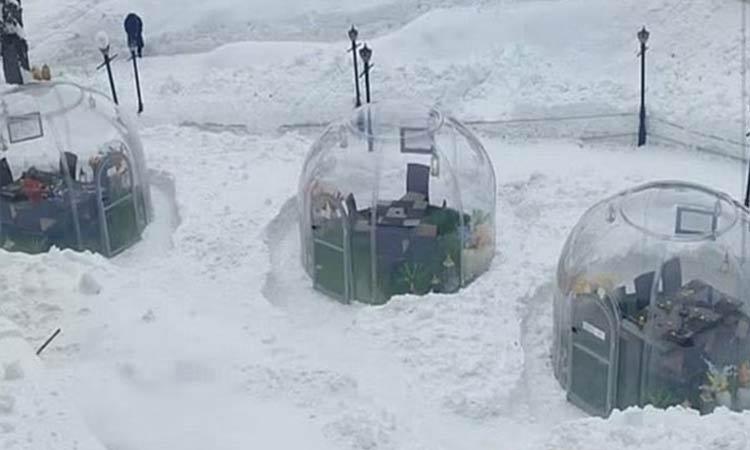