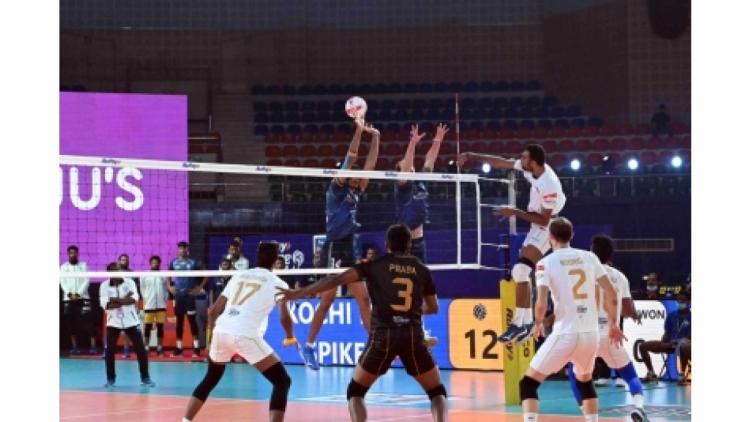 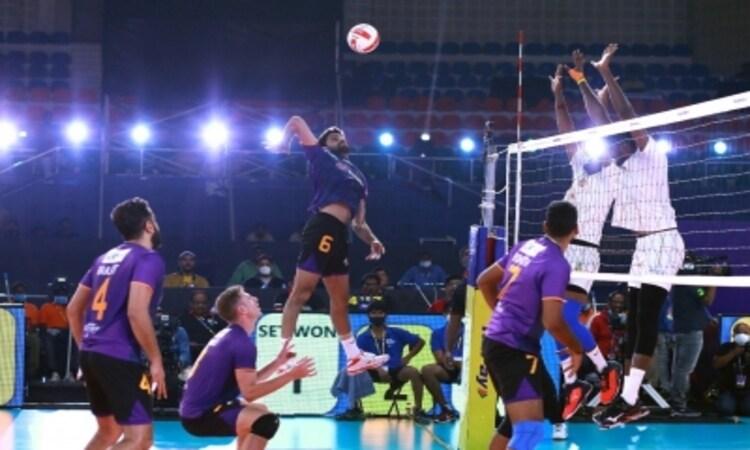 PVL: Pankaj Sharma's magnificent spikes help Bengaluru Torpedoes beat Ahmedabad Defenders
IANS - Friday , 18 February 2022 | 08 : 58 AM
Pankaj Sharma and Noah Taitano got the Bengaluru Torpedoes off to a strong start as the side took the lead at 8-5 in the first set. Sarang Santhilal pulled off a brilliant smash as the Torpedoes extended their lead further. However, Angamuthu stood tall as the Defenders leveled the scores at 12-12. Thereafter, Pankaj effected two superb spikes to help the Torpedoes close out the first set at 15-14. 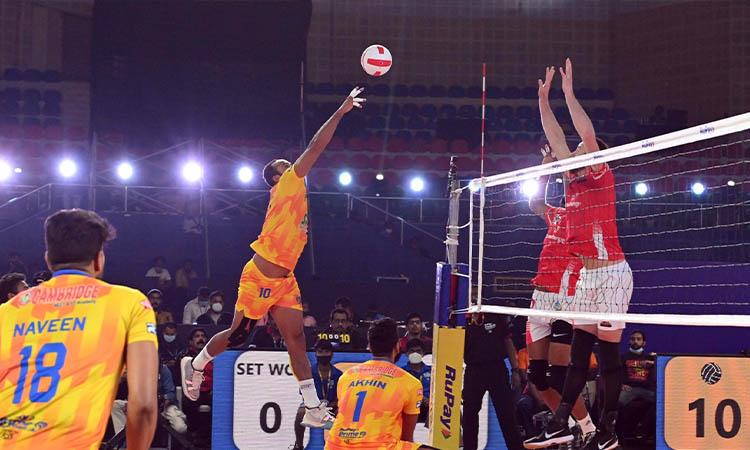 PVL: Bruno Da Silva powers Chennai Blitz to their first victory
IANS - Friday , 18 February 2022 | 12 : 07 AM
Fernando Gonzalez stood tall for the Chennai Blitz as the team took the lead at 7-5 in the first set. Thereafter, spikes from Jerome Vinith and Ajithlal C helped the Calicut Heroes level the scores at 9-9. David Lee produced a fantastic spike to help the Heroes win a Super Point and take the lead at 13-12. However, the Blitz fought hard and closed out the first set at 15-14 through a fantastic serve by Bruno Da Silva.
Advertisement