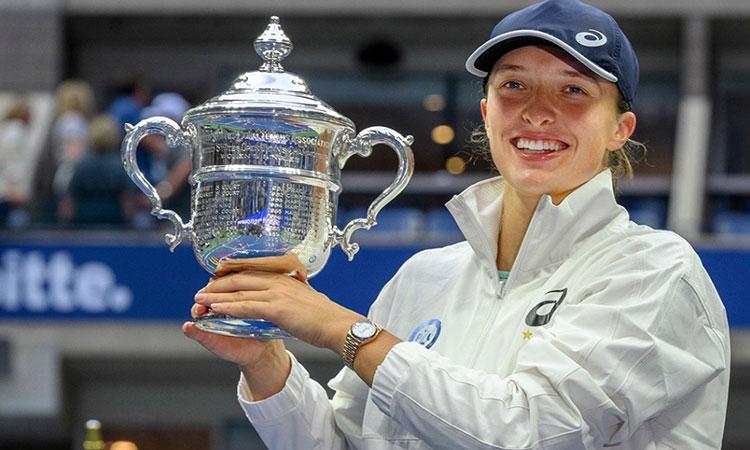 WTA Rankings: Iga Swiatek opens big lead over second-placed Jabeur after U.S Open win
IANS - Tuesday , 13 September 2022 | 12 : 15 AM
By capturing her seventh singles title of the season, including her second Grand Slam title, current World No.1 and 2022 U.S Open champion Iga Swiatek continues to build on her lead atop the WTA Rankings. Poland's Swiatek has owned the No.1 ranking for 24 consecutive weeks, a streak that dates back to April 4. 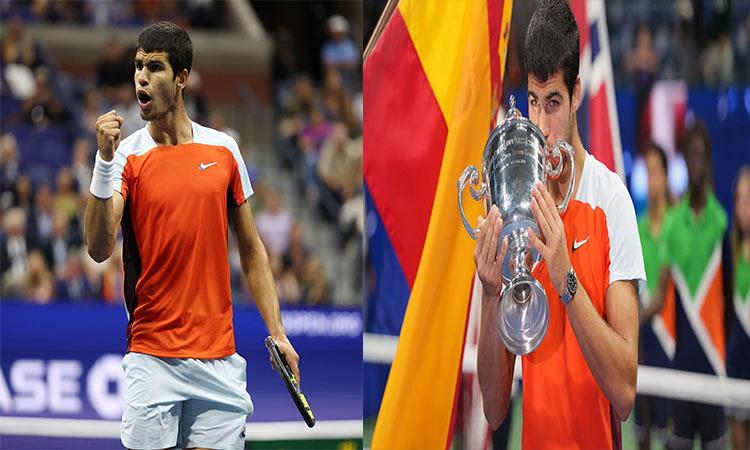 Carlos Alcaraz clinches US Open title with four-set victory over Casper Ruud
IANS - Monday , 12 September 2022 | 10 : 47 AM
The 19-year-old Alcaraz won 76 per cent of net points (34/45) to outlast his opponent inside the Arthur Ashe Stadium after a nearly three hours and 20 minute slugfest. This was Alcaraz's 51st tour-level victory of the season Drained of energy, Alcaraz dropped to the floor following the victory and then climbed up the stands to embrace his coach and former player Juan Carlos Ferrero. 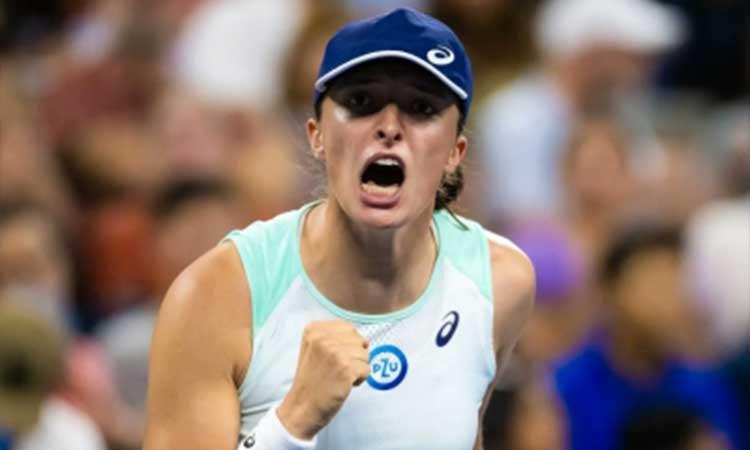 Iga Swiatek overcomes Ons Jabeur to lift maiden US Open trophy
IANS - Sunday , 11 September 2022 | 11 : 05 AM
Following Ashleigh Barty's surprise retirement in March this year, Swiatek was thrust into the role of No.1 at the age of 20 then, but she has since handled the pressure very well, proceeding to win 37 straight matches, including the French Open. On Sunday at the Flushing Meadows, rather than being intimidated by the No.1 ranking, the Polish tennis ace -- now 21 years old -- seemed quite inspired. 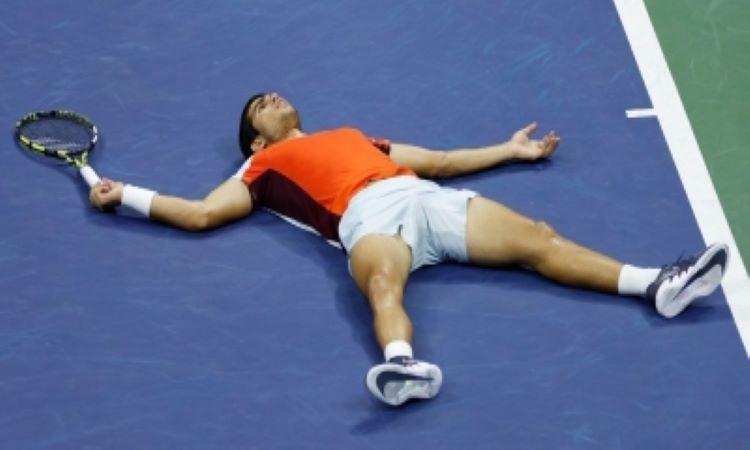 Spaniard Carlos Alcaraz sets up US Open title clash against Norway's Casper Ruud
IANS - Saturday , 10 September 2022 | 04 : 49 PM
Ruud moved past Russia's Karen Khachanov 7-6(5), 6-2, 5-7, 6-2 to reach his second Grand Slam final, further boosting his chances of rising to No. 1 in the ATP Rankings. Alcaraz, who too is in line to become the new No. 1 should he win the summit clash, is the second teen to make the US Open final in the Open Era, joining the legendary Pete Sampras of the US.
Advertisement 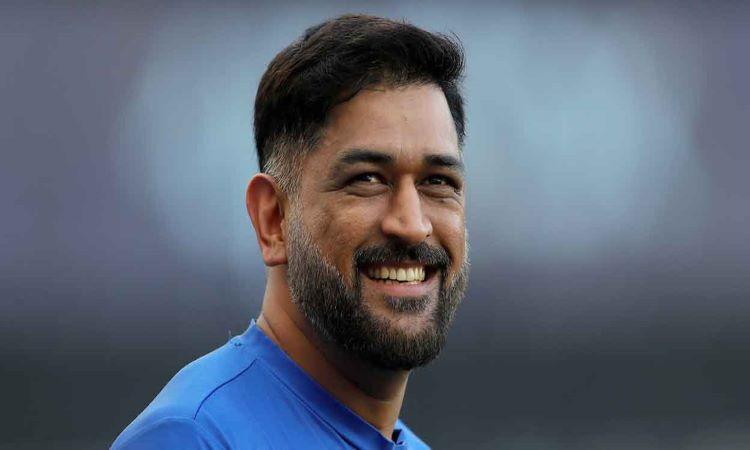 Dhoni spotted at US Open watching Alcaraz match; organisers tweet his image and call him an India batting legend
IANS - Saturday , 10 September 2022 | 03 : 55 PM
The verified twitter account of US Open Tennis, @usopen, on Saturday tweeted an image of Indian Premier League (IPL) side Chennai Super Kings' skipper and wrote, "ICYMI (In case you missed it): Indian batting legend MS Dhoni was in the building for Wednesday's record-setting quarterfinal between Alcaraz and Sinner that ended at 2:50am." 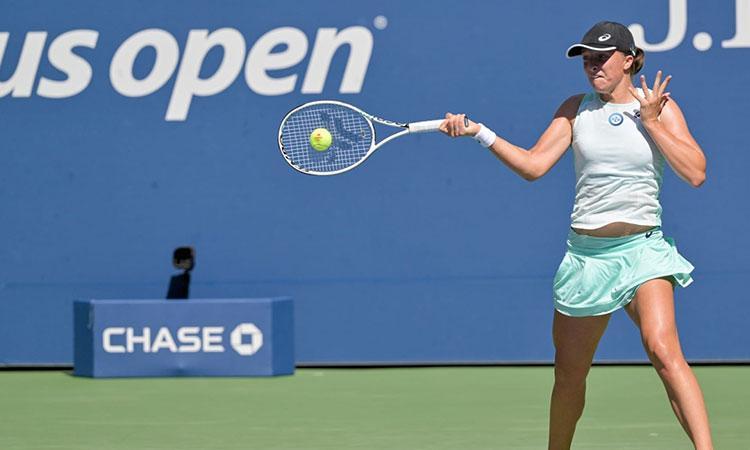 Iga Swiatek to take on Tunisian Ons Jabeur in US Open final
IANS - Friday , 09 September 2022 | 04 : 35 PM
Iga Swiatek will meet No.5 seed Ons Jabeur in Saturday's women's singles final after the Tunisian thrashed No.17 seed Caroline Garcia of France 6-1, 6-3 to become the first player to advance to the final in Wimbledon and at the US Open in the same season since Serena Williams in 2019. 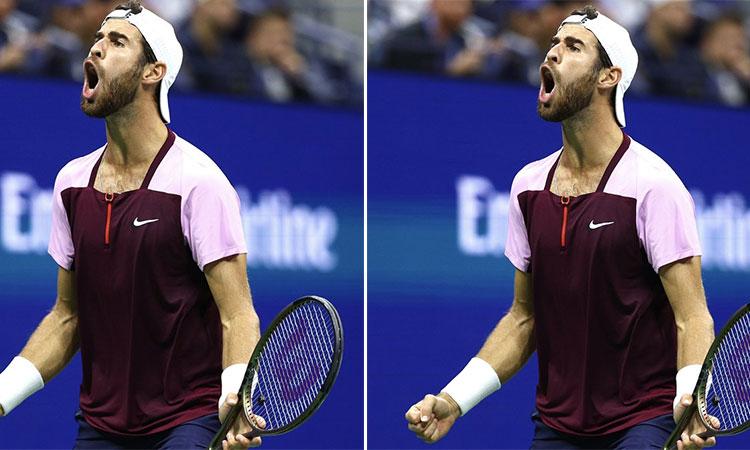 Karen Khachanov eliminates Nick Kyrgios; to meet Casper Ruud in US Open semifinal
IANS - Wednesday , 07 September 2022 | 08 : 54 PM
The 27th seed Khachanov withstood 31 aces and a vociferous crowd supporting Kyrgios to eke out victory in three hours and 39 minutes after earlier coming within two points of win in the fourth set. Khachanov himself fired 30 aces and will play Norway's Casper Ruud in the last-four. Ruud has the opportunity to finish the tournament at No. 1 in the ATP Rankings. 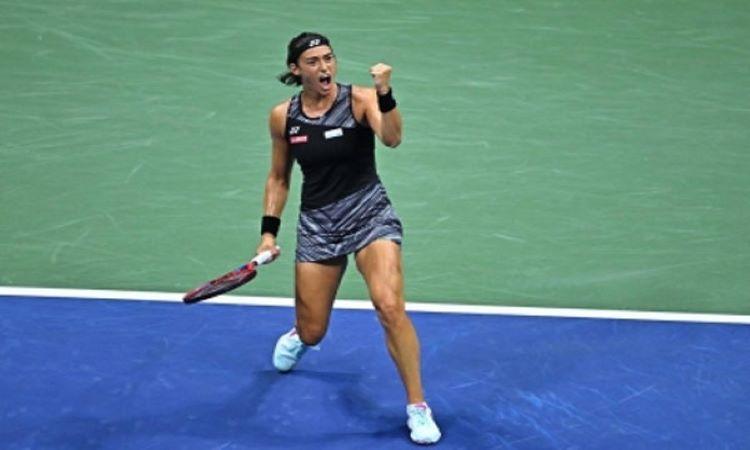 Frenchwoman Garcia ousts Gauff; enters US Open semifinal
IANS - Wednesday , 07 September 2022 | 05 : 04 PM
The 28-year-old will take on No.5 Ons Jabeur in Thursday's last-four clash. Playing in her first Grand Slam quarterfinal since 2017, Garcia became the third Frenchwoman in the Open Era to make the US Open semifinals, joining Amelie Mauresmo (2002 and 2006) and Mary Pierce (2005). She will be bidding to become the first Frenchwoman since 2005 to make the final at Flushing Meadows and the first since 2013 to win a major singles title.
Advertisement 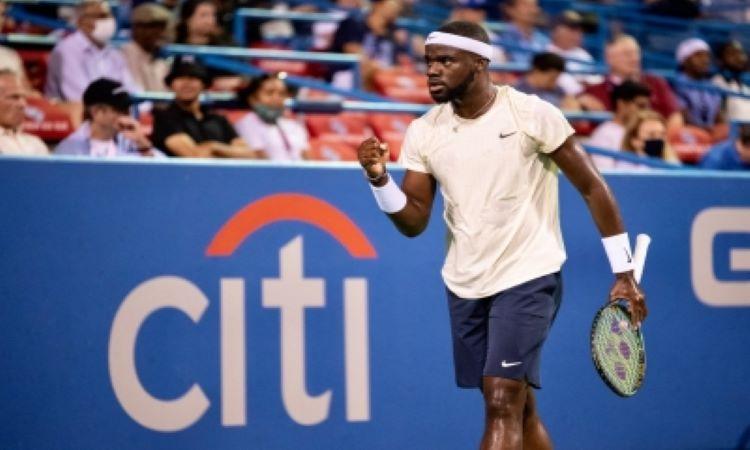 Tiafoe beats Nadal to secure quarters berth; crashes Spaniard's dream of fifth US Open crown
IANS - Tuesday , 06 September 2022 | 04 : 08 PM
The strongly-built Tiafoe played fearless tennis throughout the three-hour, 31-minute contest inside the Arthur Ashe Stadium to earn his third top-5 victory. He hammered the ball off both wings to become the first American man to reach the last-eight at Flushing Meadows since John Isner in 2018. He has also become the youngest to accomplish the feat since Andy Roddick in 2006.
Advertisement