Rubina Dilaik sets hearts racing in braless gown
Newsmen Photo Desk - Wednesday , 25 January 2023 | 05 : 49 PM
Rubina is one of the most loved actresses. She got fame with her brilliant performance in the show Shakti Astitva Ke Ehsaas Ki. The diva is mostly active on social media and connected with her fans with sizzling and stunning pictures. Recently, she dropped a bunch of pictures in a braless gown which raises many eyebrows. Let's take a look at some of her breathtaking pictures. 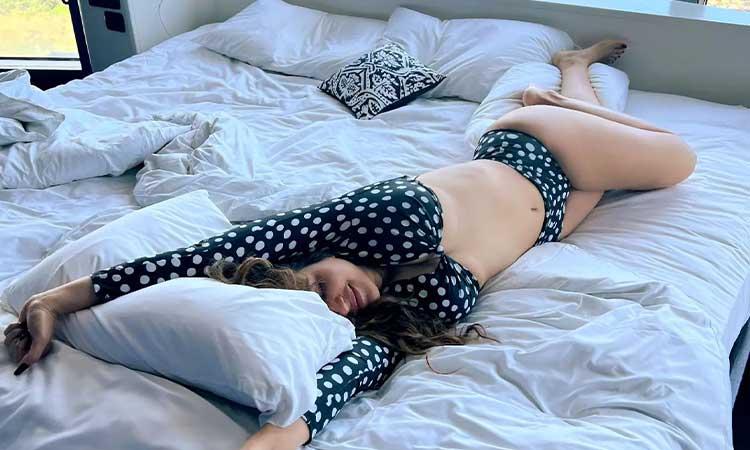 Shama Sikander dazzles in polka-dotted bikini lying on a bed
Newsmen Photo Desk - Friday , 20 January 2023 | 05 : 41 PM
The diva worked in both TV serials as well as movies. Looking at her social media, she is mostly active on the platform and produced glamour there and stunned her fans with her sizzling hot pictures. Recently, she dropped some breathtaking pictures in a polka-dotted bikini. Let's take a look at some of her sizzling hot pictures. 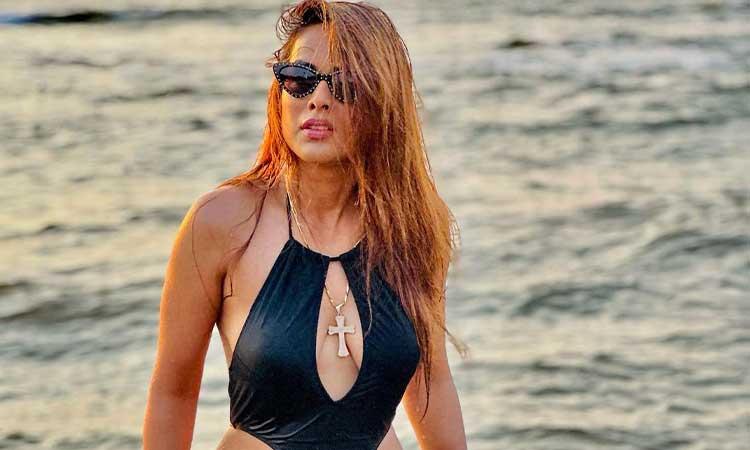 Nia Sharma raises hotness quotient in black monokini
Newsmen Photo Desk - Tuesday , 10 January 2023 | 05 : 29 PM
Not just serials, the actress also worked in web series and was featured in numerous music videos. Vacations are very important for actors as they have very busy and hectic schedule. Nia Sharma is presently enjoying her vacation in Goa. However, she is still connected with her fans, that's why she shared her vacation pictures on social media. The diva looks classy and breathtaking in these pictures. 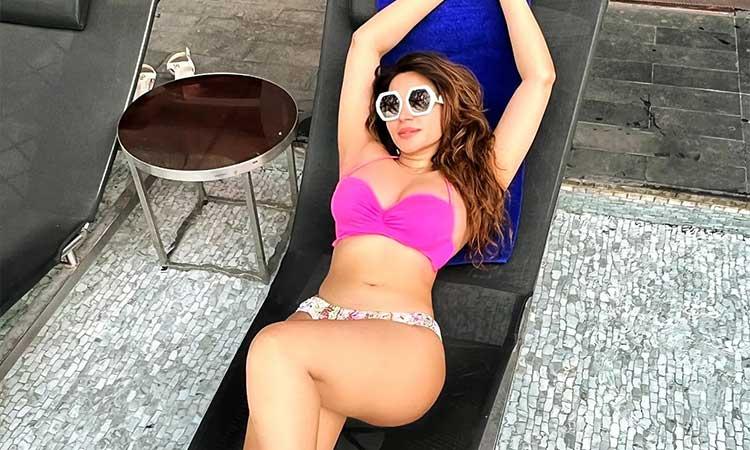 Shama Sikander's floors her fans in pink bikini
Newsmen Photo Desk - Tuesday , 10 January 2023 | 10 : 59 AM
She is known for her brilliant performance in the serials like 'Yeh Meri Life Hai', 'CID', and many others. From TV serials to movies, the diva stuns everyone. Looking at her social media, she also produced glamour there and stuns her fans with her sizzling hot pictures. Recently, she raises many eyebrows with her breathtaking pictures in a pink bikini.
Advertisement 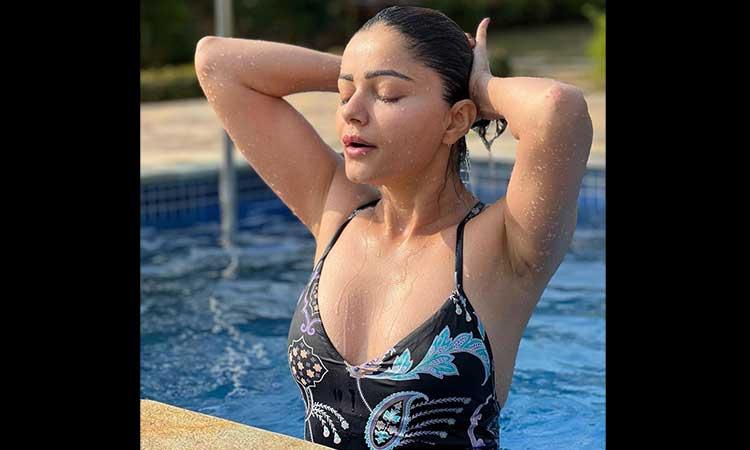 Rubina Dilaik raises mercury in black monokini
Newsmen Photo Desk - Saturday , 07 January 2023 | 04 : 41 PM
From TV serials to reality shows, the diva stuns fans everywhere. Looking at her social media, Rubina Dilaik is one of the most fashionable actresses, she is always ready to grab attention with her stunning pictures. Recently, she raised many eyebrows with the sizzling hot pictures in a monokini. 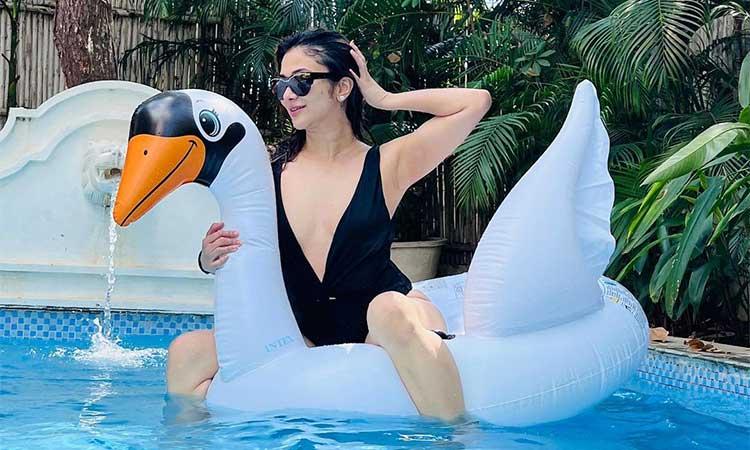 Ridhima Pandit oozes oomph in black monokini at Goa
Newsmen Photo Desk - Friday , 06 January 2023 | 05 : 57 PM
The actress looks adorable in the TV serials, however, social media is different. Almost every actress produces glamour on the internet. Recently, Ridhima Pandit dropped her bunch of drool-worthy pictures chilling in the pool in a black monokini. Let's take a look at some of her breathtaking pictures. 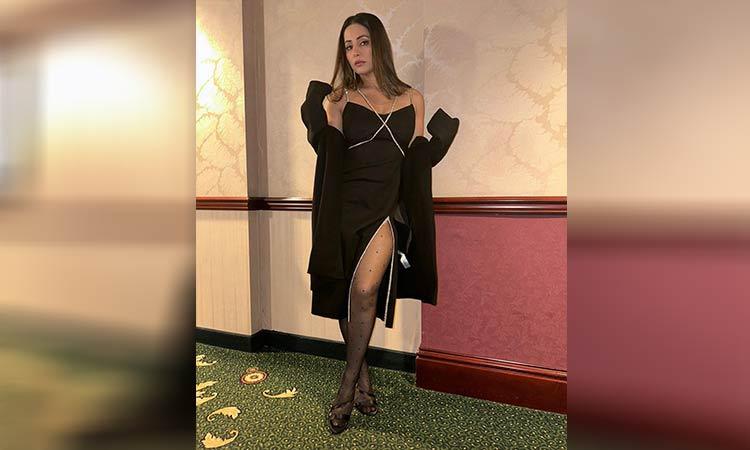 Hina Khan sizzles in black thigh-high slit mini bodycon
Newsmen Photo Desk - Thursday , 05 January 2023 | 05 : 43 PM
Hina Khan is one of the most beautiful actresses in the Indian television industry. Her  fashion choices and acting performance made her successful in the entertainment industry. Her fans eagerly await the new pictures of the actress.. The actress always carries all the attire with confidence. On the new year eve, Hina Khan  set the Internet on fire with her latest looks. She made the day for her fans by sharing her latest pics on  her social media. She shared a slew of pics on her Instagram handle in which she wore a sexy thigh- thigh black outfit. The actress gives the new year celebration vibes with her new post. Let's  take a look at HIna's awesome pics in the new outfit.
Advertisement