World Team TT Finals: Indian men to start against Uzbekistan; women take on Germany
IANS - Friday , 30 September 2022 | 09 : 28 AM
The team coached by national coach S Raman and missing veteran player and 2022 Commonwealth Games double gold medallist Achanta Sharath Kamal, will be hoping to make it to the knockout stage from the five-team group. The 32 teams in the fray have been divided into seven groups with Groups 5, 6 and 7 having four teams each while Groups 1 to 4 have five each. 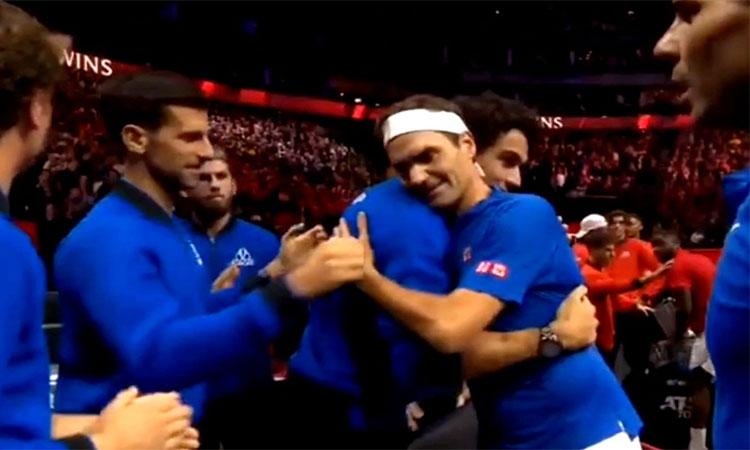 Tennis stars give emotional farewell to Roger Federer
IANS - Saturday , 24 September 2022 | 03 : 29 PM
The 41-year-old Swiss great, the winner of 20 Grand Slam singles titles, teamed up with his long-time friend and rival, Nadal in his last contest, losing a doubles match to the American duo of Jack Sock and Frances Tiafoe of the United States 4-6, 7-6(2), 11-9. 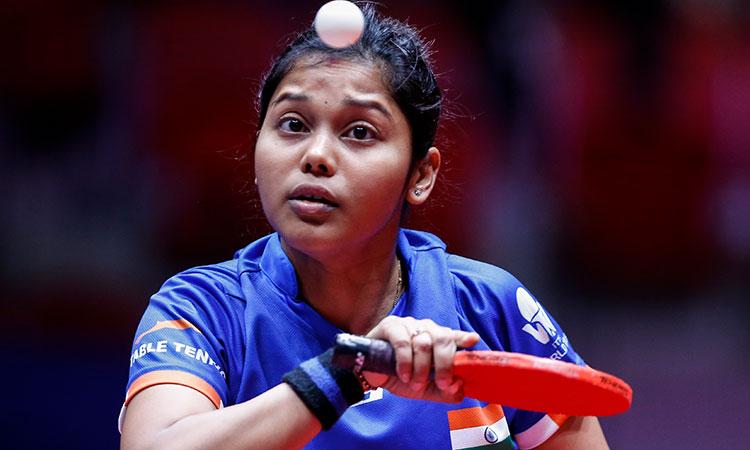 National Games: At 38, paddler Mouma Das still packs a punch
IANS - Thursday , 22 September 2022 | 05 : 41 PM
But even if the five-time national champion is only playing table tennis for enjoyment, she can teach youngsters a few lessons in how to win matches. Mouma did just that when she saved two match points before defeating 19-year-old Diya Chitale of Maharashtra in five sets to set up West Bengal's victory in the table tennis women's team final at the 36th National Games here on Wednesday. 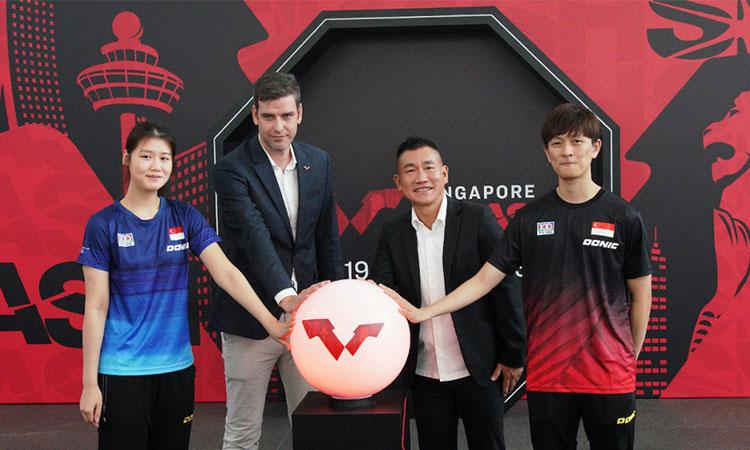 Table Tennis: WTT Singapore Smash to return next March
IANS - Wednesday , 14 September 2022 | 10 : 20 AM
China's Fan Zhendong and Chen Meng were crowned the first Grand Smash champions in Singapore in March. According to the WTT, the inaugural event was broadcast in 196 countries and regions, reaching a cumulative audience of more than 160 million. The WTT confirmed that the mixed doubles draw will increase from 16 pairs to 24 pairs for the 2023 event, and the number of seeds in the singles competitions will increase from 8 to 16 players, reports Xinhua.
Advertisement 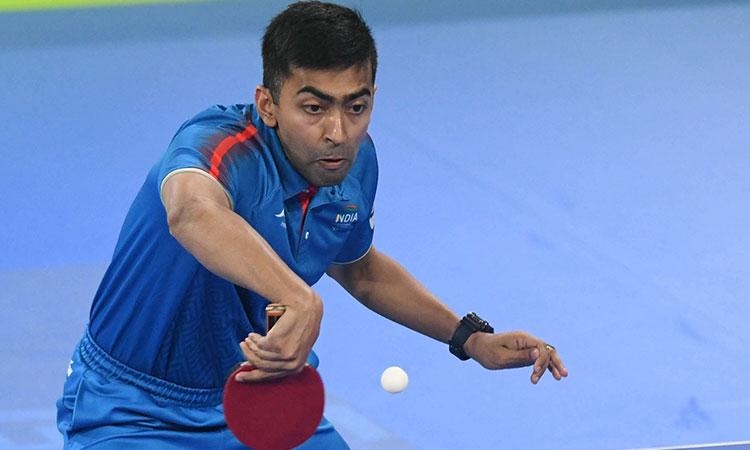 National Games: Harmeet Desai-led Gujarat aim for record medal haul in table tennis on home turf
IANS - Monday , 12 September 2022 | 10 : 08 PM
Table tennis competition would be held from September 20-24 at the Pandit Deendayal Upadhyay Indoor Stadium in Surat and the fans would be hoping that local boy Desai would come to the party just like the last edition of the Games in Kerala. However, Gujarat would be gunning for team gold this time with former world No. 1 in U-18 and U-21 categories, Manav Thakkar and the up-and-coming Manush Shah lending support to the captain. 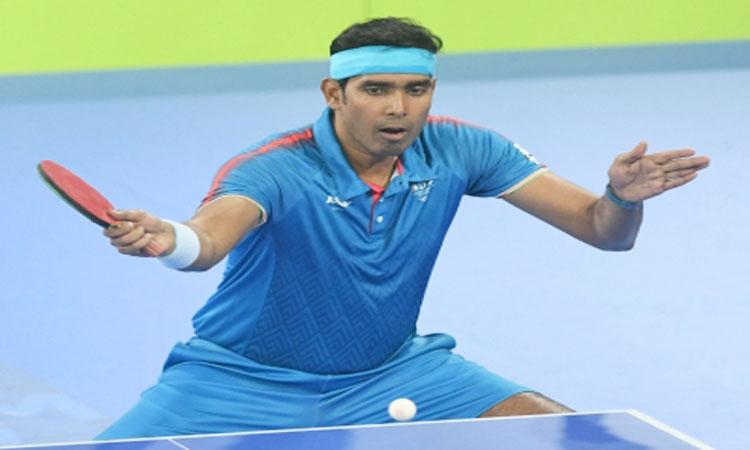 Achanta Sharath Kamal wins gold, Sathiyan clinches bronze in men's singles table tennis
IANS - Monday , 08 August 2022 | 09 : 39 PM
Sharath defeated England's Liam Pitchford 11-13, 11-7, 11-2, 11-6, 11-8 to win his second men's singles gold medal in the Commonwealth Games, 16 years after he won in the event in Melbourne 2006 edition. Earlier in the 2022 Commonwealth Games, Sharath won a gold medal in the men's team event, and followed it up with a silver in men's doubles and another gold in mixed doubles. 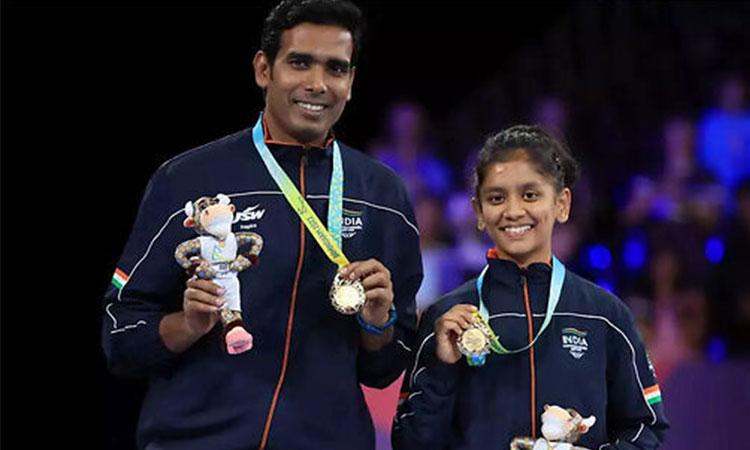 CWG 2022, table tennis: India's Sharath Kamal-Sreeja Akula win mnixed doubles gold
IANS - Monday , 08 August 2022 | 10 : 21 AM
The India duo of Sharath and Sreeja, with a solid combination of experience and youth, beat Javen Choong and Karen Lyne of Malaysia 11-4, 9-11, 11-5, 11-6 to win the elusive gold medal. This was India's 18th gold in Birmingham and fifth of the day after medals in boxing and athletics. This was also Sharath Kamal's third medal at the CWG 2022 after a gold in men's team event and silver in men's doubles alongside Sathiyan Gnanasekaran.
Advertisement