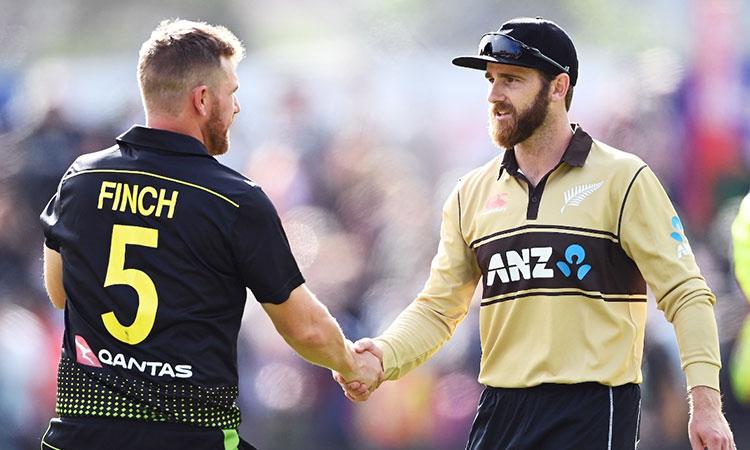 Kiwis were timid, they just missed an opportunity: Brendon McCullum
IANS - Tuesday , 16 November 2021 | 03 : 35 PM
McCullum, who is also the coach of Indian Premier League (IPL) side Kolkata Knight Riders, said on Tuesday that the Black Caps "didn't fire any bullets" in the summit clash, which was a great opportunity for the team to bring home a second ICC trophy this year after the Kiwis won the World Test Championship defeating India in England. 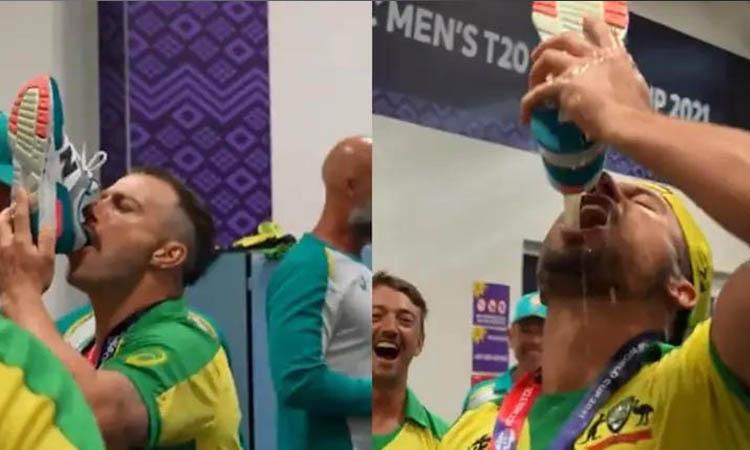 Matthew Wade, Marcus Stoinis do 'shoey' celebration after Australia's maiden T20 World Cup title
Newsmen Sports Desk - Monday , 15 November 2021 | 11 : 13 PM
The 'shoey' celebration has been made famous by Australian Formula One star Daniel Ricciardo by drinking the celebratory champagne from his shoe in 2016 at the German Grand Prix. From there, it has now become a sort of tradition for the current McLaren driver and even the great Lewis Hamilton has given it a shot. 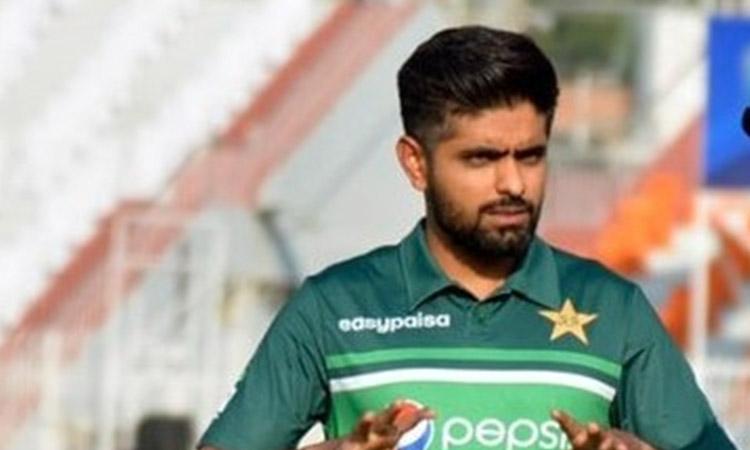 No Indian in ICC's team for T20 World Cup, Pakistan's Babar Azam named captain
Newsmen Sports Desk - Monday , 15 November 2021 | 08 : 12 PM
India's much-trumpeted batters and bowlers flopped in back-to-back crucial matches against Pakistan and New Zealand. The Indian cricketers had great outings in the last three clashes against Afghanistan, Scotland, and Namibia but it wasn't enough to help them feature in the ICC's team of the tournament. 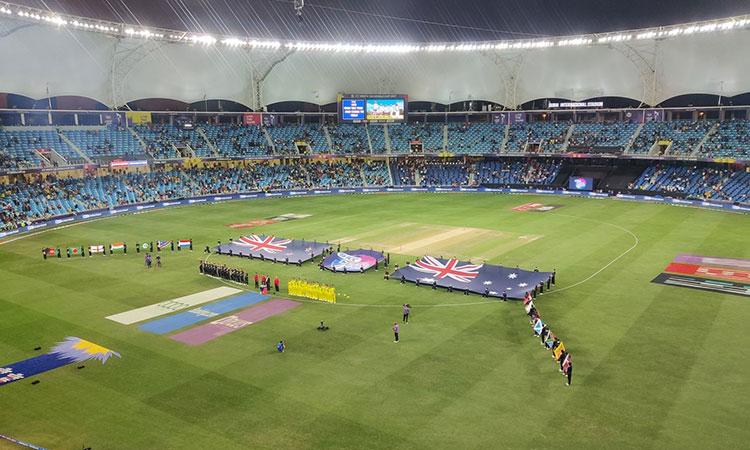 T20 World Cup: Small crowd for final raises eyebrows, gets netizens talking
IANS - Monday , 15 November 2021 | 10 : 18 AM
Generally, for a tournament finale, especially of an ICC event, there is always a shortage of match tickets but the final between New Zealand and Australia is a shocking affair in this regard. The empty patches everywhere in the stands should be a cause of concern for the International Cricket Council (ICC), Board of Control for Cricket in India (BCCI), and Emirates Cricket Board (ECB).
Advertisement 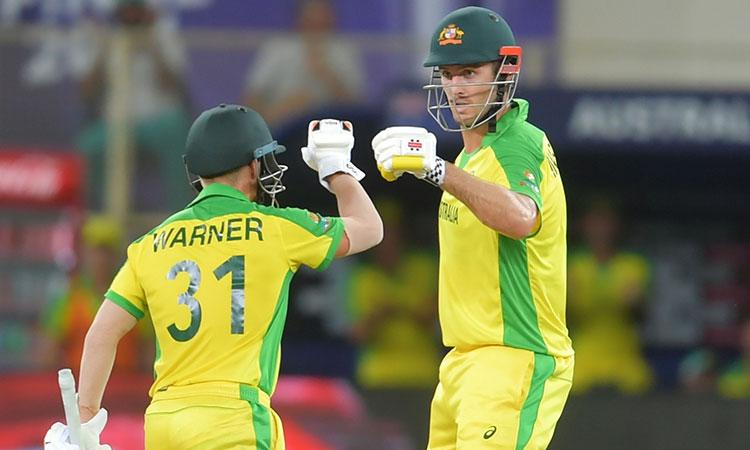 T20 World Cup: Marsh, Warner and Hazlewood power Australia to first Men's T20 silverware
IANS - Monday , 15 November 2021 | 08 : 55 AM
This is Australia's first silverware in a format that eluded them for a long time, thereby completing their cabinet of white-ball ICC trophies. Hazlewood was the standout bowler as New Zealand made 172/4 in their 20 overs, thanks to Kane Williamson's whirlwind 85 off 48 balls. Marsh and Warner put up a brilliant partnership of 92 runs after losing Aaron Finch early. After Warner fell, Marsh joined forces with Glenn Maxwell (28 not out off 18 balls) to take Australia home. 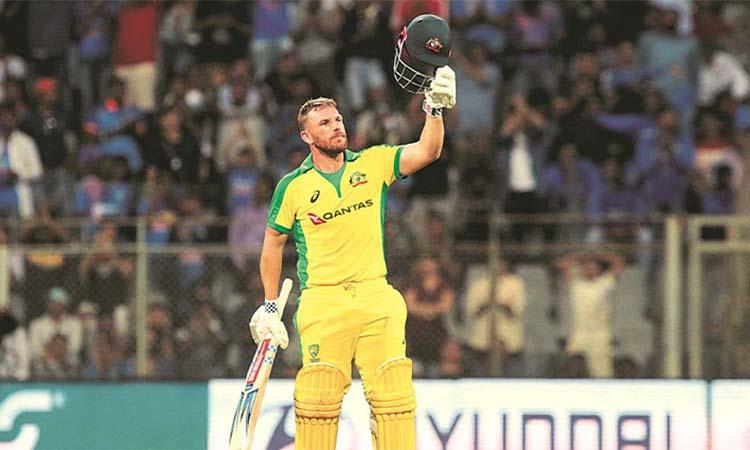 Everyone had written us off; we are here to rectify that: Finch A
IANS - Sunday , 14 November 2021 | 01 : 52 PM
The closest Australia came to winning the T20 World Cup was during the 2010 edition held in the West Indies, where they lost to England by seven wickets. "It's one that's eluded us in the past, and the fact that we are here in the final gives us the best opportunity to rectify that. Yeah, I think it will be a great game against New Zealand. They are a great side and they have been in all the finals over the last six years. Looking forward to it," said Finch ahead of the title clash. 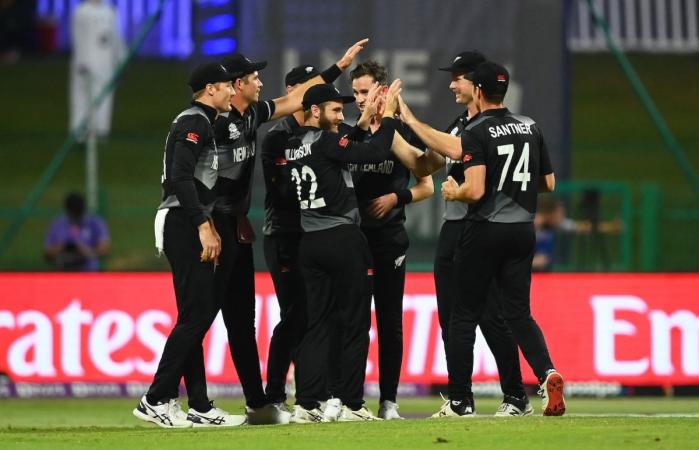 T20 World Cup: It would be some achievement, says Williamson on winning two ICC titles in a year
IANS - Saturday , 13 November 2021 | 11 : 23 PM
"It would be some achievement. But where it stands at the moment is there's a game of cricket to play. For us, it's focusing on that and focusing on our cricket and looking to go out there and implement those things that are important to us. So that is very much where we are at the moment. But these sorts of events are always in focus I suppose on the calendar and there's a really exciting opportunity to be here now.
Advertisement