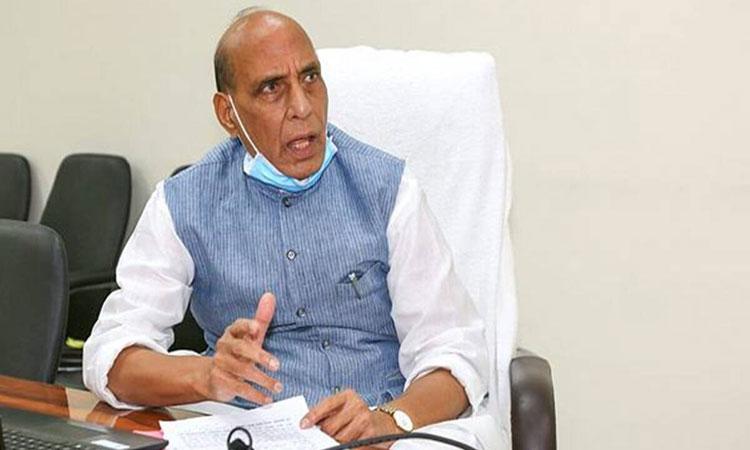 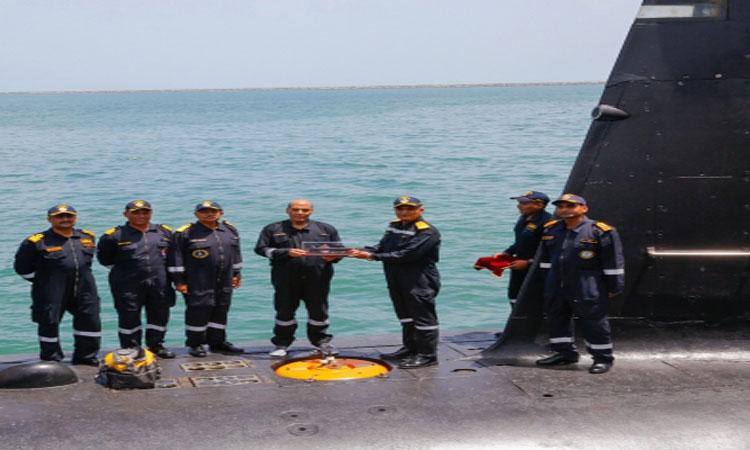 'INS Khanderi' shining example of 'Make in India' capabilities: Rajnath
IANS - Friday , 27 May 2022 | 11 : 18 PM
During the course of a sea sortie on 'INS Khanderi', the union Defence Minister witnessed a wide range of operational drills with the submarine demonstrating the advanced sensor suite, combat system and weapon capability which provides it a distinct advantage in the subsurface domain. 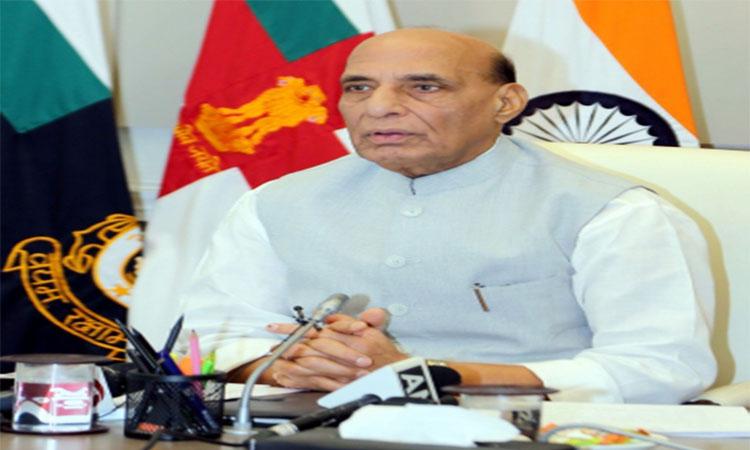 Rajnath pitches for self-reliance in defence sector
IANS - Friday , 06 May 2022 | 09 : 22 AM
Singh, while addressing the 37th Air Chief Marshal P.C. Lal Memorial Lecture in New Delhi on Thursday, described self-reliance as essential for not only building the domestic capacity, but also for safeguarding the sovereignty of the country. 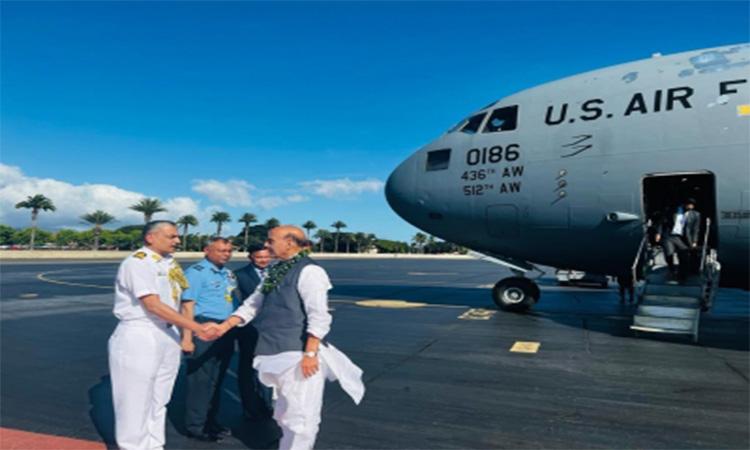 Rajnath visits US Indo-Pacific Command headquarters in Hawaii
IANS - Wednesday , 13 April 2022 | 02 : 31 PM
On his arrival from Washington DC, Singh was received by Commander, US INDOPACOM Admiral John Aquilino. The USINDOPACOM and Indian military have wide-ranging engagements, including a number of military exercises, training events and exchanges. Singh was visiting the USINDOPACOM headquarters, Pacific Fleet and the training facilities in Hawaii, before returning to India. He was also expected to lay a wreath at National Memorial Cemetery of the Pacific and visit the Headquarters of the US Army Pacific and Pacific Air Forces, during his brief stay in Hawaii.
Advertisement 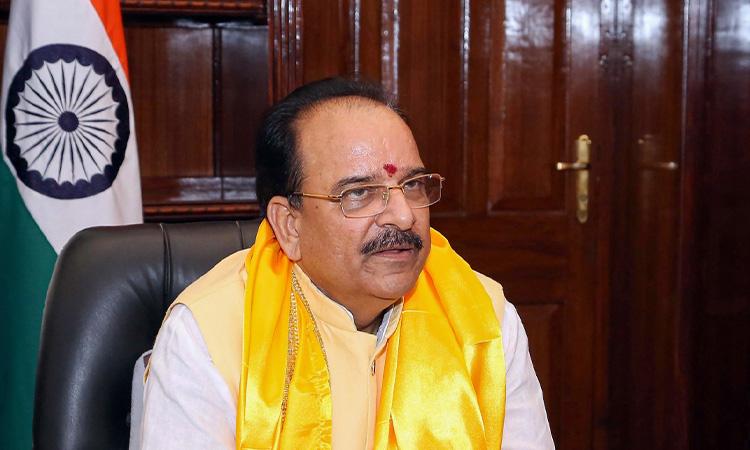 After Rajnath, MoS Defence Ajay Bhatt also tests Covid positive
IANS - Tuesday , 11 January 2022 | 09 : 31 AM
In a tweet in the evening, Bhatt said: "I have tested positive for Covid with mild symptoms. Have isolated myself at home. Those who came in touch with me in the last few days, kindly isolate and get tested." 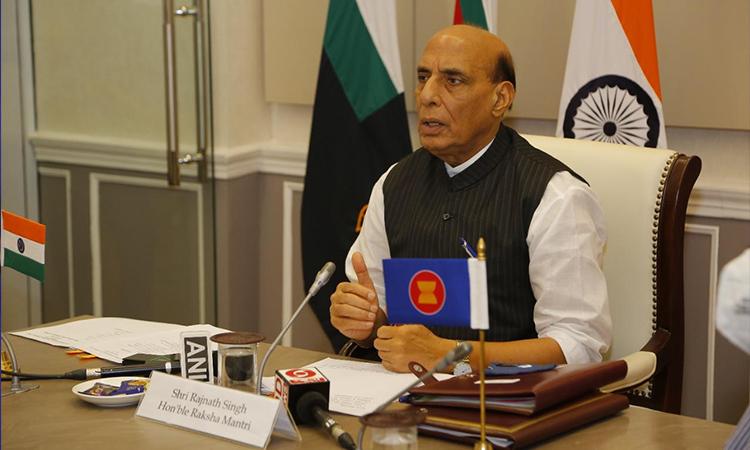 Air Force gives presentation to Defence Minister on CDS chopper crash inquiry report
IANS - Wednesday , 05 January 2022 | 10 : 15 PM
The tragic incident happened on December 8, 2021, when a military helicopter crashed near Nilgiri hills in Tamil Nadu, costing 14 lives including Chief of Defence Staff Gen Bipin Rawat, his wife and other military personnel. Air Chief Marshal Chaudhary went to the official residence of the Defence Minister and made the presentation. A tri-service inquiry was ordered after the crash to probe the reasons of this accident. 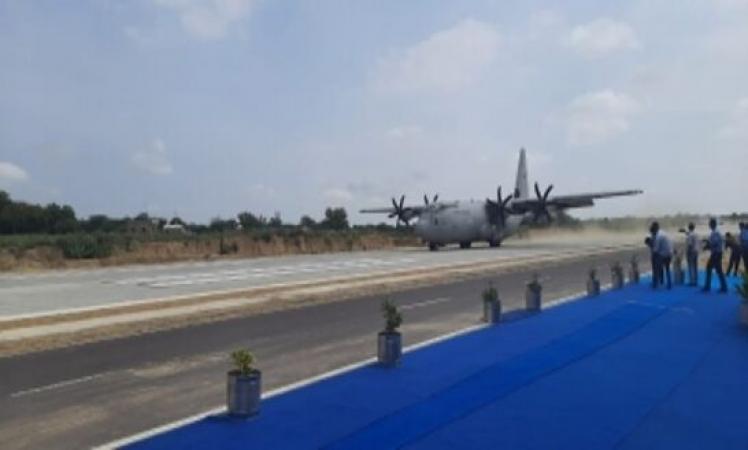 Rajnath, Gadkari inaugurate Emergency Landing Field in Rajasthan
IANS - Friday , 10 September 2021 | 07 : 54 AM
The emergency landing strip at Gandhav Bhakasar Section of NH-925, south of Barmer in Rajasthan, is the first time that the National Highway will be used for emergency landing of IAF aircraft. The NHAI had developed an Emergency Landing Facility (ELF) for the Indian Air Force, which is a part of the newly developed two-lane paved shoulder of Gagariya-Bakhasar and Satta-Gandhav Section having a total length of 196.97 Km costing Rs 765.52 crore under the Bharatmala Pariyojana. 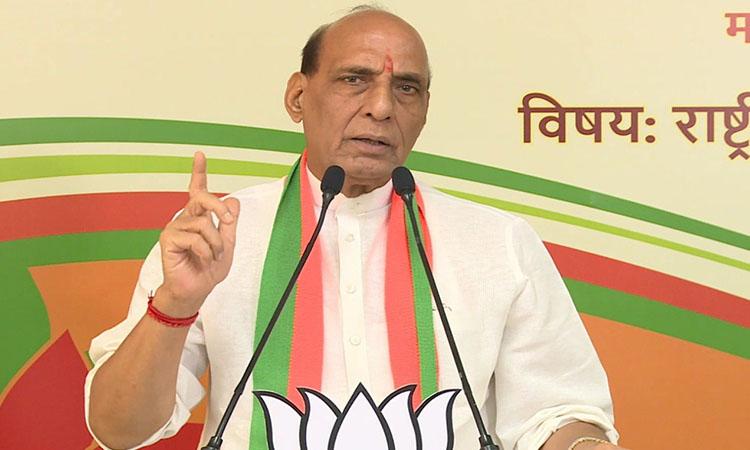