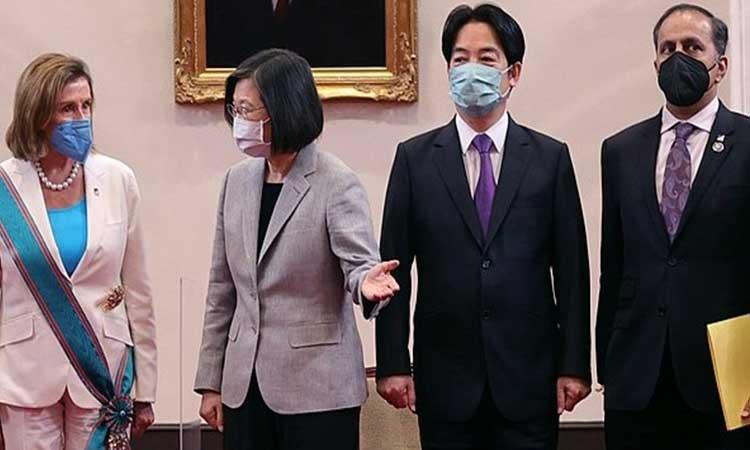 Indian-American Congressman Krishnamoorthi visits Taiwan with Speaker Pelosi
IANS - Thursday , 04 August 2022 | 11 : 26 AM
Krishnamoorthi, a Democrat who is a member of the House Permanent Select Committee on Intelligence, met Taiwan's President Tsai Ing-Wen along with Pelosi and other members of the Congressional delegation on Wednesday in Taipei. 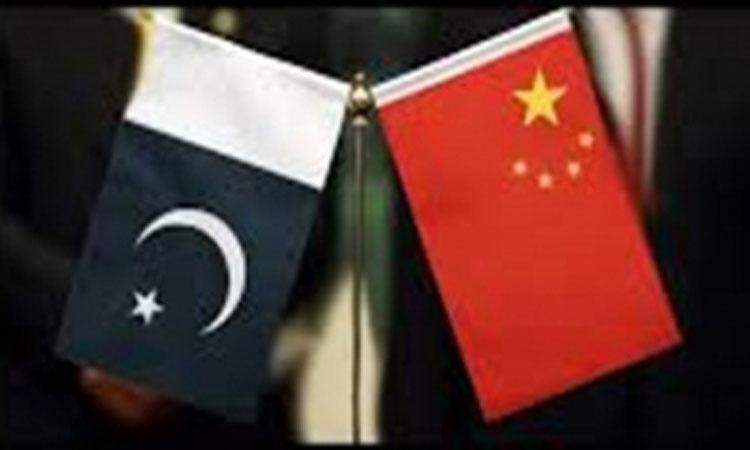 Pakistan sides with China in row with US over Pelosi's visit
IANS - Wednesday , 03 August 2022 | 10 : 50 PM
In a statement, Pakistan Foreign Office spokesperson Asim Iftikhar expressed firm support to China's sovereignty and territorial integrity, The News reported. "Pakistan is deeply concerned over the evolving situation in the Taiwan Strait, which has serious implications for regional peace and stability," he said. 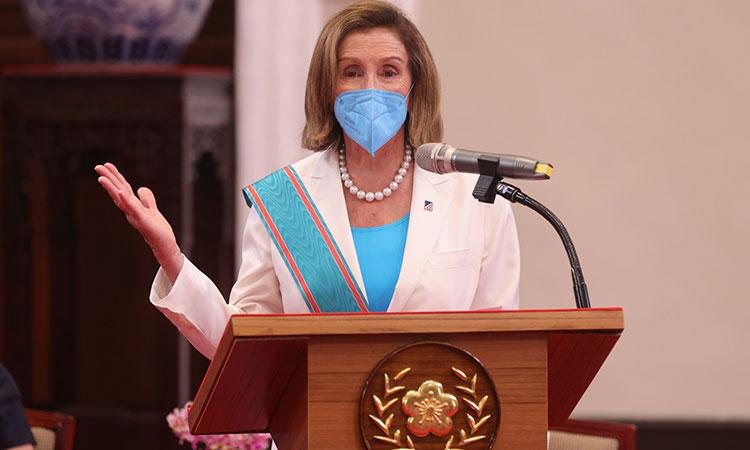 Pelosi flies from Taiwan to South Korea after meeting activists
IANS - Wednesday , 03 August 2022 | 05 : 39 PM
Pelosi also met former Hong Kong bookseller Lam Wing-kee and social activist Lee Ming-chee, both of whom had been imprisoned in China, at the Jingmei Human Rights and Culture Park south of Taipei. Lee had just returned to Taiwan from China after serving a five-year sentence for "subverting state power." 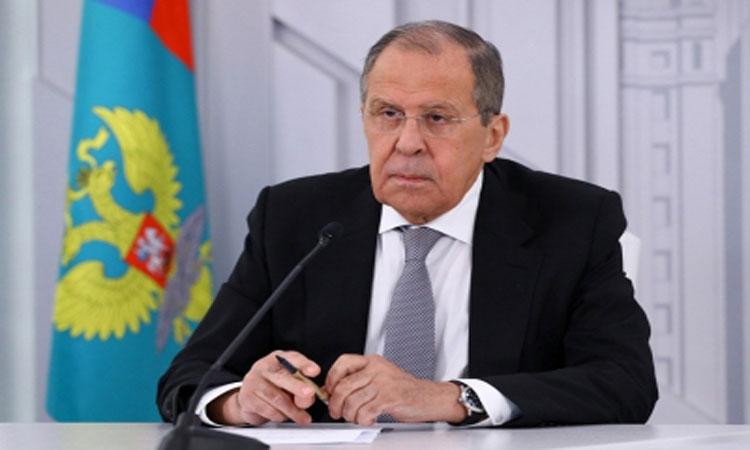 Lavrov criticises Pelosi's trip to Taiwan
IANS - Wednesday , 03 August 2022 | 03 : 58 PM
This shows Washington's desire to demonstrate US lawlessness to everyone, along the lines of "I do what I want," he said on Wednesday during a visit to Myanmar, according to the Russian state news agency TASS. Such a nuisance had been created out of thin air, knowing full well what it would mean for China, dpa news agency reported quoting Lavrov as saying.
Advertisement 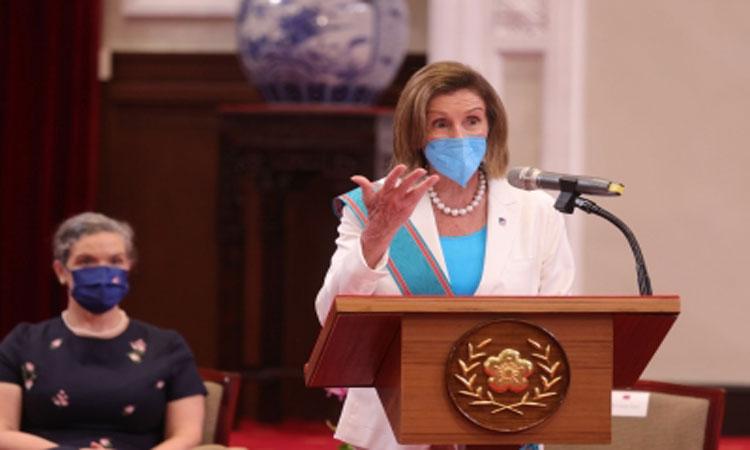 US Speaker Pelosi assures Taiwan of Washington's support
IANS - Wednesday , 03 August 2022 | 03 : 47 PM
"Today, our delegation... came to Taiwan to make unequivocally clear: we will not abandon our commitment to Taiwan, and we're proud of our enduring friendship," Pelosi said at a joint press conference with Taiwan's President Tsai Ing-wen. "Today, the world faces a choice between democracy and autocracy," Pelosi said, as she praised Taiwan as "one of the freest [democracies] in the world, proudly to be led by a woman president." 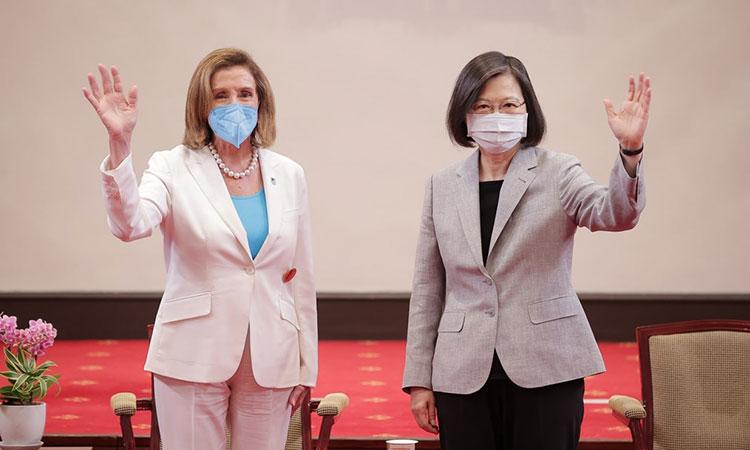 Questions raised whether Pelosi's risky Taiwan trip is worth the consequences
IANS - Wednesday , 03 August 2022 | 02 : 01 PM
So if Pelosi's visit � a personal rebuke to Chinese President Xi Jinping, who has made the takeover of Taiwan an existential quest � permanently worsens already poor US-China relations and brings forward what some see as an inevitable superpower confrontation, it might turn out to be a massive miscalculation, CNN reported. 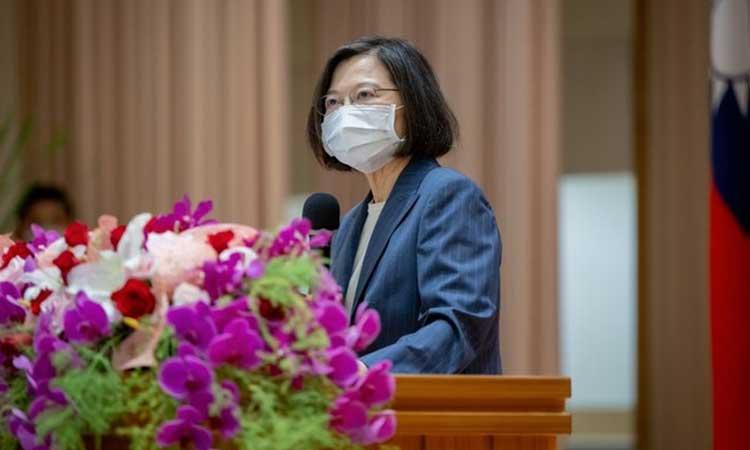 China drills amount to air and sea blockade, says Taiwan
IANS - Wednesday , 03 August 2022 | 01 : 50 PM
Such drills "have invaded Taiwan's territorial space" and "amount to a blockade of Taiwan's air and sea space", the military said, BBC reported. Taiwan's President Tsai Ing-wen has also criticised the drills, saying they are an unnecessary reaction and Taiwan was committed to maintaining the status quo across the Taiwan Strait. 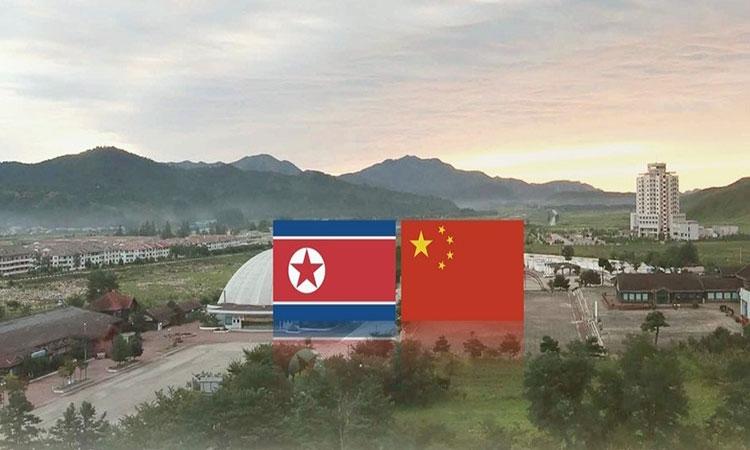 North Korea slams Pelosi's Taiwan visit, backs China's position
IANS - Wednesday , 03 August 2022 | 09 : 19 AM
The speaker of the US House of Representatives Nancy Pelosi arrived in Taiwan on Tuesday night despite fierce protests from China, becoming the highest-level official to make a formal trip there in decades. In a statement, she said her move "honours America's unwavering commitment to supporting Taiwan's vibrant democracy".
Advertisement 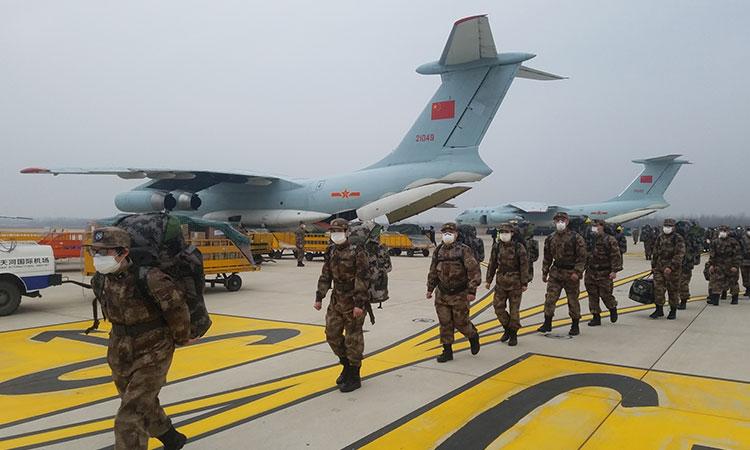 China to begin military drills around Taiwan as Pelosi visits
IANS - Wednesday , 03 August 2022 | 09 : 03 AM
An announcement from the People's Liberation Army Eastern Theater Command said beginning Tuesday night a series of exercises would be held on the sea and in the air surrounding Taiwan, the self-governed island that China says is its sovereign territory, CNN reported. The Eastern Theater is one of the five joint commands of the People's Liberation Army (PLA) with jurisdiction over China's eastern coastal provinces of Fujian and Zhejiang, which sit opposite and above Taiwan. 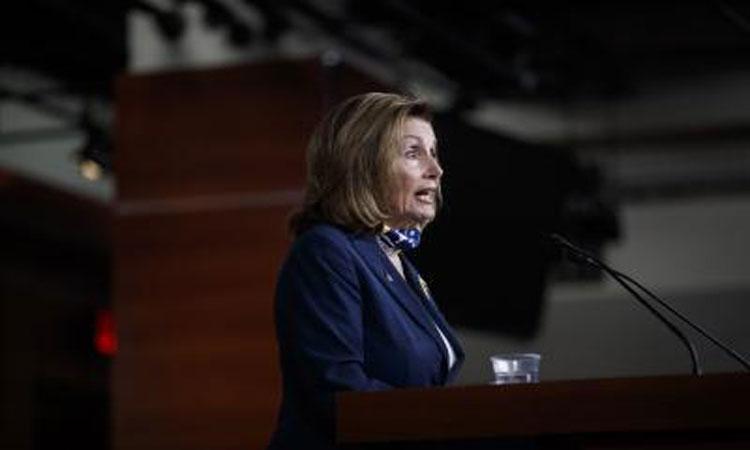 China labels Nancy Pelosi's Taiwan trip as 'extremely dangerous'
IANS - Tuesday , 02 August 2022 | 11 : 53 PM
China accused Pelosi, the most senior US politician in 25 years to visit the island nation, which China claims as its own, of "playing with fire", the BBC reported "Those who play with fire will perish by it," Beijing warned in a statement, the report said. Pelosi said her visit "honours America's unwavering commitment to supporting Taiwan's vibrant democracy" and it did not contradict US policy.
Advertisement