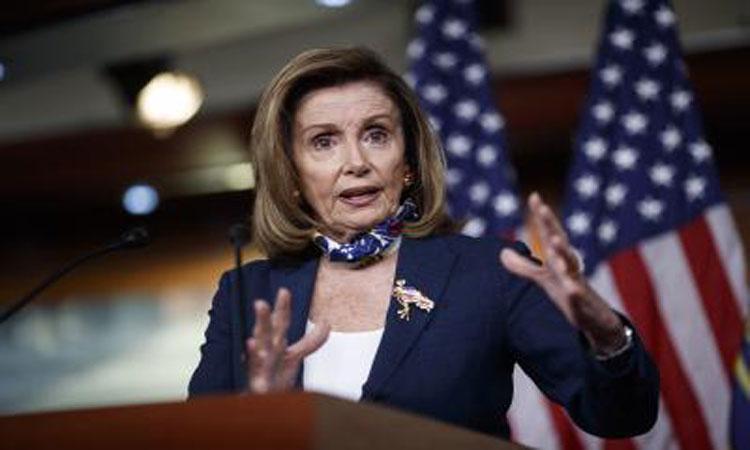 Defying Beijing's warnings, US House Speaker Pelosi arrives in Taiwan
IANS - Tuesday , 02 August 2022 | 09 : 33 PM
Pelosi's US Air Force-operated Boeing C-40C landed at Taipei's Songshan Airport on Tuesday, marking the start of the third -- and the most controversial -- leg of her five-country Asia tour, dpa news agency reported. Pelosi and her delegation of Democratic party lawmakers were met by Taiwan Foreign Minister Joseph Wu and Sandra Oudkirk, the director of the American Institute in Taiwan, which serves as Washington's de facto embassy. 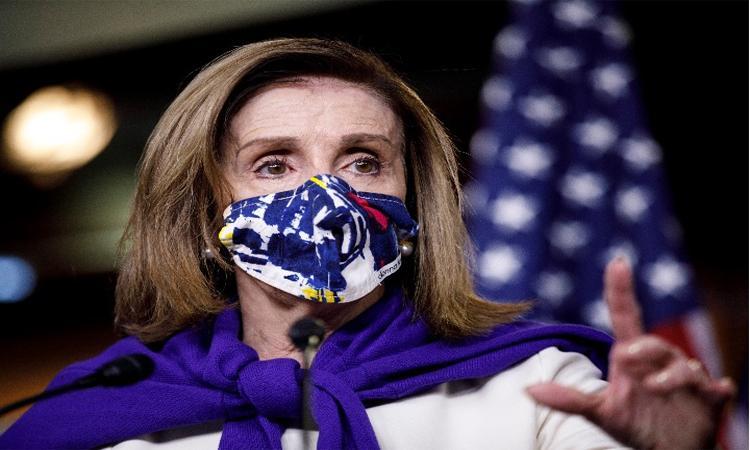 China asks Pelosi to cancel Taiwan visit after she gets Covid
IANS - Saturday , 09 April 2022 | 11 : 38 AM
Pelosi postponed a trip to Asia that included Taiwan, which China calls a breakaway province, planned for later this week. The savvy US politician was diagnosed with asymptomatic Covid-19. Chinese Foreign Ministry spokesperson Zhao Lijian wished her a quick recovery but said that Pelosi should "not postpone a visit, but cancel it immediately".

US House Speaker Pelosi announces reelection bid in 2022 midterms
IANS - Wednesday , 26 January 2022 | 08 : 42 AM
"While we've made progress, much more needs to be done to improve people's lives. Our democracy is at risk because the assault on the truth, assault on the US Capitol and the state-by-state assault on voting rights. This election is crucial. Nothing less is at stake than our democracy," Pelosi said on Tuesday in an announcement video posted on Twitter.

Filibuster showdown in US Senate looms large as House passes voting rights package
IANS - Friday , 14 January 2022 | 11 : 06 AM
The House's 220-203 party-line vote to pass the package came on Thursday, one day after Senate Majority Leader Chuck Schumer, Democrat of New York, announced a new tactic aimed at passing sweeping voting rights legislation in the Senate, where 50 Republicans are uniform in their opposition to legislation proposed by the Democrats.
Advertisement 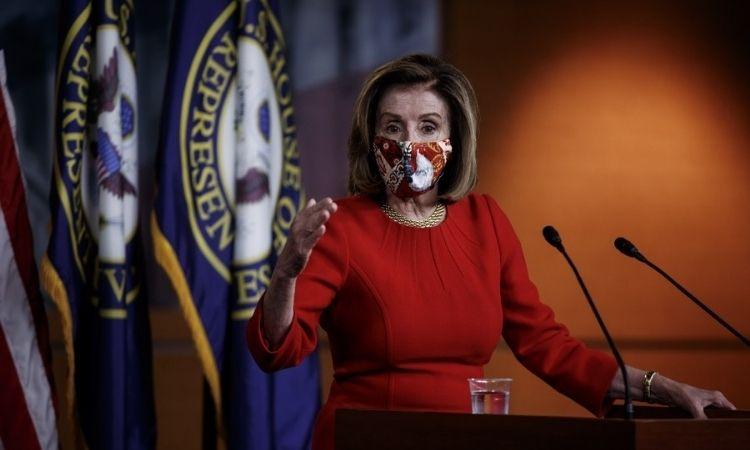 Nancy Pelosi delays infrastructure bill vote amid party divisions
IANS - Friday , 29 October 2021 | 05 : 01 PM
"As you know by now, the House will postpone the vote on the BIF (Bipartisan Infrastructure Framework)," Pelosi said on Thursday night in a letter to House Democrats. "The good news is that most Members who were not prepared for a yes vote today have expressed their commitment to support the BIF," she said. 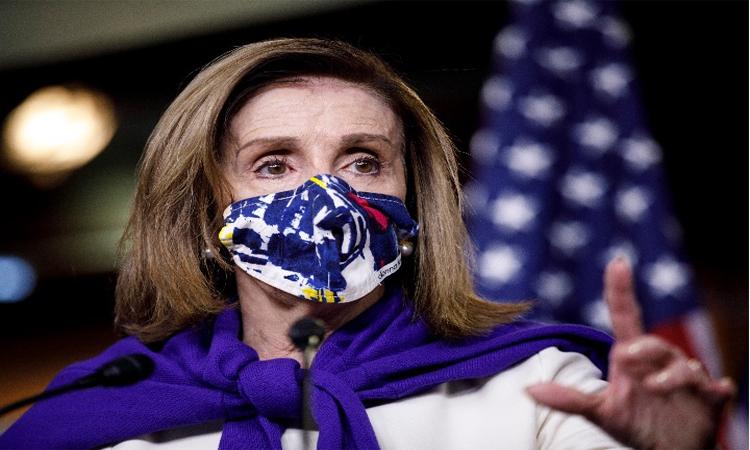 Nancy Pelosi picks Liz Cheney for Capitol riots probe committee
IANS - Friday , 02 July 2021 | 02 : 23 PM
"We are very honoured and proud she has agreed to serve on the committee, those who are responsible for the attack need to be held accountable and this select committee will fulfil that responsibility in a professional, expeditious, and non-partisan manner," said Cheney at a news conference on Thursday. 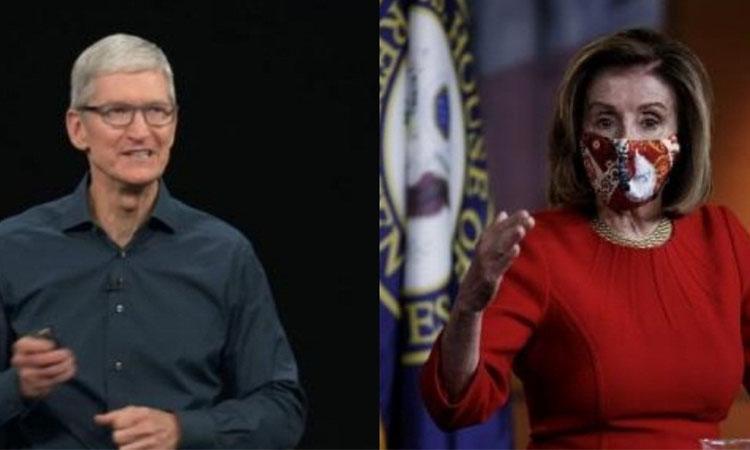 Nancy Pelosi tells Tim Cook to let antitrust bills play out: Report
IANS - Friday , 25 June 2021 | 11 : 21 AM
On Thursday, the House Speaker detailed her conversation with Cook but maintained her stance that American privacy and data are at the ends of giant technology companies. "If you have substantive concerns -- and they have members who have voted with them on this -- they can put forth what they want to put forth," said House Speaker Pelosi.
Advertisement