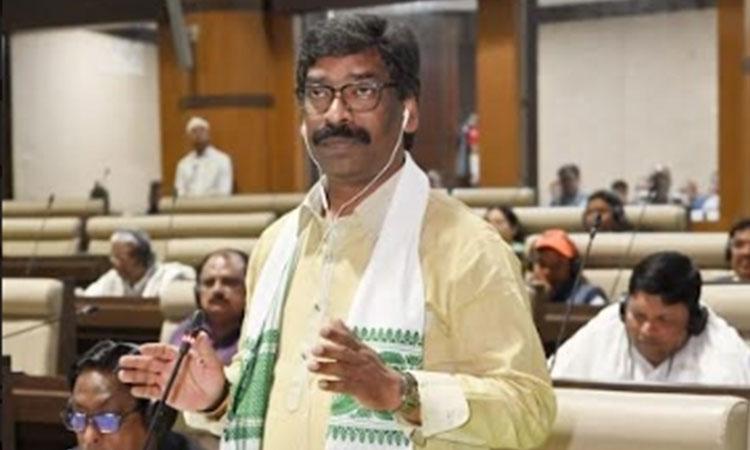 Jharkhand govt passes 2 bills; reservation in jobs for OBCs now 27%
IANS - Friday , 11 November 2022 | 10 : 22 PM
Both these bills will take the form of law if the Centre includes them in the Schedule. It is also to be noted that the laws included in the Ninth Schedule cannot be challenged in the court. Chief Minister Hemant Soren while describing the bills as historic, added that the previous government reduced the OBC reservation in the state. 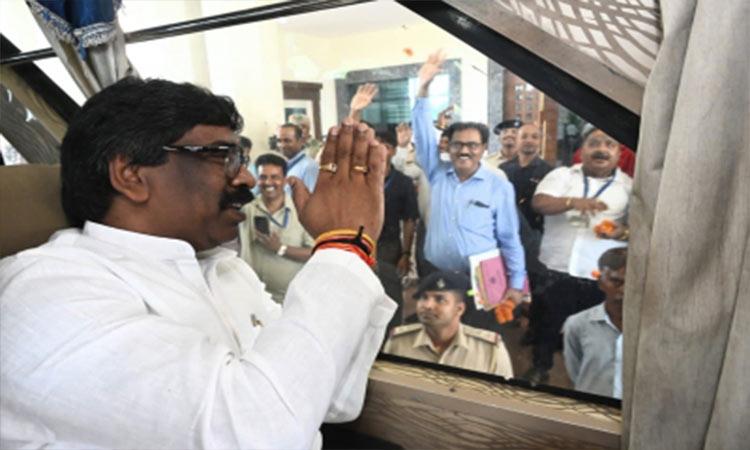 ED summons Hemant Soren on Nov 17 in illegal mining case
IANS - Thursday , 10 November 2022 | 09 : 33 AM
Soren had earlier skipped the questioning and sought three weeks time from the ED. Agency sources claimed that they have sent him a fresh summons to join the probe. Soren had written a letter to the probe agency seeking three weeks time. He said that he had programmes to attend and hence he needed three weeks time. 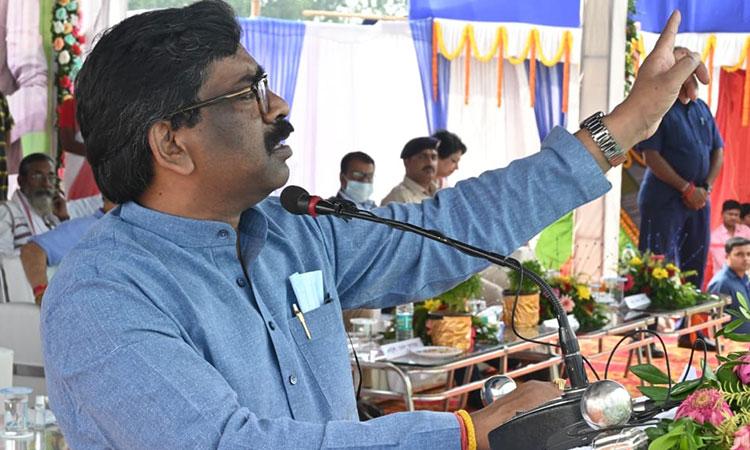 SC order temporary respite for Hemant Soren, likely to be summoned again by ED
IANS - Tuesday , 08 November 2022 | 10 : 52 PM
The ED had had called Soren for questioning on November 3, but the latter had sought three weeks' time citing his unavailability. He is likely to be summoned for the second time after November 15, sources said. The ED can move the court for further action if Hemant Soren doesn't appear for questioning even after repeated summons. 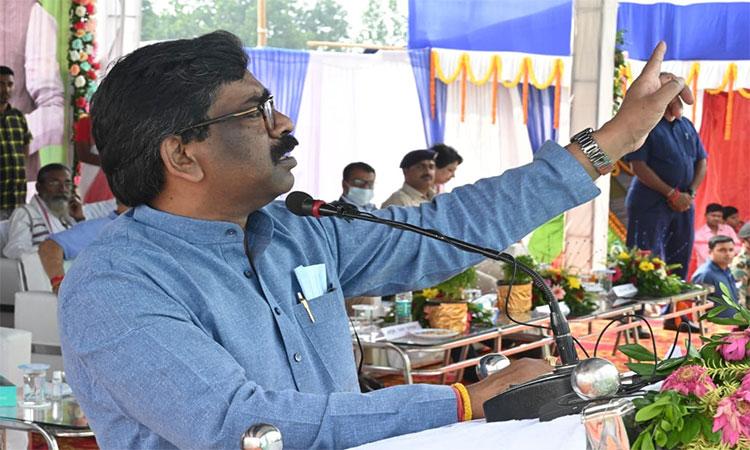 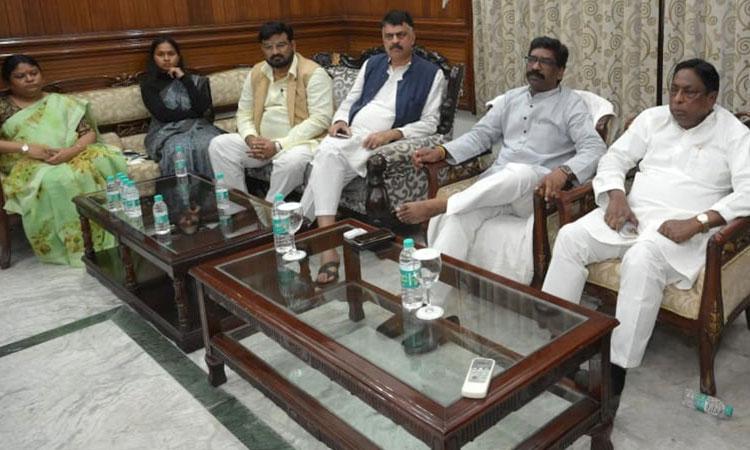 ED's summon to Hemant Soren heats up Jharkhand politics
IANS - Wednesday , 02 November 2022 | 11 : 12 PM
"Hemant Soren has been called to join the investigation for Thursday. He will have to appear at our Ranchi office by 11 a.m. tomorrow," an ED source said. In this case, the ED has raided more than 30 places since May. The Jharkhand Mukti Morcha (JMM) has reacted strongly to the summons, calling it a conspiracy to destabilise the democratically elected government. 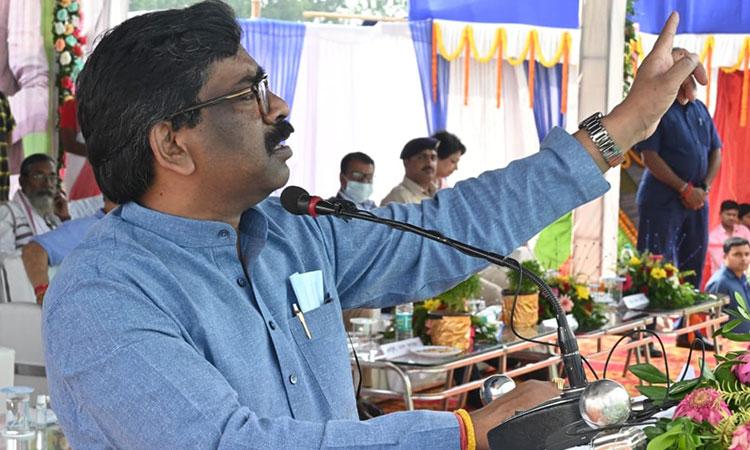 ED summons Jharkhand CM Hemant Soren in illegal mining case
IANS - Wednesday , 02 November 2022 | 04 : 49 PM
"Hemant Soren has been called to join the investigation for Thursday. He will have to appear at our Ranchi office by 11 a.m. tomorrow," the source said.The ED had recently filed a charge sheet before a Special Ranchi court against Pankaj Mishra, a close aide of Soren, and Bachhu Yadav and Prem Prakash who are also said to be close to the Jharkhand CM. 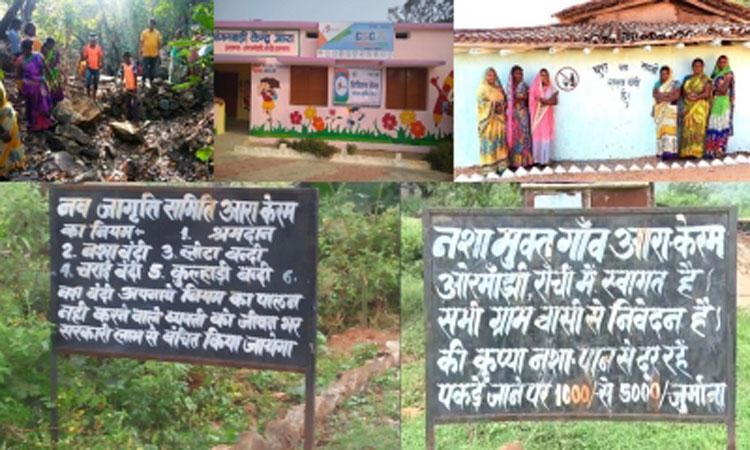 Here's why PM hailed Jharkhand's Aara-Keram village as a model to follow
IANS - Sunday , 18 September 2022 | 11 : 44 AM
A board has been placed on the side of a clean road at the entrance of the village, displaying the rules which are - 'Shramdan', 'Nashabandi', ban on open defecation, prohibition on leaving cattle unattended, ban on cutting trees and plants, ban on dowry system, plastic ban and deep boring ban. These are the rules, which the people of the village had imposed on themselves about five years ago with mutual consent. 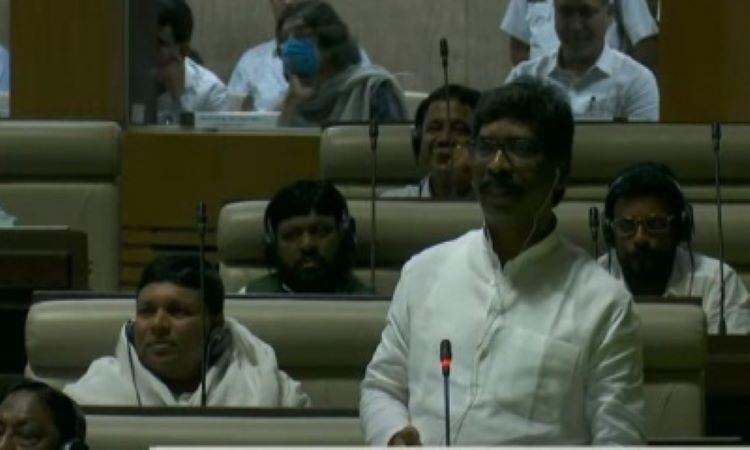 Jharkhand CM Hemant Soren wins trust vote, BJP stages walkout
IANS - Monday , 05 September 2022 | 03 : 18 PM
Soren got 48 votes, while the BJP walked out during the House proceedings. Earlier in the day, Chief Minister Hemant Soren tabled a confidence motion in the Jharkhand Assembly. He claimed that the BJP was attempting to poach UPA MLAs, which prompted him to take the step. The Chief Minister lambasted the BJP for creating uncertainty in the state.
Advertisement
Advertisement