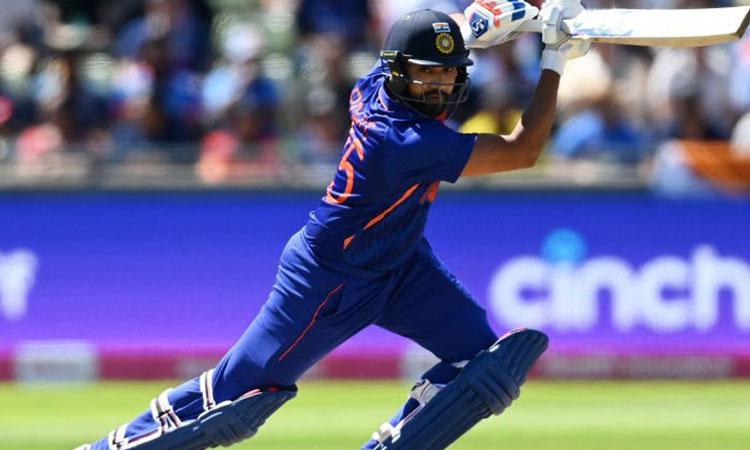 Rohit Sharma indicates he should recover from back issues before the fourth T20I
IANS - Wednesday , 03 August 2022 | 05 : 01 PM
India on Tuesday defeated the hosts by seven wickets to take a 2-1 lead in the five-match series, but Sharma had to retire hurt in the chase after complaining of back spasm. Sharma walked off in the second over of the chase, having scored 11 runs. 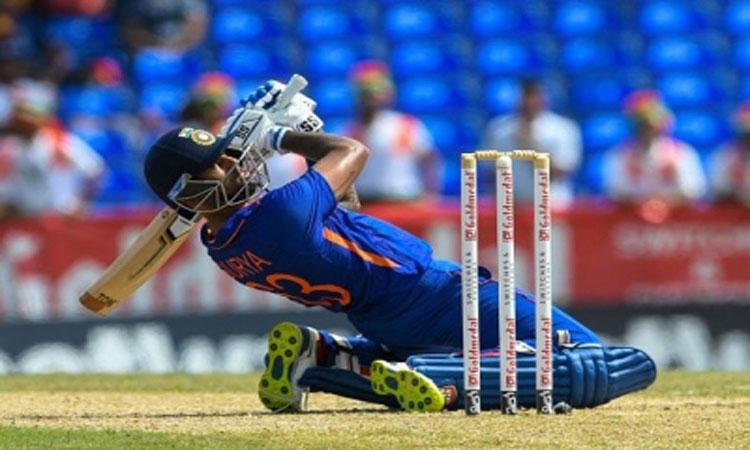 Suryakumar Yadav within striking distance of becoming world No. 1 T20I batter
IANS - Wednesday , 03 August 2022 | 04 : 45 PM
The ICC released its weekly update of the rankings on Wednesday and Yadav surged three spots to second overall on the T20I list for batters, with Babar now just two rating points ahead of the in-form right-hander. While Babar Azam has 818 rating points, Yadav is placed second on the list with 816 points, way ahead of another Pakistan batter Mohammad Rizwan, who is on 794. 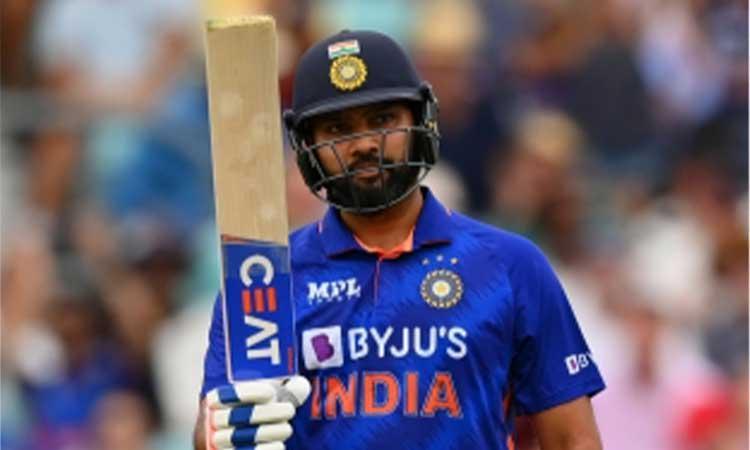 Injury scare for India as Rohit Sharma retires hurt in third T20I
IANS - Wednesday , 03 August 2022 | 12 : 46 PM
Following a long discussion with the team physio in the second over of the run chase, the opener decided to walk back to the dressing room as India chased down the hosts' 164/5 for the loss of just three wickets and an over to spare. India have taken a 2-1 lead in the five-match T20I series. 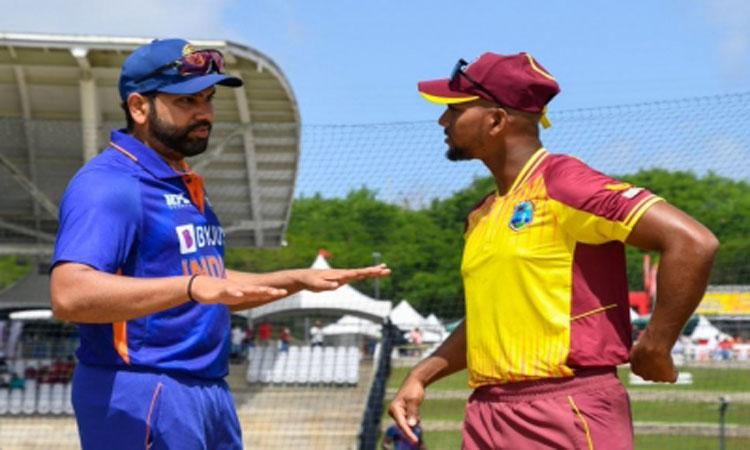 3rd T20I: India win toss, opt to bowl against West Indies
IANS - Tuesday , 02 August 2022 | 10 : 32 PM
"We will field first, not because of the conditions, but this is what we wanted to do as a team. We want to capitalize on the powerplay, this is a small ground, a six hitting ground, but the average score isn't high so we need to keep that in mind as well. The guys have been given the chance to express themselves, so the high-risk shots come into play, but we do understand that," said Rohit at the toss.
Advertisement 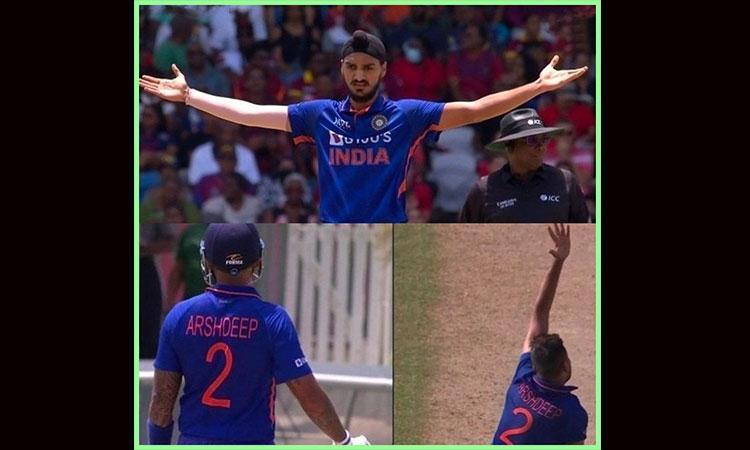 Howzat! Three Arshdeeps on the field in T20I match against West Indies
IANS - Tuesday , 02 August 2022 | 05 : 32 PM
Apparently the lanky India pace bowler landed in St. Kitts from Trinidad with more than a handful of his jerseys, even as the luggage of several other teammates got delayed. Arshdeep had to part with a couple of his jerseys, which saw Suryakumar Yadav wearing the left-arm pacer's shirt when he came out to bat. Later pacer Avesh Singh too came out wearing the jersey bearing Arshdeep's name. 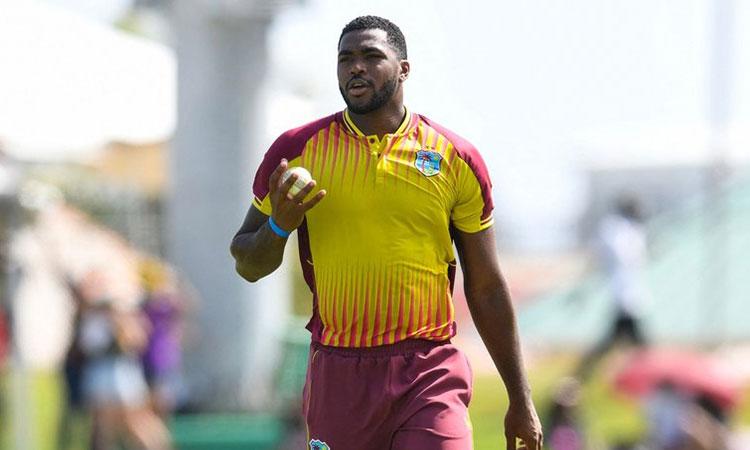 India vs West Indies 3rd T20I to also have delayed start to give players time to recover
IANS - Tuesday , 02 August 2022 | 03 : 33 PM
The third T20I of the engrossing five-match series at St Kitts will start at 9:30pm India time on Tuesday after the second match of the series on Monday began a 11 p.m. IST (earlier scheduled at 8 p.m. IST) due to team luggage arriving into St. Kitts from Trinidad late. 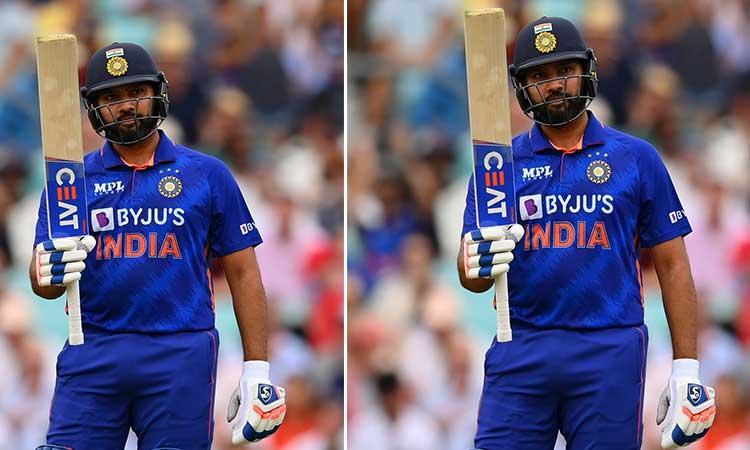 We are trying something and these losses can happen: Rohit Sharma after defeat to West Indies
IANS - Tuesday , 02 August 2022 | 12 : 35 PM
West Indies left-arm pace bowler Obed McCoy produced one of the most impactful bowling performances in T20I history as he demolished India for 138 to guide the hosts to a series-levelling five-wicket win at the Warner Park on Tuesday (IST).
Advertisement