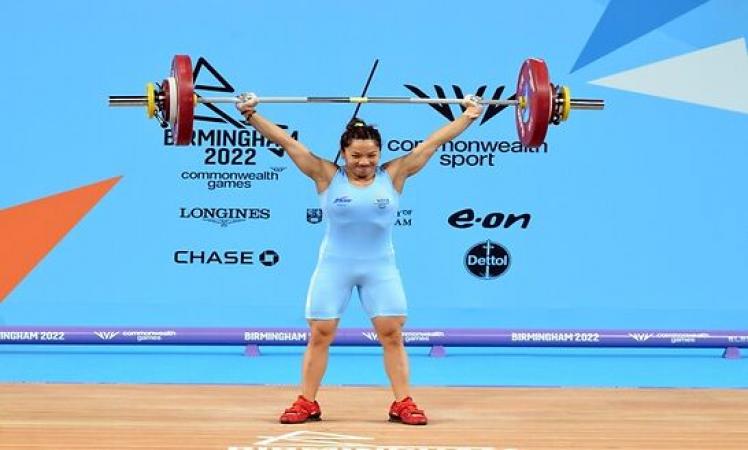 Weightlifter Mirabai Chanu clinches India's first gold medal at 2022 Commonwealth Games
IANS - Saturday , 30 July 2022 | 11 : 34 PM
Mirabai, who was the outright favourite to win her division, lived up to the billing with a total lift of 201kg (snatch - 88kg; clean and jerk - 113 kg). With her mark, she shattered the Commonwealth Games record in the category. The previous Games record, in fact, was held by Chanu herself courtesy a 191kg lift which brought her the 48kg gold medal at Gold Coast 2018. It was Chanu's third successive medal at the Commonwealth Games. She finished with silver at Glasgow 2014 and won gold at Gold Coast 2018 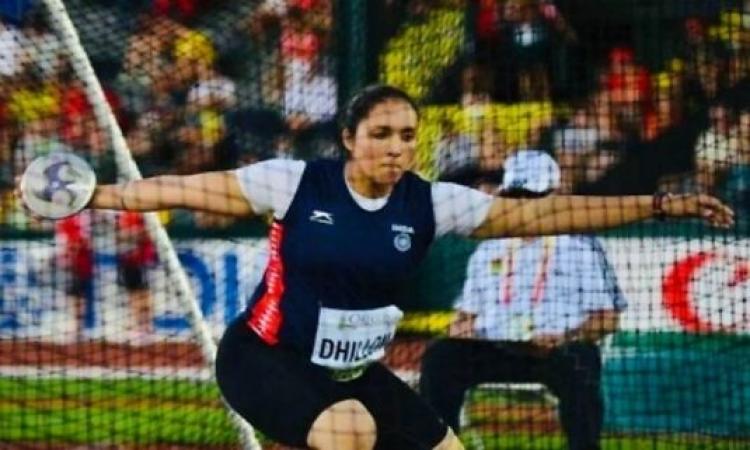 Qosanov Memorial athletics: Navjeet Dhillon wins gold at Kazakhstan meet
IANS - Sunday , 26 June 2022 | 01 : 04 PM
Navjeet, who is looking to seal her place in the Indian team for Commonwealth Games, won the women's discus throw with a 56.24m effort. Local athlete Karina Vasilyeva (44.61m) and Uzbekistan's Yulianna Shchukina (40.48m) followed Navjeet Dhillon on the podium. A Commonwealth Games bronze medallist Navjeet has been provisionally named in India's athletics squad for the Birmingham 2022 Games. However, she will have to produce good results in competitions ahead of the quadrennial event to confirm her CWG spot, according to the AFI. 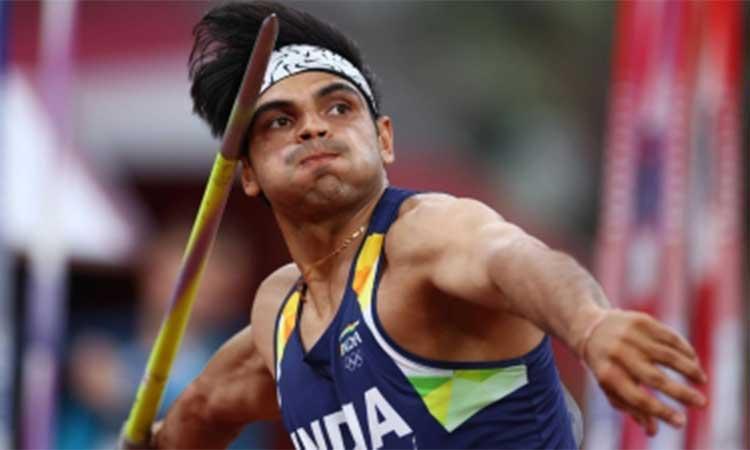 Kuortane Games: Neeraj Chopra clinches gold with a throw of 86.69 metres
IANS - Sunday , 19 June 2022 | 01 : 08 PM
Neeraj Chopra's first throw, measuring 86.69m, was enough for him to clinch the top spot on the podium. However, his winning throw was well short of the 89.30m -- the personal best he had logged during the Paavo Nurmi Games earlier in the week. London 2012 gold medallist Keshorn Walcott of Trinidad and Tobago won the silver with 86.64m while world champion Anderson Peters of Grenada settled for bronze with an 84.75 attempt. 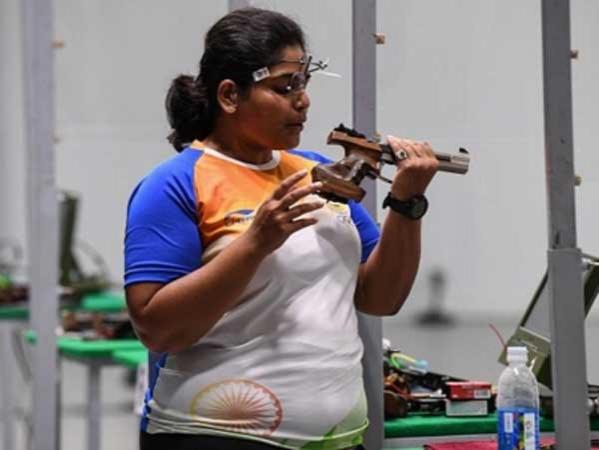 India gunning for gold in 25m pistol team event at ISSF World Cup
IANS - Sunday , 06 March 2022 | 01 : 46 PM
The Indian women's 25m pistol team, comprising Rahi Sarnobat, Esha Singh and Rhythm Sangwan, has made it to the gold-medal match in the ISSF World Cup (rifle/pistol) under way in Cairo, Egypt, assuring themselves of a medal.
Advertisement 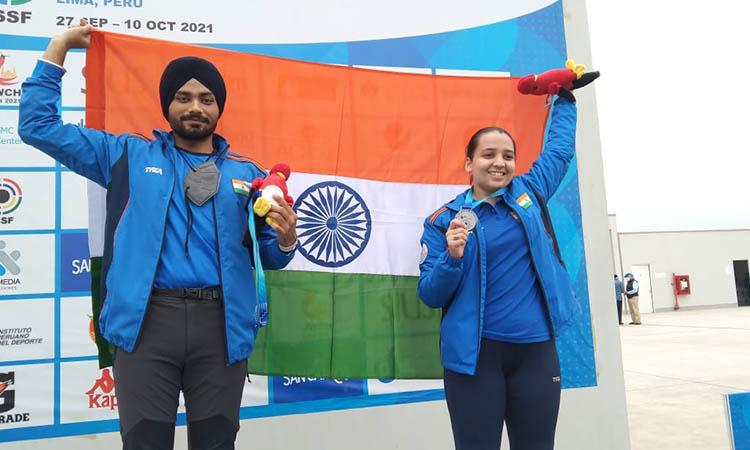 Two more gold medals for India at Jr Shooting World Championship
IANS - Sunday , 03 October 2021 | 01 : 39 PM
Manu and Sarabjot led an India 1-2 in air pistol mixed team competition where they fought off the challenge of the second Indian pair of Shikha Narwal and Naveen 16-12 in the gold-medal match. in the qualification round featuring eight teams, both the Indian pairs finished 1-2 as well with Manu and Sarabjot shooting 386, while Shikha and Naveen were a point behind with 385. 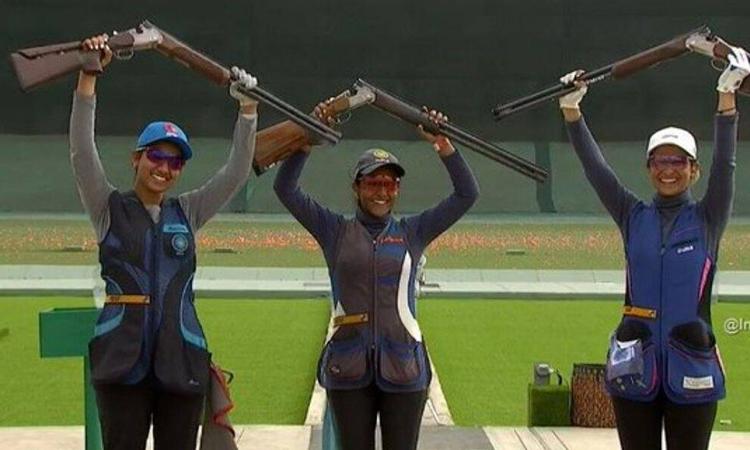 'Mathematically proved', javelin thrower Neeraj Chopra is the best
IANS - Wednesday , 11 August 2021 | 06 : 29 PM
From the moment Chopra landed at the Indira Gandhi International Airport in New Delhi on August 9, people started clicking pictures of the ace thrower's javelin at the arrival lounge, neatly packed in a black bag with "Neeraj Chopra" written prominently on it. The best 'calculation' though was done by someone who tweeted a sketch of a pencil shaped like a javelin and drew a gold medal, captioning it "History". 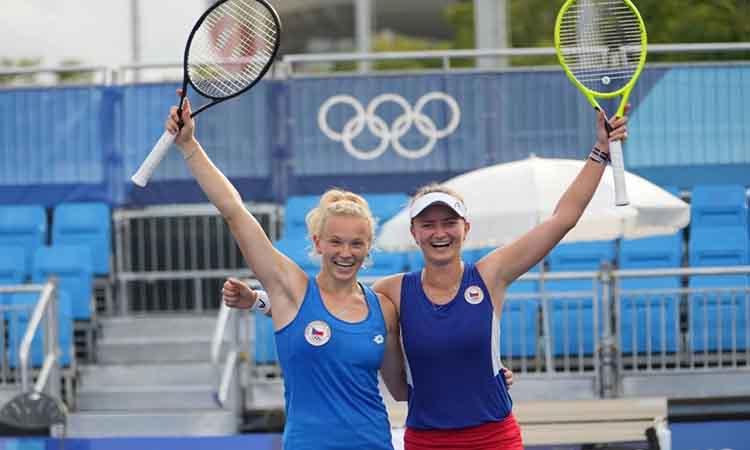 Olympics: Barbora-Katerina clinch women's doubles gold
IANS - Sunday , 01 August 2021 | 04 : 14 PM
Barbora, the French Open singles and doubles champion this year, and Katerina defeated the Belinda-Viktorija pair 7-5, 6-1, in the one hour and 25 minutes, becoming the first team from the Czech Republic to claim the women's doubles gold. Barbora and Katerina were the third Czech duo to reach the women's doubles Olympic final. The reigning French Open champions became the first from their country to prevail in any of those finals.
Advertisement 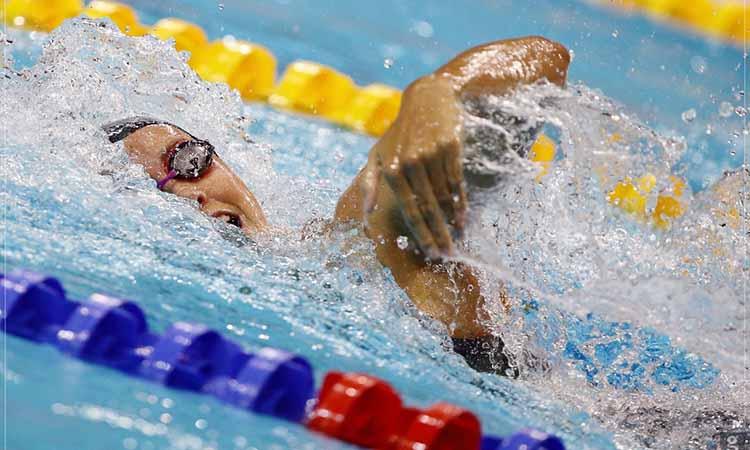 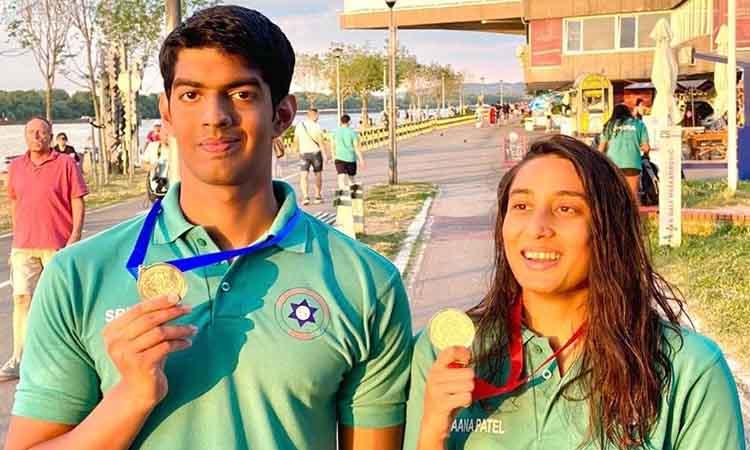