Durand Cup 2022: Kerala Blasters register first win, beat NorthEast United 3-0
IANS - Sunday , 28 August 2022 | 09 : 17 AM
A brace from Mohammed Aimen (28', 90') and a goal from Muhammed Ajsal (55') outnumbered NorthEast United FC to hand full points to the Blasters. NorthEast United FC hit the ground running by being quick on the ball right from kick-off with a handful number of chances being created in the opening minutes of the game, but the Kerala Blasters' shot-stopper Sachin Suresh calmly took charge of the situation. 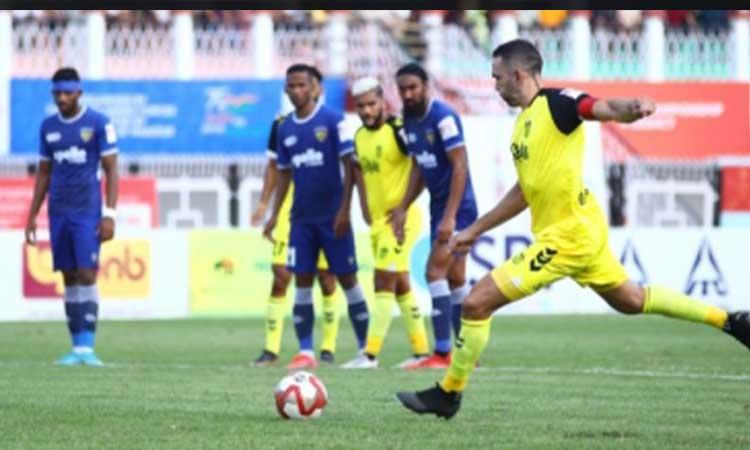 Durand Cup 2022: Hyderabad FC beat Chennaiyin FC 3-1
IANS - Saturday , 27 August 2022 | 10 : 21 AM
Anirudh Thapa handed Chenaniyin FC the lead just two minutes before half-time as Hyderabad FC rode on Ogbeche's (65th, 74th) brace and Joao Victor's strike to take full points as Chennaiyin FC's Fallou Diagne was sent off in the 54th minute. The game was a cagey affair in the first half an hour. Chennaiyin FC then began to enjoy a bit of momentum that resulted in the opening goal. 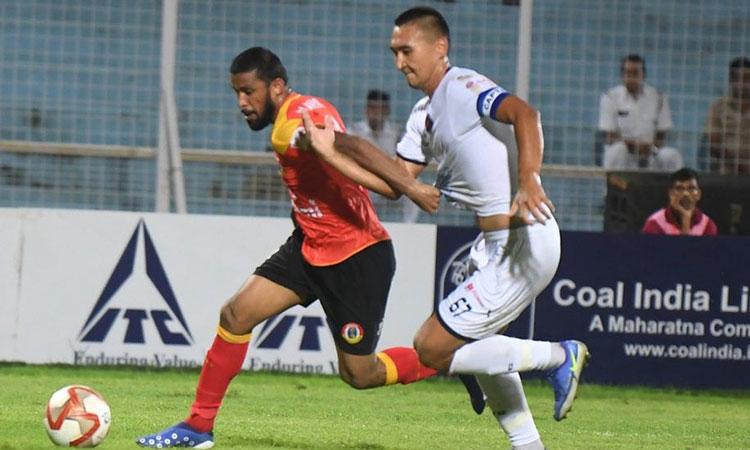 Durand Cup 2022: Rajasthan United hold East Bengal to a goal-less draw
IANS - Friday , 26 August 2022 | 09 : 15 AM
Rajasthan who had got the better of ATK Mohun Bagan in their first match, produced another impressive result as they got a point against the other Kolkata giant on their own patch. For East Bengal, it was a similar story to their previous game where they failed to convert the chances that came their way and had to settle for a point. The first opening came in the 15th minute when Aniket Jadhav sent in a dangerous cross in the box but it just evaded VP Suhair. Suhair then tested the Rajasthan goalkeeper Niraj Kumar with a shot from distance 12 minutes later but he was equal to the task. 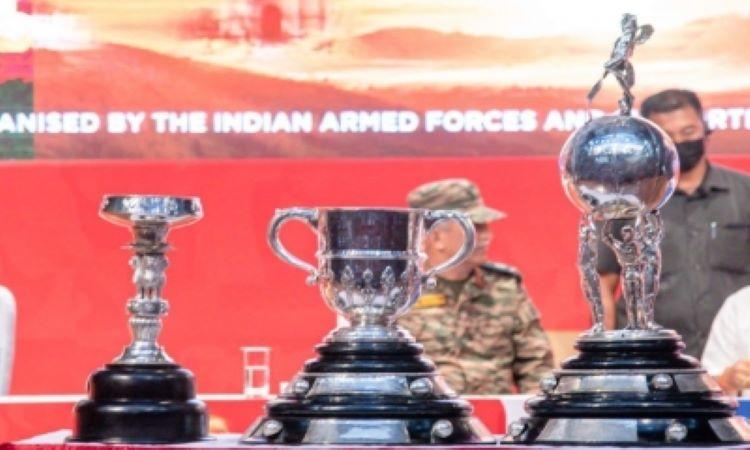 Took swift action and resolved the issue of racist comment, claim Durand Cup organisers
IANS - Thursday , 25 August 2022 | 07 : 55 PM
"Swift action was taken and the matter has been resolved, post the joint intervention and mediation of all stakeholders including the All India Football Federation (AIFF). We thank all for the support provided. We will always stand up in the fight to eliminate any form of discrimination from the beautiful sport of Football," the organisers said in a statement on Thursday.
Advertisement 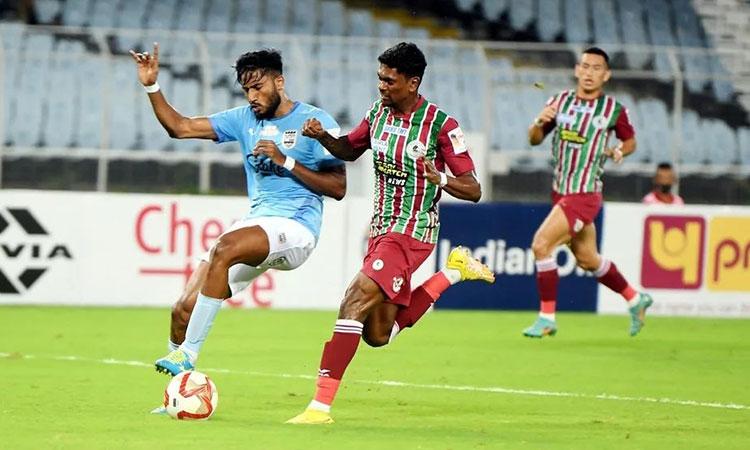 Durand Cup 2022: Mumbai City, ATK Mohun Bagan share spoils after 1-1 draw
IANS - Thursday , 25 August 2022 | 09 : 44 AM
Liston Colaco drew first blood for the green and maroons in the first-half, only to see that effort cancelled out by Argentine striker Jorge Pereyra Diaz, in the second. MCFC now have four points from two games while ATKMB have picked up their first, after going down to Rajasthan United in their first game. The match started at a ferocious pace with ATKMB doing most of the attacking in the first 20 minutes of the first half. 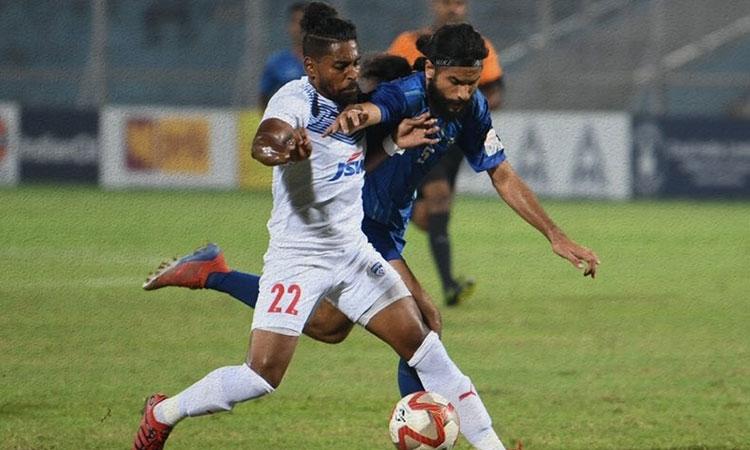 Durand Cup: Bengaluru FC defeat Indian Air Force 4-0
IANS - Wednesday , 24 August 2022 | 09 : 32 AM
Roy Krishan opened the scoring in the ninth minute of the match while Sunil Chhetri got the second in the 23rd. The third was scored by Faisal Ali in the 71st minute, while young striker Siva Sakthi got the fourth in the third minute of stoppage time. As a result, BFC now join Mohammedan on six points in the group and both also have the same goal difference. 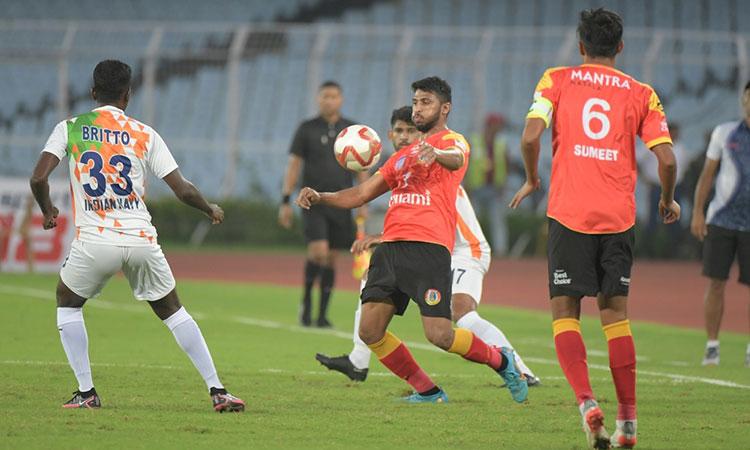 Durand Cup: East Bengal play goalless draw with Indian Navy
IANS - Tuesday , 23 August 2022 | 10 : 45 AM
It was a cagey first half with East Bengal coach Stephen Constantine opting for a four-man midfield and an all-Indian playing eleven. His plans probably went haywire right at the start when Naorem Mahesh Singh picked up an injury and had to be replaced by Tuhin Das. 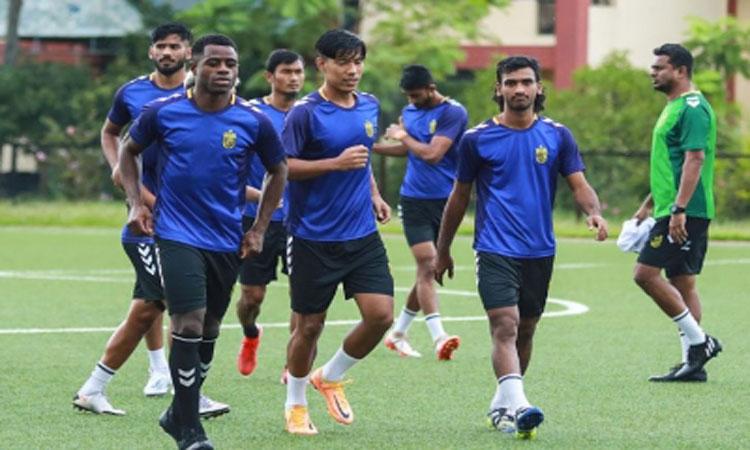 Durand Cup: ISL champs Hyderabad FC kick-off campaign against TRAU FC
IANS - Sunday , 21 August 2022 | 09 : 22 PM
HFC are drawn in Group C in the 131st edition of the prestigious competition, where they take on the local I-League side at the Khuman Lampak Stadium in Imphal, Manipur. Hyderabad FC, who reached the city on Saturday, have named a strong squad for their Durand Cup campaign, with all six overseas players gunning to make a mark.
Advertisement 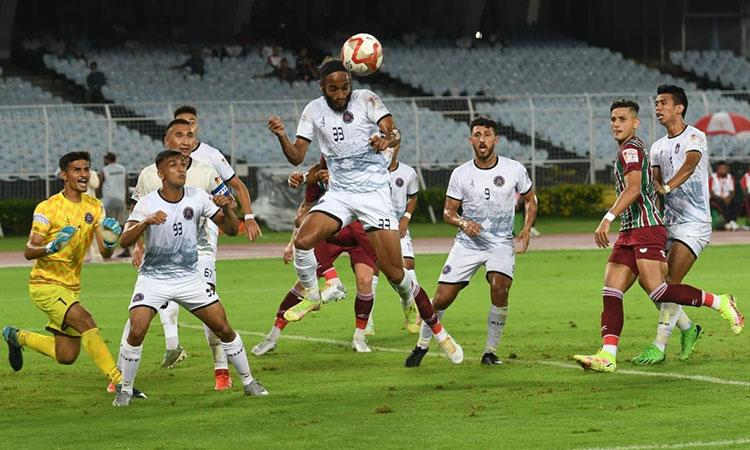 Durand Cup 2022: ATK Mohun Bagan lose 2-3 to Rajasthan United
IANS - Sunday , 21 August 2022 | 09 : 52 AM
Kiyan Nassiri had fired his team in front in the 43rd minute only to see Rajasthan equalise in first-half stoppage time through Bektur Amangeldiev. New signing Ashique Kuruniyan then fired ATK Mohun back in front in the 46th minute but saw the lead wiped out again through Lalremsanga in the 61st minute. Rajasthan then struck in the sixth minute of stoppage time as Gyamar Nikum silenced the stadium with a game-clinching goal. 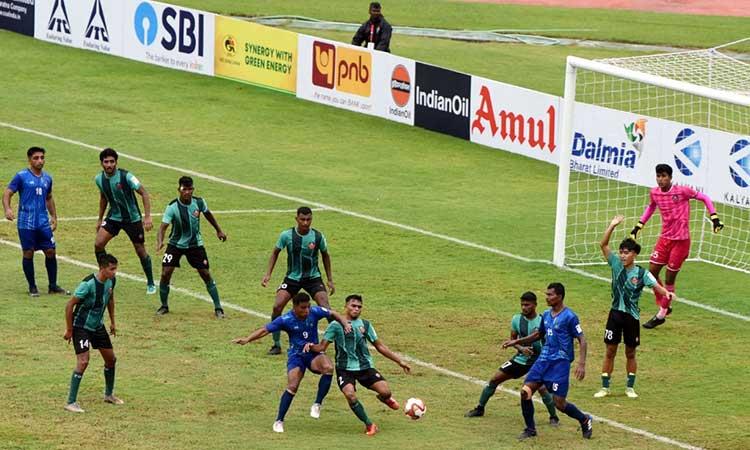