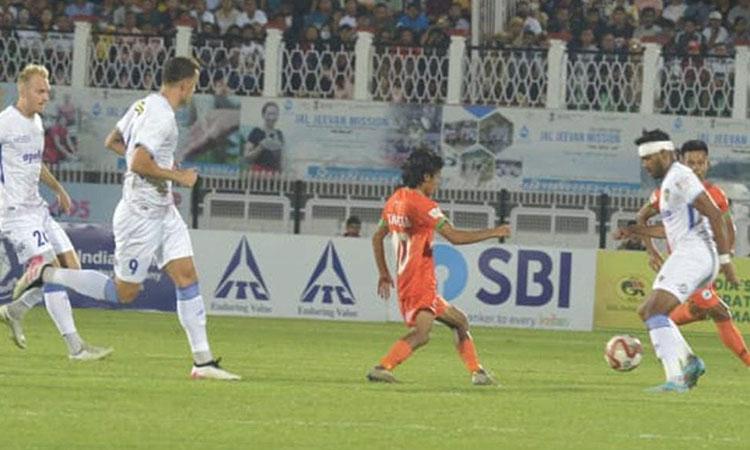 Durand Cup: Chennaiyin FC book quarterfinals spot with win over Neroca
IANS - Tuesday , 06 September 2022 | 10 : 10 AM
The Group C game was the 40th and final of the Group stages, with the quarterfinals scheduled in Kolkata between September 9 to 12. Anirudh Thapa scored one and assisted in the other, to do the star turn for CFC in what was a game CFC could not lose and Neroca had to win, to survive in Asia's oldest football tournament. Chennaiyin looked the better side throughout and definitely had the more quality fire-power at this stage of the tournament, to come through quite comfortably in the end, in what was a pressure game for them in front of a boisterous home crowd. 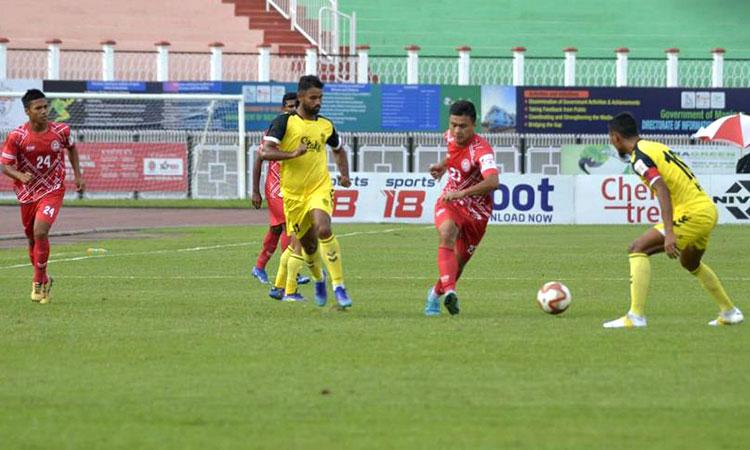 Durand Cup: Hyderabad FC fall to first defeat of 2022 campaign against Army Red
IANS - Saturday , 03 September 2022 | 10 : 42 PM
Manolo Marquez made plenty of changes to the Starting XI but Hyderabad managed to create plenty of chances throughout the game. The likes of Halicharan Narzary, Lalchungnunga Chhangte, Borja Herrera, Aaren D'Silva and Javi Siverio, coming off the bench, all came close on fair few occasions, but HFC failed to find the back of the net for the first time in this campaign. 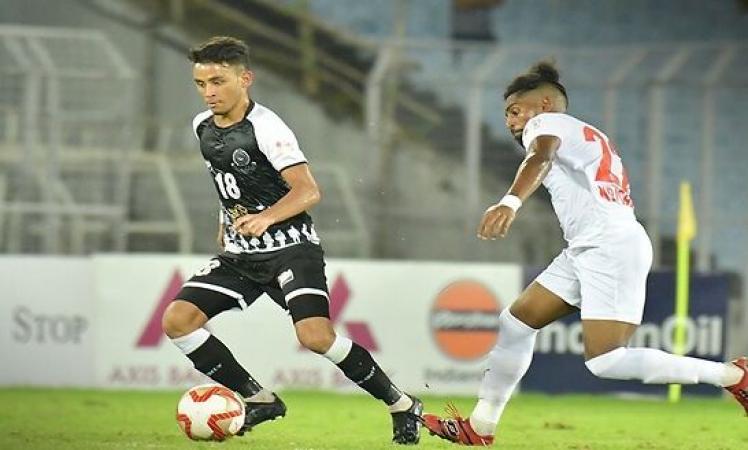 Durand Cup 2022: Mohammedan Sporting top group A after 1-1 draw with Bengaluru FC
IANS - Saturday , 03 September 2022 | 11 : 07 AM
Pritam Singh got an early lead for MDSP in the first half, which was neutralized by Siva Sakthi in added time of the second. Both teams had already qualified for the knockout stages and the result meant that MDSP would face the Kerala Blasters in their quarter-finals while BFC would go up against Odisha FC in theirs. A minute later, MDSP got the opener. It was the culmination of a wonderful team moves down the left flank, from the space left open by a constantly overlapping Prabir Das. 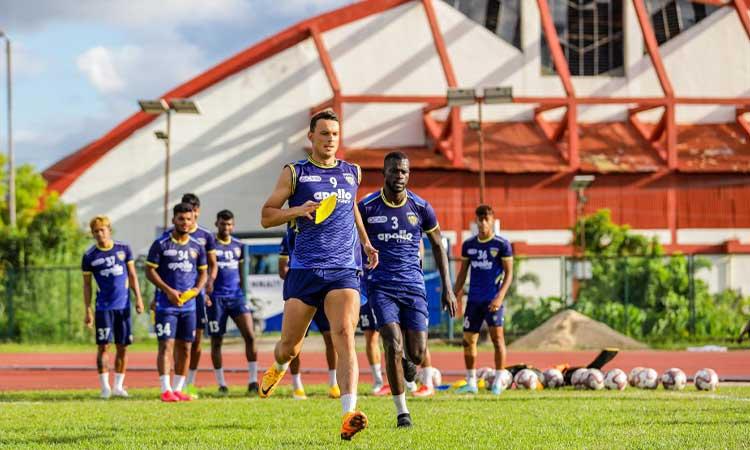 Durand Cup: Sliskovic bra hbce helps Chennaiyin FC register an important win
IANS - Friday , 02 September 2022 | 10 : 20 AM
Kwame Karikari and Vafa Hakhamaneshi scored one in each half while Petar netted his first in the 16th second of the game and the other in the second half. Komron Tursonov scored for TRAU FC from the spot. Chennaiyin, who were at the bottom of their group before Thursday's match climbed to the joint second (ahead on goal difference) to keep their hopes of qualifying for the knockouts alive.
Advertisement 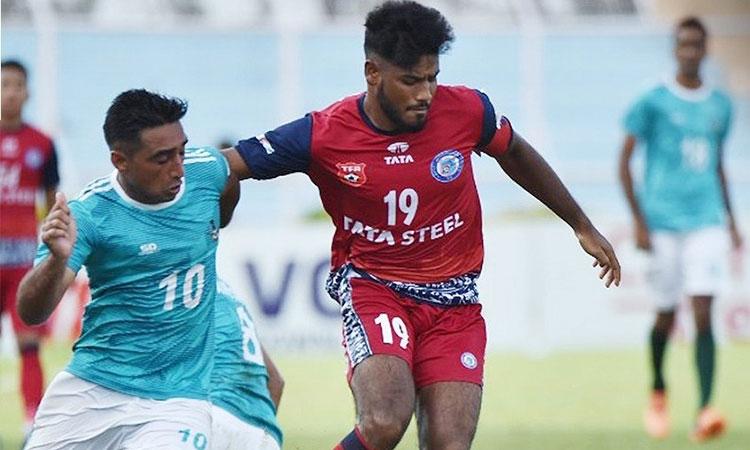 Durand Cup: Jamshedpur FC finish campaign with a 2-1 win over Indian Air Force
IANS - Friday , 02 September 2022 | 10 : 10 AM
A goal from Piush (26') gave Jamshedpur FC the lead but the team from the armed forces pushed back with an equaliser after a goal from Somananda (39') in the closing stages of the first half. It was in the 84th minute that the Red Miners got their lead back thanks to the efforts of Ruatmawia who restored their lead and ended their campaign with a win. 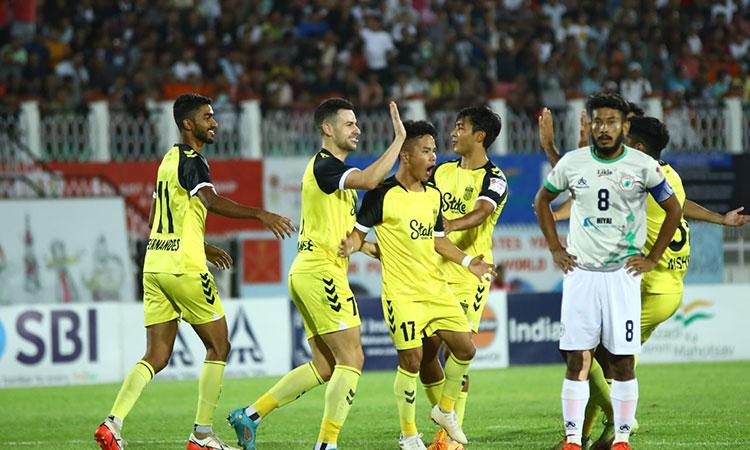 Durand Cup: Hyderabad FC qualify for quarterfinals
IANS - Wednesday , 31 August 2022 | 10 : 24 AM
In what was another highly impressive and professional display by HFC in Group C, the Manolo Marquez-managed side now has three wins from three games and their top striker Bartholomew Ogbeche, who had his second brace of the tournament, also climbed on top of the highest scorer's chart, with four goals now against his name. 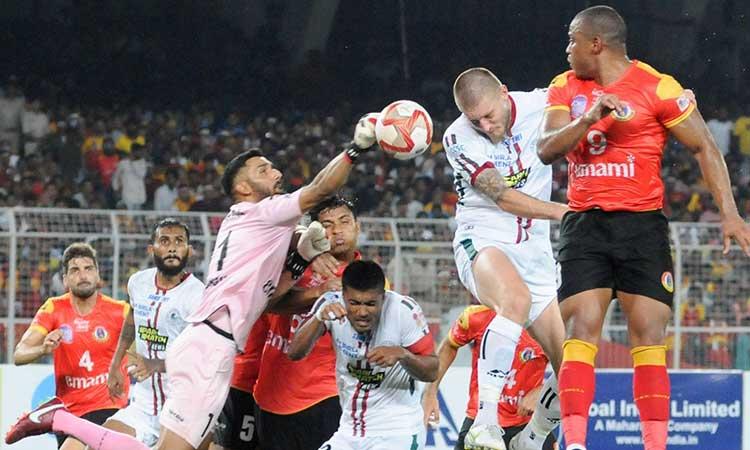 Durand Cup: ATK Mohun Bagan win Kolkata derby
IANS - Monday , 29 August 2022 | 09 : 55 AM
ATKMB gaffer Juan Ferrando fielded an unchanged eleven from the derby while EEB coach Stephen Constantine made as many as five, some forced, due to injuries to players like Ankit Mukherjee and V.P. Suhair. EEB were the home-side on the day wearing their traditional Red & Gold while ATKMB were in their away white flannels.
Advertisement