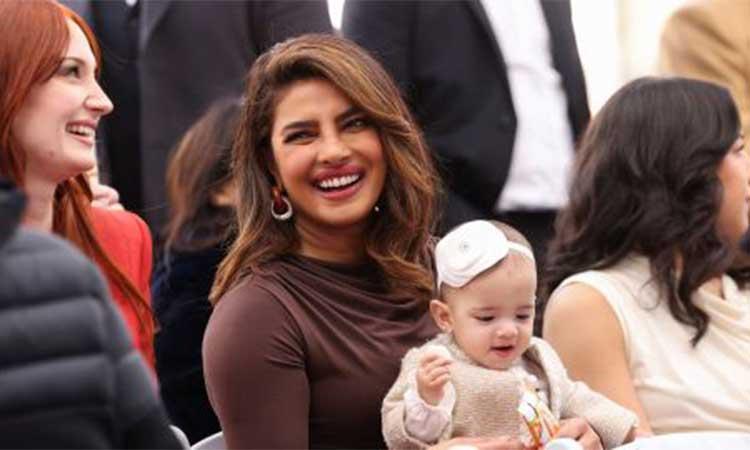 Aahana Kumra sets hearts racing in animal print bikini
Newsmen Photo Desk - Thursday , 02 February 2023 | 05 : 43 PM
this movie won many hearts and the actress of this movie Aahana Kumra grabbed everyone's attention. Looking at the actress of this movie, Aahana Kumra wins everyone's heart with her performance in the movie and dazzles with her drool-worthy pictures on social media. Let's take a look at some of her breathtaking pictures.

Kareena Kapoor to Alia Bhatt: How 8 Bollywood divas transformed after becoming mommies
Newsmen Photo Desk - Thursday , 02 February 2023 | 03 : 54 PM
however, some of them are focusing on their health and fitness and after giving birth to the newly born they restarted their careers. Weight loss is not at all easy, especially after pregnancy. New mommies undergo a lot of stress and anxiety in order to get their old selves back. Recently, many Bollywood divas become a mother, let's take a look at their transformation.

Rutuja Sawant oozes hotness in colourful bikini
Newsmen Photo Desk - Wednesday , 01 February 2023 | 05 : 46 PM
She was seen in the movies Ek Villain Returns and TV serials like Mehndi hai Rachne Wali. Recently, she dropped pictures in a bikini which sizzles the internet with hotness. However, from western to traditional, bikini to swimwear, the diva looks classy in any outfit. Let's take a look at some of her breathtaking pictures.
Advertisement

Gorgeous Rubi Singh sets hearts racing with these bewitching pics
Newsmen Photo Desk - Monday , 30 January 2023 | 05 : 47 PM
Talking about Bollywood diva Ruhi Singh, she worked in almost every industry, from web series to movies, foreign documentaries to a music album, the diva is everywhere. Rubi Singh is mostly active on social media and raises the temperature on the platform with her sizzling hot pictures, anyone can fall in love with the diva. Rubi Sigh also won the title of Miss India. Let's take a look at some of her sizzling hot pictures.

Tara Sutaria oozes hotness in stylish monochrome monokini
Newsmen Photo Desk - Monday , 30 January 2023 | 05 : 42 PM
One of the options is actress Tara Sutari. She is one of the most endearing and glamorous divas in the Bollywood industry. From winning hearts with her mind-blowing performance in the movies to stuns us with her sizzling pictures on social media, Tara Sutari can do both. Recently, she raises the temperature on the internet with a hot picture in a monochrome monokini.

Aalaya furniturewala looks smashing in these bewitching pics
Newsmen Photo Desk - Wednesday , 25 January 2023 | 06 : 04 PM
Aalaya furniturewala, is one of the most beautiful and charming actresses of Bollywood. On the work front, Alaya started her career with the film “Jawani Janeman” in 2020 with the superstar Saif Ali khan. This film was the big success of her career. After that, she did “Freddy” in 2022 which was a thriller movie, in which she was highly praised for her role and acting. Before joining the film industry, she has done modeling and also promoted many famous brands. She is very active on social media and has 1.4 million followers on Instagram. Through her alluring pictures, she has been winning the hearts of her fans. Let's take a look at some of her alluring pictures.
Advertisement
Advertisement