"We dont see things as they are, we see them as we are," said Anais Nin once.

Barely had UK's Royal Navy announced the schedule for early 2021 deployment of HMS Queen Elizabeth and its battle group to the Western Pacific, Chinese media began its usual hyperventilation. The UK and in the same breath India were accused of, "infesting China's surroundings with aircraft carriers to target China".

The news could have been amusing if it weren't for a time when the world reminisced how the year gone by was devastated by the Wuhan virus.

Alas, a country big by geography and economy, instead of feeling secure and aiding others remained consistent with its-petty mindset.

In 2013 the Philippines was devastated by Typhoon Haiyan. While countries with much smaller budgets contributed aid in figures upwards of millions of dollars, China offered a paltry $100,000 despite being the second largest economy -- a figure less than what Ikea, the home and furniture firm donated. It was only after a global outcry, that China marginally increased its aid. It even refused to deploy its hospital ship Peace Arkto the aid of the Philippines, which it otherwise previously employed to play the medical diplomacy card.

Essentially, it was proof that Peace Ark was for optics and not for actual aid.

Contrast China's behaviour with that of India which not only believes in the concept of "Vasudhaiva Kutumbakam" meaning "the world is one family", but translated it into action on ground through its policy of SAGAR -- Security and Growth for All in the Region.

All along in 2020 as the Wuhan virus devastated economies, nations and mankind, the Chinese were busy militarising artificial islands in South China Sea; cracking down on pro-democracy protestors in Hong Kong; enslaving Uyghurs and Tibetans, pillaging natural resources of the ocean upon which smaller countries were dependent and attempting to usurp territories of neighbouring countries. Yet, Indian Navy ships were shuttling astride the Indian Ocean and South China Sea to provide succour to the needy. From African island nations to countries in the South East Asia, the Indian Navy, far from infesting the surroundings of any country -- was welcomed and thanked by all.

Wonder what is irking China when other navies announce deployments to the Western Pacific or the South China Sea? Surely, none of these navies have been surreptitiously sneaking into other nation's territories or carrying out unannounced research.The waters after all, are global commons where not only navies, but international shipping transit. Rewind to 2013, when China accelerated the construction of more than 3,000 dredged-up acres across seven reefs in the South China Sea and turned them into artificial islands. In 2015, the then Deputy Chief of the General Staff of the People's Liberation Army (PLA) Sun Jianguo publicly asserted that the "Islands are built with the purpose that international community could lead on them their activities. It is planned that on the islands will be performed the work of meteorologists and oceanographers in the interest of the UN".

Even the Chinese President, Xi Jinping pledged not to militarise the islands. These lies have been laid bare by the artificial structures housing long range sensor arrays, port facilities for warships, runways, and reinforced bunkers for fuel and weapons. The dozens of hangars for fighter aircraft on a handful of islands, as well as anti-ship cruise missiles, anti-aircraft batteries and missile defences are an unmistakable offensive military footprint that reflect everything other than peaceful intentions.

For China to cast aspersions on customary and peaceful deployments of other navies announced well in advance is rather rich, especially when China tries in vain to justify submarine deployments to the Northern Indian Ocean as anti-piracy operations. In December last year, an Indonesian fisherman found a Chinese Sea Wing unmanned underwater vehicle (UUV) near Selayar Island in the South Sulawesi, far away from China's adjacent waters.Sea Wing gliders have been typically launched by China's specialist survey ships. In December 2019 the survey ship Xiangyanghong-06 launched around 12 of the UUVs into the Eastern Indian Ocean. The UUVs have been discovered across the Indian Ocean ï¿½ far away from Chinese territory for over four years now. The validity of any peaceful research claims could well be guessed by everyone.

If smaller neighbours had it tough, Japan ï¿½ an economic and military might too is being tested. China has been sending military planes on hundreds of sorties in the East China Sea, forcing the Japan Self-Defence Forces to scramble their fighter jets from dawn till dusk. Chinese warships too sail close to Japanese territories instigating a response. China's maritime expansionism illustrates not merely the Chinese Communist Party's growing military might, but also its resolve to salami slice less powerful neighbours and flout international laws.

It fears, if other large navies frequent the Western Pacific or South China Sea -- both of which are international waters, those navies may behave the way China does inside other's territories or immediately outside. It is also upset that the presence of neutral, law abiding naval forces in international waters would expose Chinese belligerent actions and bring renewed focus on its illegal activities in the region at a time the world attempts to overcome the Wuhan virus with a vaccine solution. Indeed, China is the classic example of "We Don't See Things As They Are, We See Them As We Are". 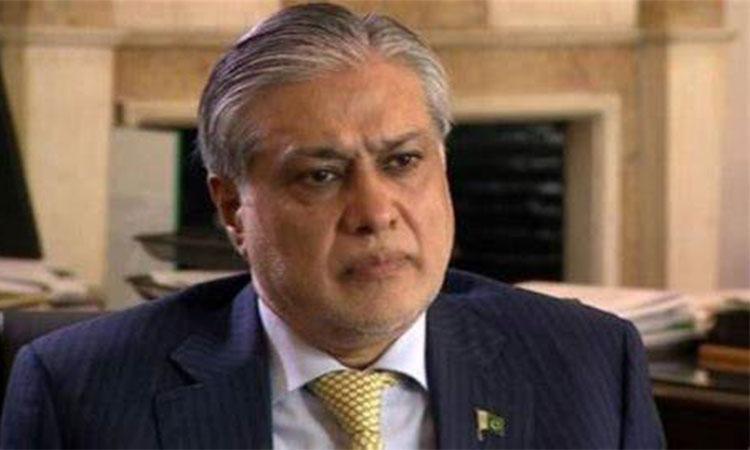 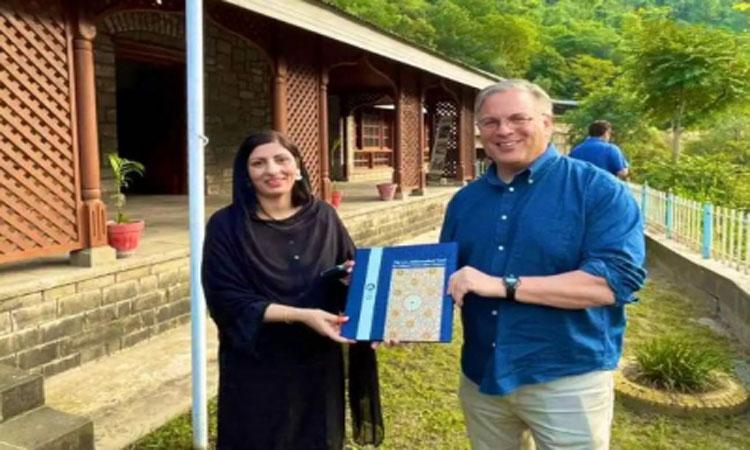 Is US Ambassador Blome's visit to POK a signal to India and China? 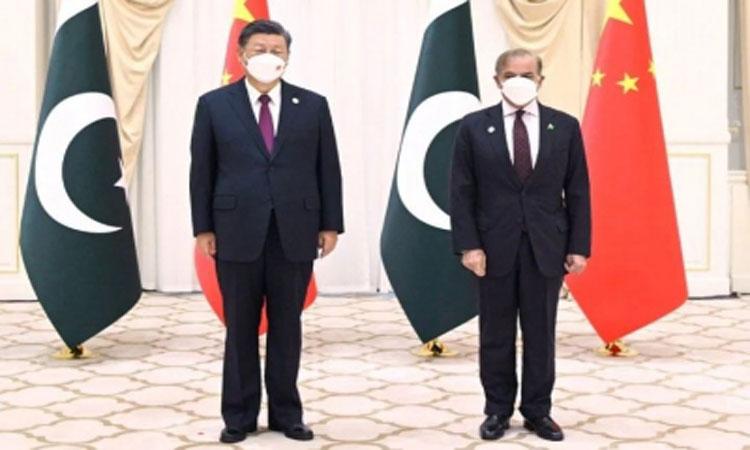 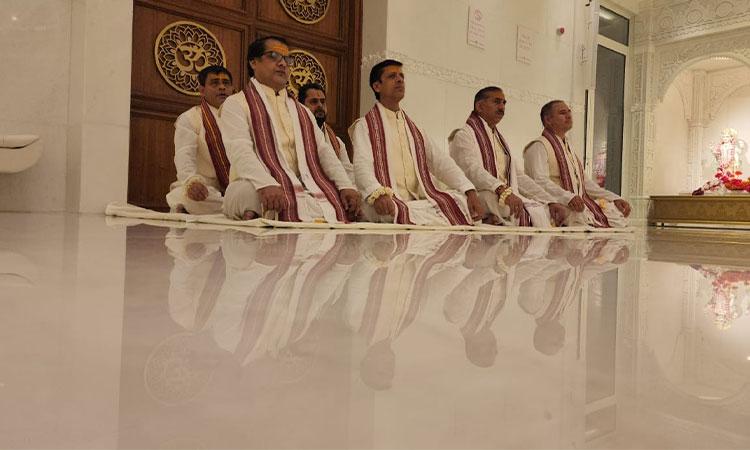 Hindu Temple opens its doors in Worship Village of Dubai