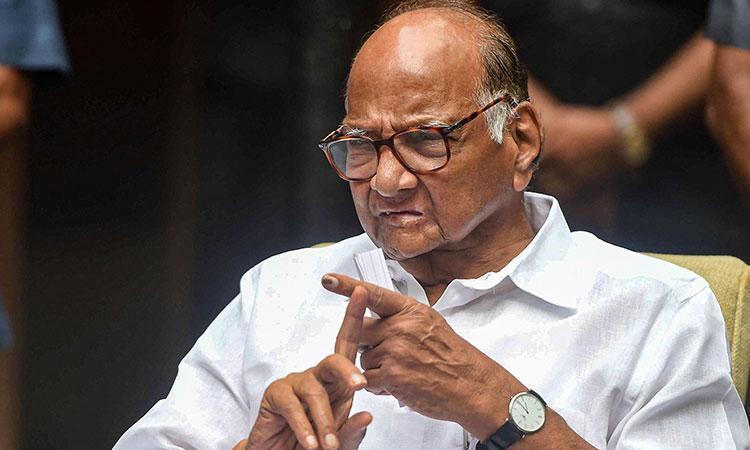 Sharad Pawar re-elected as NCP president
IANS - Saturday , 10 September 2022 | 11 : 50 PM
After the meeting, NCP general secretary Praful Patel said Sharad Pawar has been elected unopposed by the party's national executive. The party would hold national council meeting on Sunday during which Pawar is expected to lay out the road map for the national-level alliance of the opposition parties. 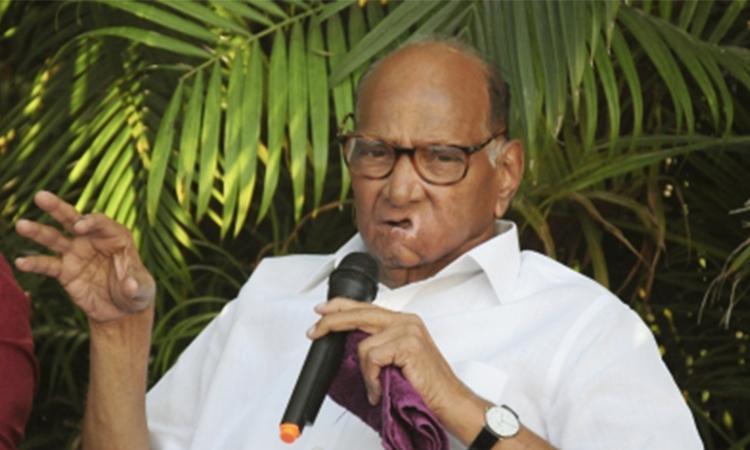 Congress takes a step back for Opposition unity on President poll
IANS - Sunday , 19 June 2022 | 01 : 31 PM
The Congress is not pushing anybody's candidature and will go with the opposition's choice for the sake of opposition unity. Sources say that Congress leader Mallikarjun Kharge made the point in the meeting convened by Mamata Banerjee on June 15 that the party is aware that many of the parties around this table compete with each other in assembly elections. But that has not prevented this meeting from taking place. 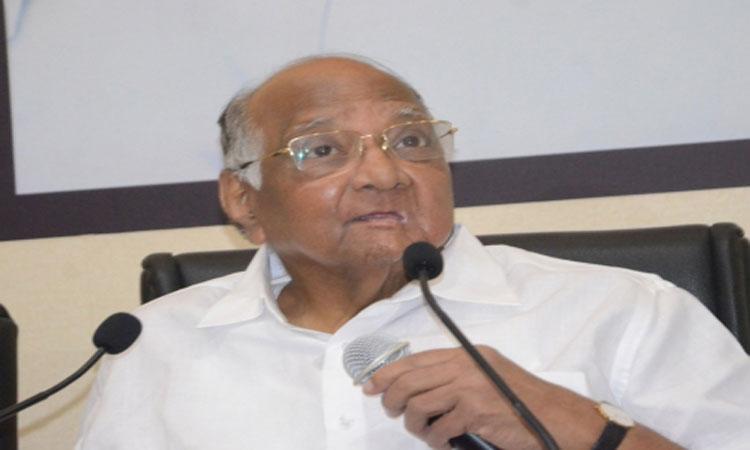 Opposition meet to pick Presidential candidate on June 21
IANS - Friday , 17 June 2022 | 04 : 11 PM
Sources say that 17 parties will attend the meeting. The parties have to arrive at a consensus on the candidate's name after Sharad Pawar declined to contest. The opposition parties had on Wednesday decided to field a joint candidate in the Presidential polls next month.The meeting of opposition leaders, called by Trinamool Congress supremo and West Bengal Chief Minister Mamata Banerjee, was held here for building a consensus on a joint opposition candidate. 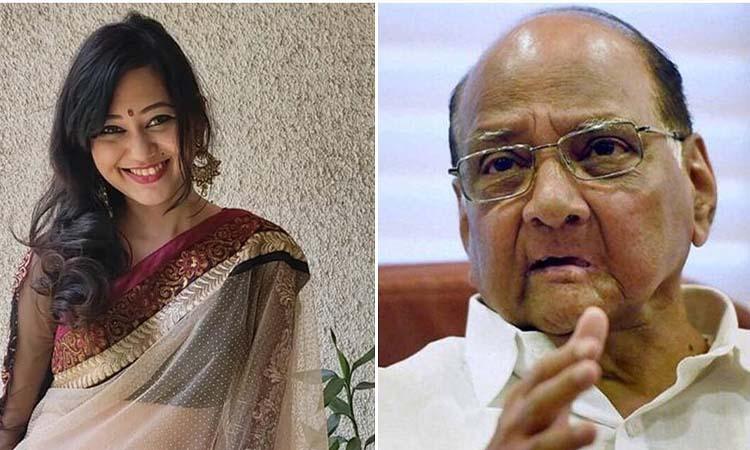 Marathi actress arrested for vitriolic post on Sharad Pawar
IANS - Saturday , 14 May 2022 | 10 : 43 PM
The development followed a complaint registered with Kalwa Police by NCP leader Swapnil Netke against Chitale, 30, who shared a Marathi verse denigrating Pawar and resulting in a political furore. Subsequently, she was taken to the Kalamboli Police Station in Navi Mumbai which arrested her, even as other complaints have been lodged against her in Mumbai, Nashik, Pune and different cities.
Advertisement 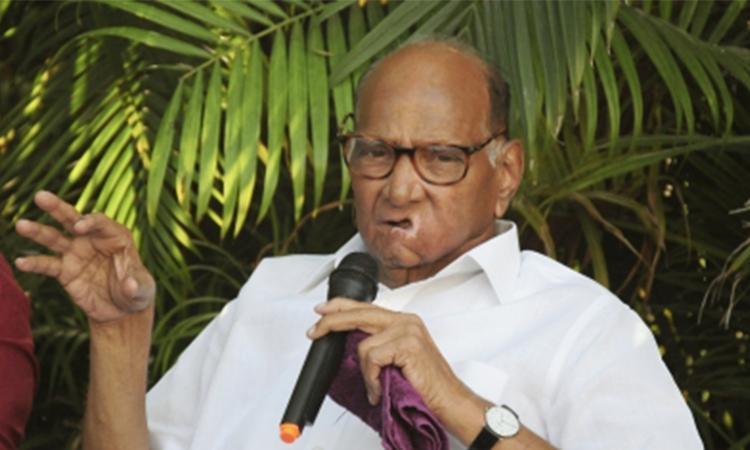 I relish Opposition's criticism - winks Pawar at BJP's 'Twitter-bomb'
IANS - Saturday , 16 April 2022 | 10 : 16 AM
"I enjoyed reading those (14) tweets. I am accused of minority appeasement and caste politics. The NCP's policies are not based on such things. I don't give much importance to the criticism," said Pawar with a mischievous glint in his eyes, making it clear he cared little for the Opposition's repeated assaults. Pawar -- who was accorded a hero's welcome here on Friday morning -- said he was more concerned about the unity of the state which is in 'danger' than the Opposition barbs at him. 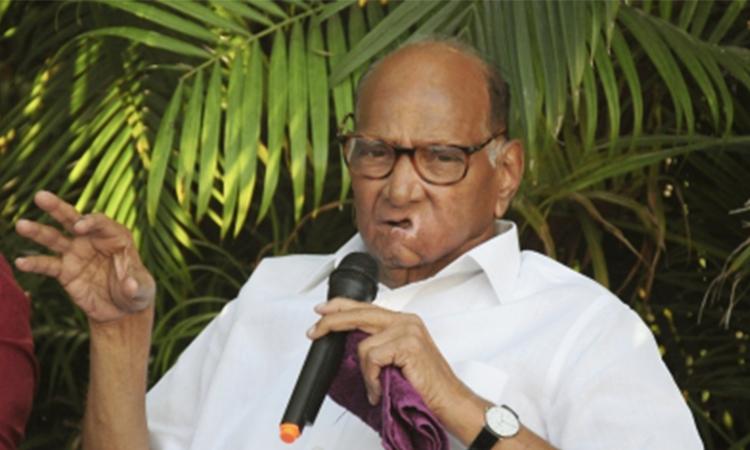 'Juvenile': Sharad Pawar rubbishes Raj Thackeray's comments
IANS - Thursday , 14 April 2022 | 09 : 59 AM
In his 'NCP Special' rally late on Tuesday, Raj Thackeray - the estranged cousin of Chief Minister Uddhav Thackeray - compared Supriya Sule with an elephant, saying that she had different teeth to show (tusks) and to chew. "When there is a raid (by the Income Tax Department) on Ajit Pawar, then why not on Supriya Sule," he wondered, and even blamed the raids on NCP Minister Nawab Malik on the Pawars. 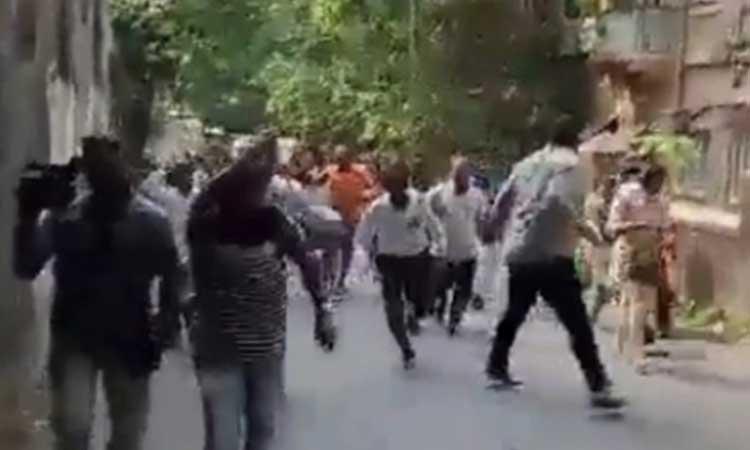 Maharashtra: Transport employees attack Sharad Pawar's home with stones
IANS - Friday , 08 April 2022 | 06 : 04 PM
Small groups of the employees were seen rushing towards the high-security Pawar residence in Silver Oaks Building, broke the security barricades, shouted slogans, and pelted stones, shoes at their home. Taken aback by the unexpected 'attack', NCP MP Supriya Sule, Pawar's daughter, rushed out of the home right into the midst of the agitating state transport workers crowding there and appealed to them to remain calm and sit for negotiations. 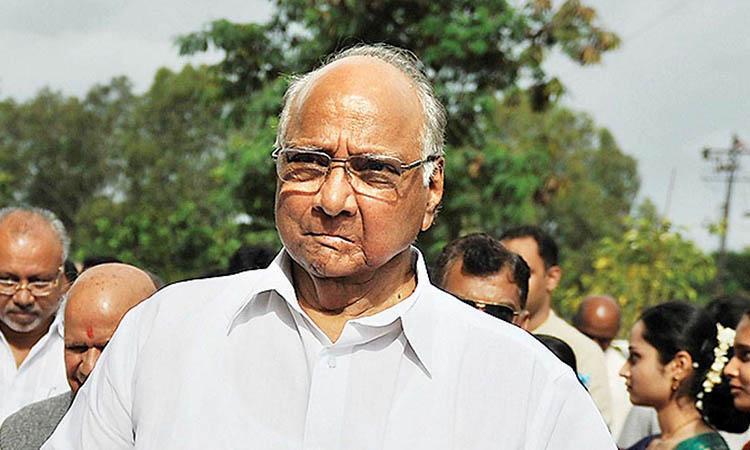 Not Interested in becoming UPA chairperson: Sharad Pawar
Newsmen Politics Desk - Monday , 04 April 2022 | 06 : 10 PM
However, Pawar also added that he is ready to help in uniting the Opposition. Talking to media persons in Kolhapur, Pawar said that some of his party’s youth wing workers recently passed a resolution to make him the chairperson of UPA, but he has zero interest in it.
Advertisement
Advertisement