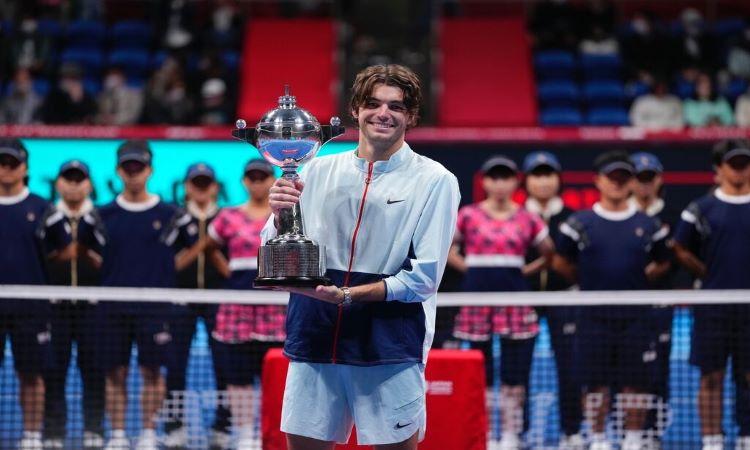 Fritz fires past Tiafoe to clinch Japan Open men's single title
IANS - Sunday , 09 October 2022 | 07 : 20 PM
Immediately following seven days in hotel quarantine in Seoul, Fritz completed a perfect five-day stretch in Tokyo to claim his third title of a career-defining year. With this, the third seed became the 10th different American singles champion at the ATP 500 event and the first since Pete Sampras in 1996. "[It is] crazy, I don't even think it's set in just how fast the last four or five days have been," said Fritz after the match. 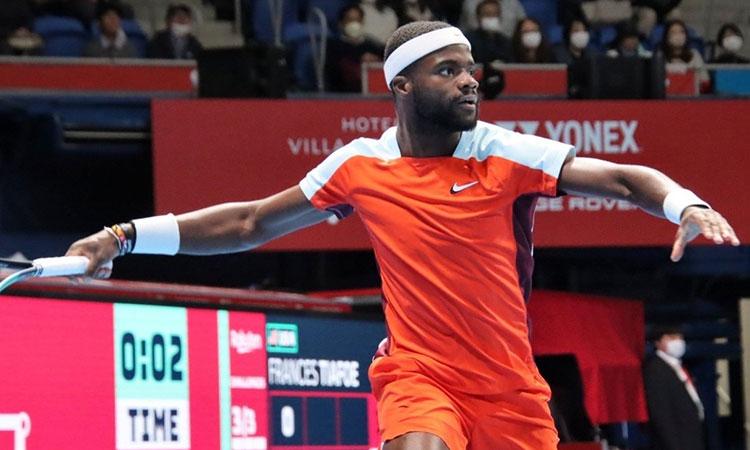 Japan Open: Tiafoe races into semis with win over Kecmanovic
IANS - Friday , 07 October 2022 | 06 : 49 PM
"I was really solid from the start. I was moving really well, I hit the ball well from the back of the court. I made it really tough for Miomir today. He played some great tennis. I was lucky enough to get it done in straight sets. Performances like this are big," Tiafoe said in his post-match press conference. 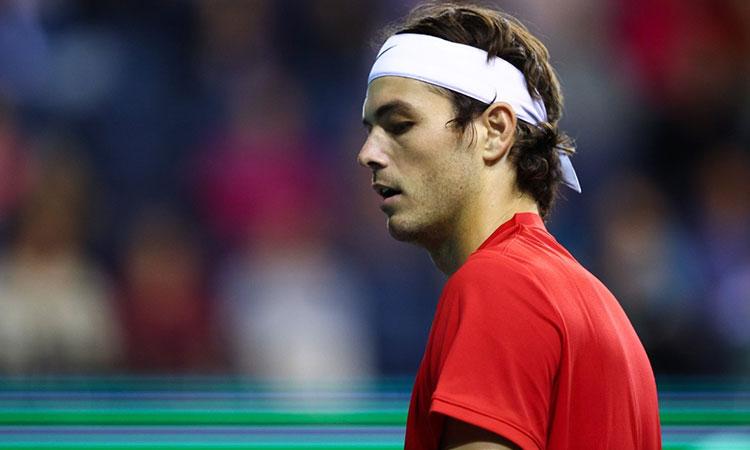 Japan Open: Fritz advances to second round with win over Duckworth
IANS - Thursday , 06 October 2022 | 09 : 35 AM
The third seed Fritz was forced to pull out ahead of the Seoul event last week due to Covid-19. After a week in full quarantine, he was cleared to make the two-hour flight to Tokyo in the nick of time, the morning of his opening-round match against Duckworth. "(I'm feeling) better than I thought I would be."I don't feel amazing, but I'm really happy that I was able to go through all that and still show up and win my match,'' Fritz said in his post-match press conference. 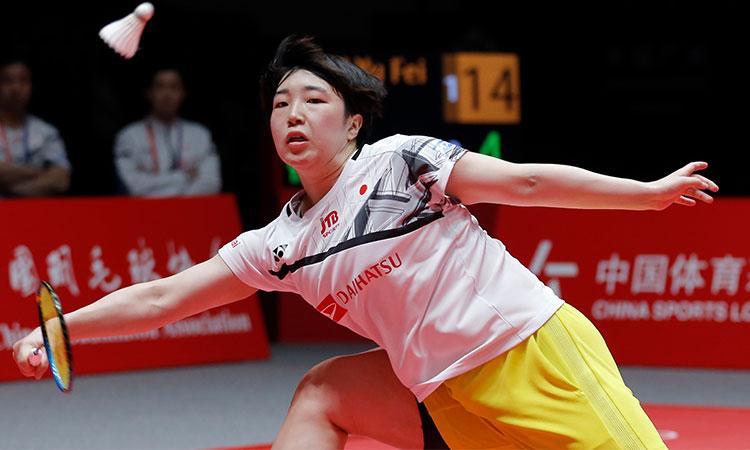 Japan Open badminton: Yamaguchi wins her third singles title
IANS - Monday , 05 September 2022 | 09 : 40 AM
Yamaguchi, who defeated China's Olympic champion Chen Yufei to retain her world title last Sunday, breezed past a fatigued An Se-Young 21-9, 21-15 in just 38 minutes. "We were both tired, but I knew I needed to take control of the game," the 25-year-old Yamaguchi said. "I knew I had to push myself to the limit and use the fans to move me." The men's singles crown was also won by a Japanese shuttler. Kenta Nishimoto scored the biggest victory of his career with an upset victory over fourth seed Chou Tien Chen of Chinese Taipei 21-19, 23-21, 21-17.
Advertisement 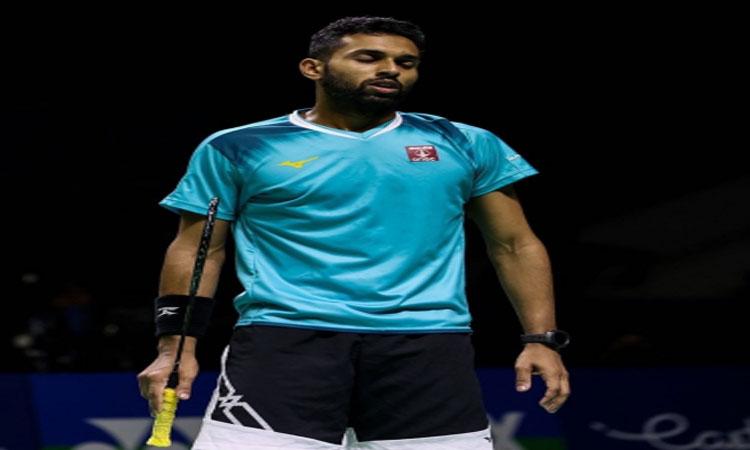 Japan Open 2022: India's campaign ends with Prannoy's loss in the quarterfinal
IANS - Friday , 02 September 2022 | 06 : 54 PM
Up against an in-form Chen, the fourth seed and bronze medallist from the BWF World Championships held last month, Prannoy put up a gritty fight but eventually lost 21-17, 15-21, 22-20 in a marathon clash that stretched for one hour and 21 minutes. The 30-year-old Indian, who had ousted the 2021 world champion, Loh Kean Yew of Singapore, in the pre-quarters on Thursday, made a good start and raced to an 11-7 lead in the first game. 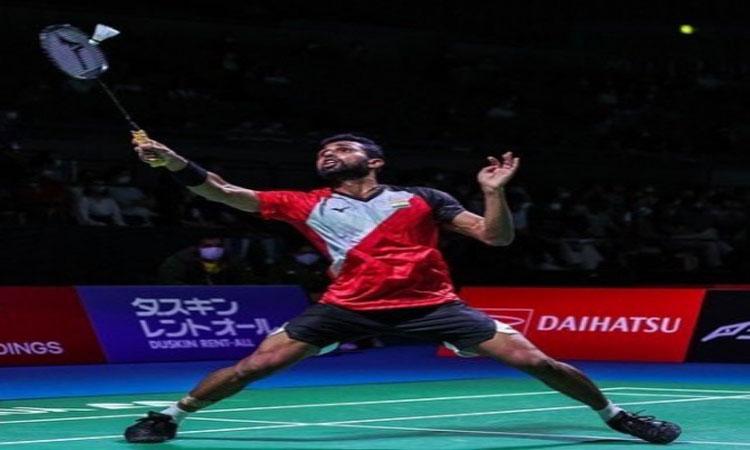 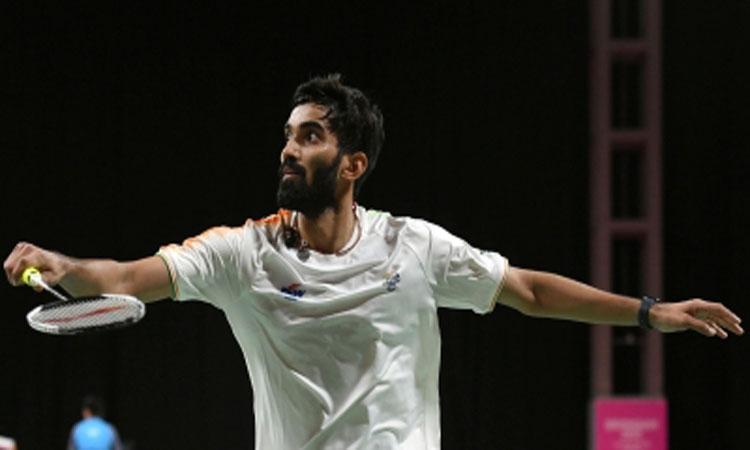 Japan Open 2022: Srikanth advances to pre-quarters; Lakshya, Saina make early exit
IANS - Wednesday , 31 August 2022 | 04 : 59 PM
Former world No. 1 Srikanth outplayed Malaysia's Lee Zii Jia, an All England champion and fifth seed at the BWF Super 750 event, 22-20, 23-21 in a thrilling encounter. "It was a close match and could have gone either way but I am happy with the way I played. It's important to close out games at this high level because every match is going to be tough," Srikanth said after his victory.

Two-time champion Momota reaches second round at badminton worlds
IANS - Tuesday , 23 August 2022 | 10 : 32 AM
Momota took only 37 minutes to see off the 82nd-ranked Munoz 21-16, 21-14. The local favourite will next face India's H.S. Prannoy. Third seed Anders Antonsen of Denmark became the biggest name to crash out in the first round as he went down to Japan's Kenta Nishimoto 21-15, 21-19.
Advertisement 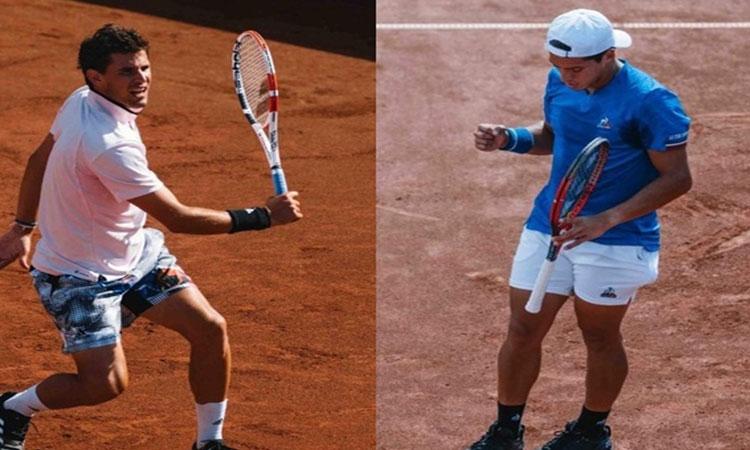 Nordea Open: Baez ends Thiem's Bastad run with three sets victory
IANS - Saturday , 16 July 2022 | 10 : 42 AM
Baez quelled a second-set comeback by Thiem as he went on to win 6-2, 6-7(5), 6-4 in a hard-fought contest. The Argentine soaked up Thiem's heavy ball striking and recovered from squandering a match point on the Austrian's serve at 5-4 in the second set to eventually advance after two hours and 51 minutes.
Advertisement