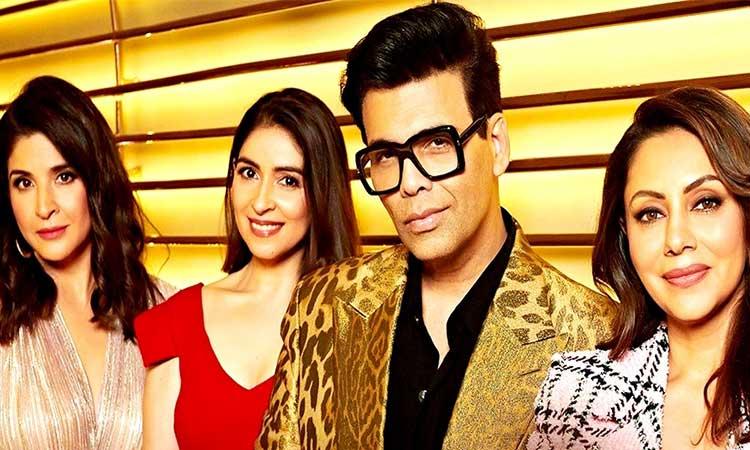 Gauri Khan advises Suhana to not date 'two boys at once'
IANS - Monday , 19 September 2022 | 04 : 16 PM
In the trailer of the upcoming episode, Karan asked Gauri about her dating advice for Suhana. "Never date two boys at the same time," she said with a laugh. Talking about which actor she would like to team up with, actor and producer Sanjay Kapoor's wife Maheep named Hrithik Roshan, adding that she thinks she would look good with him. 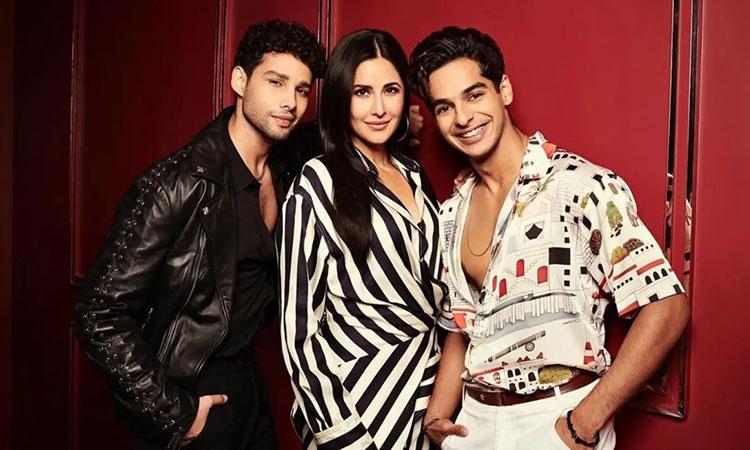 Siddhant was 'very nervous' while working with Katrina in Vicky's presence
IANS - Thursday , 08 September 2022 | 08 : 16 PM
Siddhant, Katrina and Ishaan recently appeared in an episode of popular chat show 'Koffee With Karan' Season 7 where show host Karan Johar asked if Siddhant ever got intimidated with Katrina's presence. Responding to the question, Siddhant cheekily said: "I think it was the first time we did the scene together. I was very nervous, because Vicky was there." 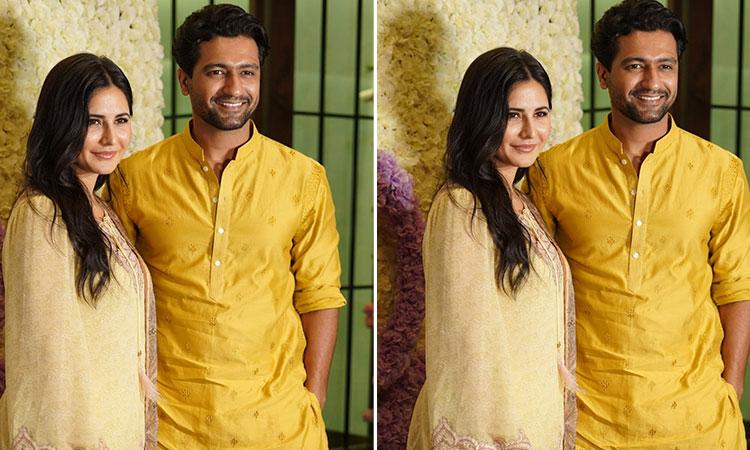 Vicky was never on my radar, says wife Katrina
IANS - Wednesday , 07 September 2022 | 07 : 53 PM
Katrina Kaif spoke about her husband on the tenth episode of 'Koffee With Karan' Season 7, which will also have Ishaan Khatter and Siddharth Chaturvedi. Sharing the finer details of her relationship with Vicky, Katrina shockingly shares how the beloved star was never on her "radar". 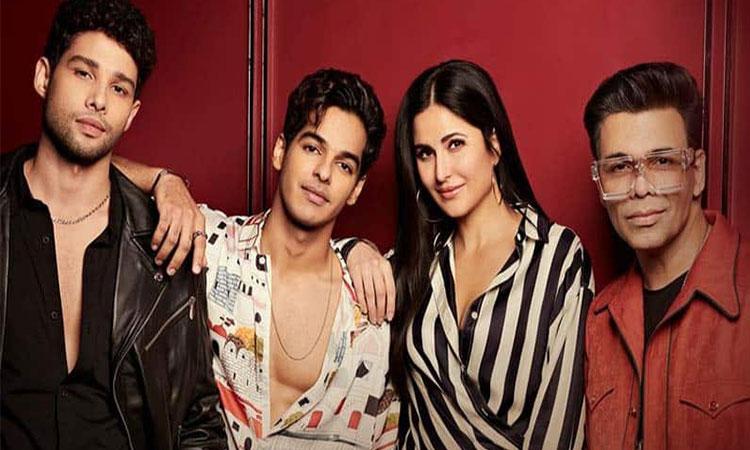 Katrina Kaif shares a solution to the 'suhaag raat' conundrum
IANS - Monday , 05 September 2022 | 04 : 18 PM
While Alia Bhatt dismissed the concept of suhaag raat as a myth, recently married Katrina, who is the wife of actor Vicky Kushal, shared a smarter solution for tired couples to follow. "It does not always have to be a suhaag raat. It can also be a suhaag din," the actress said.
Advertisement 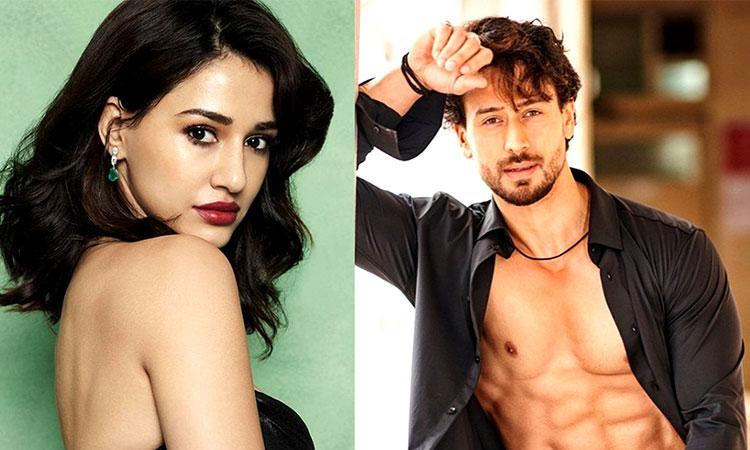 Tiger Shroff finally breaks silence on his relationship with Disha Patani
IANS - Thursday , 01 September 2022 | 02 : 14 PM
When Karan probed him about dating Disha, the 'War' star said: "I'm just very good friends just like I always have been." To which Karan replied by saying: "You can't use that line anymore, Tiger." "You all made Bastian become the hottest restaurant because every Sunday we saw you in and out to a point I was like, 'This is like a routine. 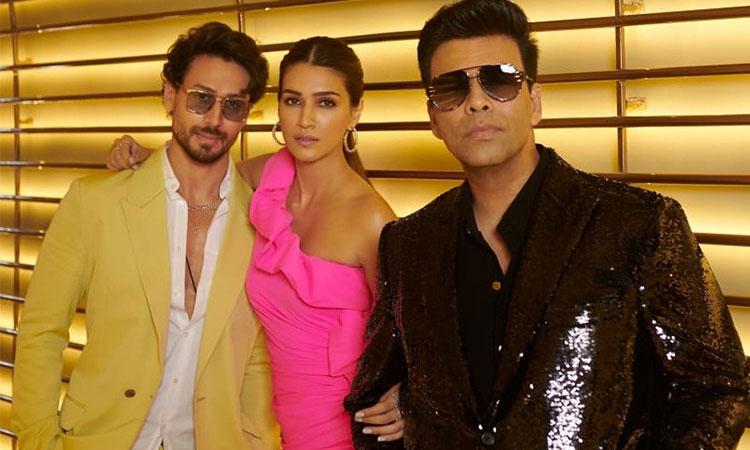 Tiger Shroff has always been infatuated by Shraddha Kapoor
IANS - Wednesday , 31 August 2022 | 03 : 41 PM
The ninth episode of 'Koffee With Karan' Season 7 will feature - Tiger Shroff and Kriti Sanon. Tiger finally reveals his relationship status. "I am single. I think so at least and I am currently looking around," said the star. However, the star did not just stop at the mere acceptance of his singlehood. He also went ahead to manifest a name that very few have linked with him. 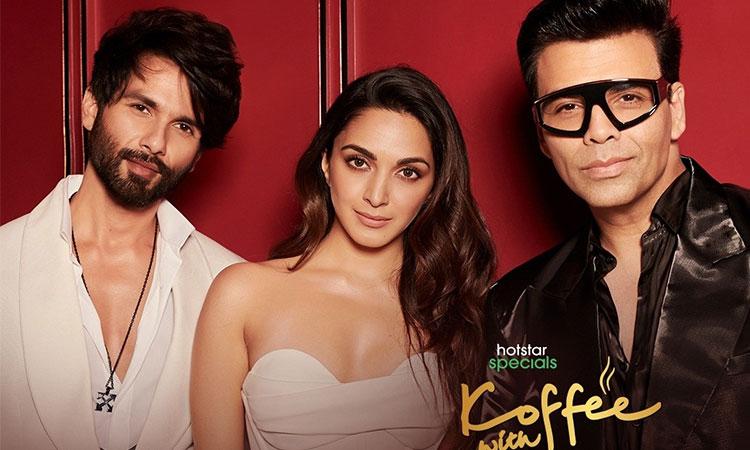 Kiara admits she's 'more than close friends' with Sidharth Malhotra
IANS - Monday , 22 August 2022 | 05 : 30 PM
In the eighth episode of Season 7 of his show, KJo, who is known for manifesting Bollywood love stories on the 'Koffee With Karan' couch, engaged in a chat with Kiara as she openly admitted that she and Sidharth are "more than close friends". 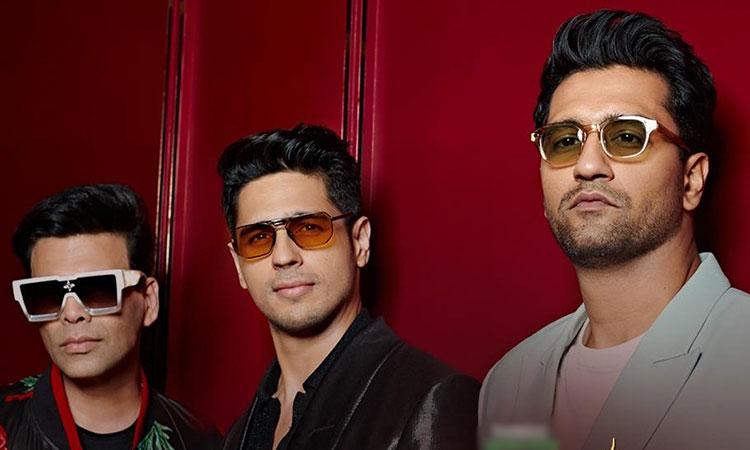 Sidharth finally reveals his 'future plans' with Kiara on 'Koffee With Karan'
IANS - Tuesday , 16 August 2022 | 05 : 03 PM
In the upcoming episode, fans will catch a glimpse of Vicky and Sidharth talk about the 'Uri: The Surgical Strike' actor's wife Katrina Kaif and Sidharth's rumoured girlfriend Kiara Advani. The promo clip shows the three personalities recalling the time Vicky was told about Katrina's comment about how they will look good together. The 'Raazi' star pretended to swoon back then and he recreated the same this time, falling in Sidharth's lap. Sidharth quipped: "Iska toh roka hua tha yahan pe (he had a roka right here on the couch)."
Advertisement
Advertisement