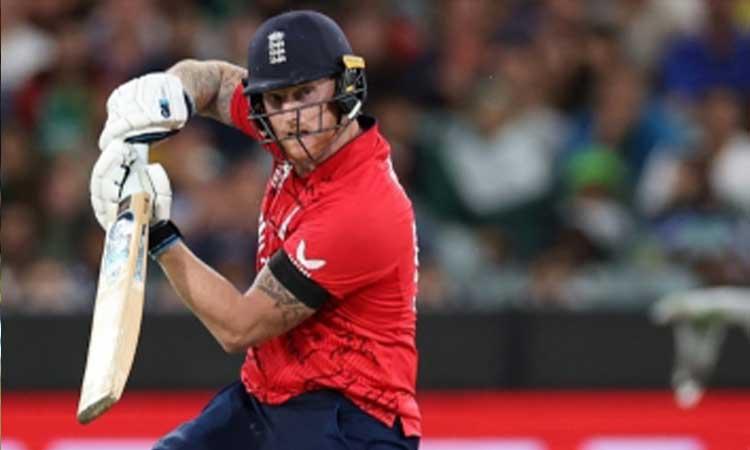 T20 World Cup: 'He's a guy who everyone follows,' Stokes hails England's new legacy under Buttler
IANS - Monday , 14 November 2022 | 09 : 21 AM
Left-arm pacer Sam Curran (3/12) and leg-spinner Adil Rashid (2/22) bowled brilliant spells to restrict Pakistan to 137/8 before an unbeaten fifty from Stokes (52 not out off 49) helped England crown themselves as winners of Men's T20 World Cup with a five-wicket victory. England added the T20 World Cup to their 50-over title, becoming the first team in men's cricket history to hold both trophies simultaneously. 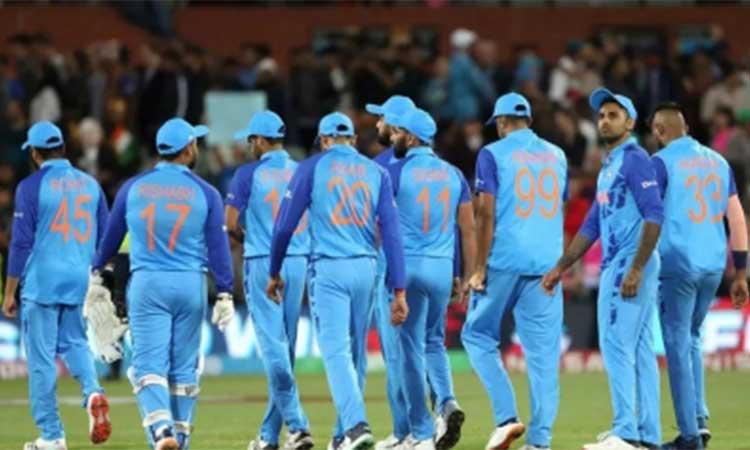 'It's just a game' - A fact or a solace!
IANS - Monday , 14 November 2022 | 09 : 06 AM
It can be said for the neighbouring nation as well, as for both the countries cricket is above everything. By everything means food, education, jobs, corruption -- particularly on those days when their team is playing. Well, let's back to cricket crazy nation India, the people here are now trying to calm their hearts out following Rohit Sharma-led side's humiliating 10-wicket defeat in ICC T20 World Cup semis against England. 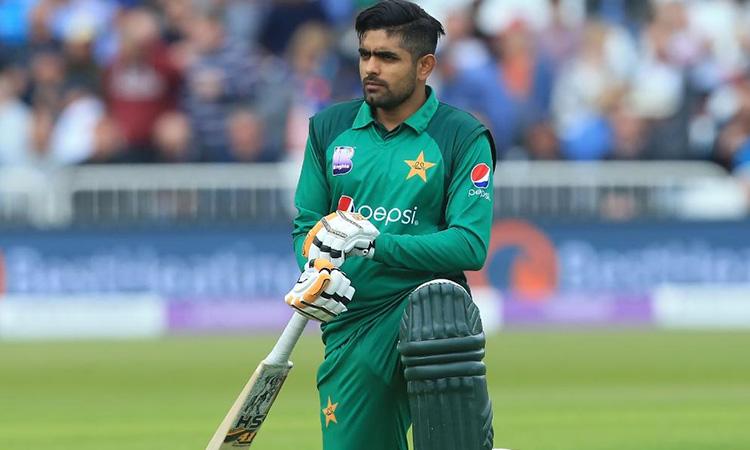 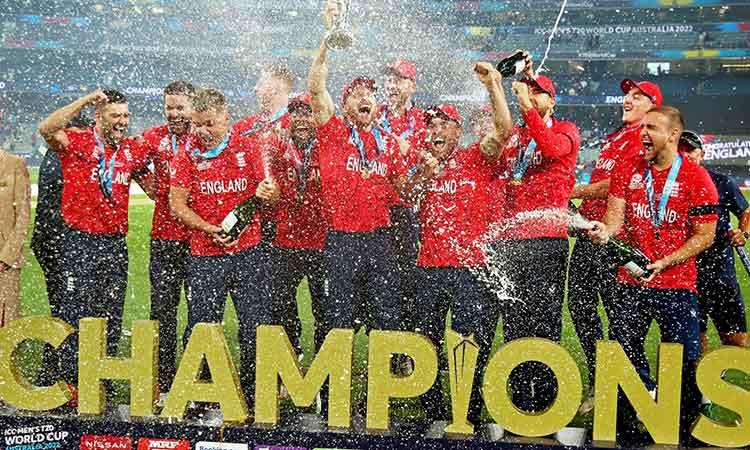 T20 World Cup: England players soak in the feeling of being crowned as tournament winner
IANS - Sunday , 13 November 2022 | 09 : 00 PM
Player of the Match and Player of the Tournament, Sam Curran (3/12) was impressive upfront and in death overs, while Adil Rashid (2/22) was stunning in the middle overs as England's meticulous planning and tactics, especially in the second half of the innings, meant they never let Pakistan get away at any stage to restrict them to a below-par 137/8 in 20 overs.
Advertisement 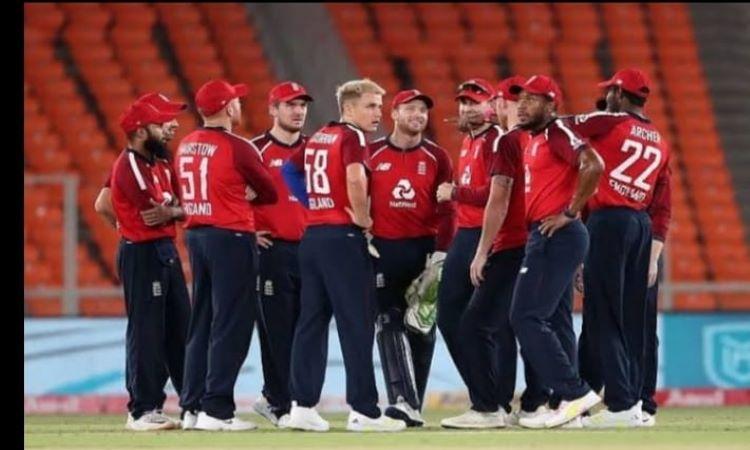 'England are the best white ball team in the world': Cricket legends congratulate Three Lions on T20 World Cup win
IANS - Sunday , 13 November 2022 | 08 : 35 PM
Left-arm pacer Sam Curran and leg-spinner Adil Rashid bowled brilliant spells to restrict Pakistan to 137/8 before an unbeaten fifty from Ben Stokes helped England crown themselves as winners of Men's T20 World Cup with a five-wicket victory achieved with an over to spare in front of 80,462 fans at the Melbourne Cricket Ground. 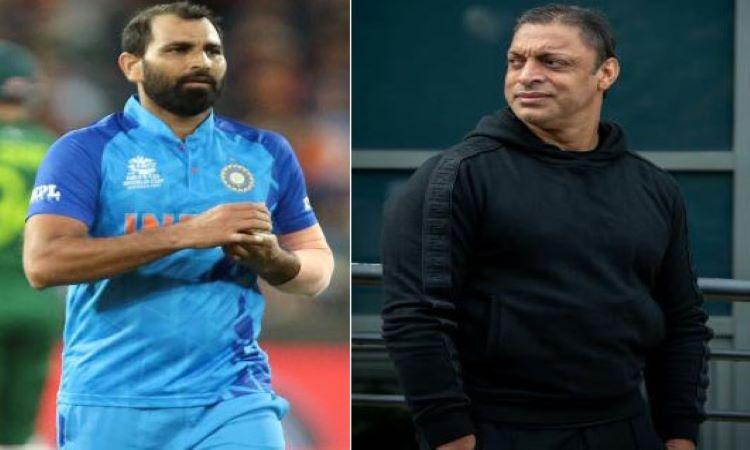 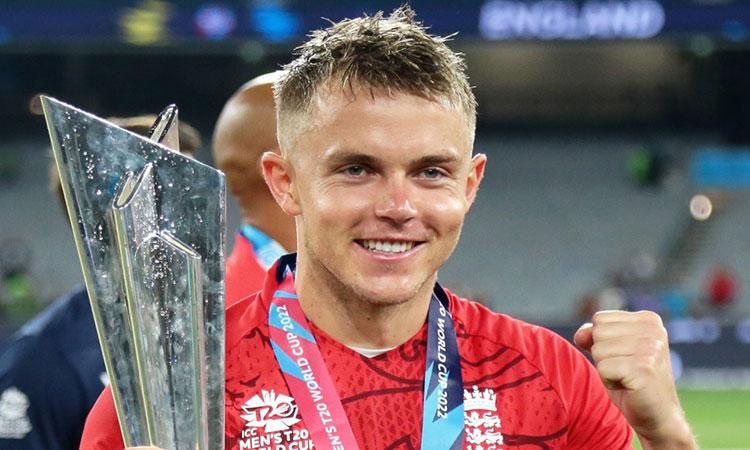 T20 World Cup: Ben Stokes should be getting Player of the Match award, says Sam Curran
IANS - Sunday , 13 November 2022 | 07 : 49 PM
In the finale at the Melbourne Cricket Ground, Curran bowled two overs in power-play and two more in the death overs and didn't conceded a single boundary. "They had big square boundaries, so into the wicket, it offered for the seamers, nipping around and a challenge for the chase. The way I bowl, I go into the wicket with my slower balls and keep the batsmen guessing. We are World Champions, how good!" he added. 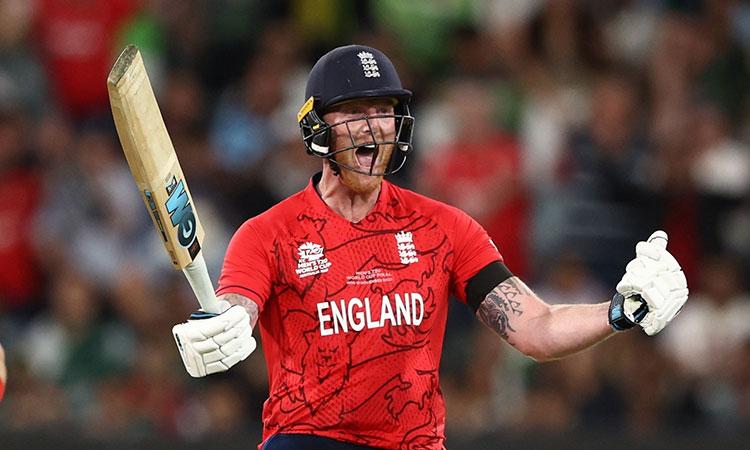 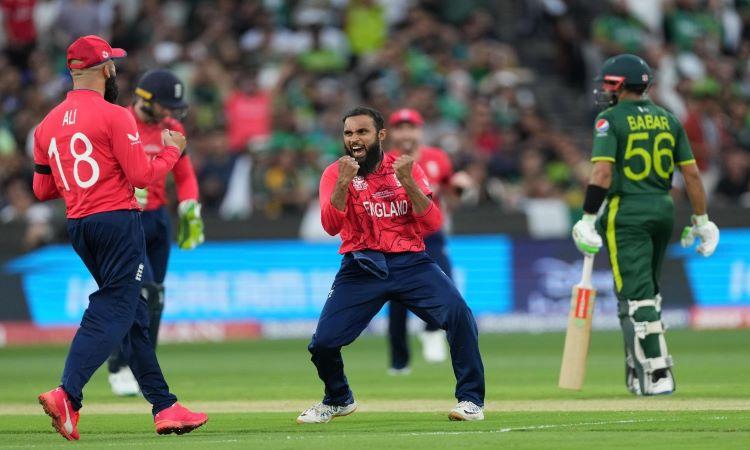 T20 World Cup: Getting wickets gave me the confidence to bowl it slower, says Adil Rashid
IANS - Sunday , 13 November 2022 | 04 : 48 PM
Post power-play, Rashid made an immediate impact in the middle overs as he deceived Mohammad Haris with flight on his first ball of the night and the right-handed batter gave a simple catch to long-on. In the 12th over of the innings, which was a wicket-maiden, he had cramped captain Babar Azam for a slice on a googly through the off-side, and the ball came back to Rashid for a low catch to his right. 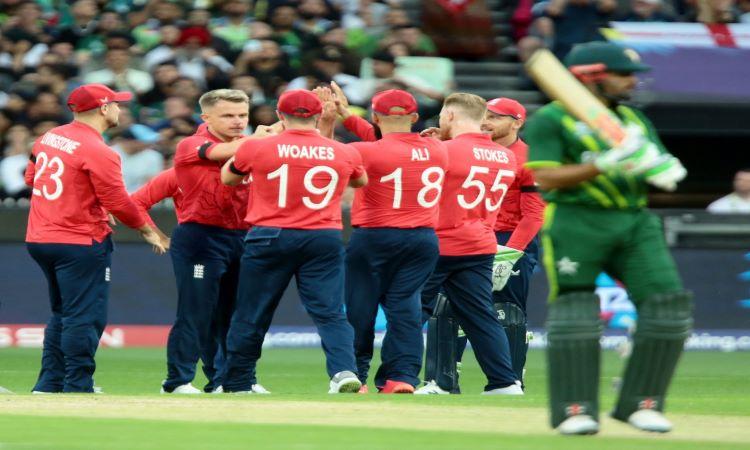 T20 World Cup: Curran, Rashid star in England's impressive bowling show to restrict Pakistan to 137/8
IANS - Sunday , 13 November 2022 | 04 : 38 PM
Electing to bowl first in overcast conditions, Curran (3/12) was impressive upfront and in death overs while Rashid (2/22) was stunning in the middle overs as England's meticulous planning and tactics, especially in the second half of the innings, meant they never let Pakistan get away at any stage. Both teams were off to a nervy start - Ben Stokes kickstarted the final by bowling England's first no-ball of the tournament. He then bowled a wide down the leg-side and ended up conceding eight runs in the opening over.
Advertisement